The prints on this 2,000-year-old Roman roof tile proves cats were kept as pets – and sometimes got in the way. 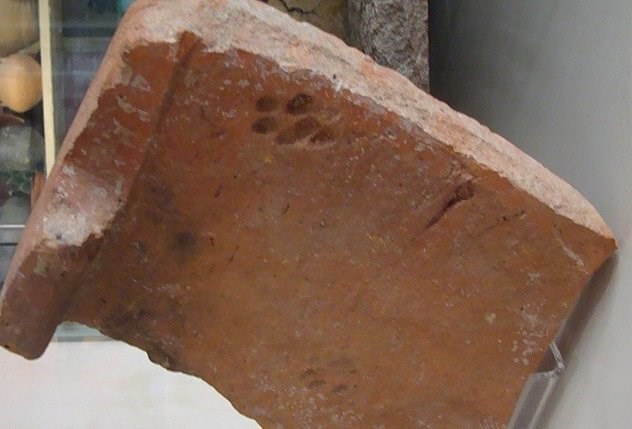 Paw prints made by a cat 2,000 years ago have been found on a Roman roof tile kept at a museum in south west England.

Dug up in Gloucester in 1969, the tile fragment had long lain unnoticed at Gloucester City Museum. Only recently, a researcher spotted the cat’s paw on the tile while going through the finds from the 1969 archaeological excavation. Not surprisingly, the cat is thought to have run across the wet clay tile when it was left out to dry in about AD100. It is possible the cat was a Roman army cat, the pet of a Roman soldier who stationed at the site.

Click here to see 16 Pictures Of Cats Who Came To Say ‘Hi’, And Melted Everyone’s Hearts!