Dramatic Rescue of Kittens by Firefighters 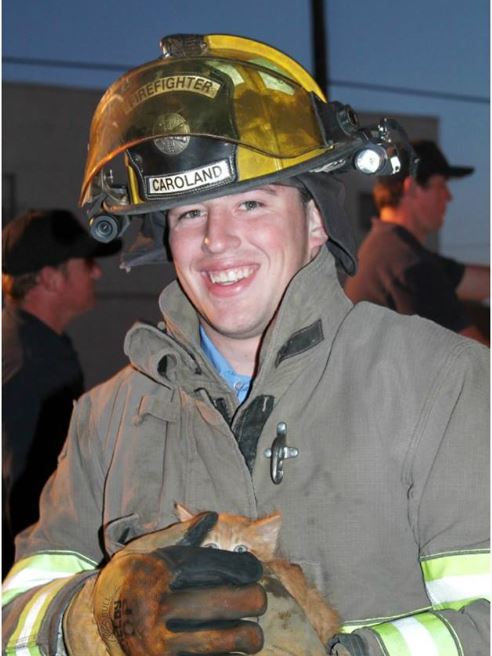 The kittens had been trapped, motherless, for a number of days on top of a cinema when they were spotted by a local and the fire brigade were alerted. Had they had been left they much longer they would have drowned in the standing water.

Local firefighter Dustin Caroland said “There was about six inches of still water on the roof…they were too small to climb through the water. We got in a little chase with them, but we caught them pretty easy because they were more scared of the water then they were of us.”

It was believed that the water was the cause of their mother abandoning them.

The two orange kittens were shaken, hungry, but otherwise ok and are now being cared for by Cindy’s Hope For Precious Paws in Clovis, New Mexico.