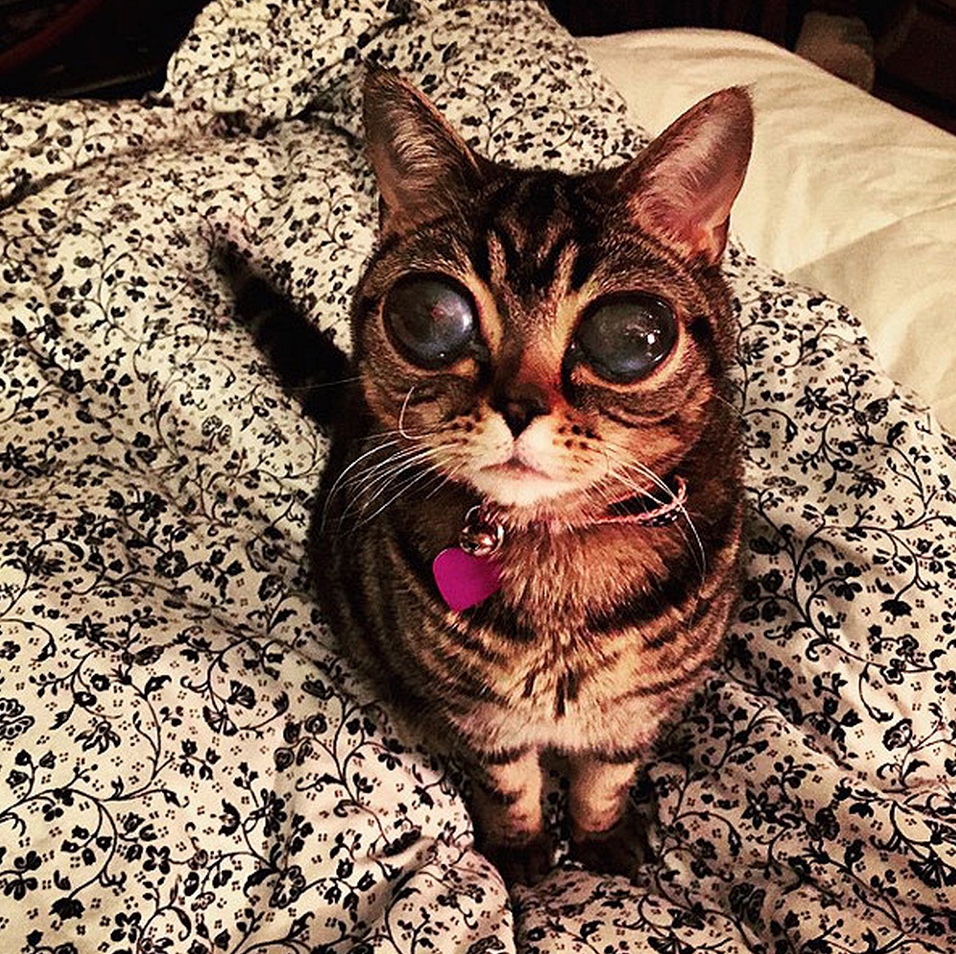 This is Matilda, she came crashing down to earth on Valentines day 2013 and was found by an animal rescue centre. 12 weeks later she was adopted by her forever family who became her loyal servants. 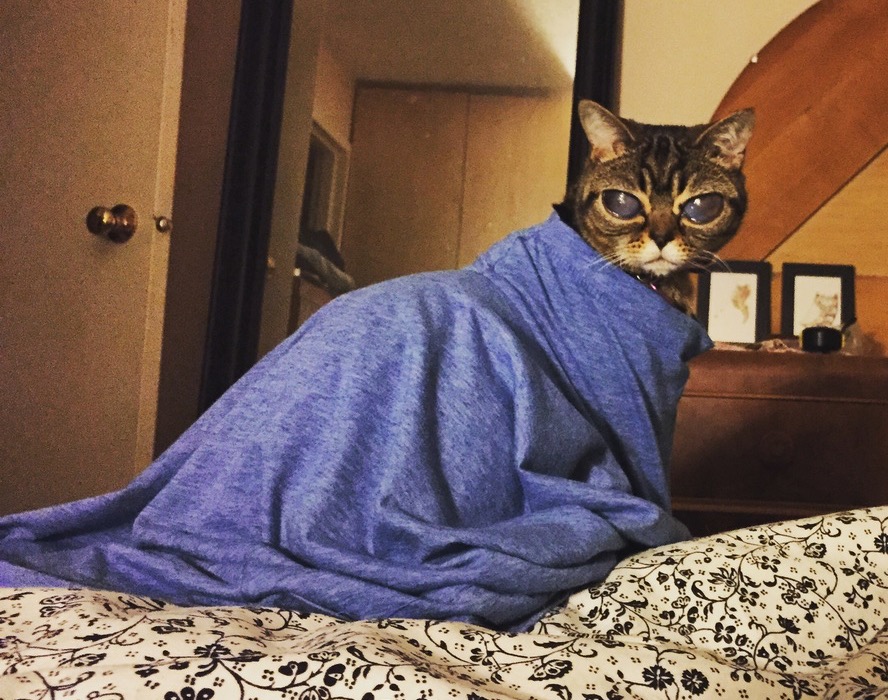 She soon settled in to her new position of human overlord but it became apparent that Matilda was no ordinary cat because shortly after her first birthday, her right pupil became enlarged and stayed that way for several minutes. She was rushed to the vet but nothing was found that would explain what was happening to her. After many more visits and lots of tests it was discovered that Matilda had feline leukaemia. 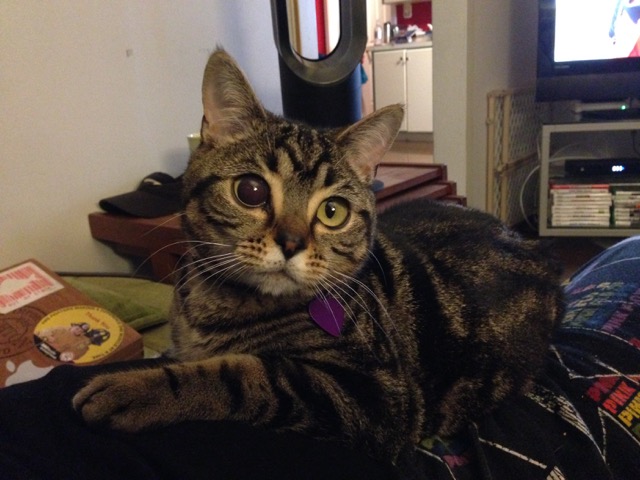 Her adopted family decided to try and contact the families of her siblings to let them know about Matilda’s condition and it turned out that they too had been trying to contact them as two of Matilda’s siblings had also contracted a mysterious eye condition. 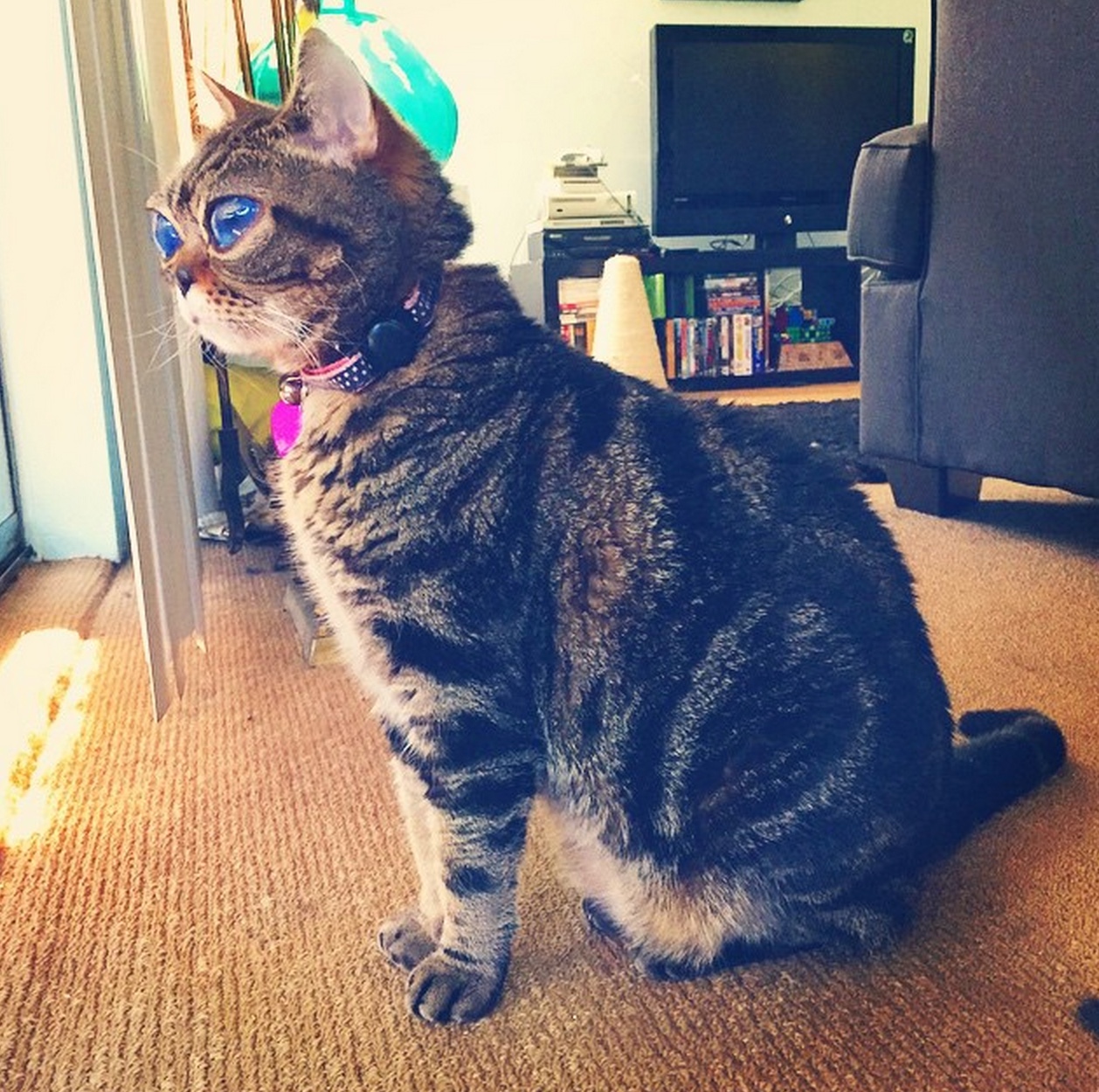 After consulting with a specialist it was discovered that Matilda did not have leukaemia (phew!) but a condition known as spontaneous lens luxation, which means that the lens detached from the rest of the eye for no known reason. Eventually, both of Matilda’s lens detached, giving her the ‘out of space’ look she has today.

Her humans said this “Unfortunately for Matilda, her lenses have rested in such a way that they have caused the eyes to become enlarged and the problem continues to progress. She is developing glaucoma and will inevitably have to have surgery despite the difficult healing process. She remains in good spirits and loves all the attention she gets because of her condition.” 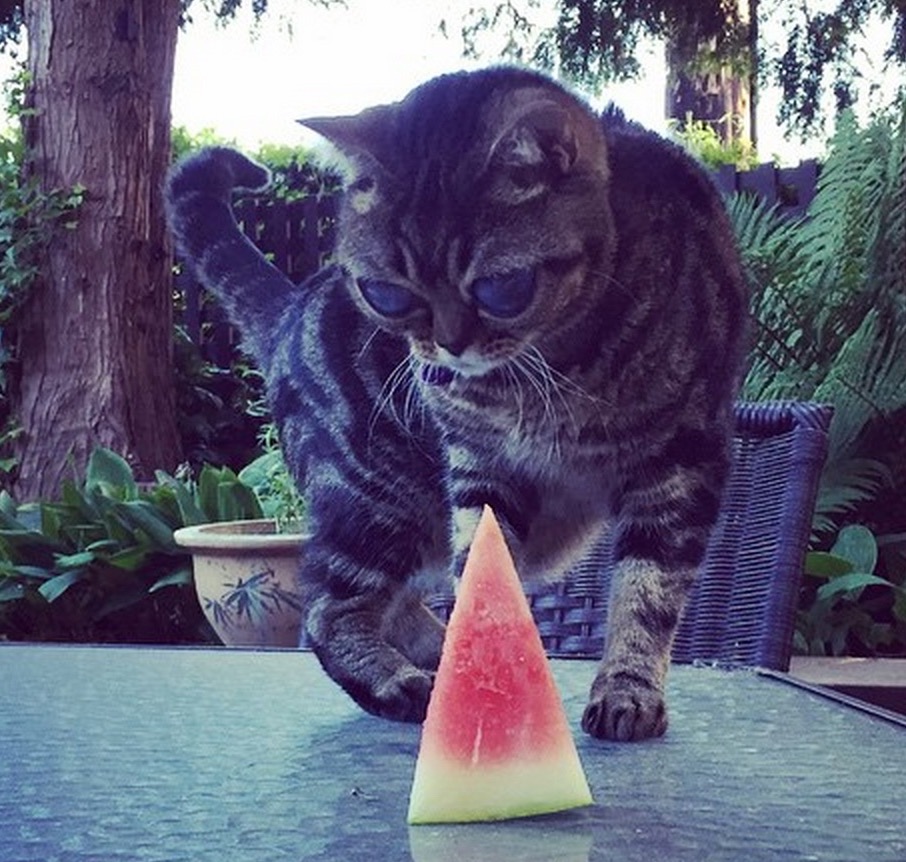 Her humans have set up a GoFundMe account to help pay for Matilda’s future surgery, you can make a donation here.