Nothing is worse than losing your own children. And it’s just as painful for animals as well, like one mother cat in Xi’an, China, whose two kittens were brutally stabbed and even decapitated on the street. 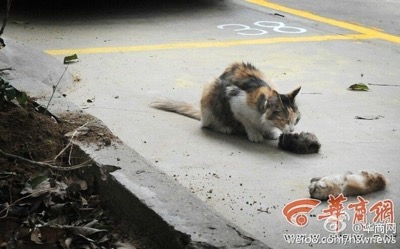 The two poor kittens were discovered by an old lady surnamed Yang who has been taking care of homeless cats in the neighbourhood for the past few years. Mrs. Yang spotted the mother walking back forth, meowing constantly at her two dead kittens, licking them, trying to wake them back up. 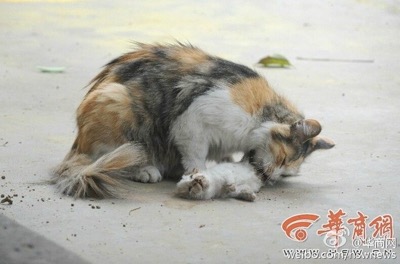 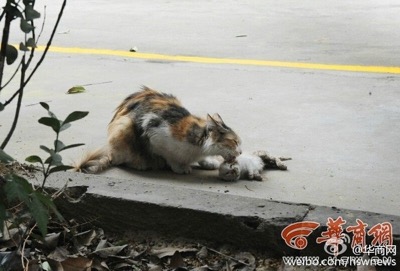 Mrs. Yang said that she was terribly shocked when she found that one kitten had had its head cut off, while the other one had been stabbed in the stomach, Sina reports. 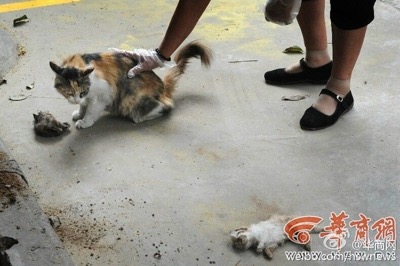 Mrs. Yang buried the two kittens, while the mother looked mournfully on. 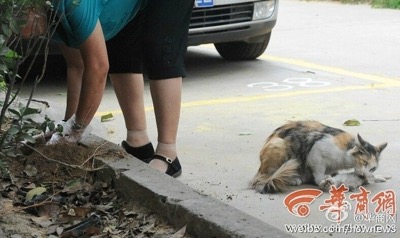 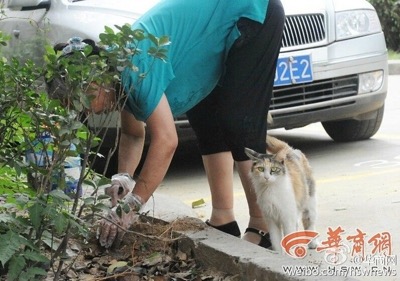 What would motivate somebody to do such a hateful act? The human world that we live in can be very cruel indeed. 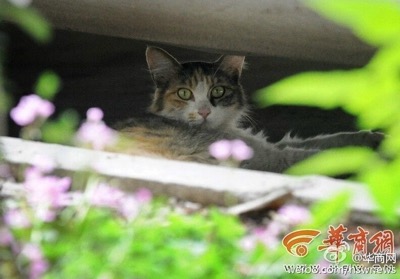