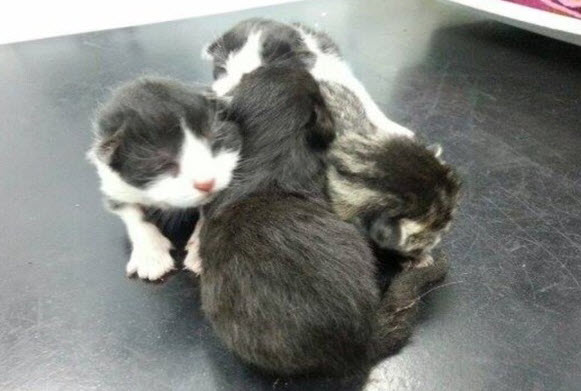 Two newborn kittens that were just one hour old had to be rescued by fire fighters from a kitchen utility pipe in a house in Braintree, UK.

Four year old mother cat, Theo, had decided to give birth to her 4 kittens in a kitchen cupboard in the wee small hours of the morning, but unbeknown to her there was an open pipe that led directly under the floor and not long after their birth 3 kittens fell inside.

When cat lover Heather Greenall discovered that her moggie was in the cupboard she opened the door to find just one kitten but then realised she could here tiny meowing coming from elsewhere. it was soon discovered that they had fallen into the pipe and she managed to rescue one herself before alerting the fire brigade.

Help was soon at hand and the fire fighters worked for two hours to rescue the newborn kittens. 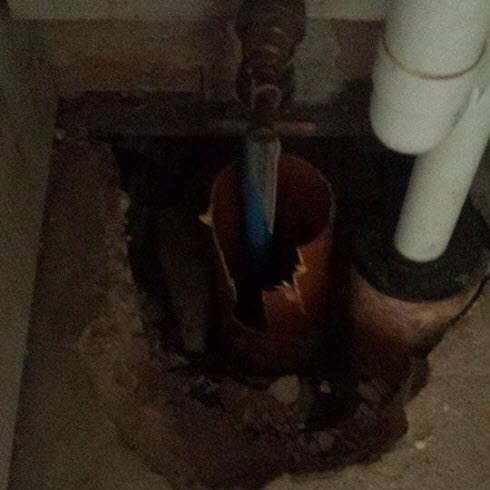 Darren Holiday from the Essex County Fire and Rescue Service said ““Under the cupboard was the inlet pipe for the water main and that was in a larger utility pipe which had not been blanked off. We had to break away some of the floor and then make the hole wider to be able to reach down and get them out. They seemed a little bit cold, but their mother started to look after them straight away so it looked like they will be all right.” 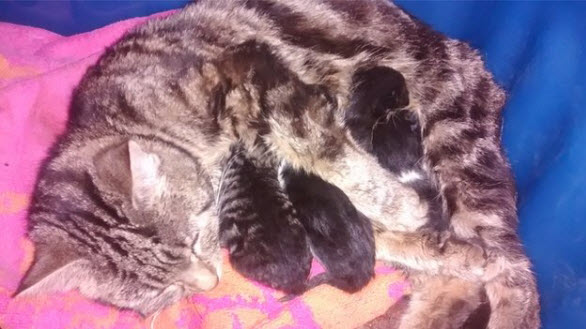 Soon after the kittens were taken to a local vets to ensure that they were well.

Heather said she had planned to rehome the kittens and any money raised would be donated to the fire and rescue service.

An RSPCA inspector who was there to help with the rescue said that the kittens had a lucky escape, they were sitting in cold sludge and had they been there much longer they probably wouldn’t have survived.