The Maine Coon is the adorable giant of the domestic cat world with the largest ever recorded measuring 123cm from the tip of his nose to the tip of his tail. The male of the breed can reach a staggering 16kg in weight.

There are a few myths surround the Maine Coon, one being that they originated from a cat mating with a raccoon, which of course is genetically impossible, Another is that when Marie Antoinette attempted to escape France she loaded a ship with her most prized possessions, including six of her favourite Turkish Angora cats. Although she did not make it to the United States, her pets safely reached the shores of Wiscasset, Maine, where they bred with other short-haired breeds and developed into the modern breed of the Maine Coon.

It is generally accepted among breeders that the Maine Coon is descended from the pairings of local short-haired domestic cats and long-haired breeds brought overseas by English seafarers.

Whatever the history is of this majestic breed, they are big, fluffy and totally adorable! 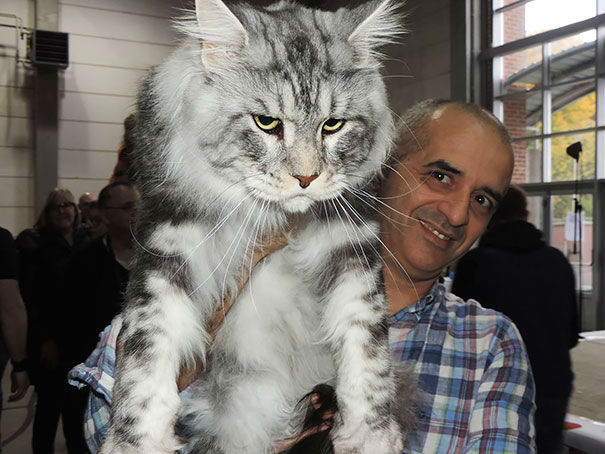 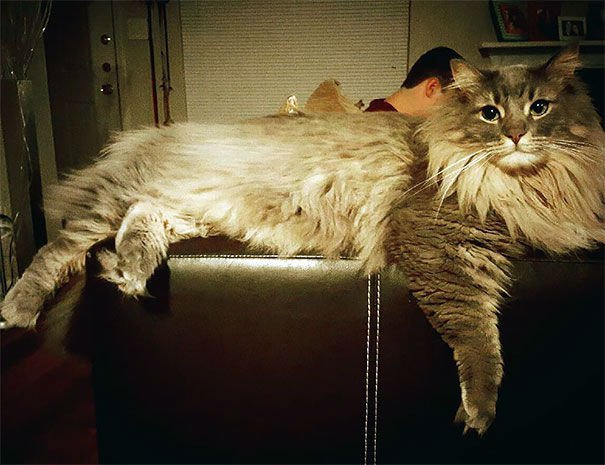 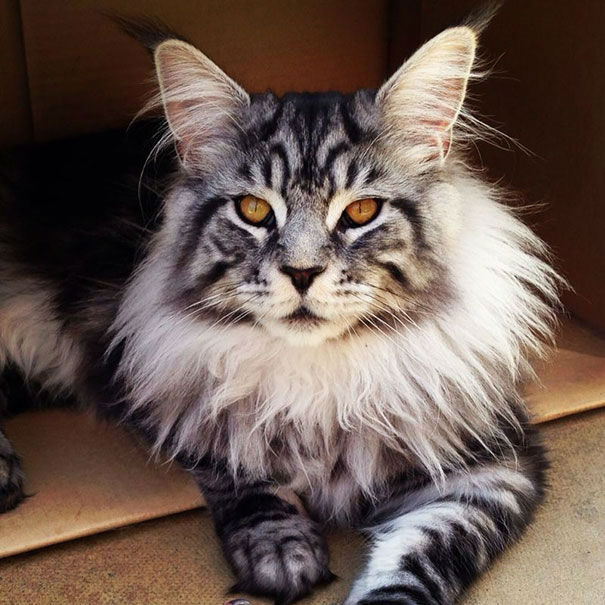 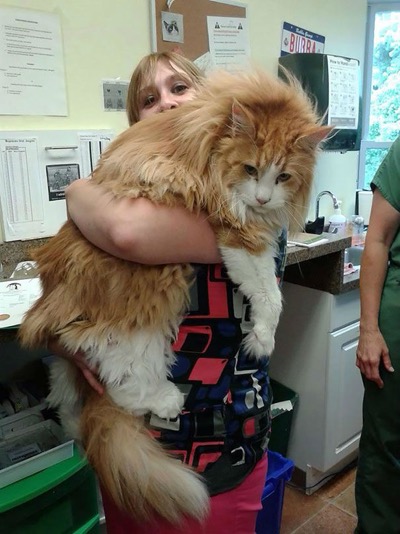 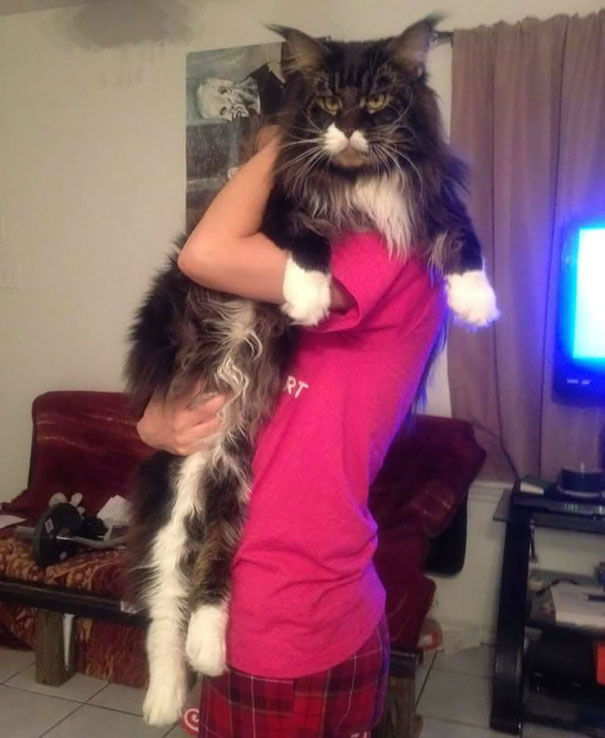 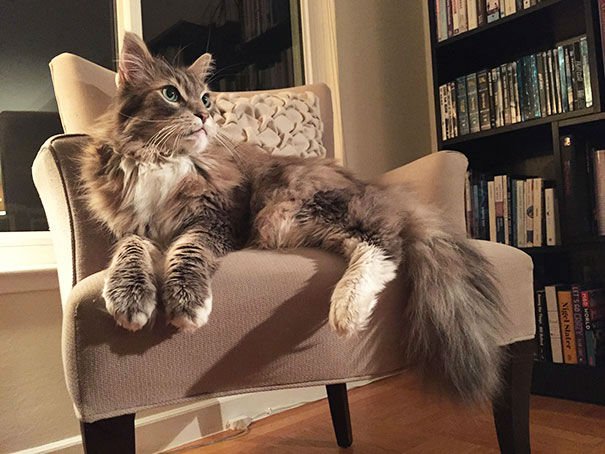 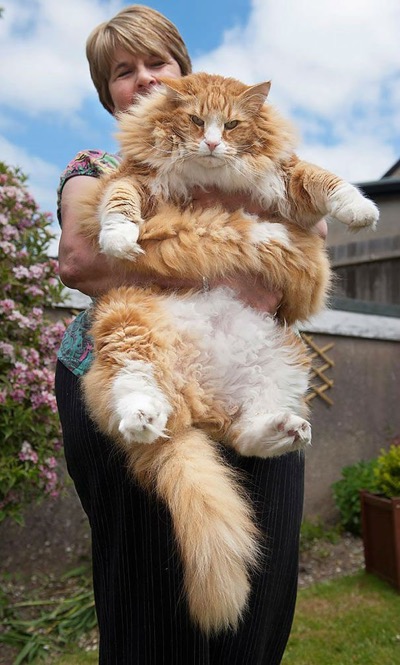 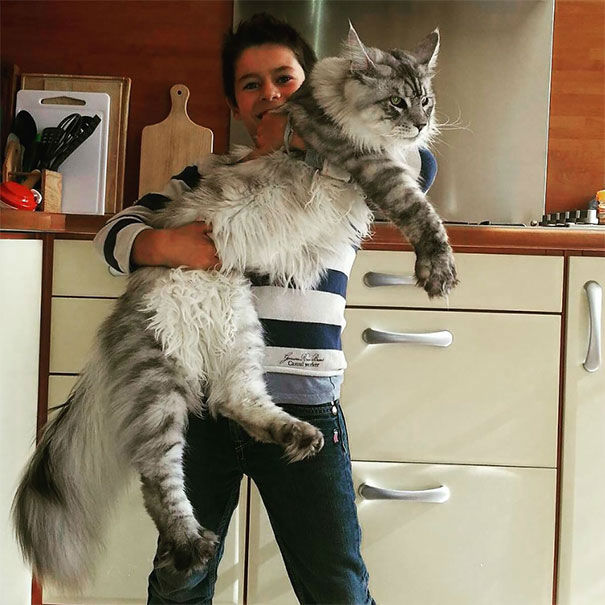 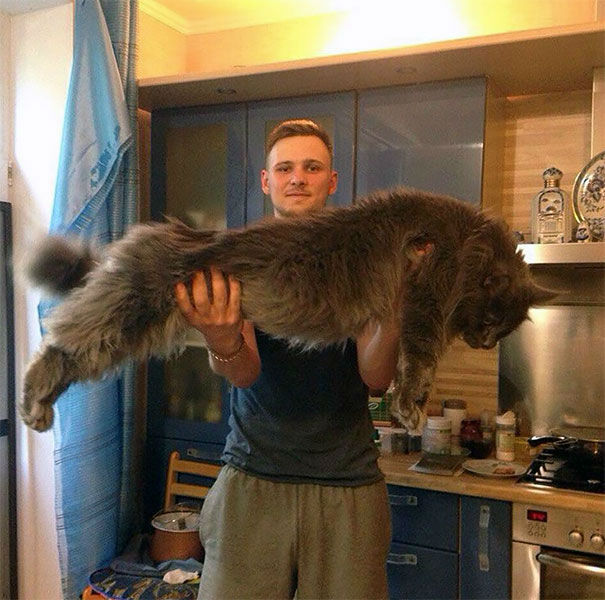 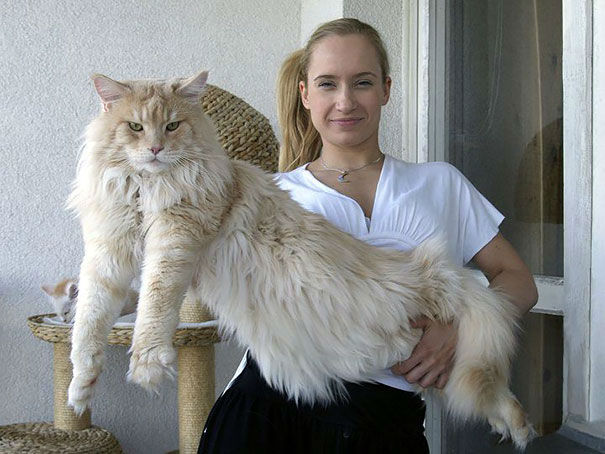 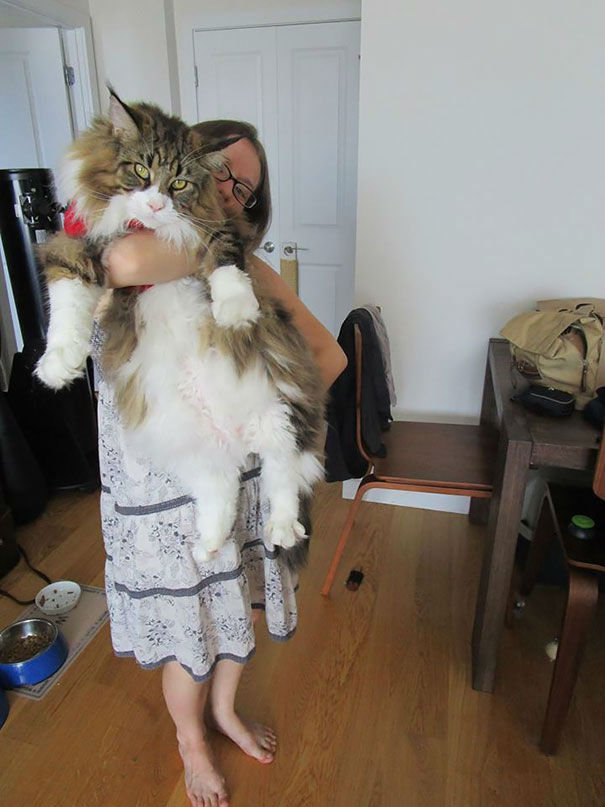 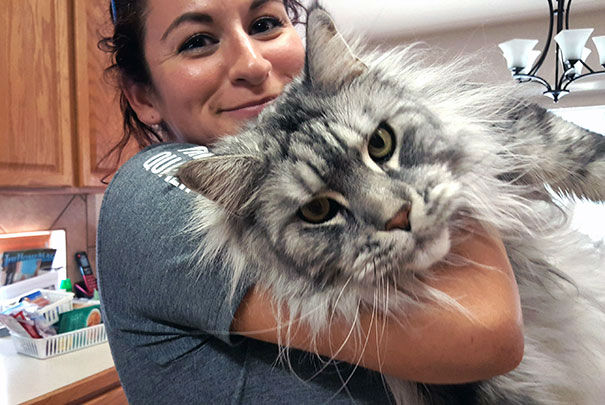 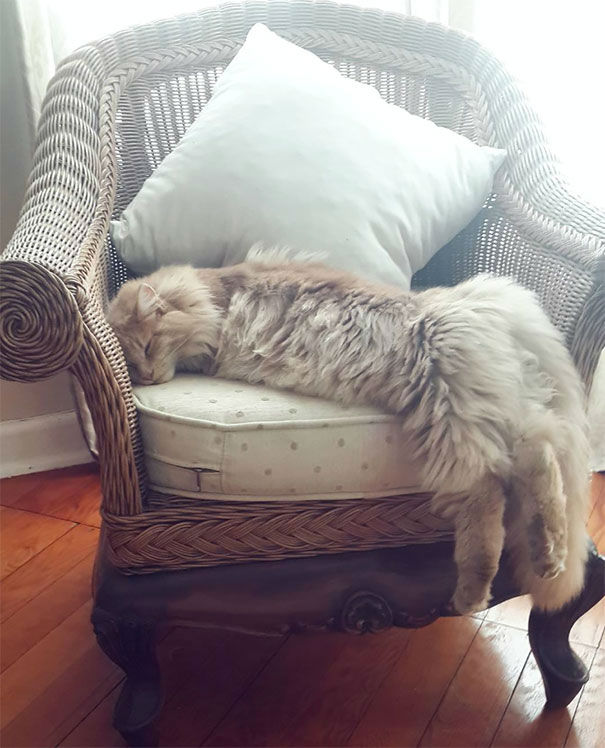 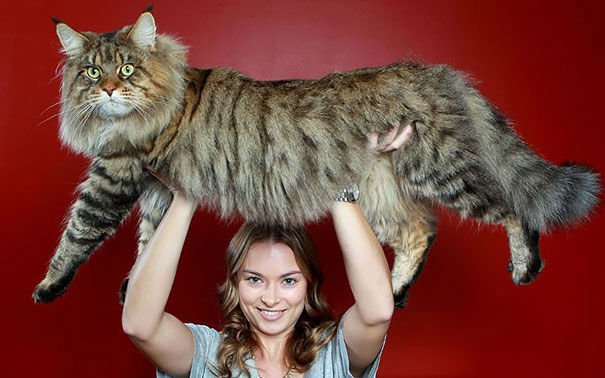 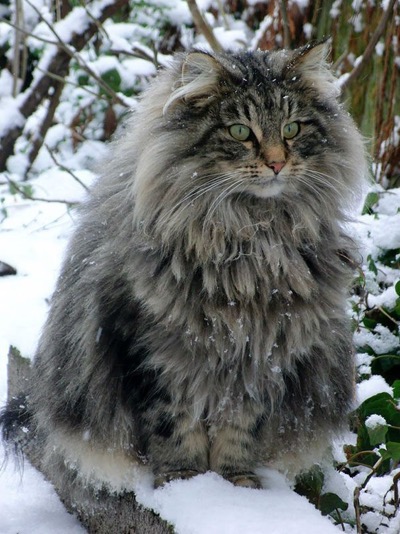 Click here to meet Samson, one of the biggest Maine Coon cats in the world!