Meet Edgar the cat! When he arrived at the shelter he surprised everyone, this 9 year-old kitty was very tall and weighed 21lbs. 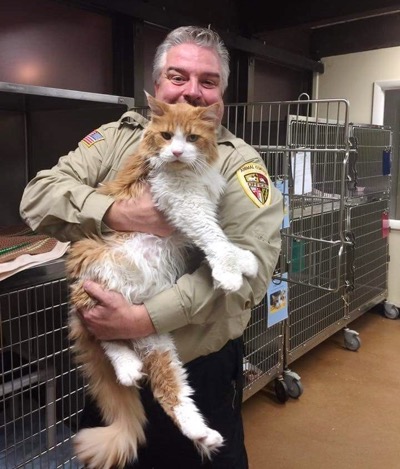 This big ginger and white kitty was left at the Humane Society of Carroll County in Maryland after his family were no longer able to keep him as he and the younger members couldn’t get along. “We were all a bit taken back with his size. He weighed in at 21lbs,” explains Charles Brown, Executive Director of the Humane Society of Carroll County. “As soon an animal comes into our shelter we develop an adoption plan for it. And in Edgar’s case we launched a social media campaign.” 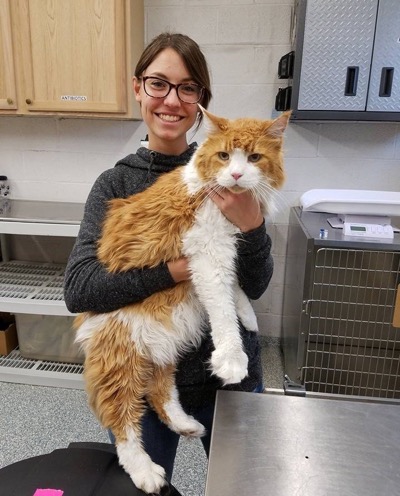 Three hours after the campaign was sent out, Edgar had already found a home. Jenna Marie saw his photo circling on Facebook and was instantly smitten, she had never seen a cat like him before. She suggested to her boyfriend that they should get a feline companion for their resident cat and he quickly agreed. “They headed to the Humane Society to see if they would be lucky enough to take him home. 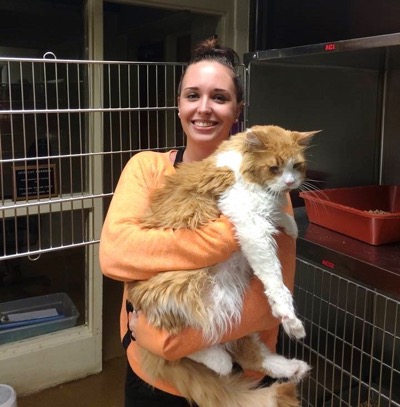 When Edgar met the eager couple, they received the warm and friendly welcome from this gentle giant. “He has the coolest personality. He’s affectionate and very laid back,” said Jenna. It was decided that he was a perfect match. Once at home he get along great with their cat and dog. “He’s settled right in as if he’s been here for a long time already. We absolutely love him!” 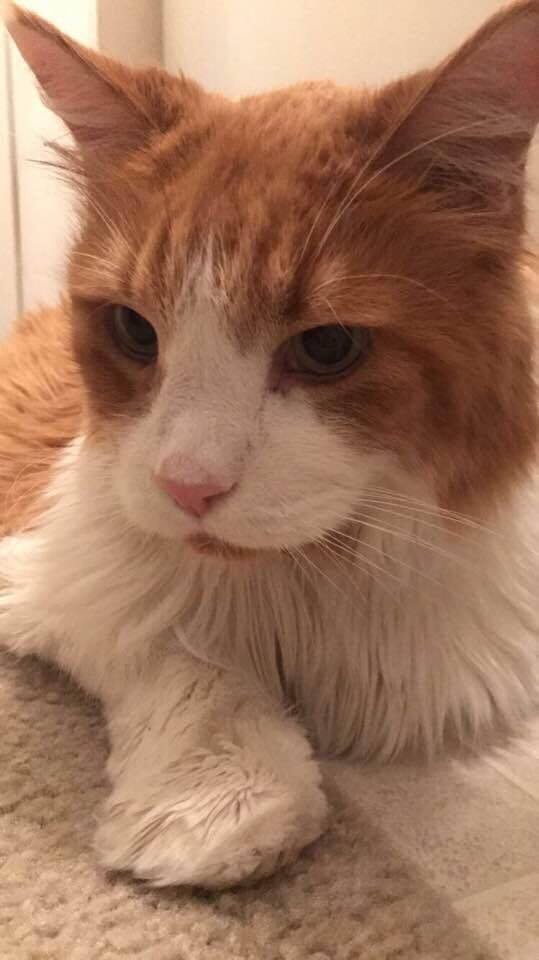 Here’s Edgar and Loki are having some bonding time in their forever loving home. 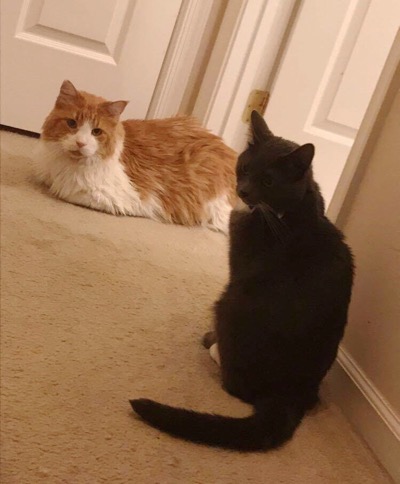 Edgar and the rest of the family couldn’t be happier and he is totally loving his new home. 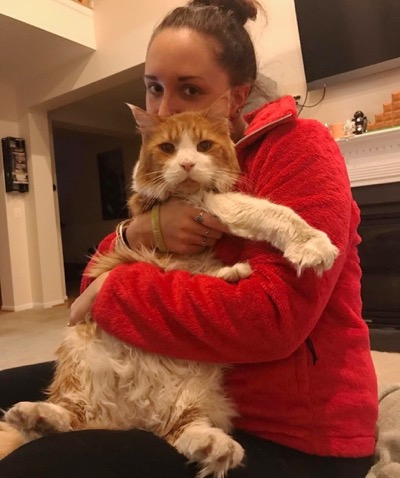 Click here to the world’s biggest Maine Coon watch over his baby brothers!