Loyal Cat Breaks Out of Shelter to Find His Forever Family 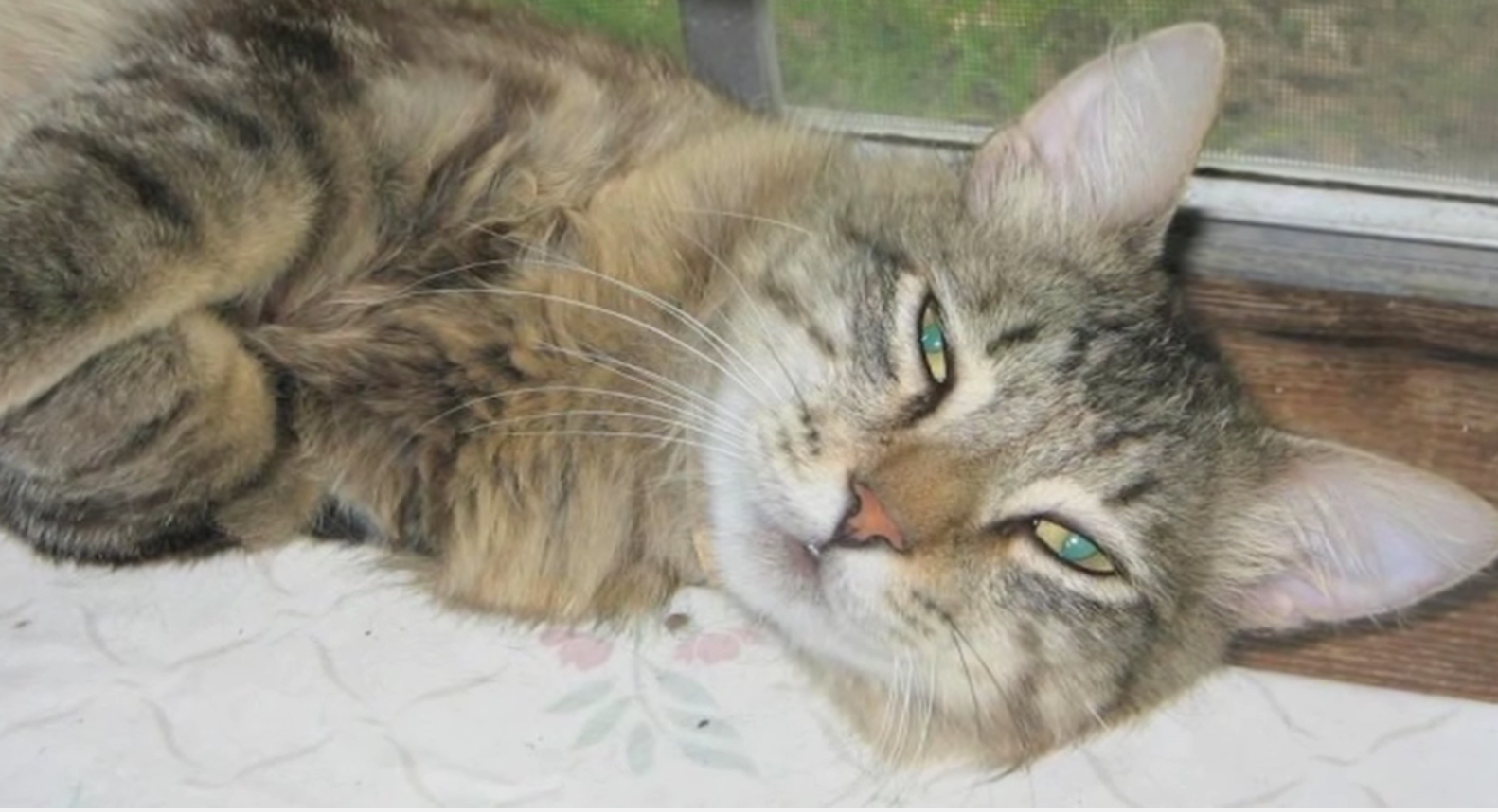 It has been said rescue cats usually choose us rather than us choosing them, this was definitely the case for a stray tabby in Mississippi, U.S. 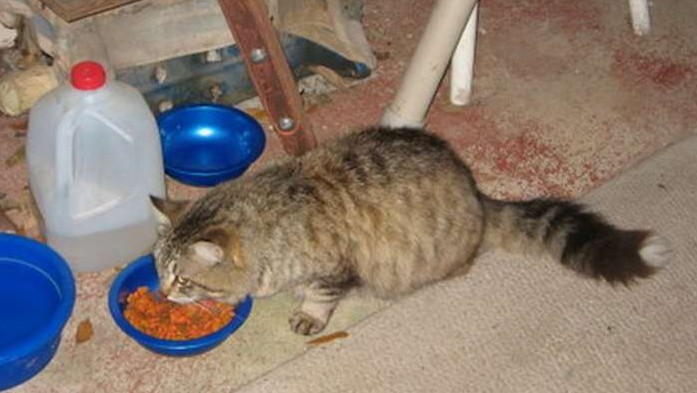 The story begins when the Bosche family spotted a stray cat in their garden one evening, they decided to start leaving food out for him even though he was difficult to approach, as he looked liked he could do with a good meal. They continued to feed the tabby for one month before making the difficult decision to take him to the animal shelter five miles away, where he would have a chance of finding his forever home. Even though she knew it was the right thing to do, Ann Bosche couldn’t help feeling guilty about their decision. “I cried the five miles back to my house,” Ann said, still sorrowful about that day.

It seemed that this determined kitty wasn’t going to let distance between him and the family that had cared for him when he most needed it. Early one morning about a month later, Ann heard her husband talking to someone in the kitchen. Curious to see who it was, Ann discovered he was talking to the same cat that they left at the shelter 4 weeks before! The delighted kitty instantly greeted her with friendly meows, his shyness lost, and replaced with love and affection. 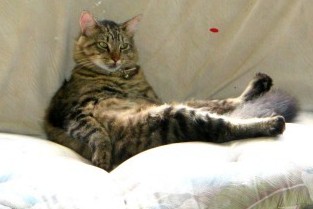 The Bosche family decided to name him Mr. Fancy and later learned that he had escaped from the shelter after being there only 20 mins. It took him a month to find his way back to the family that he had decided was his. “This cat spent a month traveling along busy streets, rail road lines, and rough neighborhoods trying to find me,” Ann said. “I think he had a guardian angel looking out for him, directing him back to my house. I love him so much and feel we were meant to be together. He belongs here. Mr. Fancy will never want for a home, food or love again.”

It looks like Mr Fancy really did choose which family he wanted to live with and in the process found his forever home. 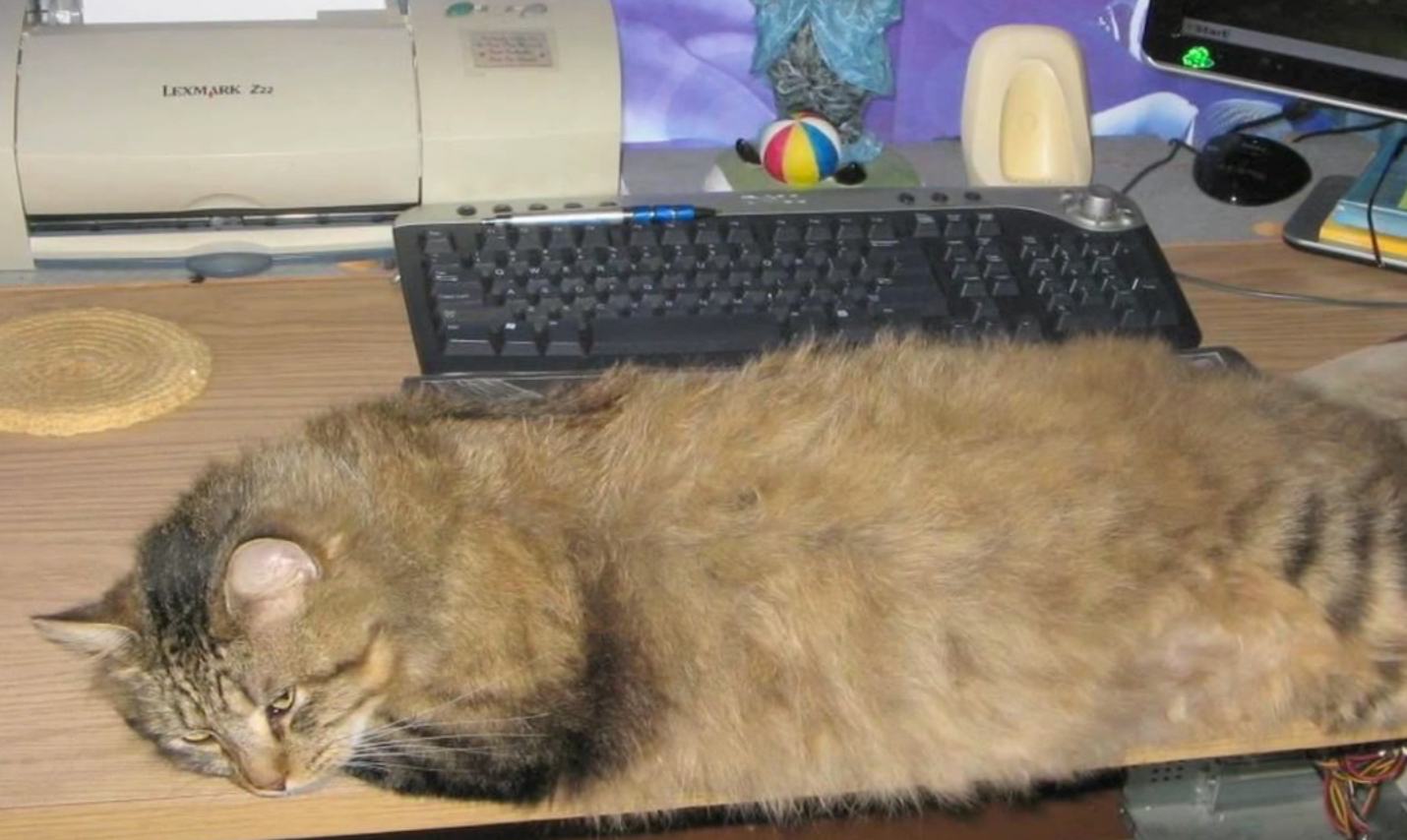