This is Monty, a year ago, when he was three, he was adopted from an animal shelter by cat lovers Mikala and Michael. Unfortunately his previous human had too many cats and was forced to put some of them up for adoption, including Monty. 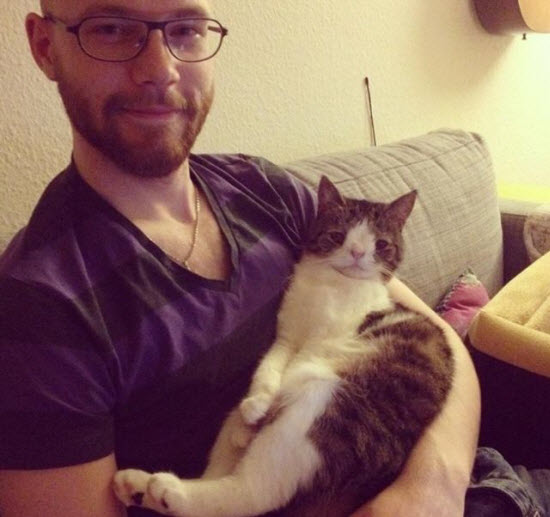 Monty likes nothing better than to have a cuddle with Michael.

Mikala and Michael knew immediately that Monty was the kitty for them, he had a cute appearance but what made it for them was his big personality. The couple knew that Monty would fit nicely into their home where they already have two cats, Mikkel the three legged cat and Malle the gentle giant. 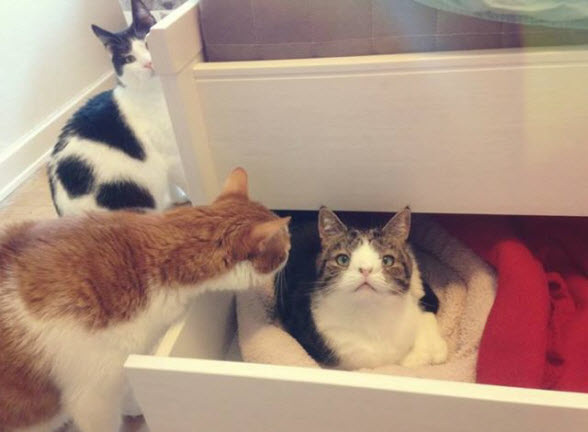 Hanging out with his buddies.

Monty was born without a nose bone and nasal bridge, which is what gives him his special appearance, but while this chromosomal abnormality causes him to sneeze a lot, he is a healthy cat and has no breathing difficulties.

His adoring humans have this to say about Monty “We wish for Monty to be an ambassador for “crooked” cat or cats that may not look perfect in everyone’s eyes! We also want to raise attention to the fact that looking different doesn’t mean you can’t be fantastic. And we believe that our sweet little Monty is a perfect example to just that and in every way is: FANTASTIC!” 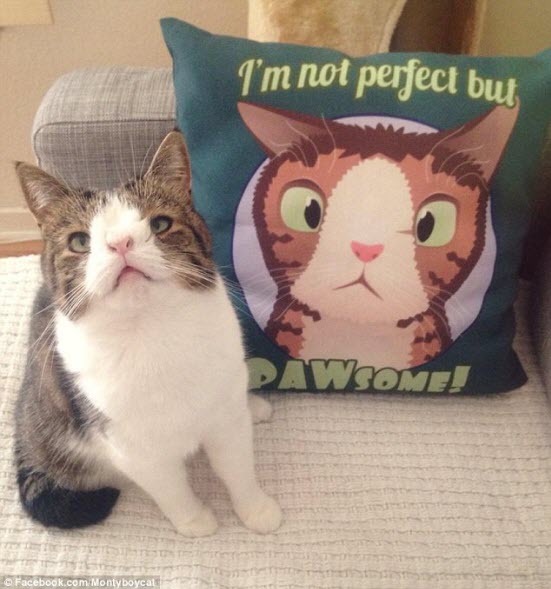 Monty showing us some his recently available merchandise.

If you want to find out more about Monty, you can find him on Facebook  where he has over 400,ooo followers.