On a cold winters day, a woman heard strange noises coming from her backyard. She went to have a look and was surprised to find an orange tabby cat standing in the snow. He was pawing at her window, begging to be let in from the cold. 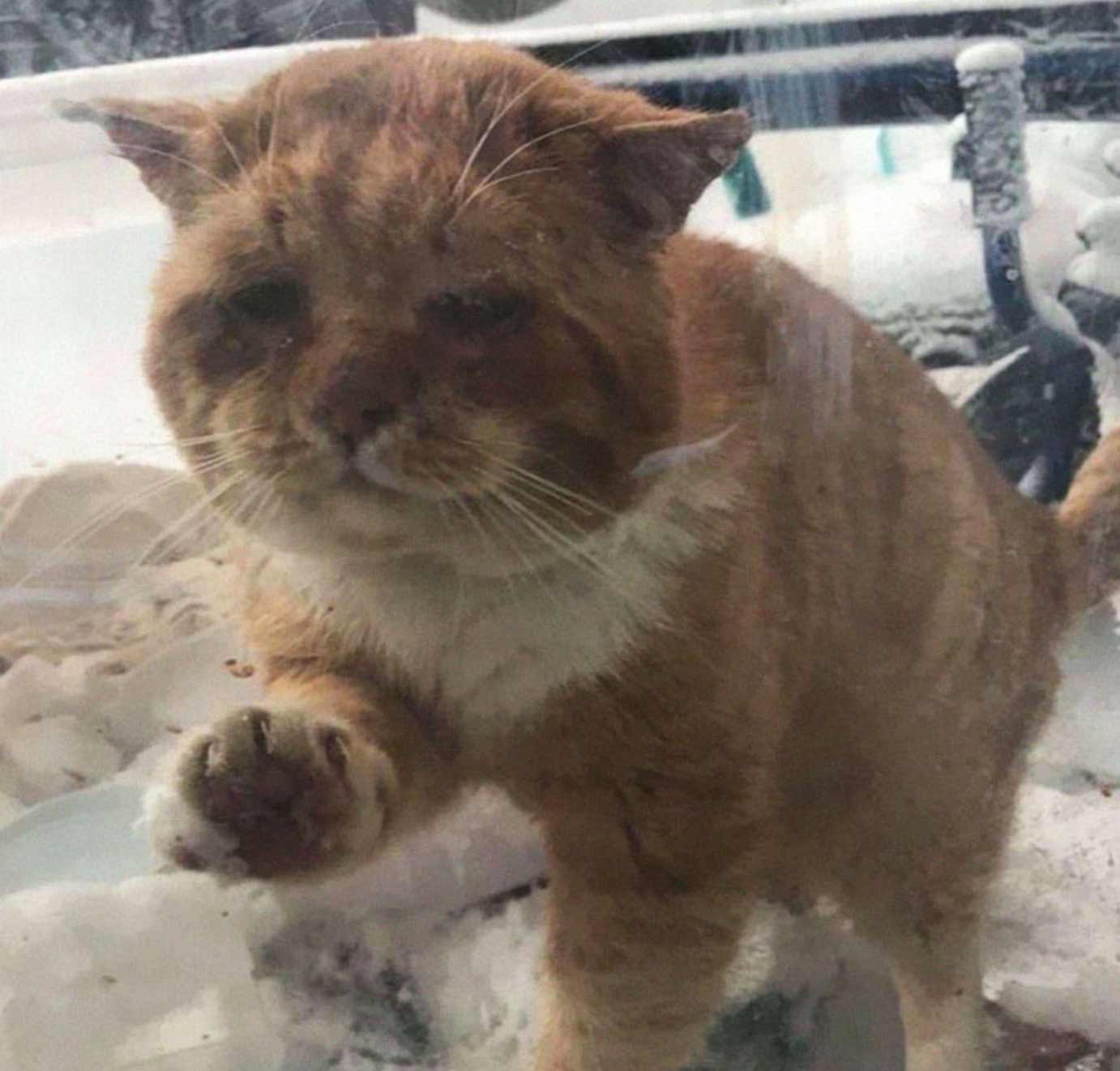 She immediately opened the door to let the cold kitty in, there was no way that she was going to leave him out there in the snow.

Then she took a picture of the sickly kitty and contacted Marie Simard, founder of the Un Chat à la Fois (One Cat at a Time) a rescue shelter in Québec, Canada, who told her to immediately take the cat to a vet. 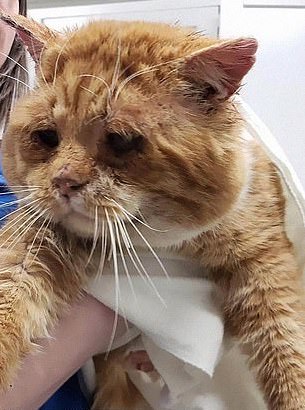 “It broke my heart to see him, so I told her to take the cat to the vet and not even 30 minutes later, he was at our partner clinic,” said Marie. “Once he got to the vet, he was very easy-going, he let the vet do the checkup, the blood test and X-rays, the cat was not feral at all.” 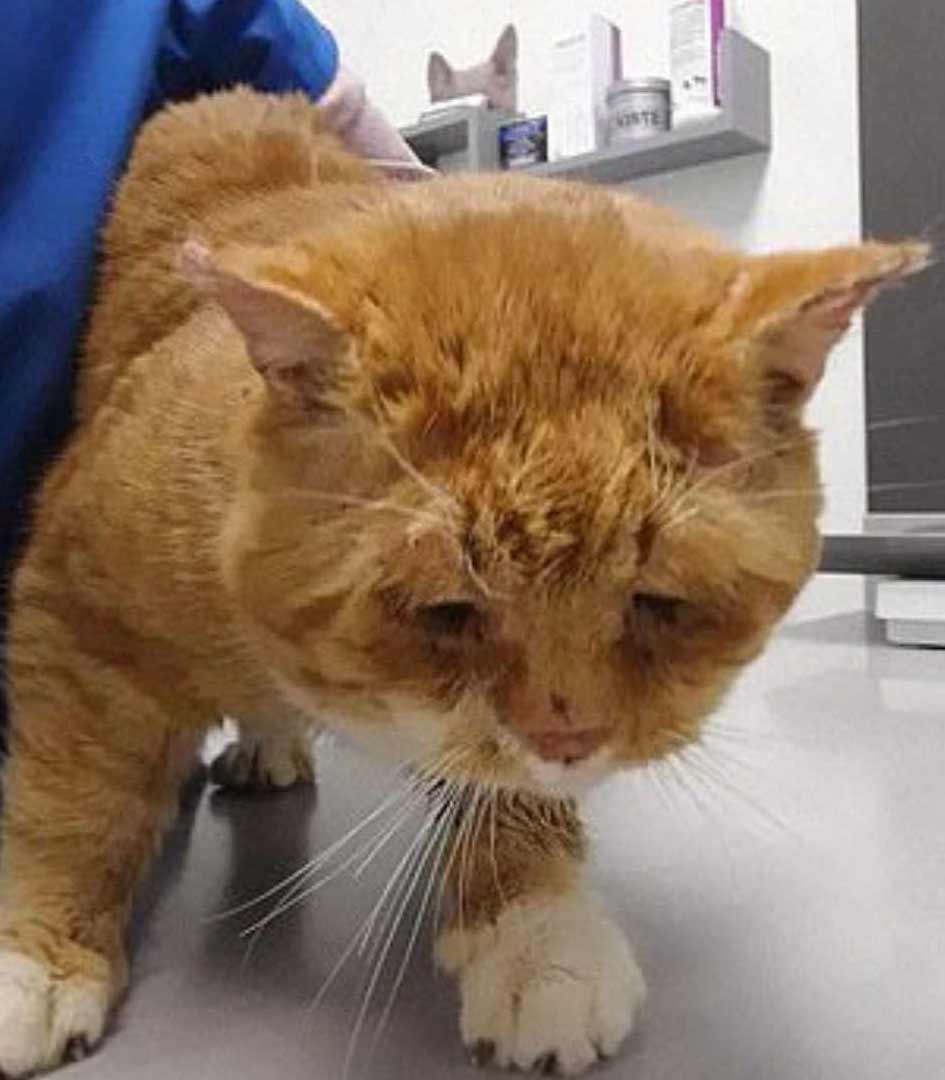 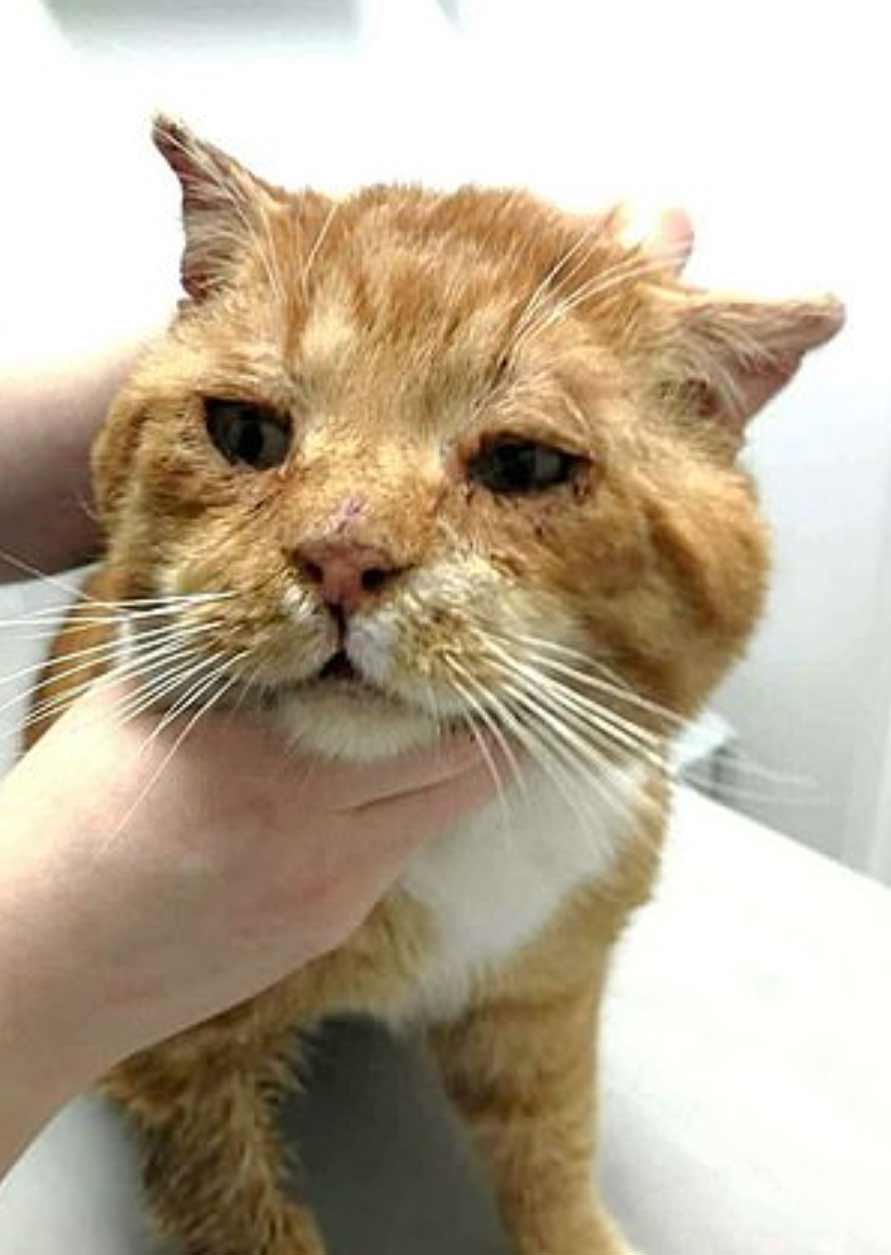 They discovered he was covered in bite wounds, fleas, ticks, and was suffering from frostbite, rotten teeth, and diabetes.

The vet explained that if he hadn’t asked for help, there was no way that he would’ve made it through the cold winter. They decided to name the cat Aslan, in honour of the lion from the Narnia series. 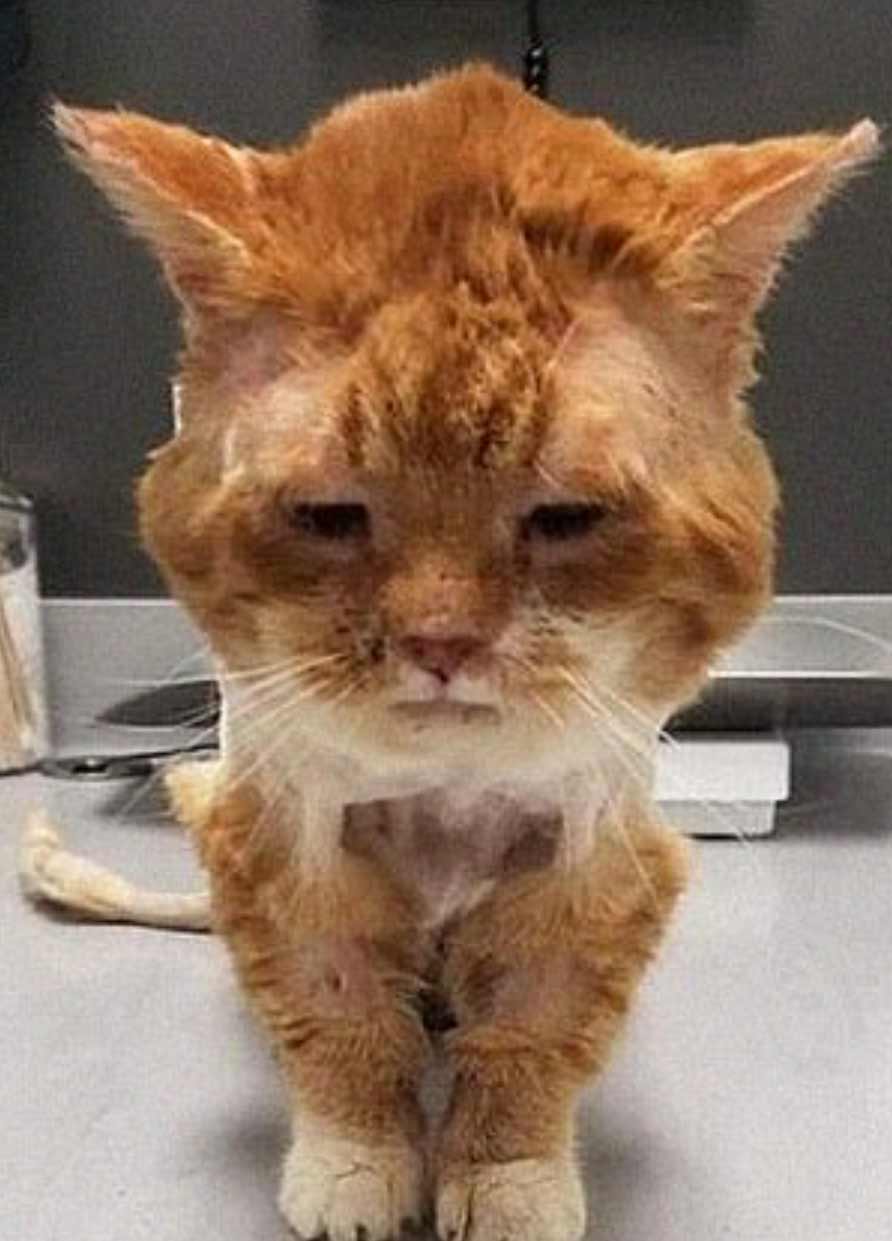 “We thought he was a lost cat because he was just too friendly to be born outside,” explained Marie. “He didn’t have a microchip and was not neutered. We assumed he was left behind by irresponsible owners.”

“We have many cats left behind by people – people that cannot afford to pay the vet care. We checked everywhere for a missing cat but we found nothing.” 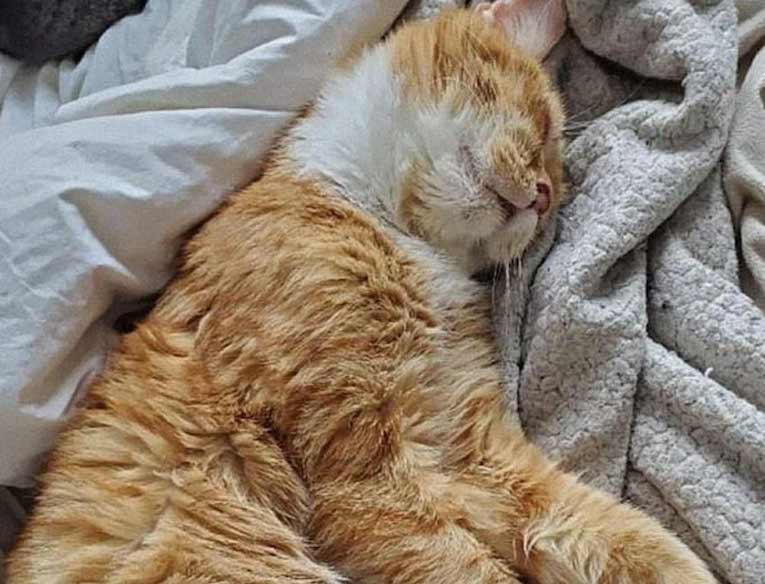 After a few days of care and love at the clinic, Aslan’s health improved and he was moved to a foster home, where he could spend time recovering in a loving environment.

But when it was time for him to be put up for adoption, his foster mother said that he had found his home, he was already where he was meant to be. 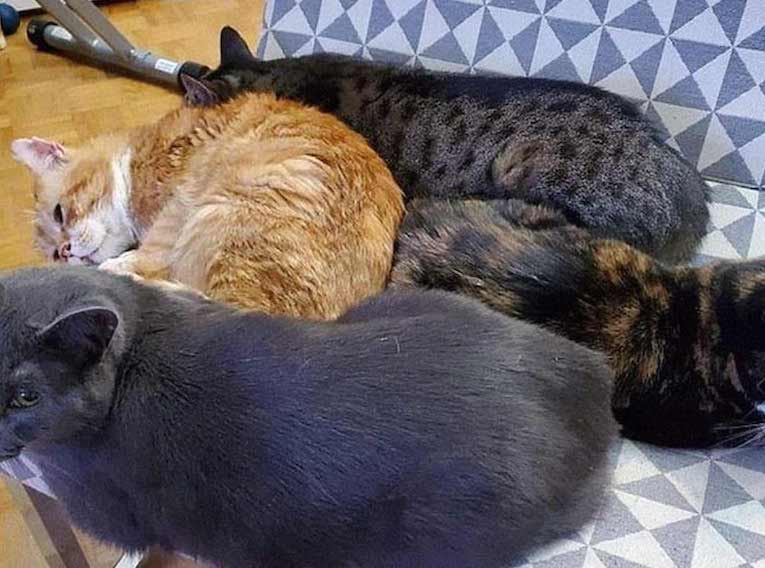 “Aslan is a very affectionate cat. He forgot his outdoor life and doesn’t try to go outside. He likes to sleep on her pillow and he likes to cuddle.” 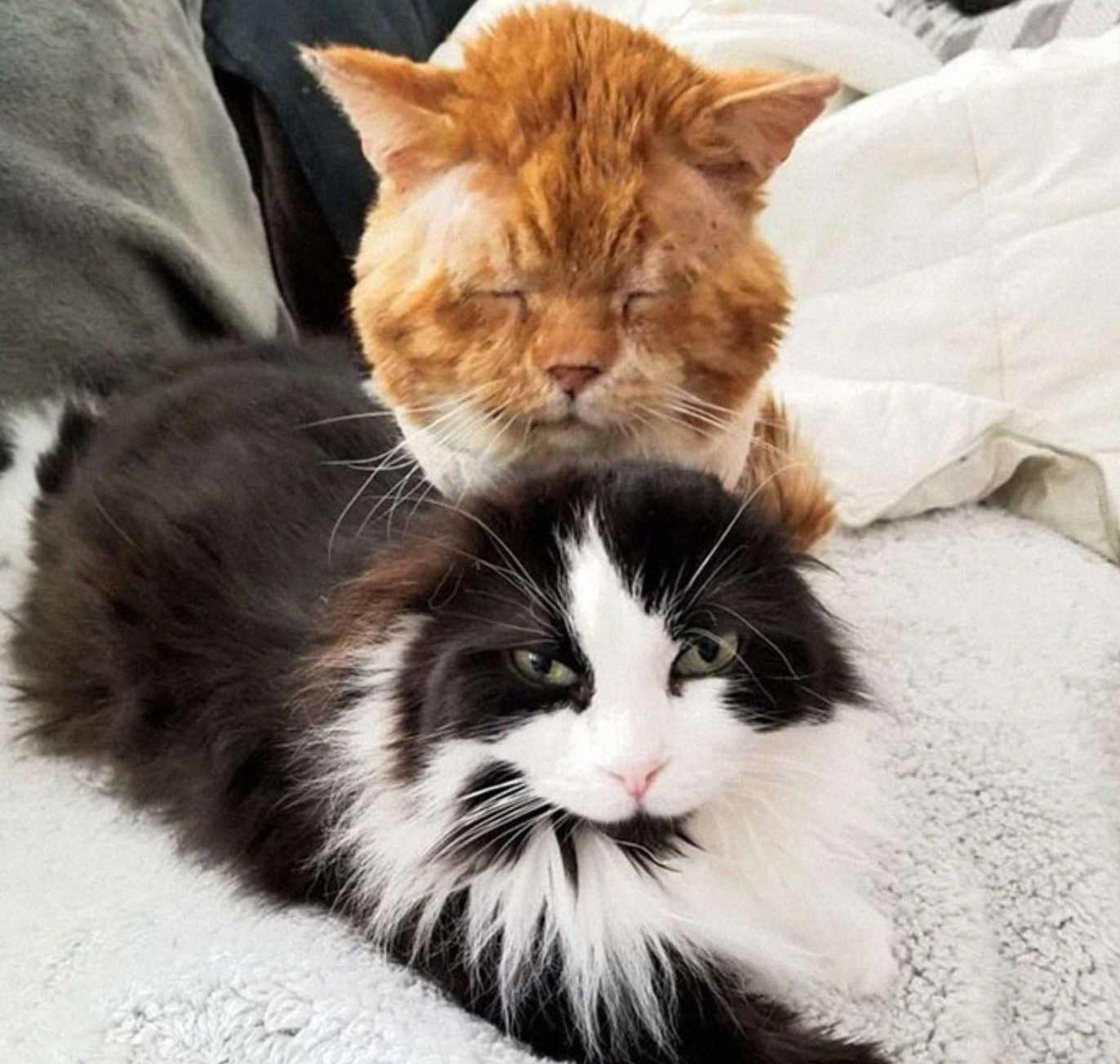 Aslan loves his foster mom very much and makes sure that she knows how happy he is to be by her side. It’s good to know that Aslan is living his best life with all the luxury he deserves and is part of a caring family that love him dearly. 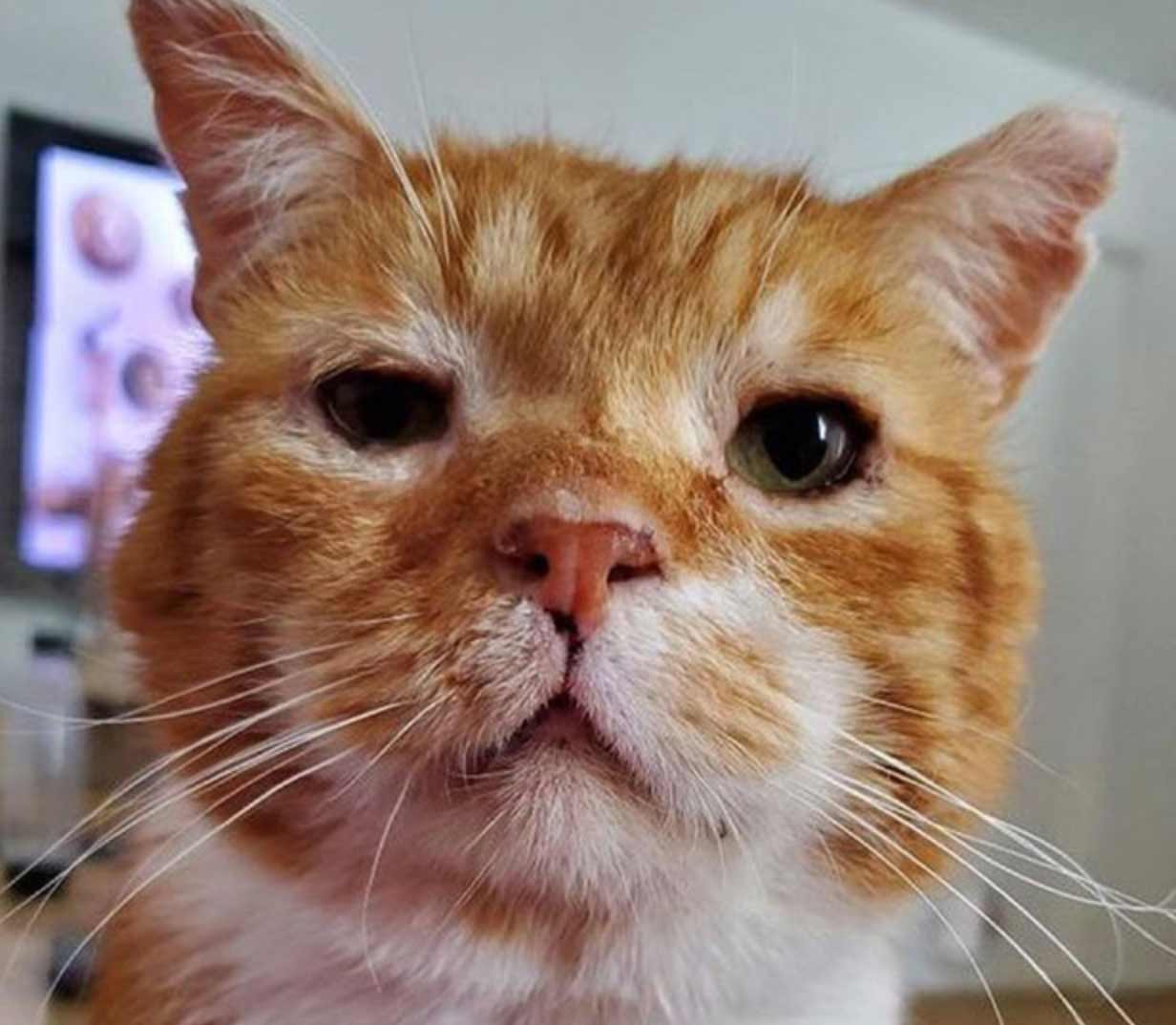 Click here for the street cat rescue of King George!