Couple Fed Stray Cat For a Year and She Disappeared, Then Came Back With a Surprise

Ivie and Jason live together in an apartment complex in Pasadena, California. They often saw a stray cat wandering around near their apartment, so they decided to start leaving food out for her.

They named the cat Mary and would always have food for her whenever she showed up. The couple fed her almost every day for about a year and then one day she just disappeared. They were both really worried that something awful had happened to Mary but not long after she returned, and she was not alone.

So Mary had become pregnant and here she was with her only kitten, she had come back to the place that had looked after her and fed her. This caring couple were so touched by the actions of Mary, she had trusted them enough to bring her only kitten back to them.

Ivie shared a video on Twitter of Mary and her kitten arriving on their doorstep and it quickly went viral. She then contacted the local animal clinic to discuss their options and to get Mary spayed as quickly as possible.

At the urging of her Twitter friends, Ivie started a GoFundMe to raise money for their unexpected house guests. They were able to raise $2,000 to pay for medical exams, shots, food and other expenses. 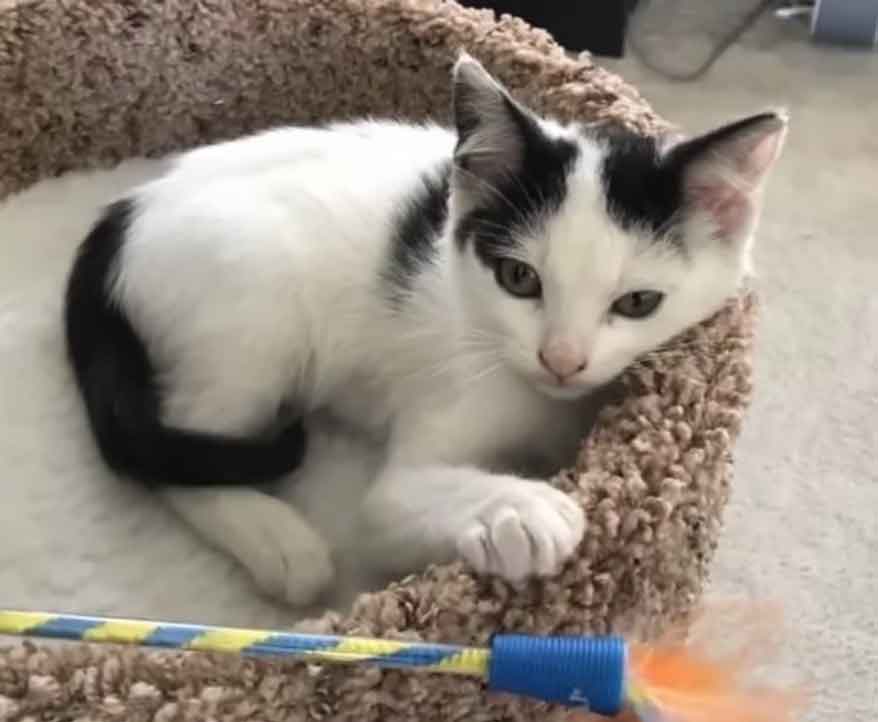 Once Mary had recovered, Ivie and Jason officially adopted her and her baby and they soon settled into their new home.

Click here to see 19 cat lovers who know how to get along with their pets perfectly!