This kitten named Penny was found on a Sunday when none of the local veterinary clinics were open.

So the family took her inside and did what they could while praying that it would be enough to keep her alive until the next morning. 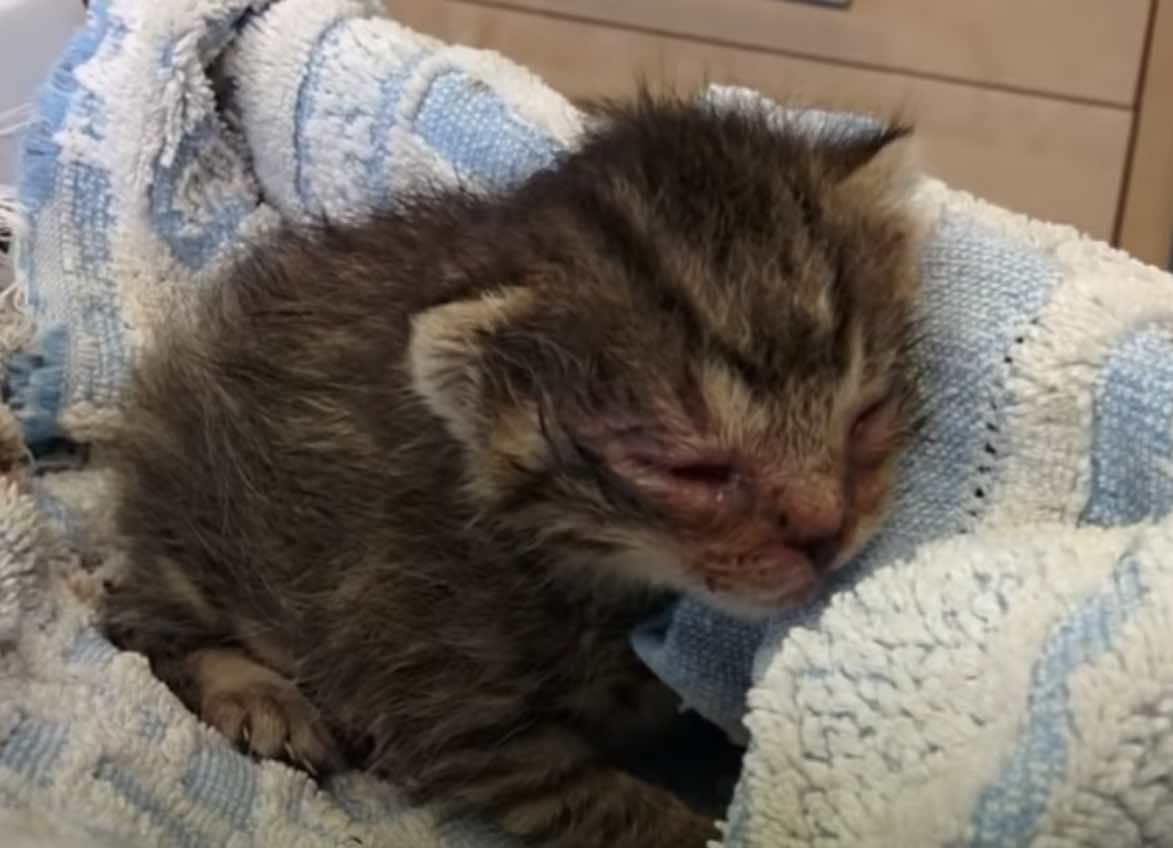 They bathed her, kept her warm and fed and basically did everything they could. They even  hydrated her using a syringe.

The next morning they went to the vet and he warned them that Penny was in very bad shape. He thought that she had been hit by something and because of this her mother had abandoned her. 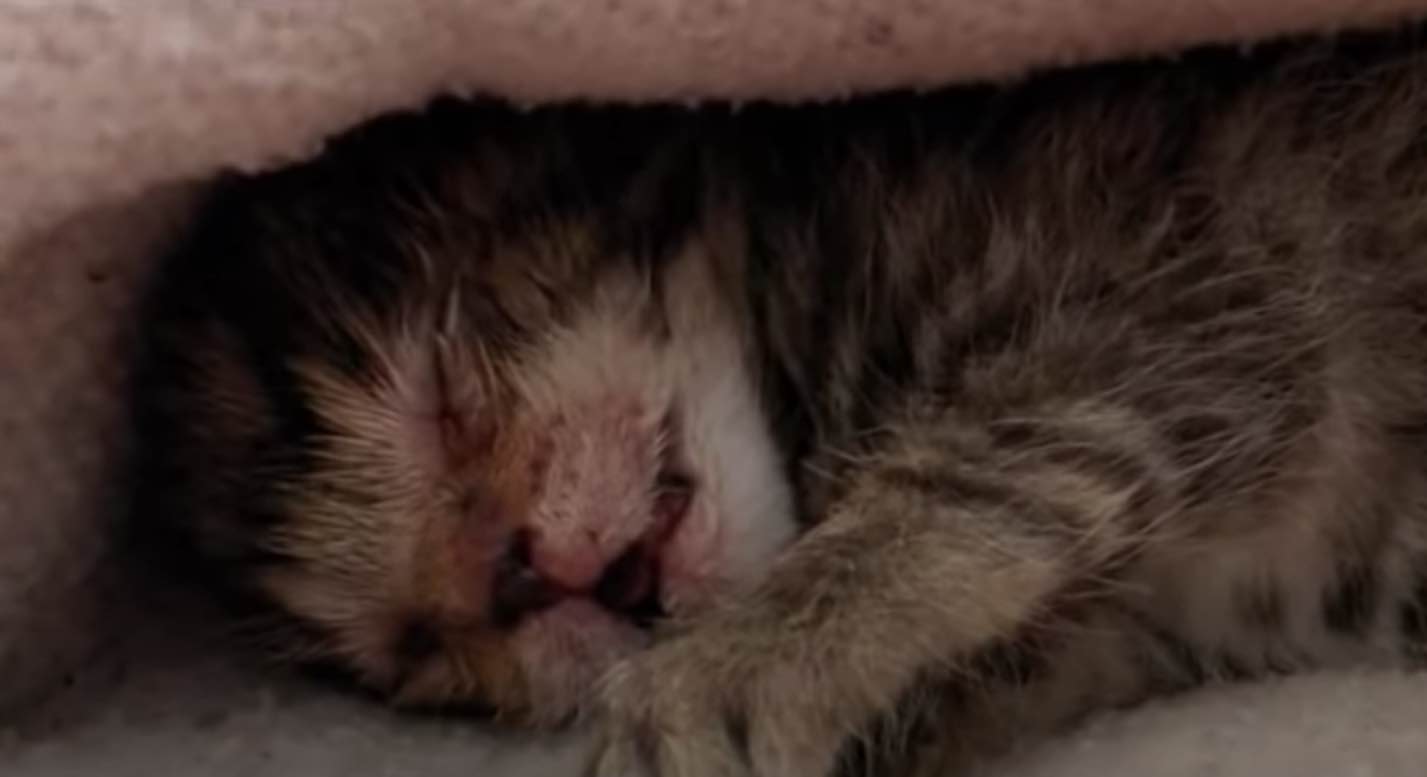 It wasn’t uncommon for week old kitten not to have opened her eyes since they generally open their eyes 7 to 10 days after birth but the blood caked around them was concerning.

She also had injuries to her mouth which had been crushed by something or someone. The vet also found some gravel in her mouth. 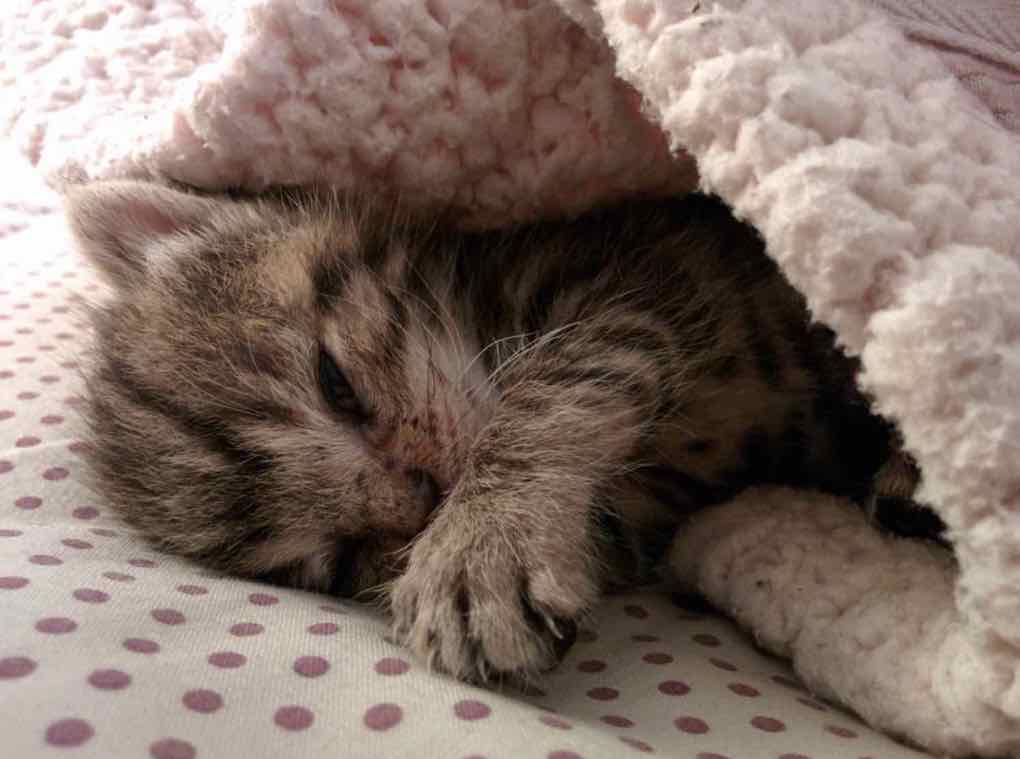 The family did not give up hope, they brought Penny home and continued to give her round the clock care.

They fed her, cleaned her and kept her warm with cuddles and love. and a week later she opened her eyes! 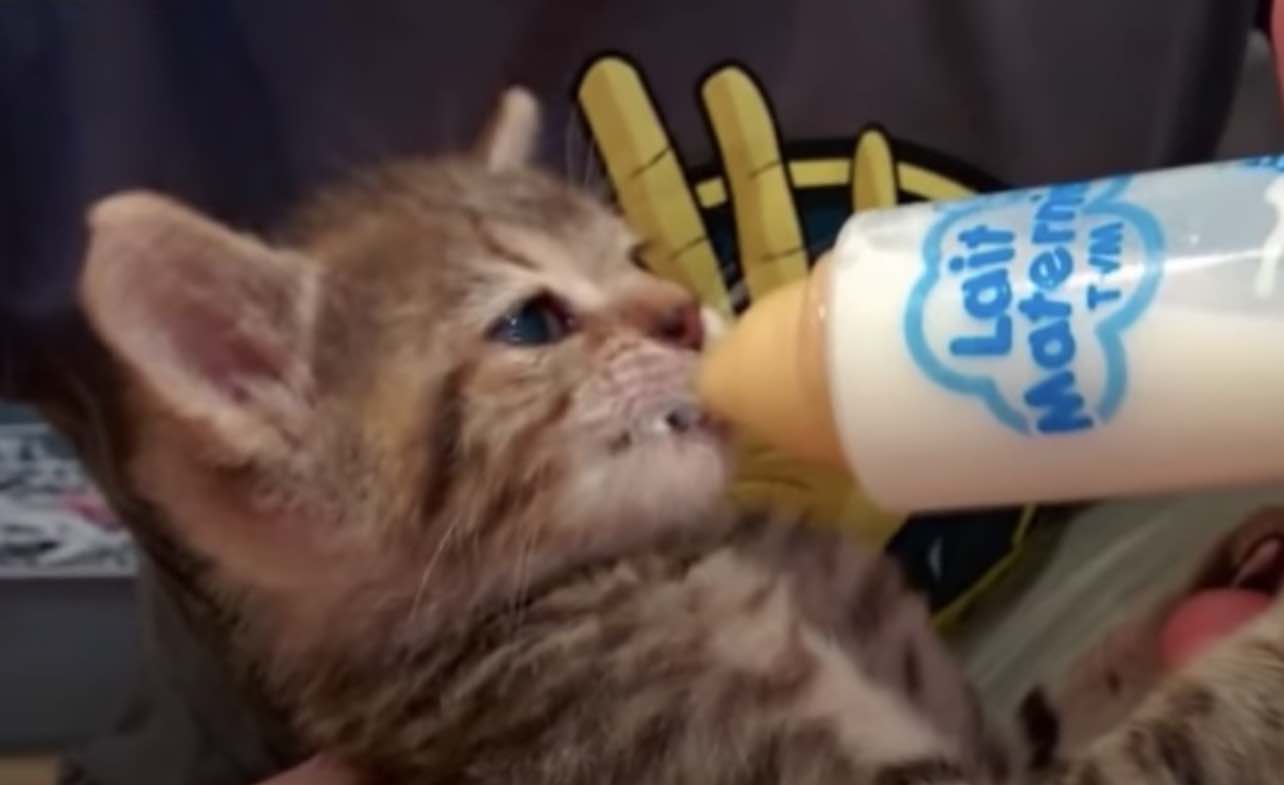 From then on little Penny grew stronger and stronger every day, her mouth injuries healed and left her with a permanent quirky smile.

Eight months later and Penny is a chubby kitty – she’s full of energy, always playing and always looking for a cuddle. 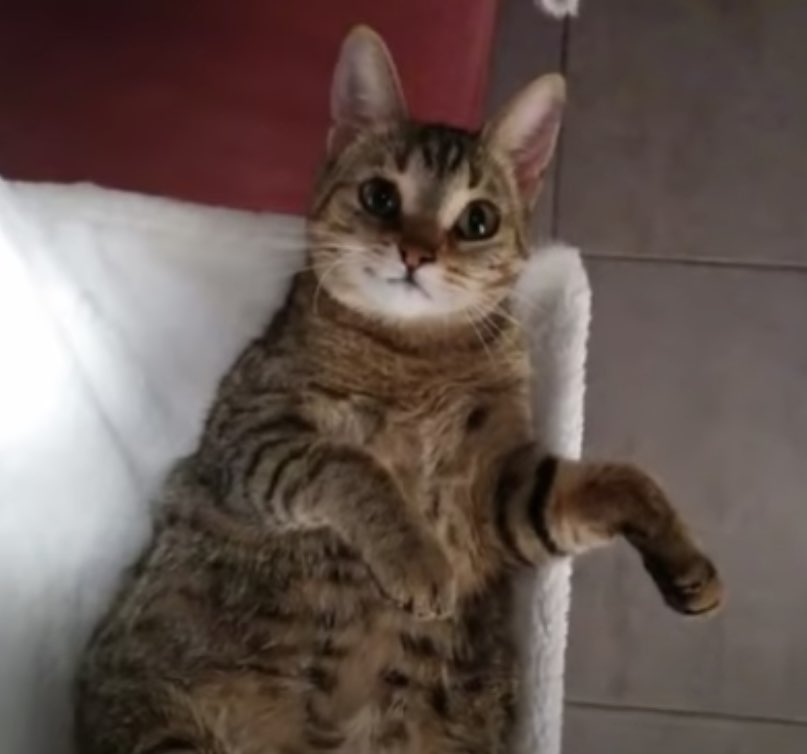 For this caring family it was worth all the effort, Penny survived against all the odds and is now a valued member of their family and has found her forever home.

Click here to meet Jugg, the neediest kitten ever!