Can Cats Eat Coconut? (Can They Have Coconut Oil or Milk?) 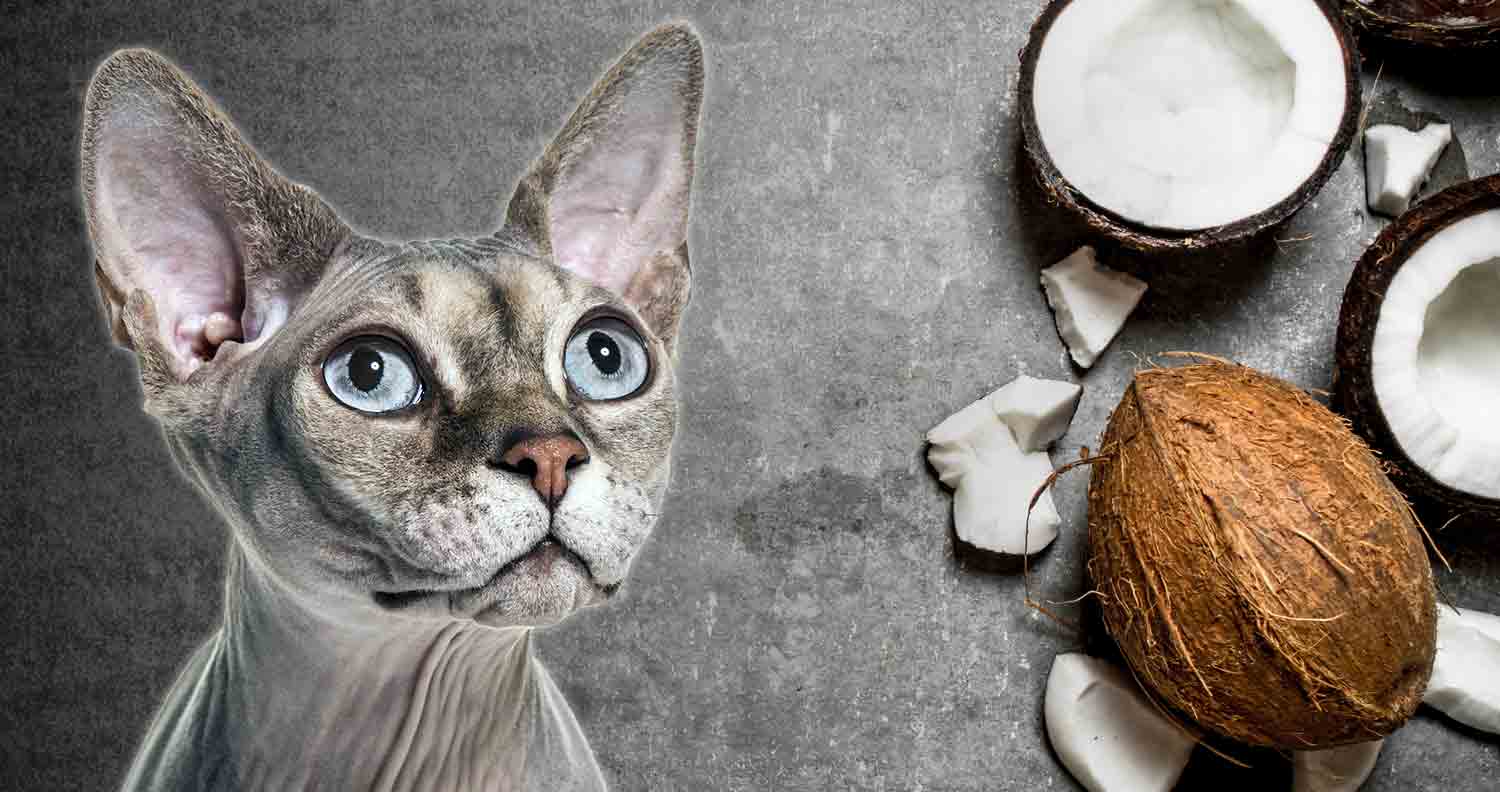 Who doesn’t love coconut? This popular tropical fruit is an excellent addition to warm weather cocktails. From eating it raw to adding it to your pies, curries, and cakes, coconut adds a distinctively delicious taste to all recipes.

During summer, coconut water is especially in demand because of its refreshing qualities. By now you must have gotten an idea about my love for this fruit!

Well, so does my kitty. Every time I reach out for coconut, there she is- sitting in front of me begging for a few slivers.

So, can cats eat coconut?

Does your cat share the same taste as mine when it comes to coconuts? Cats do seem to love the taste of coconut, but is it good for them? Is it a toxic cat food?

Can you give your kitty coconut water and its flesh? What about coconut oil?

Let’s discuss this in detail.

Can Cats Eat Coconut? (in short)

Cats can certainly eat coconut and it’s not as toxic as dairy milk or chocolates, they should still eat it only in small quantities.

Cats are essentially carnivores and their digestive system is not designed to digest high-fat and high-sugar foods such as coconut.

If you give your cat coconut treats on a regular basis, you’ll see that they start to put on weight very quickly. 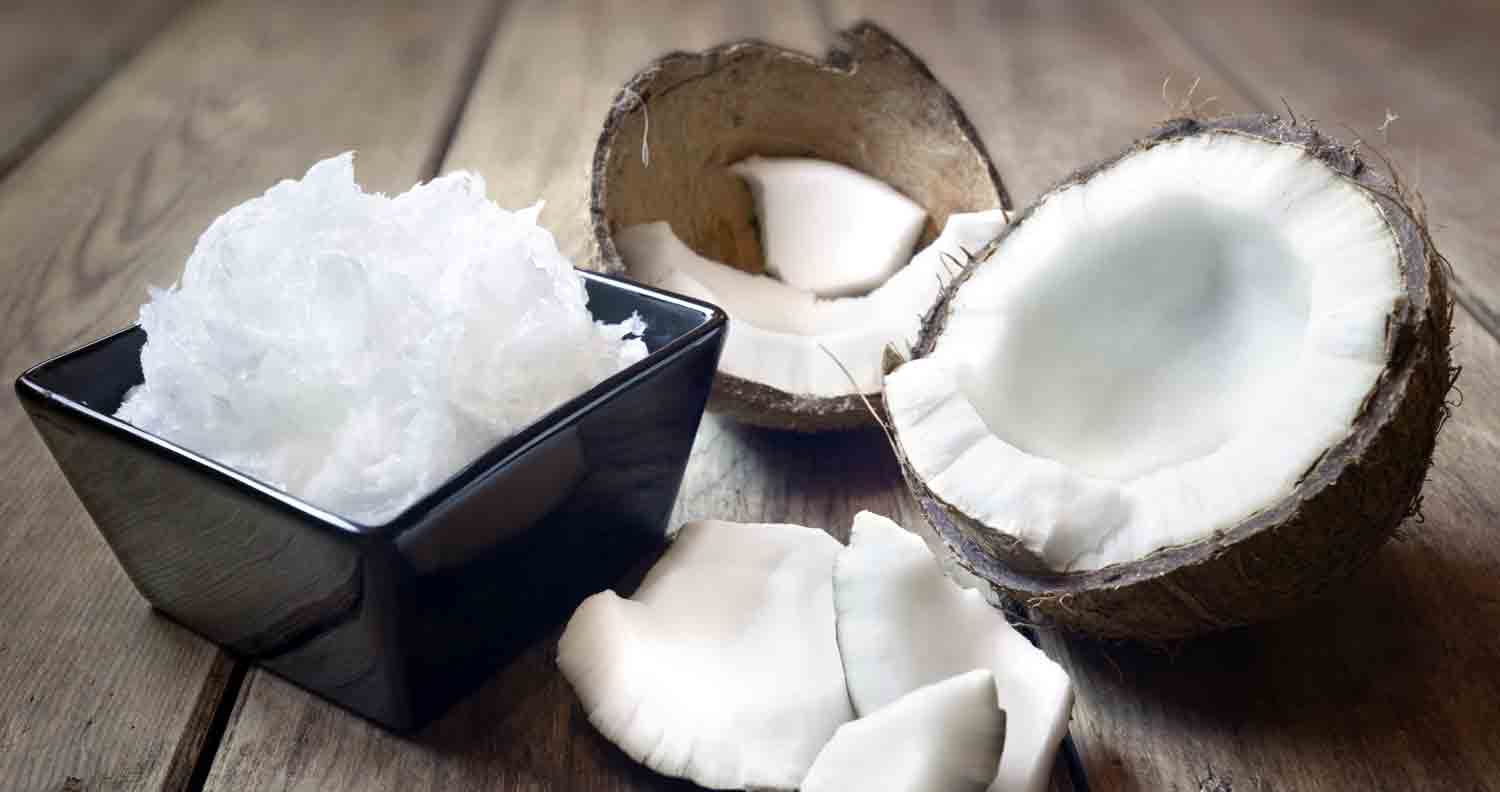 Read this next: What Can Cats Not Eat? Protect Your Cat From Toxic Foods

Can Cats Have Coconut Flesh?

The white fleshy part that is inside the coconut is called coconut meat. Broadly speaking, coconut meat is not toxic for your pets. Your feline friend can eat a bit of the meat without any problem.

But you’ll need to remember that a cat’s digestive system is not built to process too much  coconut meat. It is similar to not giving cats any products made with dairy milk or dairy products as they can get lactose intolerant very quickly.

So, even if your cat does eat coconut meat, it’s best to make sure it’s in moderation.

It is not as harmful as eating a grape or chocolate. But coconut flesh is a high-fat food, so it’s in your cat’s best interests to not eat too much coconut.

If you do intend to let your cat eat coconut meat, you’ll have to help them with it as they have sensitive stomachs. They cannot eat the flesh as is, from the coconut. You will need to shred the flesh into small quantities and thin shavings before you give it to them. 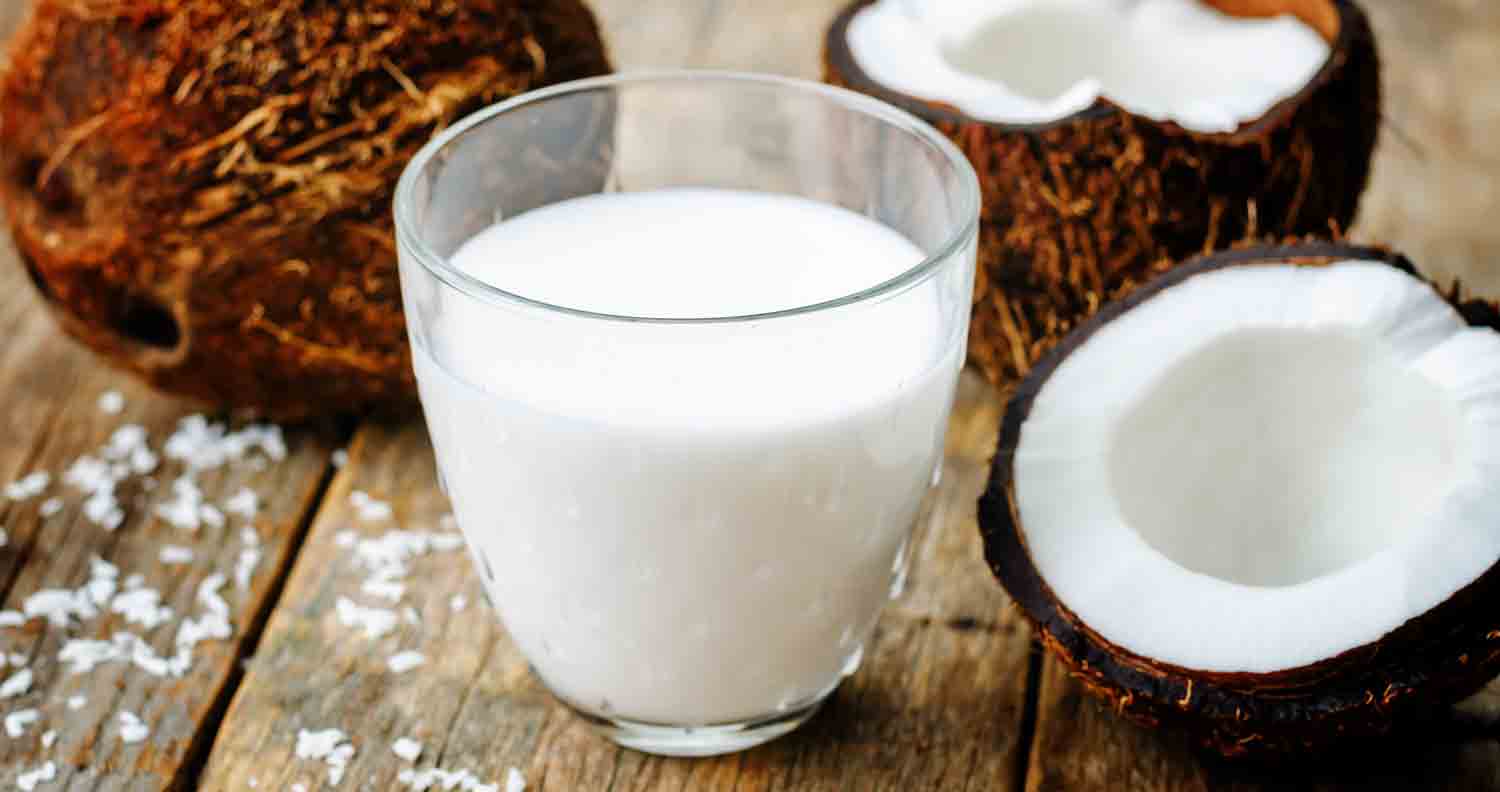 Read this next: Whiskas Cat Milk: The Best Alternative to Regular Milk?

Is Coconut Milk Bad For Cats?

Despite what you see in cartoons and on television, cats should not be drinking too much cow milk. After they wean off their mother’s milk, cats lose the enzyme that helps them digest lactose. They need to gave a lactose-free diet.

But is coconut milk good for cats?

Coconut milk or coconut yogurt is certainly much safer options, especially if your cat loves drinking milk. But you’ll need to keep in mind that since coconut milk is made of flesh, it would still be high in fat and sugar.

All you have to do is take some coconut pieces and put them in hot water. Wait until the water becomes creamy. Once it becomes creamy, you can remove whatever flakes remain in the water by straining it.

Your coconut milk is now ready for your cat’s consumption.

Bear in mind one thing though, coconut milk has a laxative effect on cats thus causing loose stools and a liquid bum!

Is Coconut Water Good for Cats?

You could deter the high fat and sugar content by diluting it with water. Adding some water to the coconut milk can help reduce the amount of fat your cat takes in by drinking it.

They may not appreciate it the same way that they would pure coconut milk though!

Another way to give your cat the coconut milk they so much desire is by adding a bit of it into their wet food. This makes sure you only give them a little of the coconut milk and yet your cat will enjoy the treat.

When you mix the wet food with coconut milk, it gives a nice and creamy thicker consistency.

Your cat will enjoy its wet food even more than it already does.

Coconut water is also something your cats might enjoy drinking.

However, coconut water is also high in sugar so DO NOT give them less water. Coconut water also has a high level of potassium that can cause serious harm.

So, if you do want to give them coconut water, you should restrict them to one to two tablespoons a day. Anything more would end up being harmful to their health. 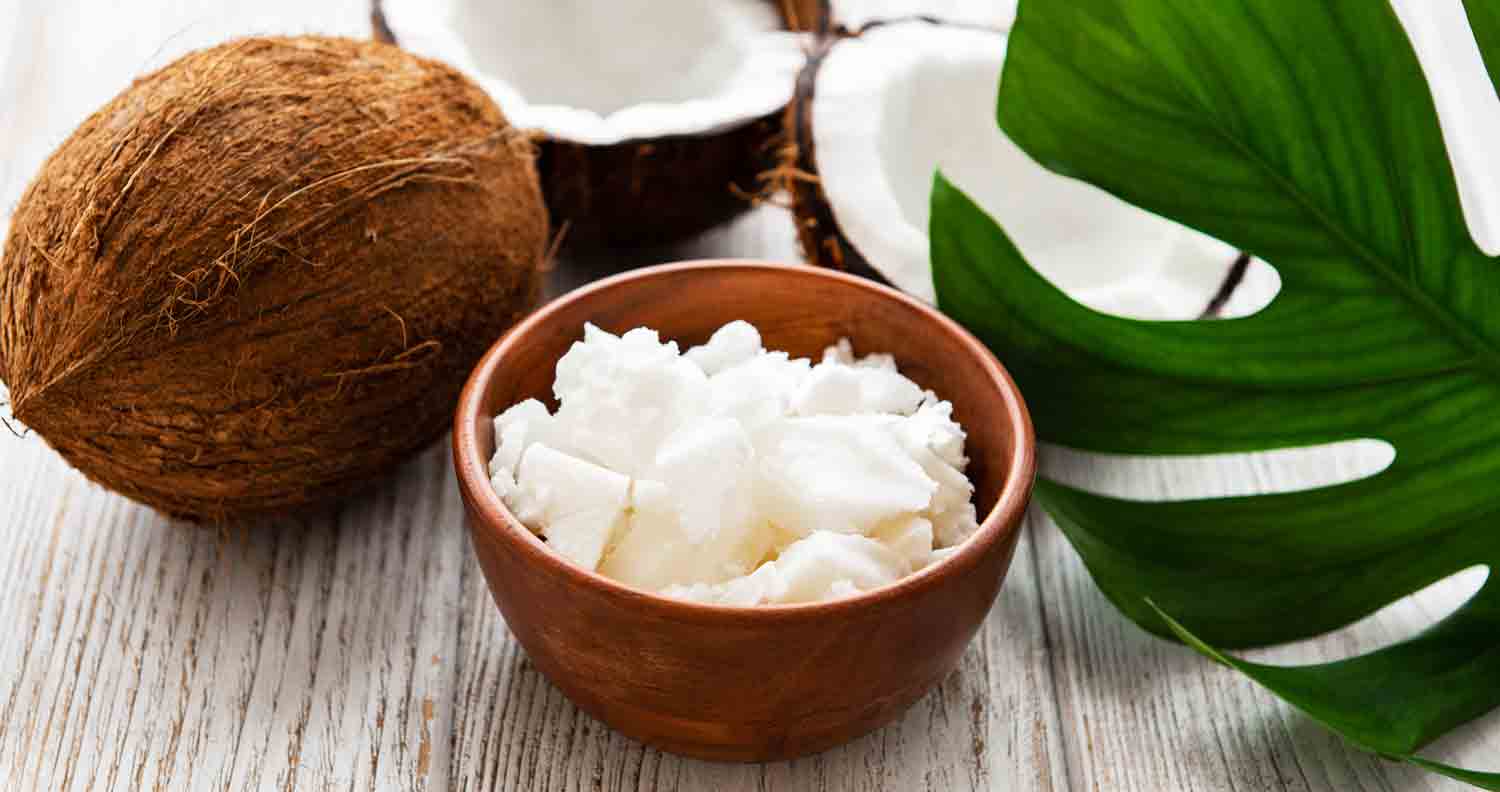 Read this next: Can Cats Eat Peanuts (Are They Safe For Cats)

Coconut Oil For Cats: Yes or No?

It’s used for several purposes including cooking. Lately, coconut oil has gained quite some popularity in the west as well thanks to its superb health benefits.

You can use it to make pastries, sautés, and other baked goods. But should your cat be getting anywhere close to coconut oil? Is coconut oil bad for cats?

Despite its versatility, coconut has a potent nature. It’s a strong aroma that your cat may not immediately like. But they do love the taste and wouldn’t hesitate in slurping away how much ever coconut oil you give them.

Similar to coconut milk, you can mix a little bit of coconut oil in your cat’s wet food. It will work as a treat for your feline friend.

You can also use coconut oil while making any baked goods treats for your cat.

But remember, moderation is the key or you will certainly risk an upset stomach.

Is Coconut Good For Cats?

Irrespective of what form you give coconut to your cat, you should do so in moderation.

Coconut is packed with high-fat content and high amounts of fatty acids which can cause problems to your cat’s digestive system. It should not be a part of your cat’s regular diet and they should only be small amounts of coconut.

Also and the medium-chain triglycerides (MCT) found in coconuts are absolutely not safe for cats in large quantities.

Kittens, specifically, should not be given any coconut whatsoever. They do not have the capacity to digest it in its solid form. They’ll end up either throwing up or it could cause diarrhea.

Kittens should only have a small amount of coconut oil and that too in very limited quantity. You should do this only if your kittens seem to show a particular fondness for coconuts.

Otherwise, it’s best to avoid it completely until they become adults.

Even when you give shredded coconut meat to your adult cat, make sure you keep the quantity to one spoon or two.

Anything more will only end up causing problems for your cat. Giving coconut to your furry friend for the first time?

Keep an eye on your kitty to make sure it isn’t allergic to coconut.

Can Cats Eat Coconut? The Verdict

Can cats eat coconut? The verdict is in. While cats can certainly eat coconut and it’s not as toxic as grapes or chocolates, they should still eat it only in moderation.

Since cats are essentially carnivores, their digestive tract is not designed to process such high-fat and high-sugar foods as coconut.

Also, if you regularly give your cat coconut treats, you’ll see that they start to put on weight very quickly.

Read this next: Can Cats Drink Milk? Everything You Need to Know

Mayurii Rajvanshi takes pride in being a content ninja, who is an avid animal lover. She has fostered numerous cats and developed in-depth knowledge of feline facts so she can write about cat health and cat care to help dispel myths with authentic information. Her aim is to encourage responsible pet parenting and cat adoption.

Share 0
Affiliate disclosure : We Love Cats and Kittens is a participant in several affiliate programs including the Amazon Services LLC Associates Program, the Chewy affiliate program and the Walmart affiliate program. These are affiliate advertising programs designed to provide a means for sites to earn advertising fees by advertising and linking to products on their sites. If you click on links in our blog posts and articles we may be paid a commission. For more information on how we choose products to recommend and how we receive affiliate referral and commission fees, read here.