Can Cats Eat Raspberries (Can Cats and Kittens Eat Berries?)

Eating a fresh bowl of fruits is great for you, as it offers a lot of nutritional value. But that’s not the case with your feline friend. If anything, some fruits can be detrimental to your cat’s well-being.

Raspberries, for instance, have some awesome health benefits for humans.

They are packed with fiber, which can help with digestion-related issues. But can cats eat Raspberries? 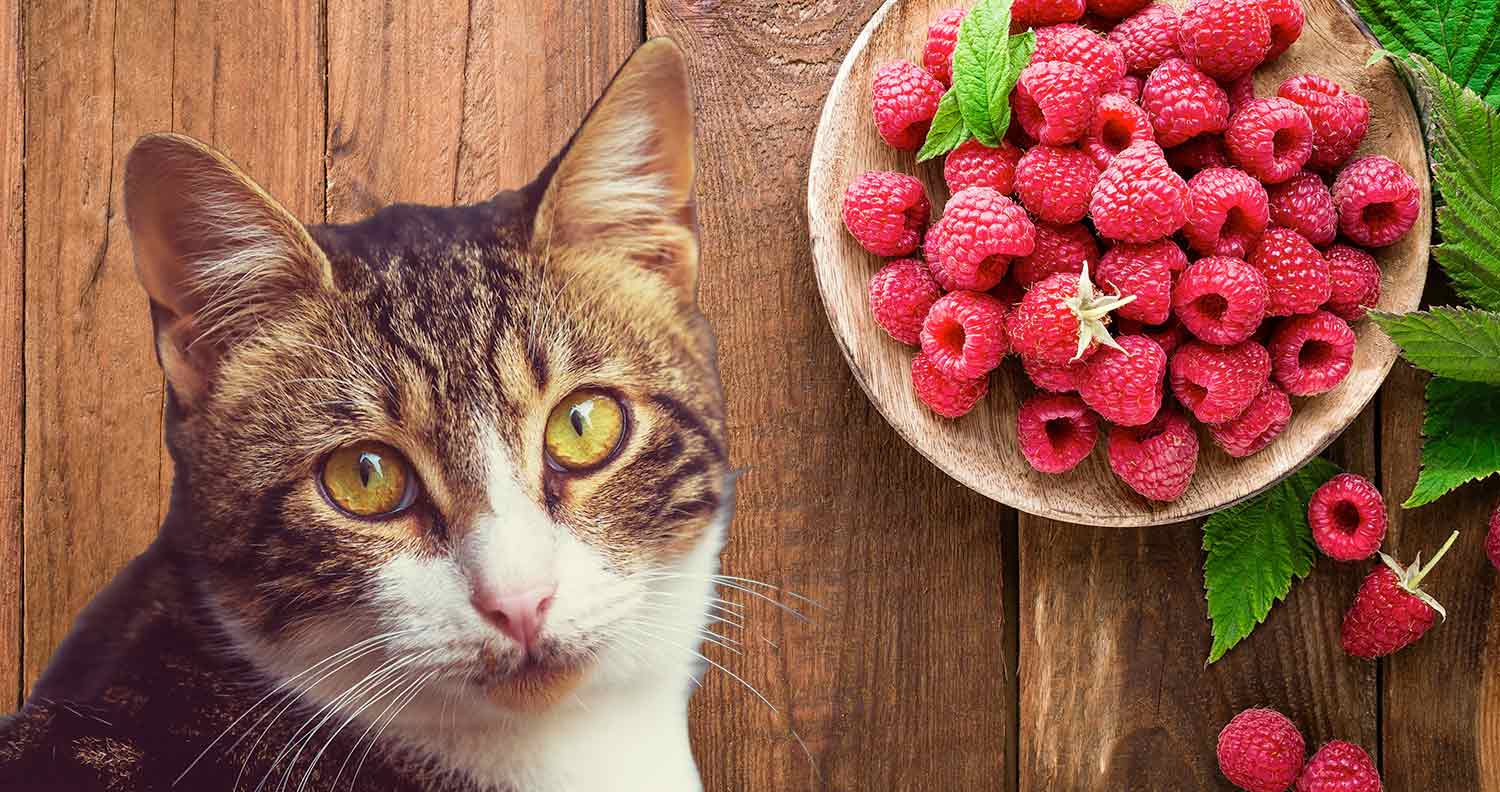 Can Cats Eat Raspberries (in short)

Can cats eat berries? In a word Yes.

Unlike citrus fruits (oranges, lemons, and limes), cats can eat berries which include Strawberries, Blueberries, blackberries, raspberries, and cranberries.

They are all safe for cats to eat in small amounts. Be sure to cut each one into bite-size portions before offering to avoid choking hazards.

Raspberries are also high in fiber, antioxidants, and flavonoids, as well as vitamins A, vitamin C, vitamin K, and vitamin E.

In addition, Raspberries are a great source of magnesium, manganese, potassium, calcium, and dietary fiber. 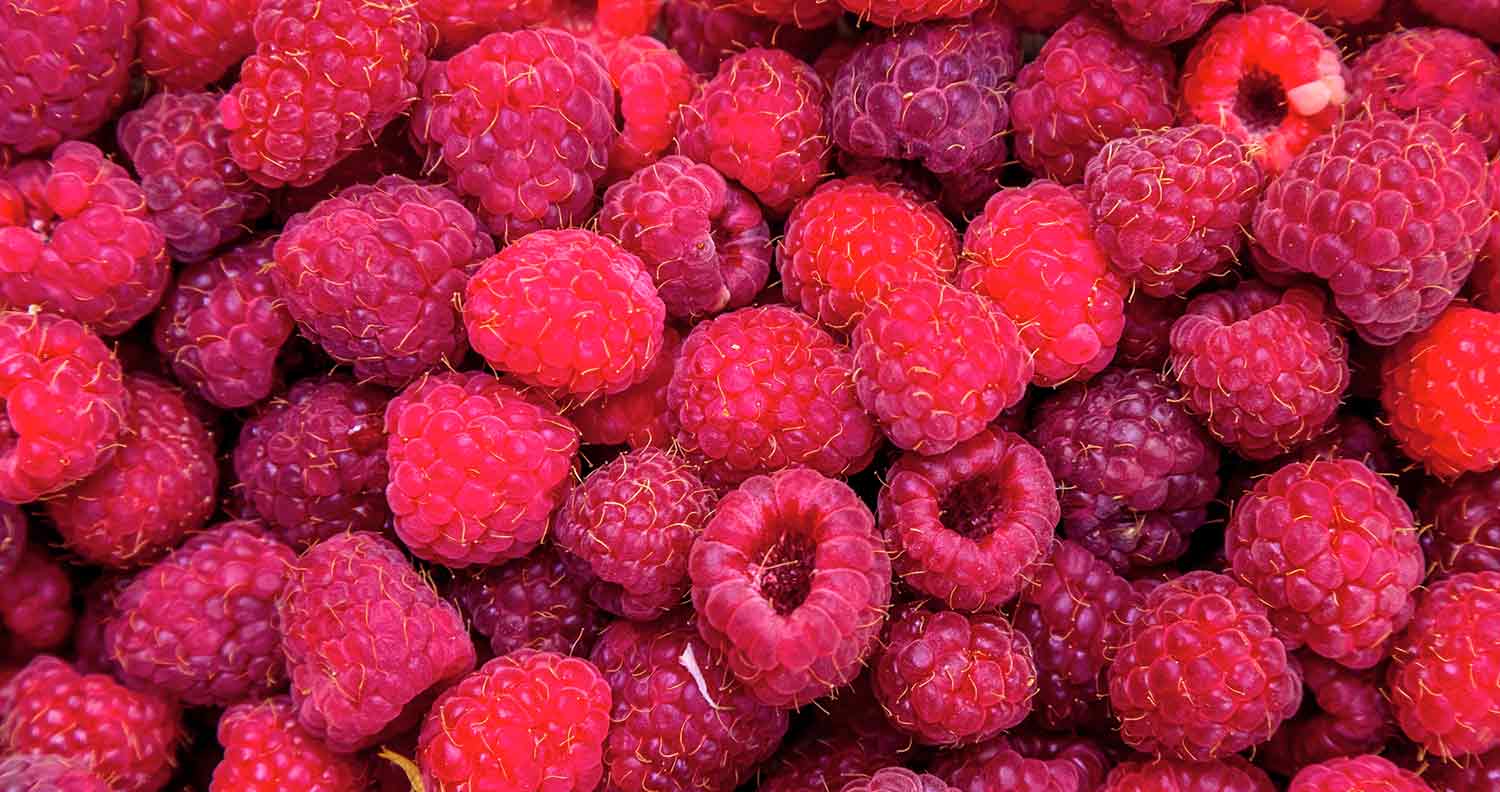 Read this next: Can Cats Eat Oranges? (Are Citrus Fruits Safe For Cats)

Can Cats Have Raspberries?

Raspberries do have a lot of important vitamins, which can boost our immune system, increase brainpower, improve cognitive functions and fight obesity.

Being low in sugar, you can relish them guilt-free.

In fact, raspberries are recommended for those who are suffering from diabetes or facing insulin resistance issues.

This wonderful fruit can also reduce your risk of getting diseases like cancer.

While raspberries are clearly very good for us humans, are the same health benefits of raspberries true for your kitty?

Cats can definitely eat a few raspberries, without any immediate side effects. If your cat has sneaked off with one or two berries from your bowl, there is no need to rush them to the vet.

But at the same time, they should not eat a larger share of raspberries regularly.

Plus, be sure to remove the seeds, pits, and stems.

However, don’t feed your cat raspberry ice cream or raspberry yogurt. Ice cream contains high sugar levels sugars and artificial flavors and lactose that are not good for your cat's digestive system.

Cats are primarily carnivores, which means they prefer to eat meat that is high in protein.

They are also primed to hunt for their food, which is why sometimes you see a dead mouse or bird in your cat’s mouth.

What this means is that cats don’t have the enzymes in their body to process protein that comes from plant food.

Cats need more protein than many other animals, but they need to get that from meat rather than plant-based food such as raspberries.

Are Raspberries Good For Cats?

If your cat eats one or two berries every now and then, they won’t be toxic. If anything, your feline friend would be overjoyed with the treat.

But that doesn’t mean you should give them too many berries frequently.

While raspberries don’t have anything that’s specifically toxic for cats, they do have a bit of xylitol which can be harmful in larger amounts.

Xylitol is often promoted as a substitute for sugar and is found in sweets, gum and candy. However, it is definitely toxic for dogs.

It is also harmful to your cat if given in larger amounts.

But since raspberries have only a tiny amount of xylitol, giving your feline one or two berries in a week won’t be harmful.

When you do give your cat raspberries for the first time, you should keep an eye on them to see if they have any allergic reactions.

Some cats are sensitive to raspberries and may end up with symptoms such as vomiting, drooling, and diarrhea. 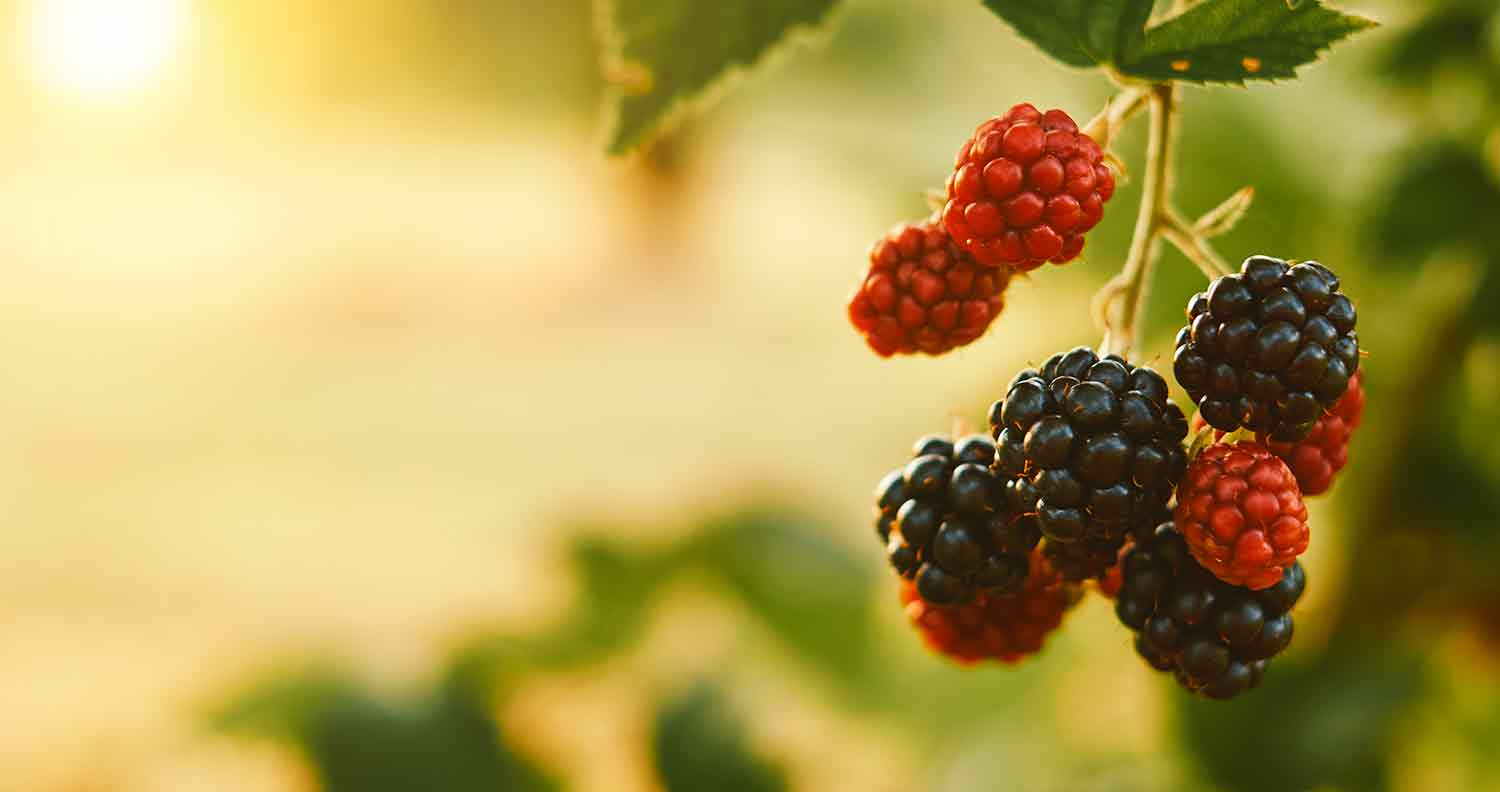 Read this next: Can Cats Eat Coconut? (Can They Have Coconut Oil or Milk?)

Experts believe that cats don’t have a sense of taste for sweet foods, at least not in the same way that human beings do.

This is because they are carnivores and have never really developed a taste for sweet food.

They do have taste buds, but they do not have the ability to taste sweet.

This is why cats don’t show too much interest in sweet food. At the same time, they don’t avoid the food as it does not hurt their taste buds.

That’s why, when you do offer a raspberry to your cat, they will happily eat it without complaint.

If you do give your cat raspberries, make sure it's natural or frozen berries. A frozen raspberry lasts longer, and your cat can lick at the berry all day.

It also helps keep your cat cool in the heat during the summer season.

Are Raspberries Bad for Cats?

There is such a thing as giving your cat too many raspberries. This will end up giving your feline friend a few negative side effects.

For instance, eating too many berries can result in diarrhea.

Your cat will also have an upset stomach and suffer from weird-smelling feces.

There is no set number of raspberries that can be too much for cats. It entirely depends on your cat’s metabolic system. While some show no side effects, others can display symptoms like vomiting and dehydration after eating a few berries.

If your cat happens to eat a large number of raspberries, which is the worst-case scenario, it can end up hurting its kidneys.

Eating too many raspberries can also cause an overdose of xylitol. It is an alcoholic substance, and all kinds of alcohol are harmful to your cat.

While it is present in low amounts in raspberries, your cat may get too much xylitol if it eats a lot of raspberries.

Too much xylitol will potentially make your cat sick. 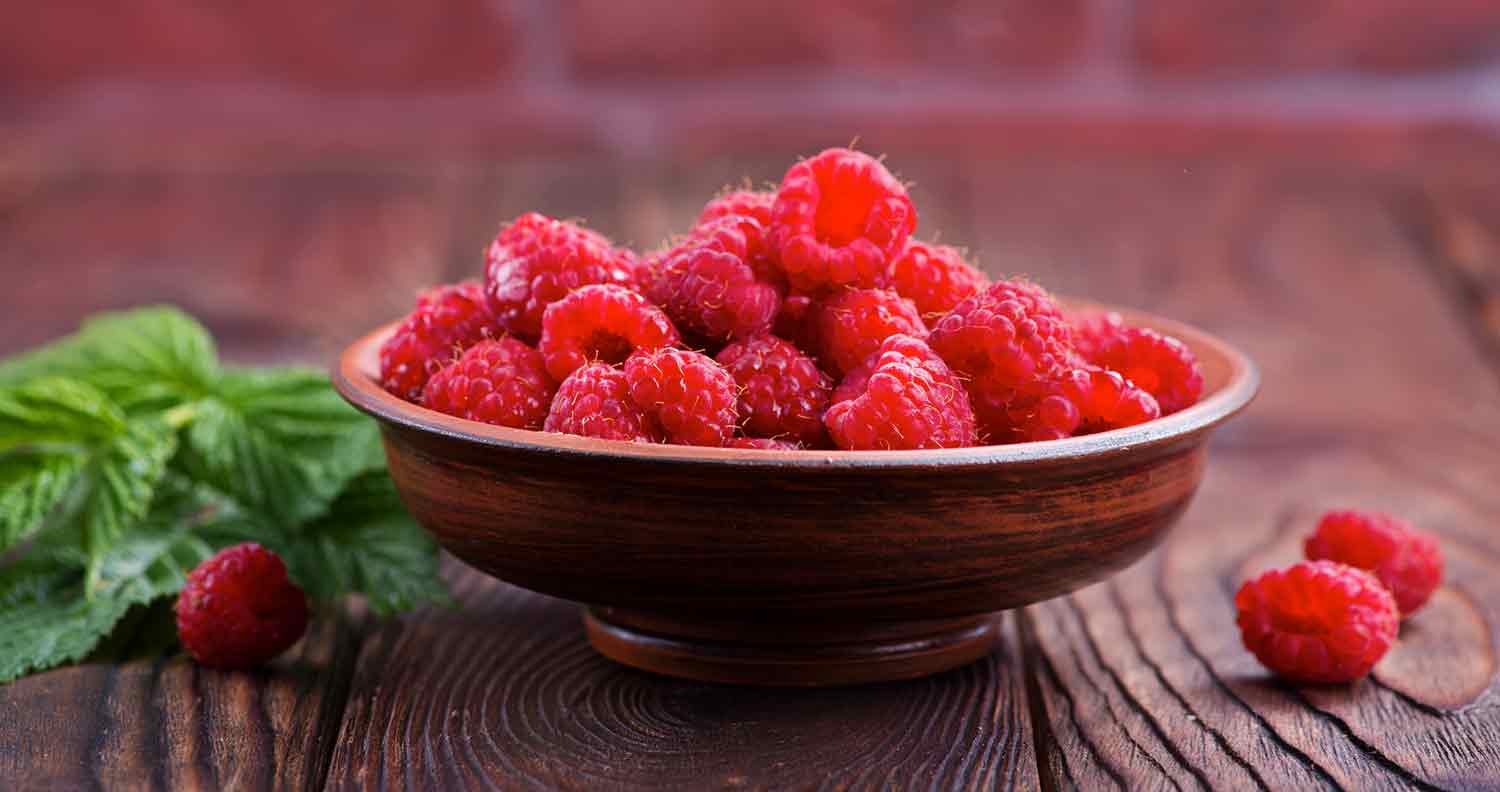 Read this next: Can Cats Eat Peanuts (And Can They Have Peanut Butter?) – Is it Safe?

What Are The Dangers of Eating Raspberries?

You can’t always keep track of your cat’s movements.

When you step out of the room, your cat may end up helping itself to the raspberries you kept in the fruit bowl.

If you believe your cat did eat more raspberries than it should have, you’ll need to look out for symptoms like vomiting and diarrhea.

If the symptoms seem even moderately severe, then it’s best to take your cat to the vet.

You should also try and figure out how many raspberries your cat has actually eaten.

If it’s a very large amount, it could end up affecting your feline friend’s kidneys.

Can Cats Eat Raspberries: The Verdict

Although it is not necessary to give your cat plant-based food, you might want to give them a treat every now and then.

As long as you make sure you restrict the berries to one or two in a week and cut them down to prevent them from being a choking hazard, your cat will not have any problems with eating raspberries.

You’ll just need to ensure this delicious fruit is not easily accessible to your cat, as they wouldn’t know how many berries are good for them in one go.

Read this next: Can Cats Drink Milk? Everything You Need to Know

Mayurii Rajvanshi takes pride in being a content ninja, who is an avid animal lover. She has fostered numerous cats and developed in-depth knowledge of feline facts so she can write about cat health and cat care to help dispel myths with authentic information. Her aim is to encourage responsible pet parenting and cat adoption.

Share 0
Affiliate disclosure : We Love Cats and Kittens is a participant in several affiliate programs including the Amazon Services LLC Associates Program, the Chewy affiliate program and the Walmart affiliate program. These are affiliate advertising programs designed to provide a means for sites to earn advertising fees by advertising and linking to products on their sites. If you click on links in our blog posts and articles we may be paid a commission. For more information on how we choose products to recommend and how we receive affiliate referral and commission fees, read here.