Londoners Marna Gilligan and Sean Purdy had not seen their beloved black and white cat, named Moon Unit, for more than eight years.

So when an email arrived last month, claiming their pet had been found, they didn’t get their hopes up, especially as it said she was not in London, or even the UK for that matter, but more than 200 miles away in Paris. 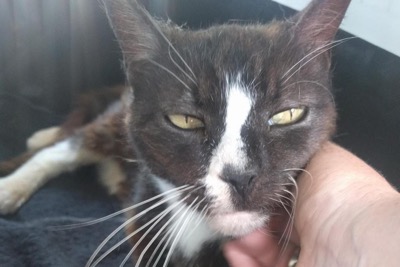 Somehow Moon Unit had crossed the Channel and ended up in the French capital. “We just couldn’t believe it,” said Marna. “We thought, it can’t be her, not after all this time.” Last Friday Moon Unit’s humans, who are no longer a couple, set off on their own journey to Paris to fetch her. “We don’t know what happened to her or where she has been but she wouldn’t have survived if she’d been a stray for eight years,” she added. “We never thought we would see her again.”

The pair had adopted Moon Unit more than a decade ago, even though she had a tendency to bite and scratch, after spotting her hanging around Mr Purdy’s work in east London. The cat, then about five months old, moved into their Bermondsey home and soon gave birth to kittens. But, two years later after a party, she vanished. They searched desperately for her but to no avail, Moon Unit was gone. 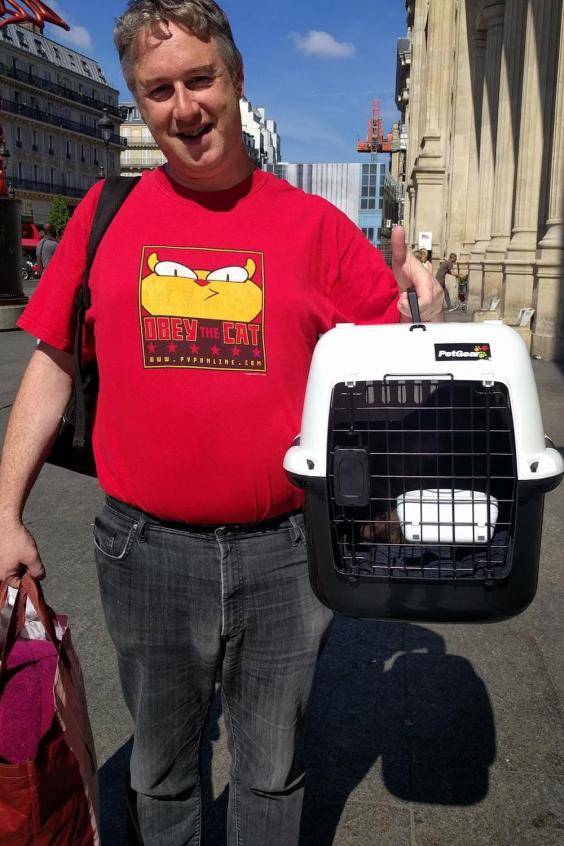 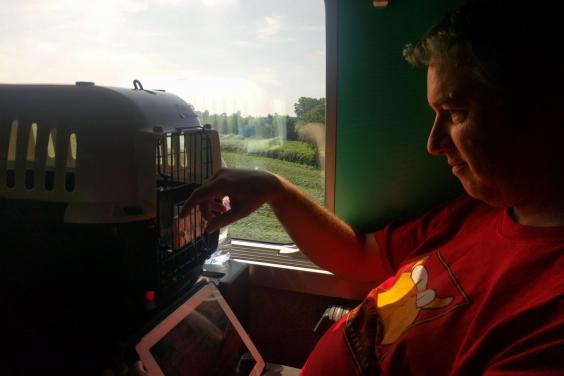 The pair travelled to Paris by Eurostar to be met by two women from ADAD, who handed the cat back. She was, said Ms Gilligan, “the same but a bit more mellow”, and had lost all her teeth. They brought her back to the UK where she now lives with Sean. “I was anxious about having a cat again, because I haven’t looked after one for a couple of years. Moon Unit was quite ferocious in her youth.” But, he said, “she’s been a perfect sweetie, following me around all day purring.”

What a lovely ending to an amazing story of a lost kitty.

All images by Marna Gilligan