A Cat and a Dog That LOVE Travelling Together

Cynthia Bennett and her boyfriend, both based in Colorado, are keen hikers, back in 2014 they adopted their dog Henry at a puppy adoption event. “We looked around and Henry was just sitting there,” explained Cynthia. “They said he was only 3 and a half months, but he was like five times bigger than the other 3 and a half-month old puppies. And he had these long legs, and the body type of a wolf or husky.” 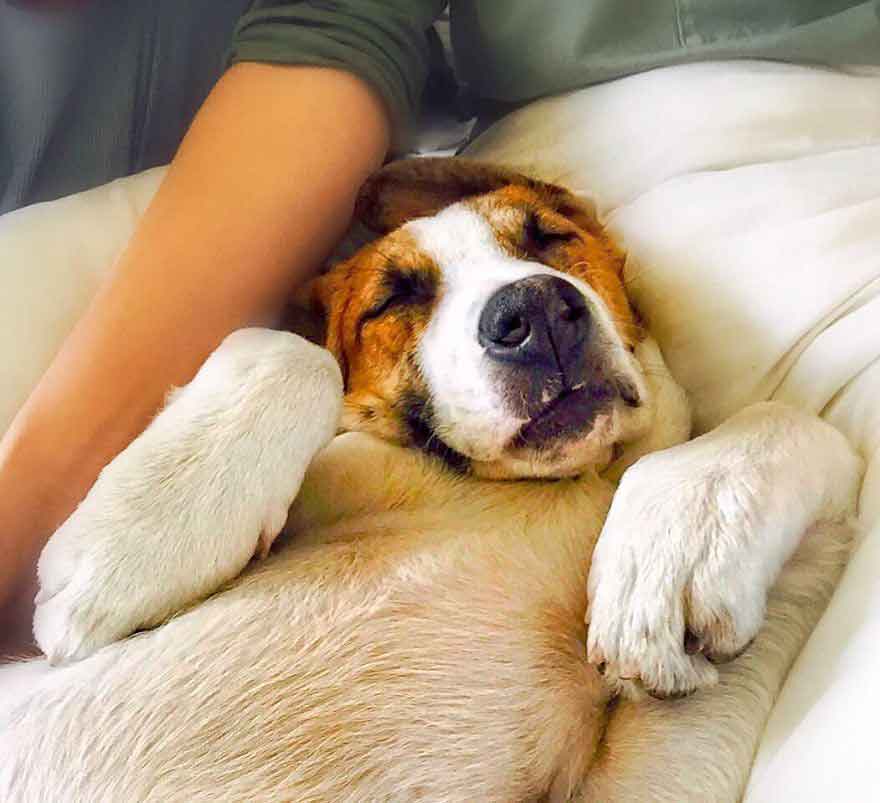 Even though he was only 14 weeks old, it wasn’t long before he began hiking with them. “I think we only had him for three days when we took him on our first hike, which was to Garden of the Gods in Colorado Springs,” she said. “He found the steepest, tallest rock around, and he ran up to the top of it to look over the edge.” 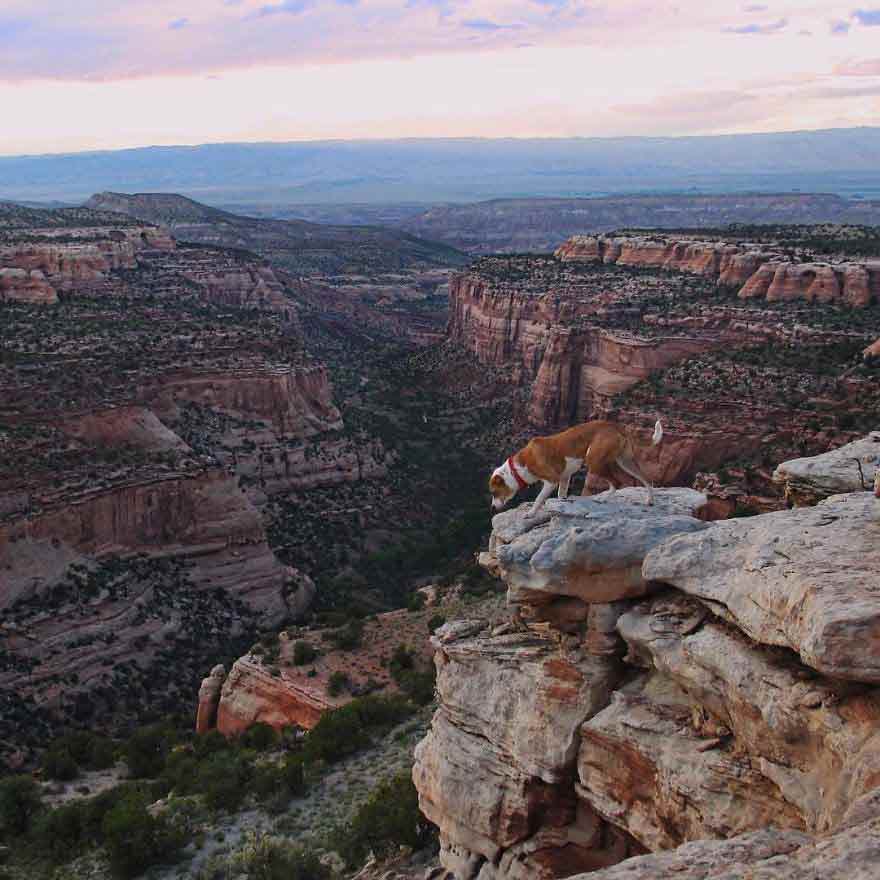 Soon the couple decided to extend their family and began the search for a kitten. “I really wanted a rescue kitten. I’d looked for five months, and I saw lots of different kittens, but none of them really had the right personality or fit. I knew that I wanted to take him anywhere — camping, hiking.” It was then that they found Baloo at a local animal shelter. He was a Siamese mix and as soon as they met a bond was formed. “He ran right up to me,” Cynthia said. “And he was the one who played, but he wasn’t the most rowdy.” 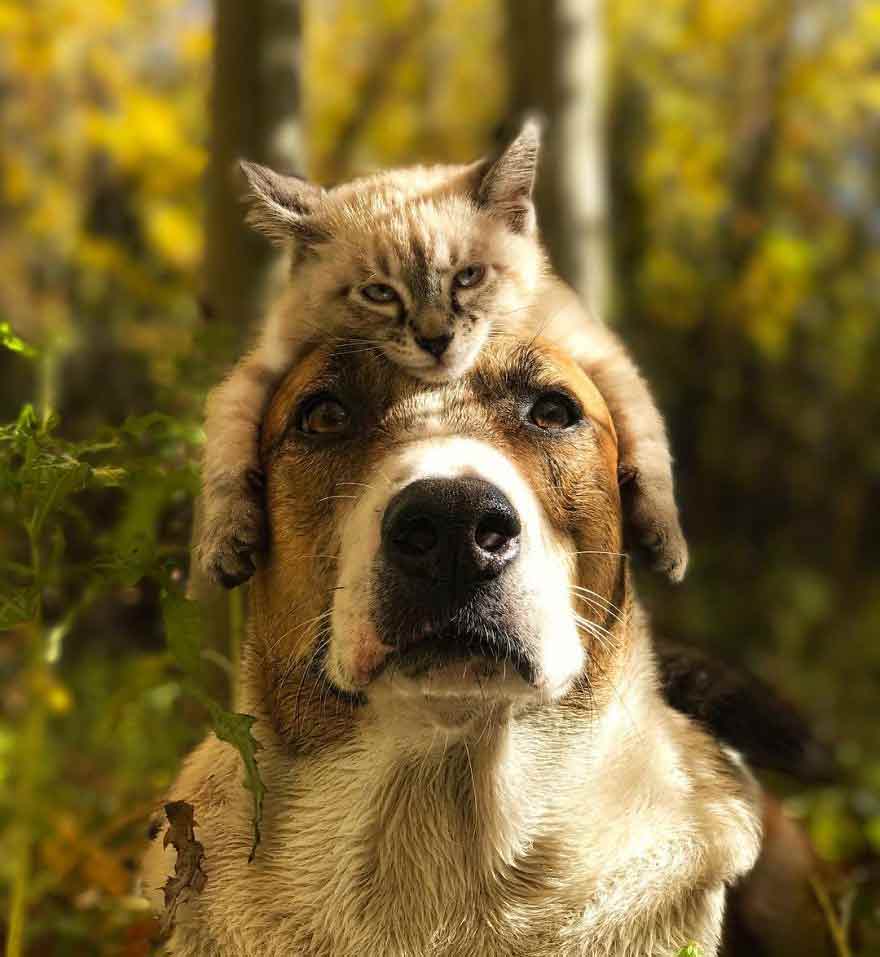 They took Baloo home and introduced him to Henry, it was love at first sight as Baloo immediately snuggled up to the big dog. Before long, Baloo started joining the family on their trips and they have wonderful adventures together which they have documented with these beautiful photos. 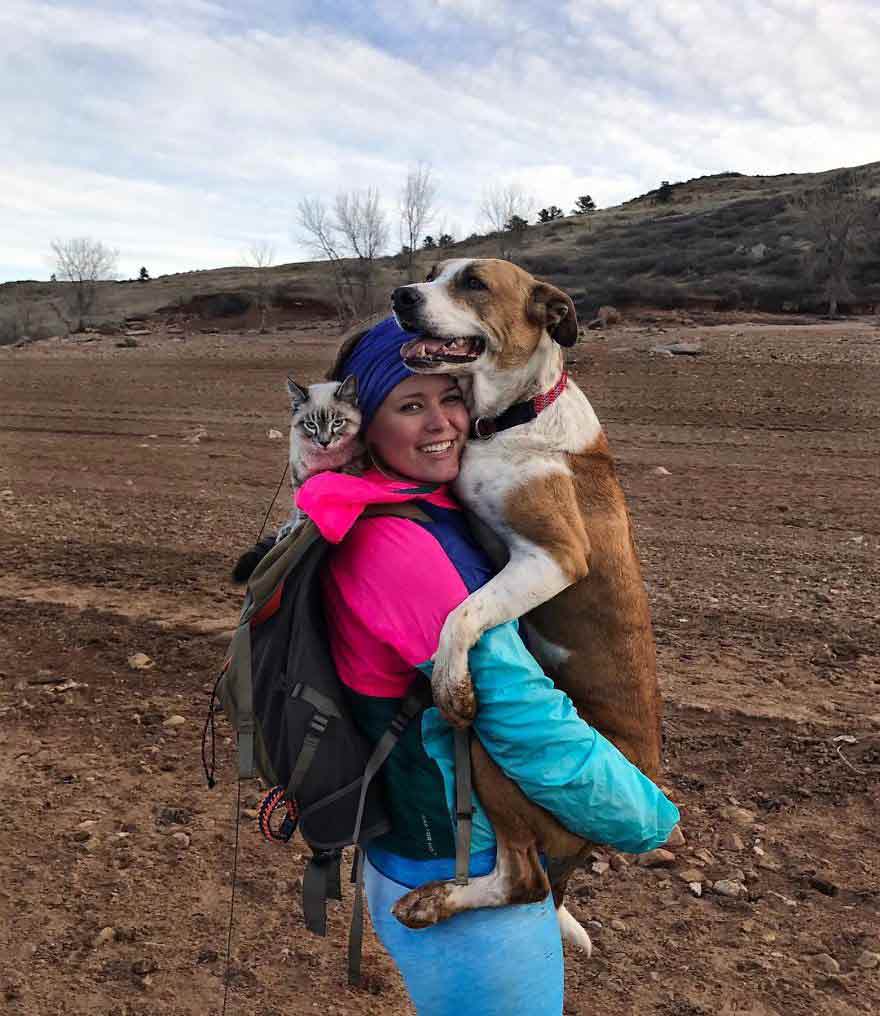 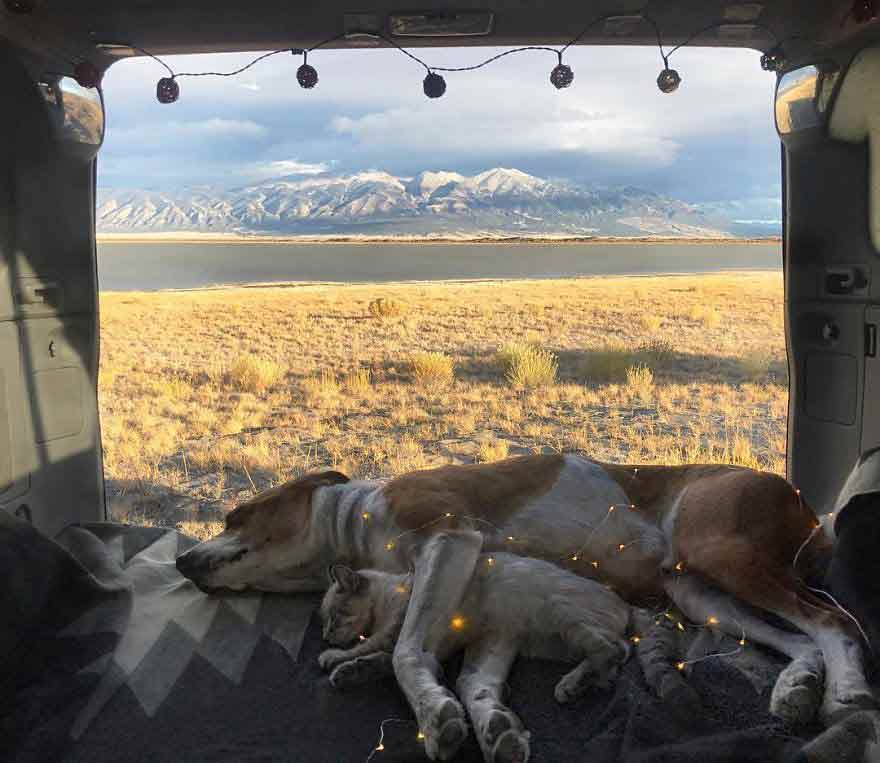 It was love at first sight for Baloo and Henry and the two companions have become inseparable. 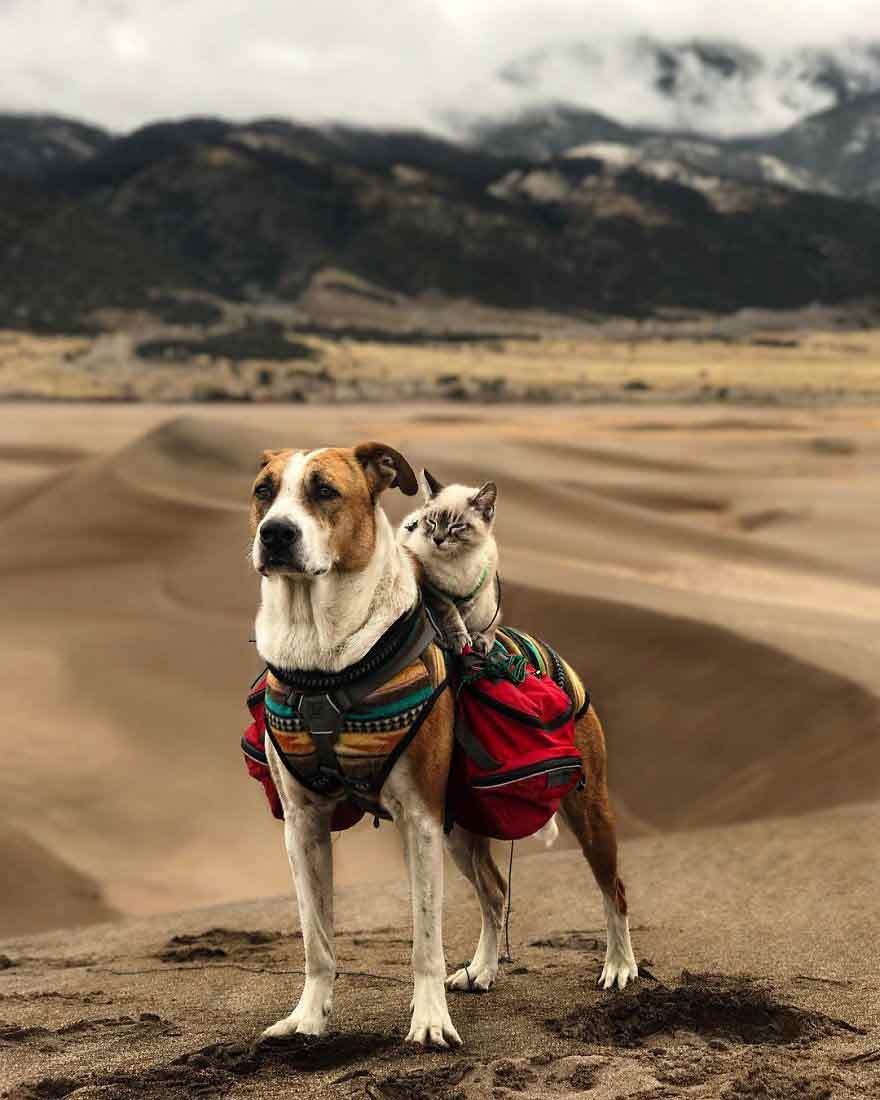 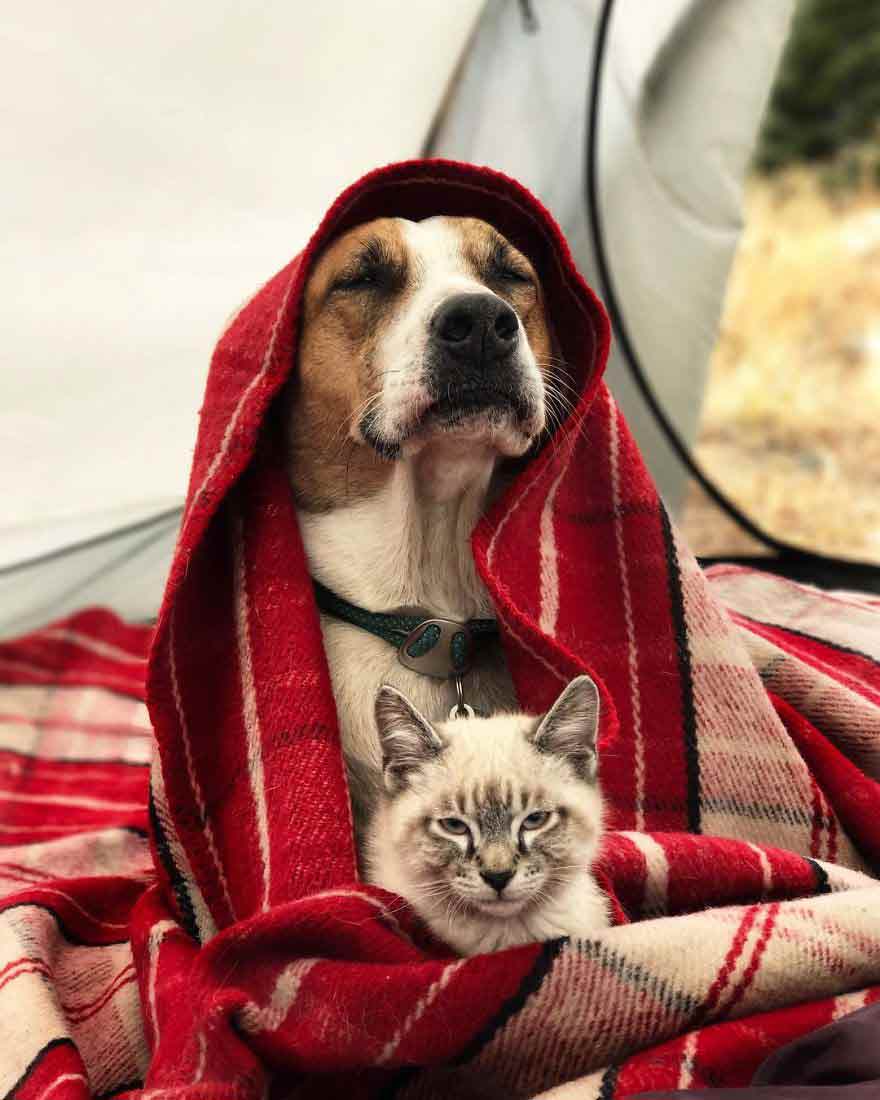 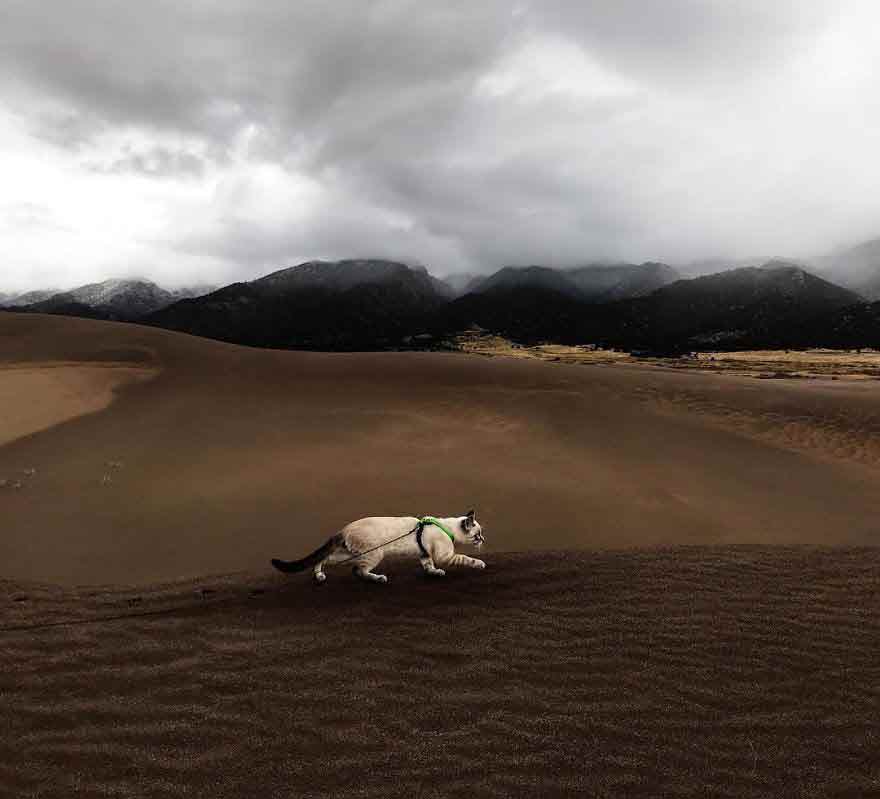 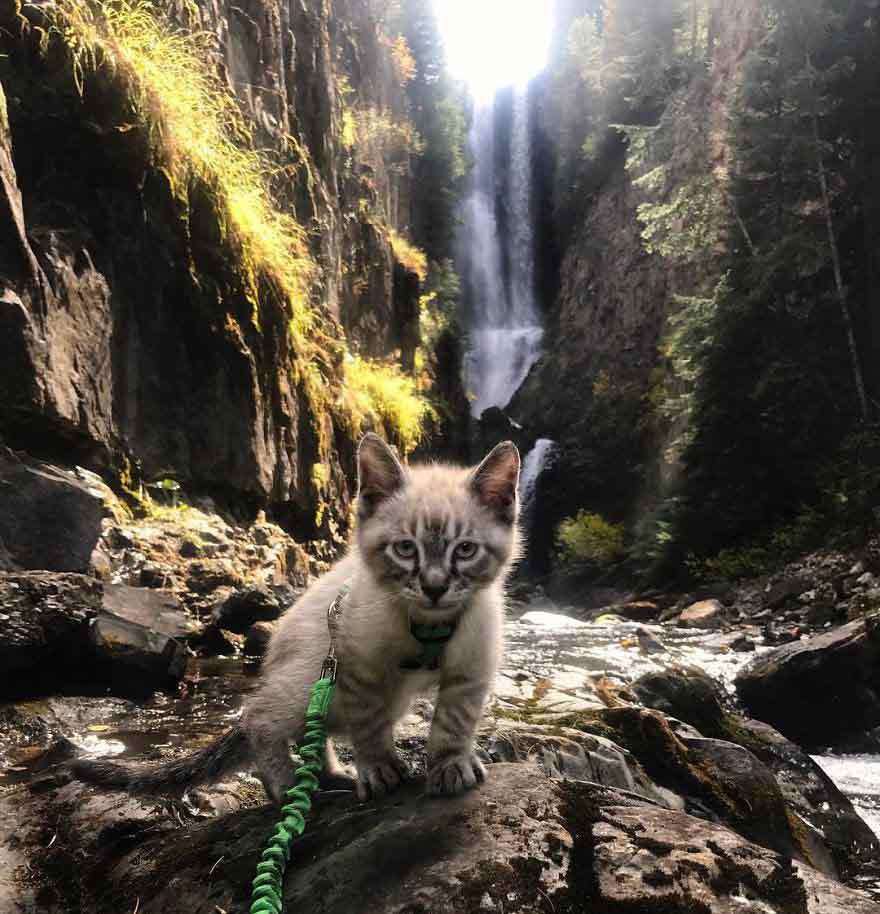 “He’s definitely not the kind of cat we can leave home alone on the weekend anymore, I think he thinks he’s more a dog than anything.” 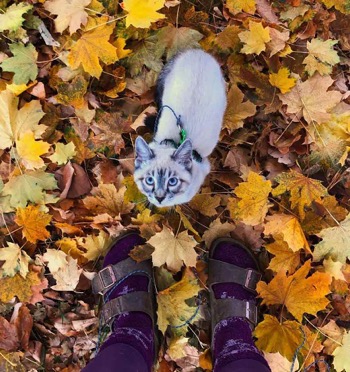 Baloo is so attached to the big pooch that when Cynthia put him onto Henry’s head for a photo — he liked it so much that it became a favorite spot! 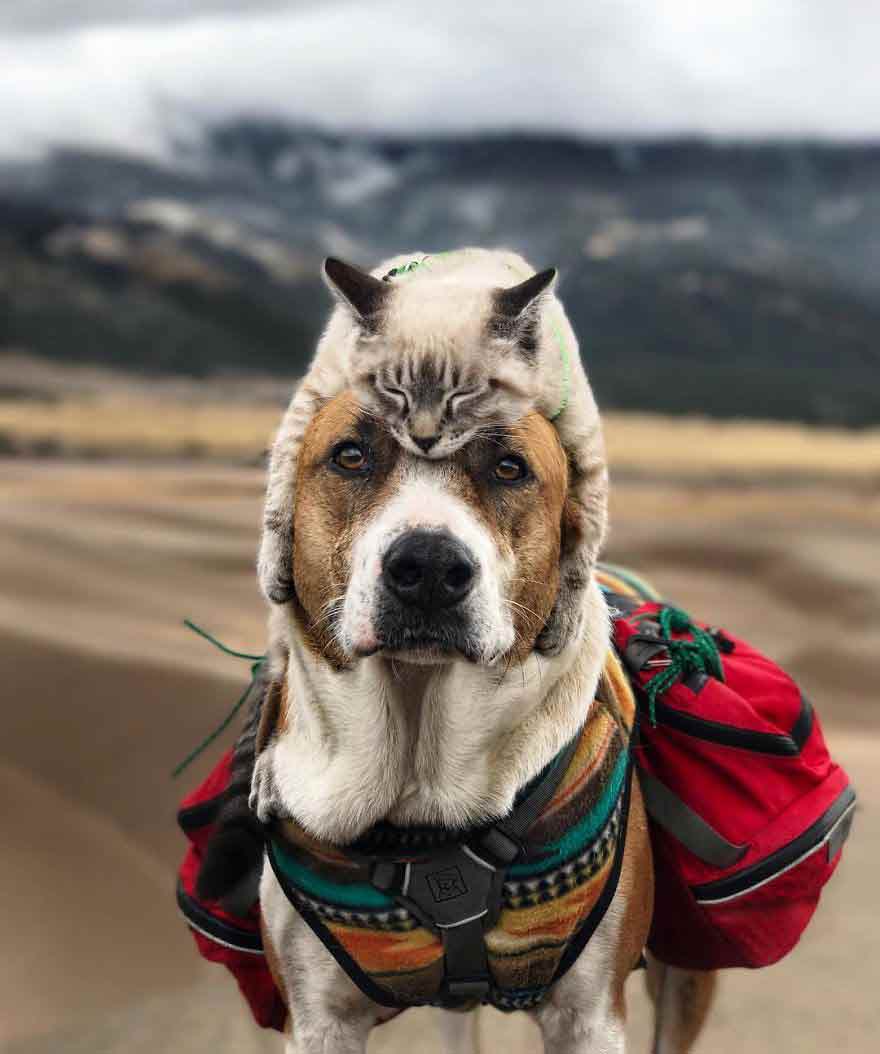 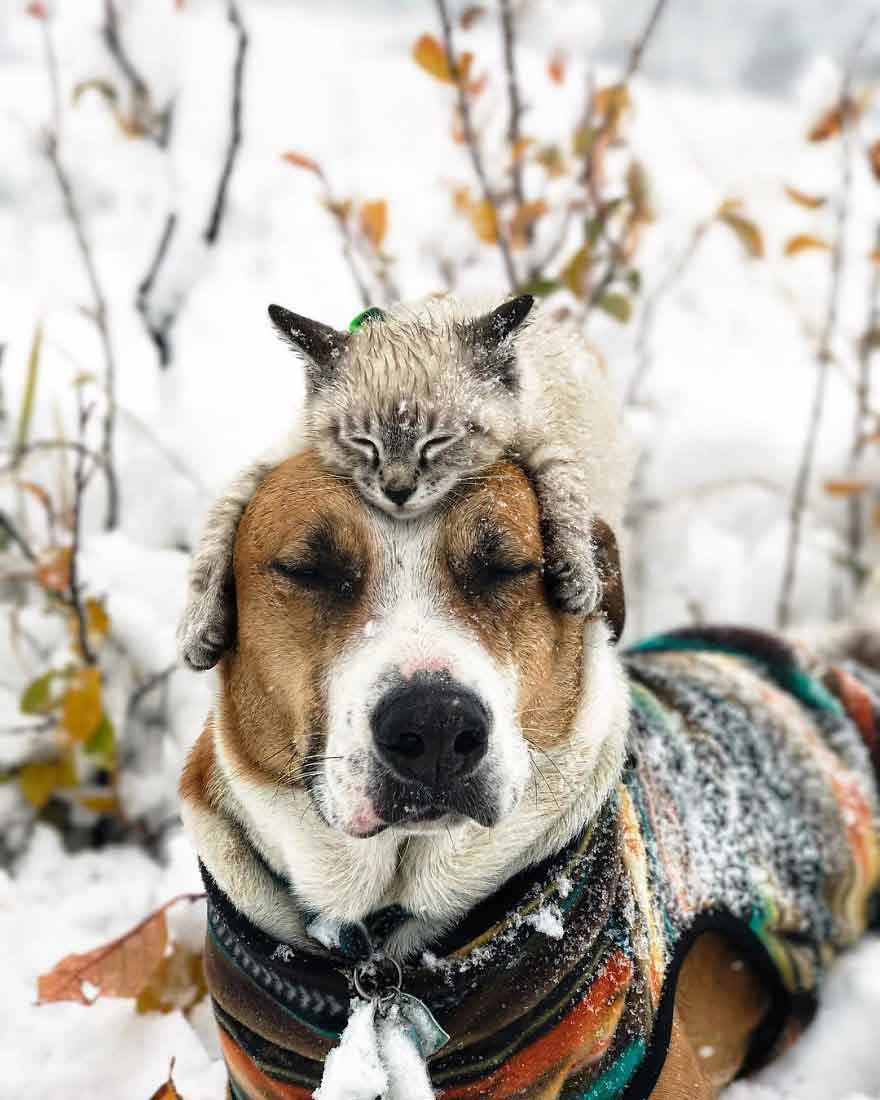 This loving family are so happy together that I’m sure there’ll be many more adventures ahead of them. 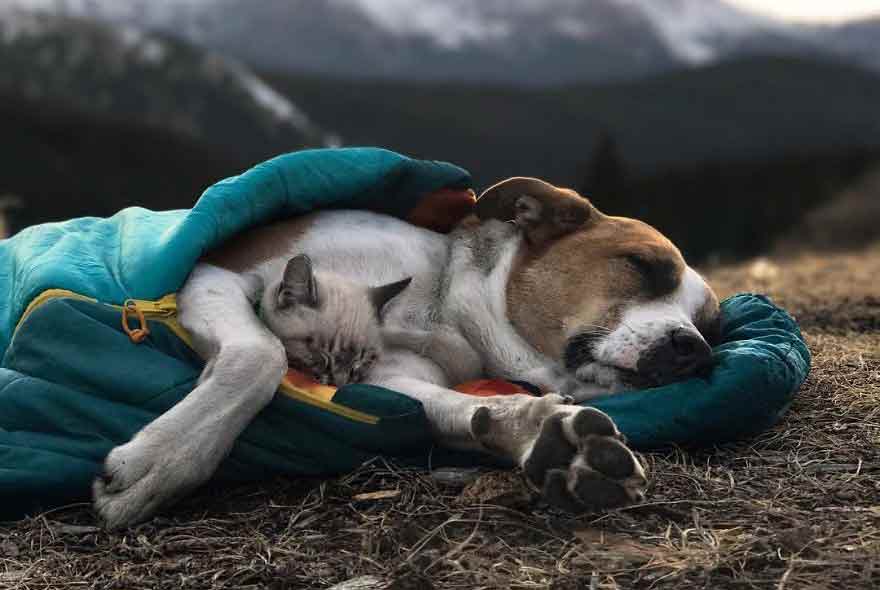 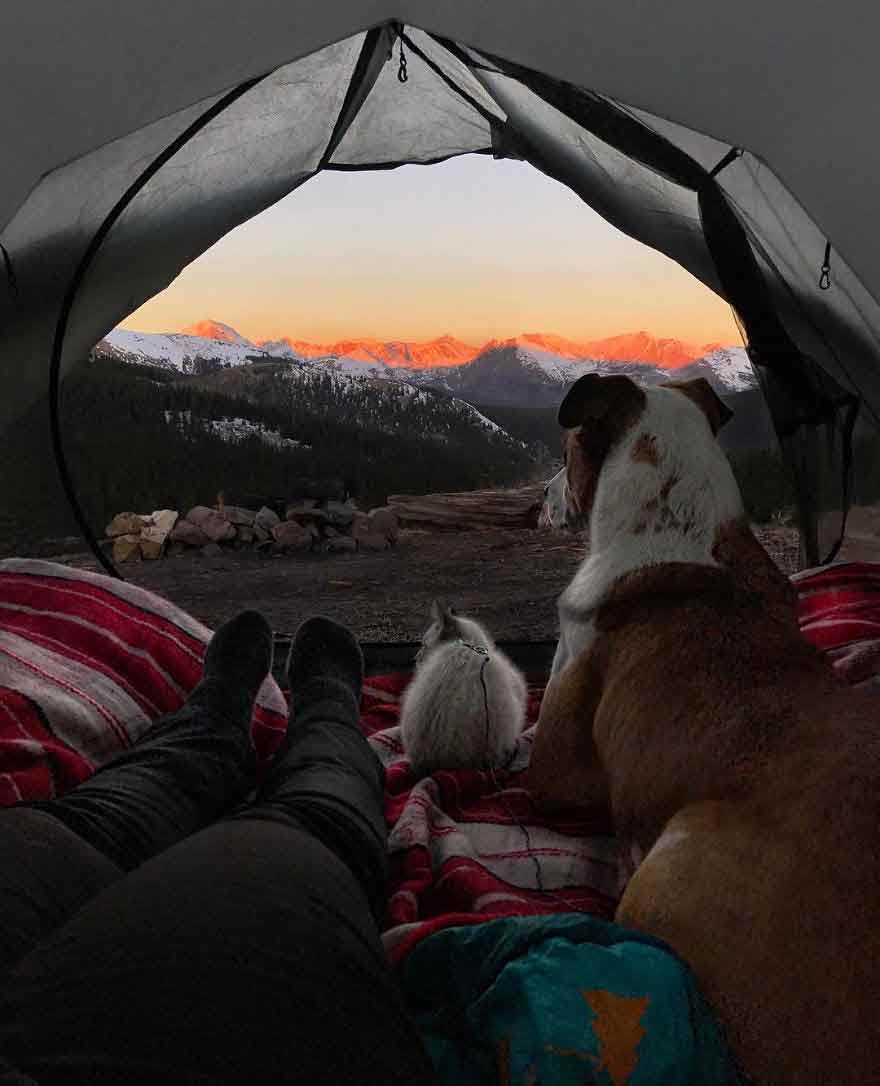 You can see more of Baloo, Henry and Cynthia on Instagram