Cats and Their Bunny Brother Live Together in Purr-fect Harmony

When Scarlett Darby and her family adopted four month old Beau, they had no idea that his personality would be more like a dog than a rabbit.

“When I first met Beau, he basically chose me to be his owner, he was so beautiful and had such a great personality and followed me around until I adopted him,” Scarlett told The Dodo. “I’m so glad he’s a part of our family because he’s just so cute and has the best personality of any rabbit I’ve ever met!” 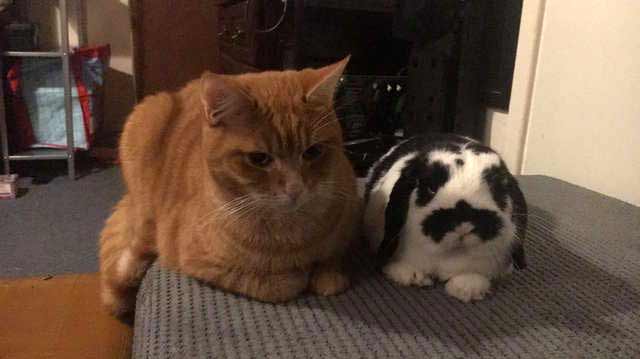 A few months later they decided to add a cat named Ninji to the mix, at first they were worried how Beau and the new arrival would get on, but they had nothing to worry about. From the moment they met it was instant friendship, they loved hanging out and playing together and then one day Ninji discovered Beau’s enclosure. “I had the door of Beau’s cage open whilst I put some food in for him and Ninji decided to jump in,” explained Scarlett. “I was nervous at first but soon realized that Ninji was more interested in Beau’s house than Beau!” 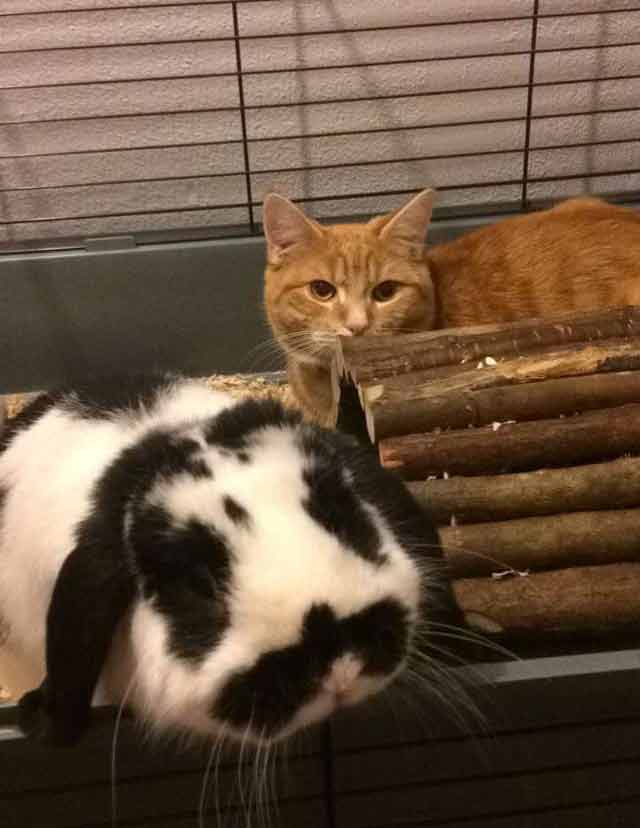 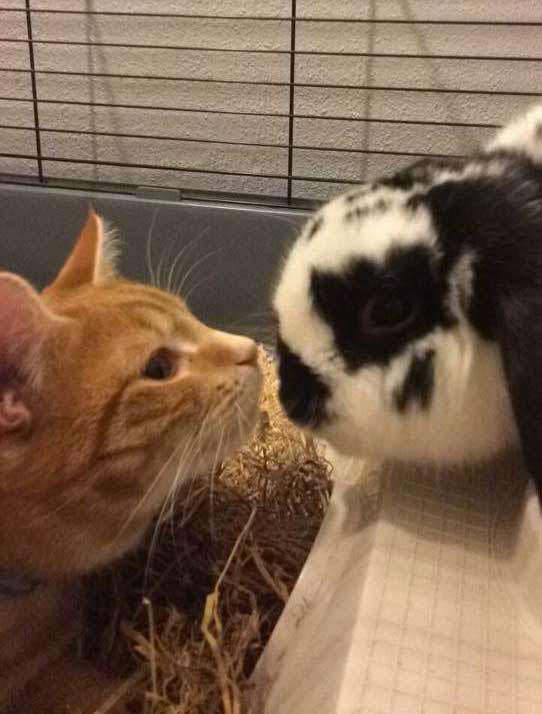 Beau didn’t seem to mind, in fact, he enjoyed sharing it with Ninji. When the family adopted Nibbler the kitten, he began to hang out in there too, it seemed natural for him to copy what his big brother was doing. 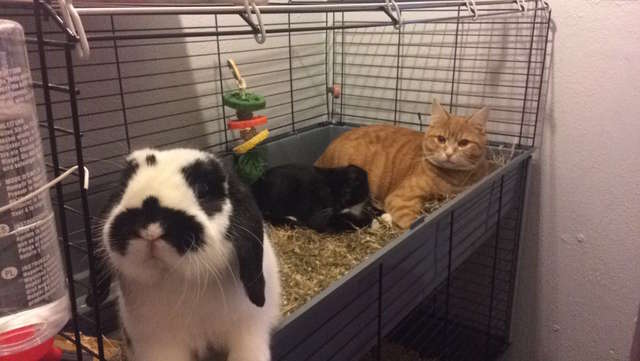 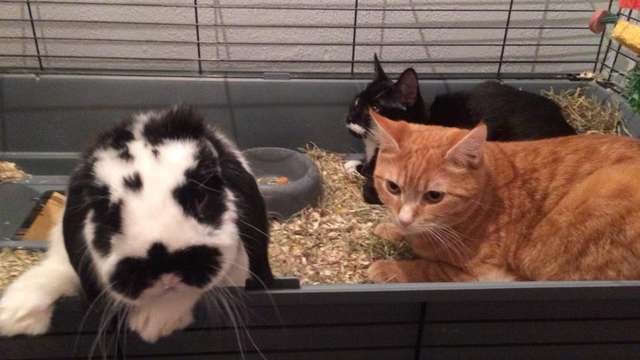 It may seem bizarre to us, but for the Darby family pets it was perfectly normal, they were all part of one big happy family. 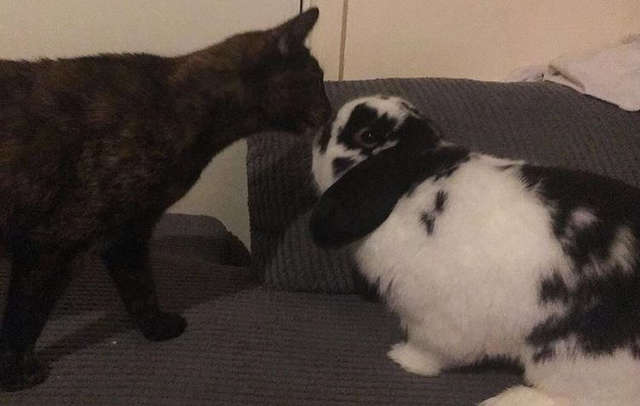 Recently the family got bigger when Lola the kitten was adopted, she bonded with Beau just as easily as her brothers did and soon they were all hanging out in the enclosure together – to them all it was just another day. 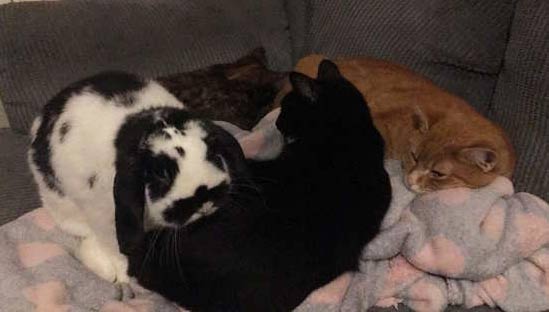 You can see more of this delightful family on Instagram

Click here to meet some kittens that have learned how to bunny hop!