Gilbert the cat lives in Denmark and often enjoys walks with his humans. A while back they were out for a walk, when they spotted a little tabby kitten under a bush all alone so decided to check her out. 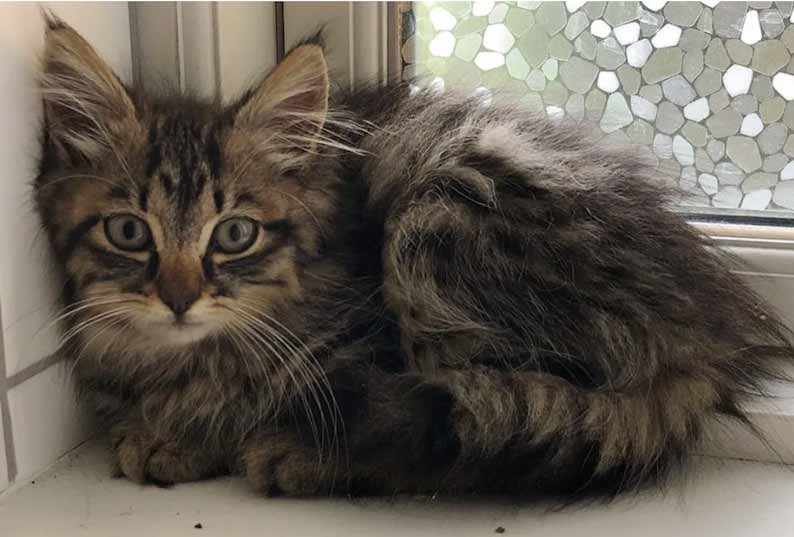 “When we tried to look under the bush, she ran and found another place to hide,” explained Gilbert’s human. But Gilbert wasn’t going to give up, he had decided he wanted a new friend so he walked up to her while she was behind a gate, and tried to give her a nose kiss. 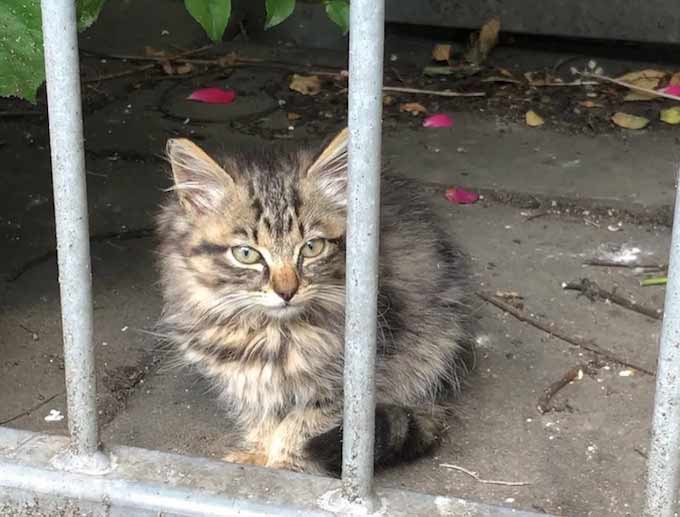 Well that was it! After that, the tiny kitten started to follow him around. It must be love at first sight. Although she had already decided she liked Gilbert, she really wasn’t sure about humans. “She was extremely shy. If I was too close she would run away or hiss at me.” said Gilbert’s dad. 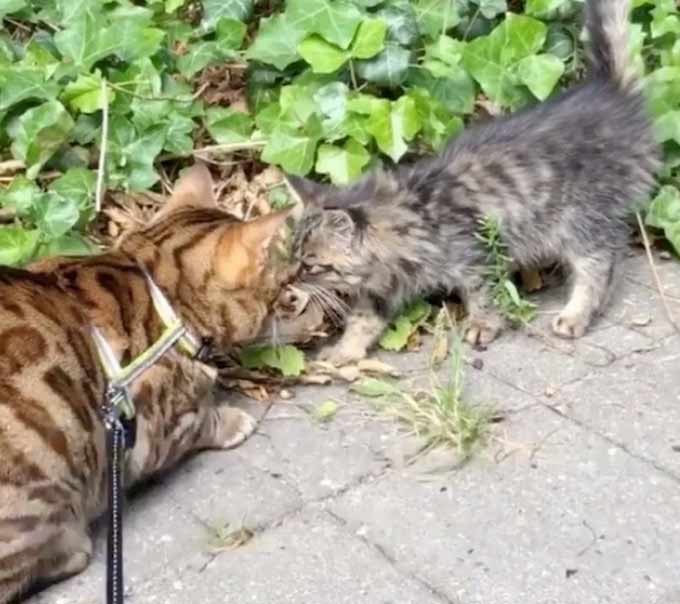 So they took her home and after a much-needed bath, a visit to the vet clinic, and plenty of food, the kitten slowly began to trust the humans and realized that they’re weren’t too scary after all, especially when she was having a cuddle. 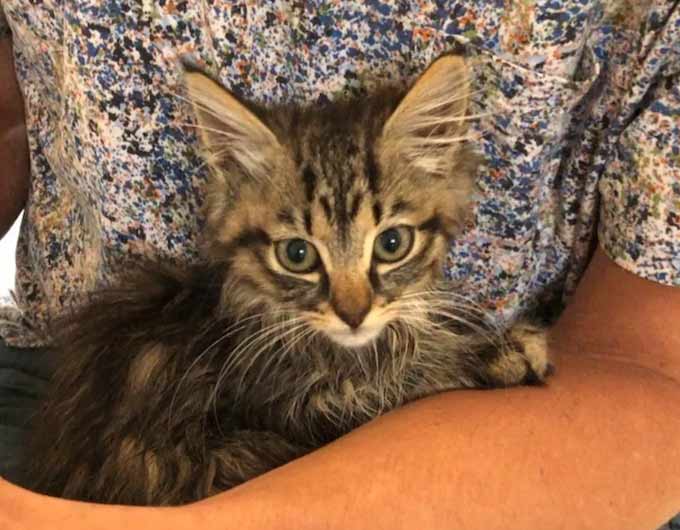 It was time to make a plan and start looking for a new home for her but Gilbert had a different plan.

Meanwhile they gave her a quiet room so that they could slowly introduce her to their other cat Nelly. The kitten became very curious with all the new scents and began to explore, she even started purring, she was a happy kitty. If she made a sound, Gilbert would come running to make sure all was well and before long the three cats bonded although Gilbert was still very protective of her. 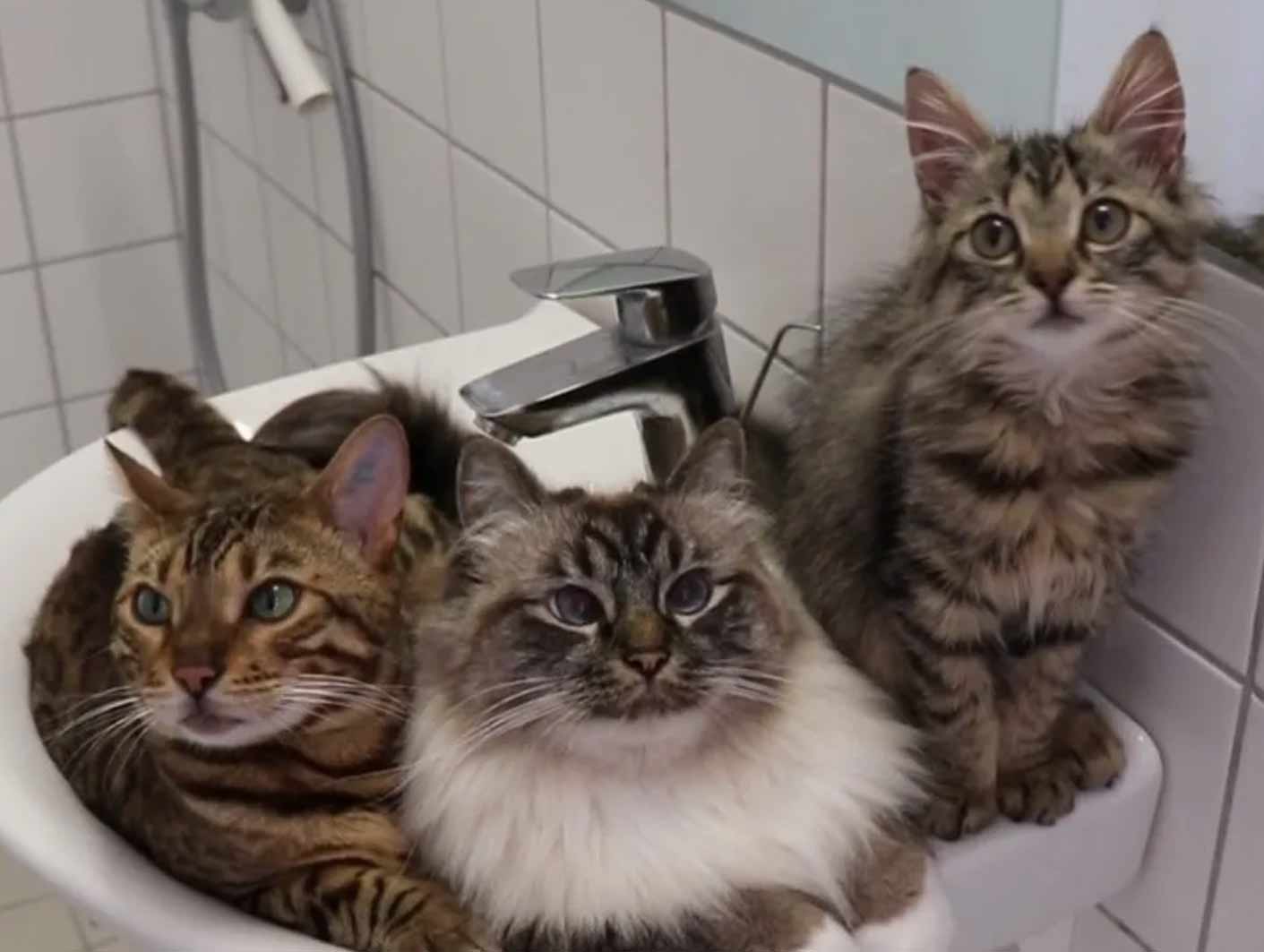 Well that was it, the huumans now realized that they couldn’t separate them. They named her Nala, and officially made her a permanent part of their family.

“She is one of the most loving creatures in this world. She is so affectionate, playful and cute. She loves to be cuddled and meows a lot.” 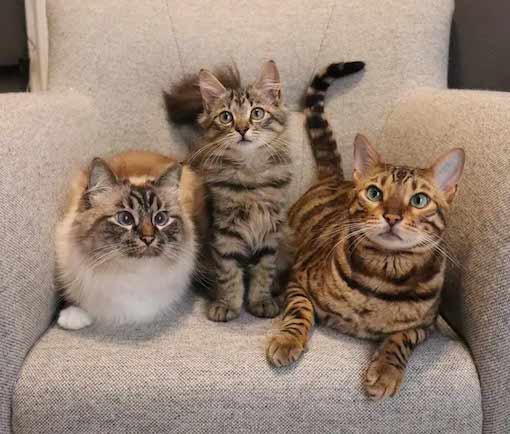 Gilbert makes sure she’s always clean and groomed, giving her lots of baths. 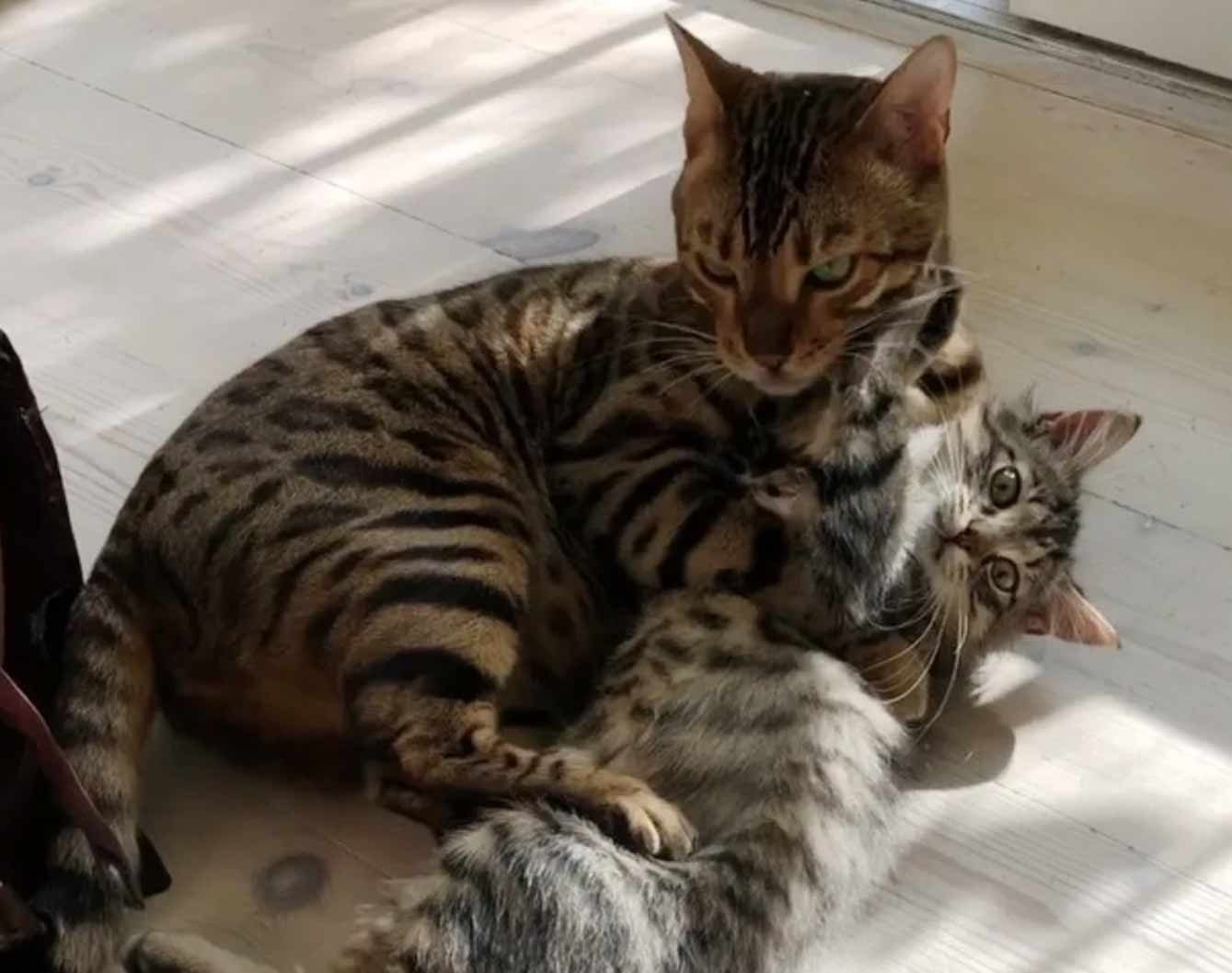 Even though the house is full of cat toys, Nala prefers to with leaves from the yard. “My guess is leaves were her only toys to play with when she was living on the streets.” 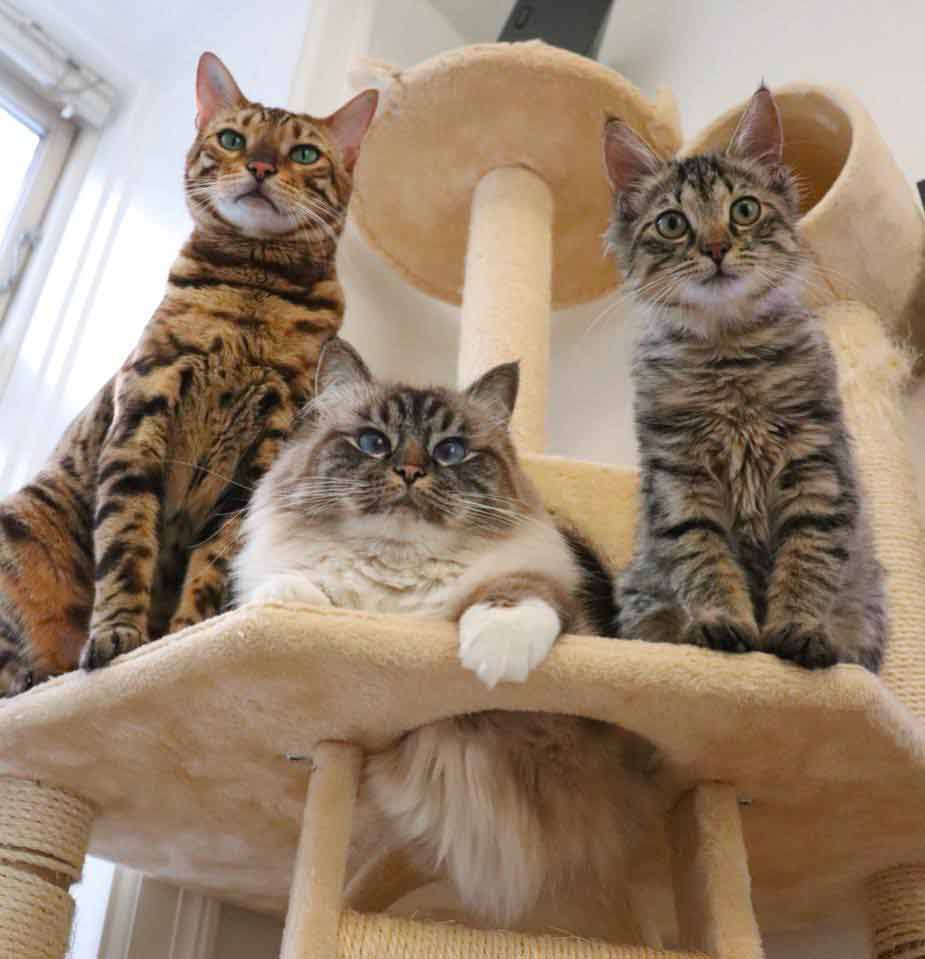 “Nala loves food and she can’t get enough of it. She used to be very possessive over her food because she had to fight for it to survive before we found her.”

This beautiful tabby has almost caught up in size with her siblings but Gilbert will always be her big brother and loves showing her how to be a cat. 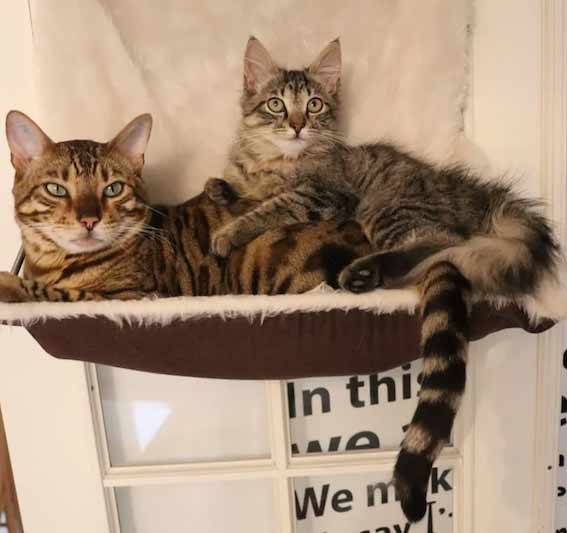 Nala has come a long way from being a scared stray kitten in the bushes, she loves her new life and family, and is blossoming into a gorgeous cat. 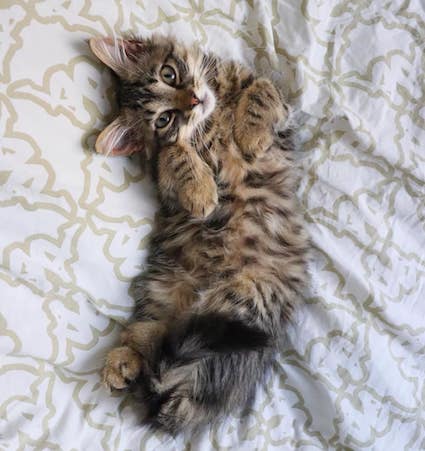 Click here to see Scared Kitten Is Completely Transformed When She Meets Her Foster Mom!