Pint-Sized Kitten Insists on Being Shoulder Cat After Being Rescued

A litter of orphaned kittens were found and brought to a shelter in Montreal, Canada. One of them was much smaller than the others but she was a real fighter. Meet Bambie! 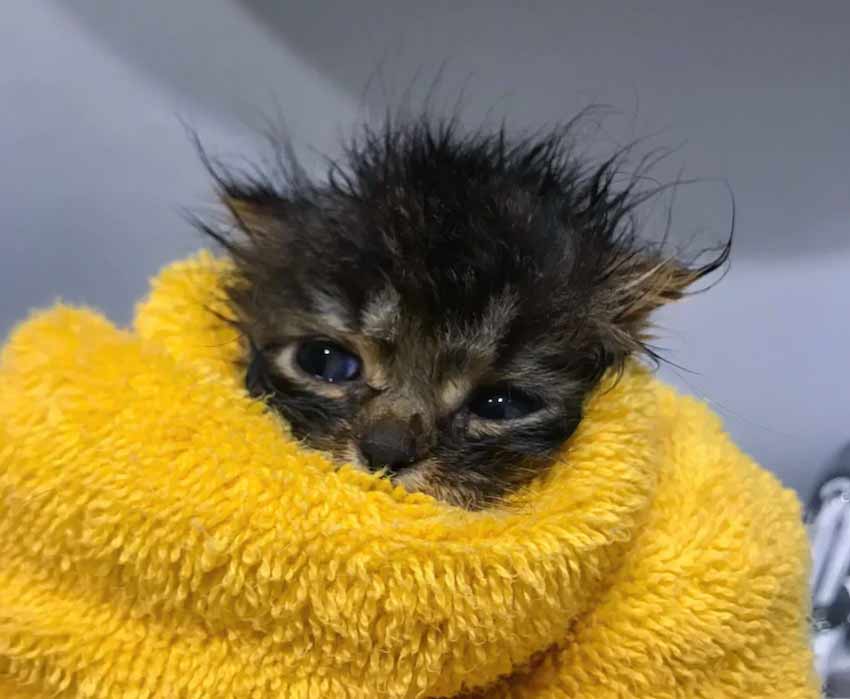 After all the other kittens were nursed back to health, but because she was the runt of the litter, little Bambie was still struggling, so the staff at the shelter called Chatons Orphelins Montréal to see if they could help.

They agreed to help and gave her all the medical help that was available. “Her development was delayed, and her body was very tiny in proportion to her head.” So they put her on medication for GI problems and she began to gain weight. She was then given antibiotics and supplements to help fight off her illness. 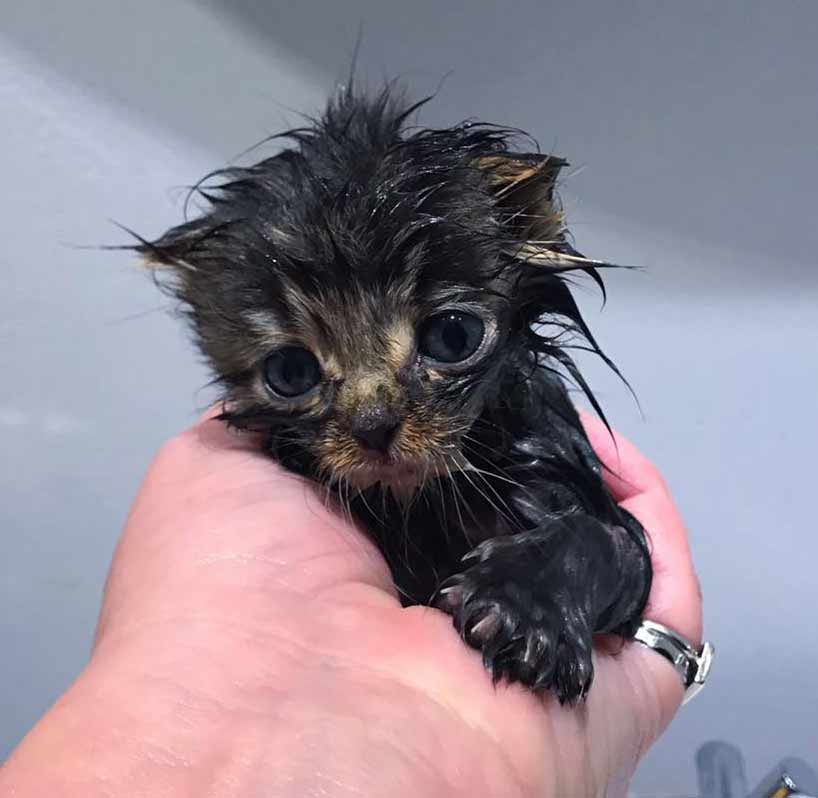 She may be pint-sized but Bambie was a fighter, she never gave up and just kept on purring. “She had a very good response to the treatment and started to feel better.” 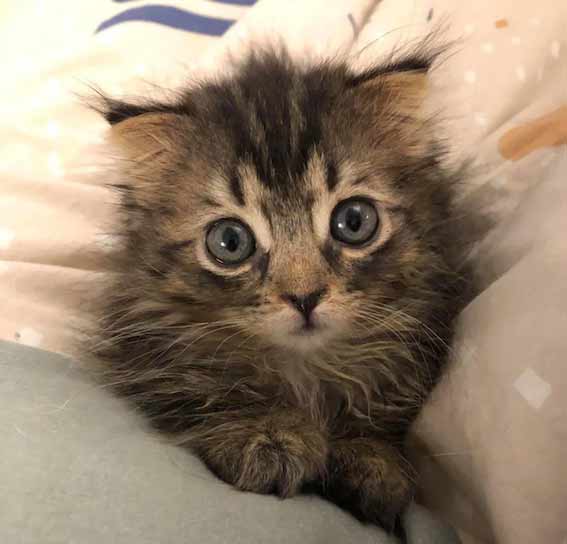 When she was eight weeks old she was still only half the size for her age, but this didn’t stop her, she did all things that kittens of her age should do. 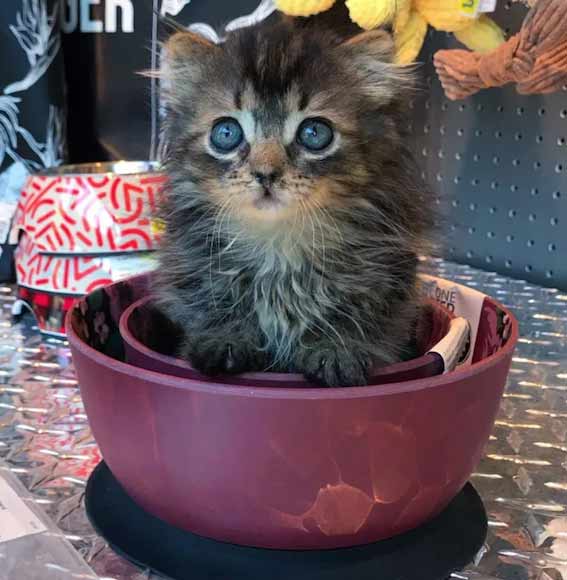 Bambie responded well to the medication and her personality really blossomed. When she’s not perching on a cat tree, she’s on her human’s shoulders, overlooking her surroundings. 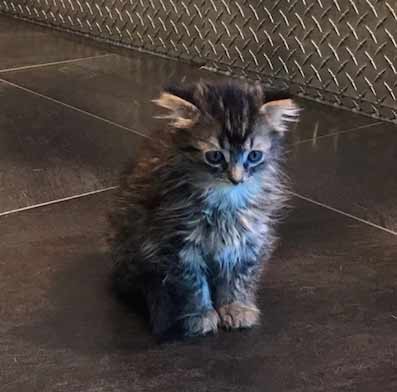 “She loves to climb on the shoulders and snuggle in the crook of the neck. She will sneak into every place possible but always stays close to her humans.” 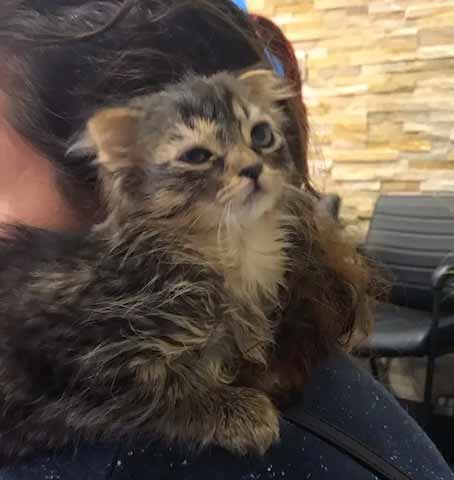 One of her carers said: “She has the look of a cute gremlin with her fuzzy hair and big eyes.”

Bambie loved cuddling with her rescuers but she especially loved riding on their shoulders. “It reassures her a lot when she’s cuddled with her humans. She likes to fall asleep under a blanket near them.” 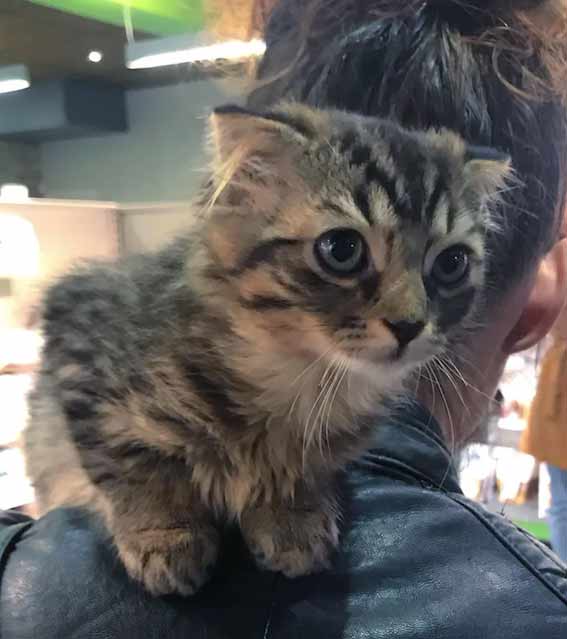 After two months in foster care, she grew into a fluffy, gorgeous cat and was ready for her next adventure in life.

Bambie was adored by all the other rescued kittens that were at the foster home with her and two months later she’s a fluffy, gorgeous cat, healthy and ready for whatever life has in store for her. 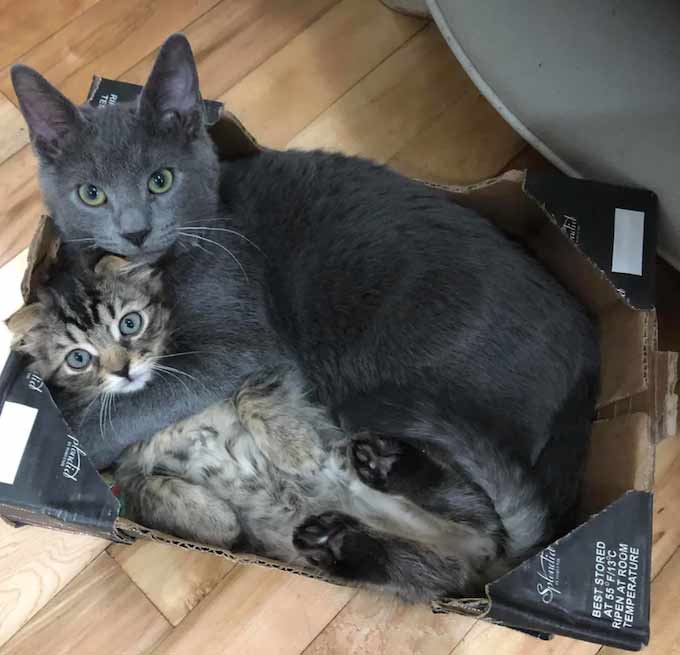 This beautiful tabby girl went up for adoption and straight away a family fell in love and took her to her new home.

Bambie loves her new life with her forever family, especially all the shoulder rides and cuddles! 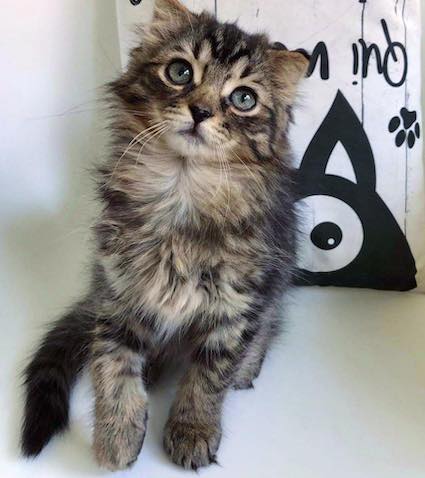 Click here to meet a beautiful kitty with a tail so fluffy it looks like a squirrel’s!