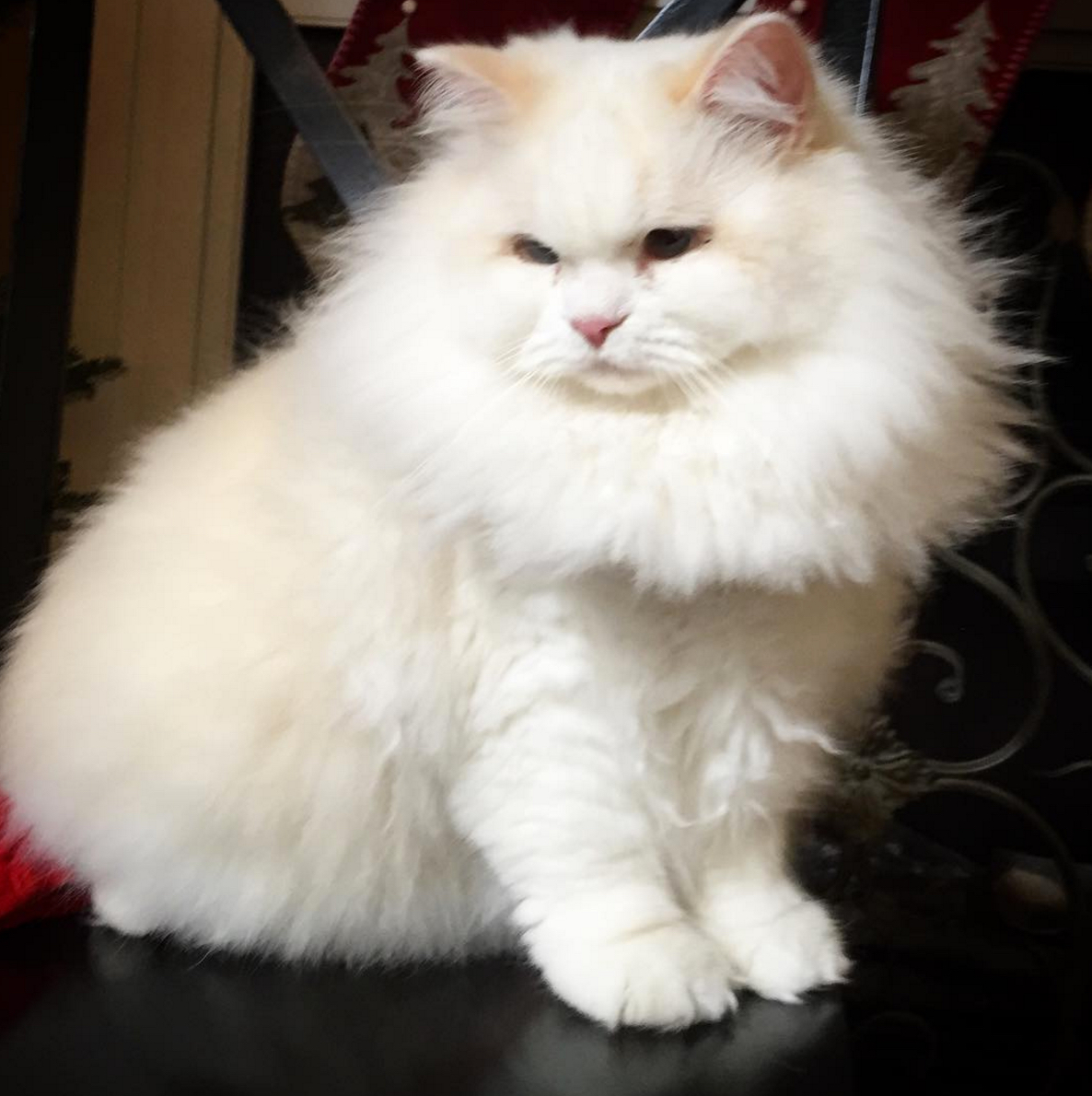 The amazing recovery of a Florida cat who was found covered in ants and severely malnourished by the side of a road is now an Instagram sensation.

His story began when a Florida family found him abandoned by the side of a road whilst walking their dog one day. They immediately took him to the vets where he was diagnosed with a lung and eye infections and deemed near-death with severe dehydration and malnourishment. The Pence family, who named the cat Silas, took the cat in and nursed him back to health, turning him into a healthy, 15-pound ball of fur.

“He got better quickly and he just is the sweetest cat in the world,” They said. “He’s a Ragdoll mix and when you hold him he kind of goes limp.” They added “He acts like a dog, follows you everywhere, greets you at the door.” 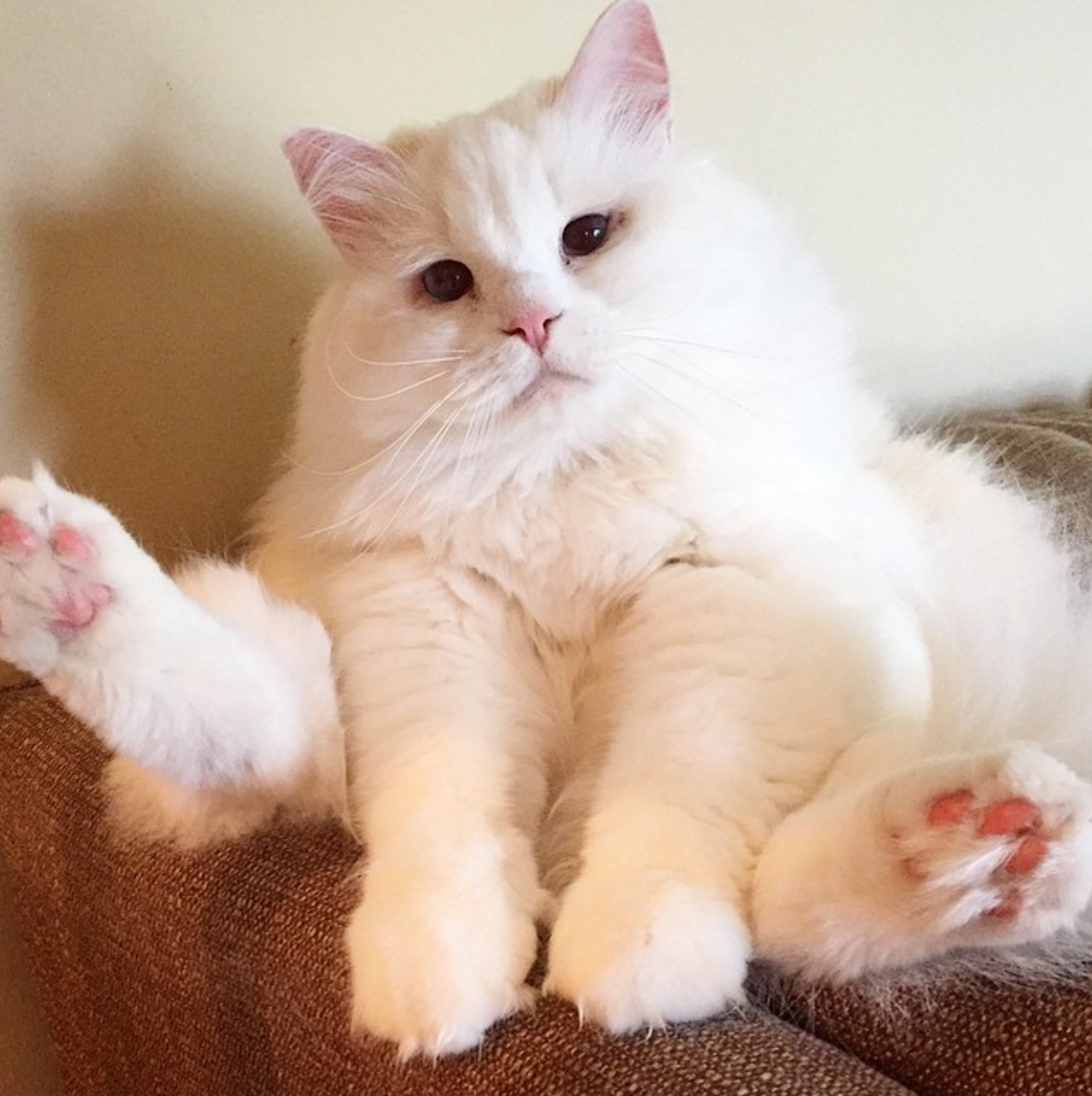 Silas had so many admirers among the Pences’ family and friends that the family joked about getting him his own Instagram account. Catherine, a younger member of the family, took them up on the idea and now Silas has more than 15,000 followers on Instagram. She used the cat’s before-and-after photo as the first picture and he got a lot of followers very quickly.

They decided to maintain the site and regularly added photos as his fan base grew. To this day they are still receiving hundreds of messages from people all over the world. “He is a beautiful cat but it’s his personality,” They said of the cat’s appeal. “It’s almost like he’s thankful [to be alive].” 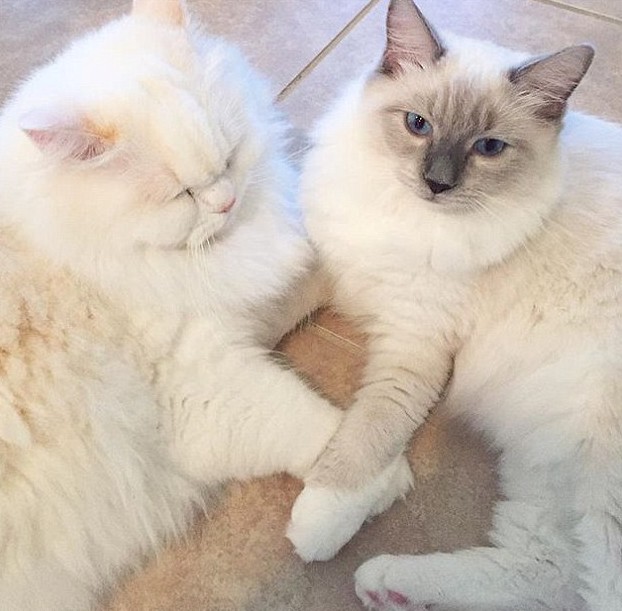 Silas now has a new little kitty to play with, as the family adopted a younger white kitten, Lincoln, over the summer. The two cats play and regularly snuggle together, and the Instagram page even features a video of Silas lovingly licking Lincoln’s furry face.

You can see more of Silas on Instagram here.

Click here to see 6 stages of a cat falling in love with his baby sister!