An emaciated cat weighing barely 5 lbs got a second chance… and he is so happy! 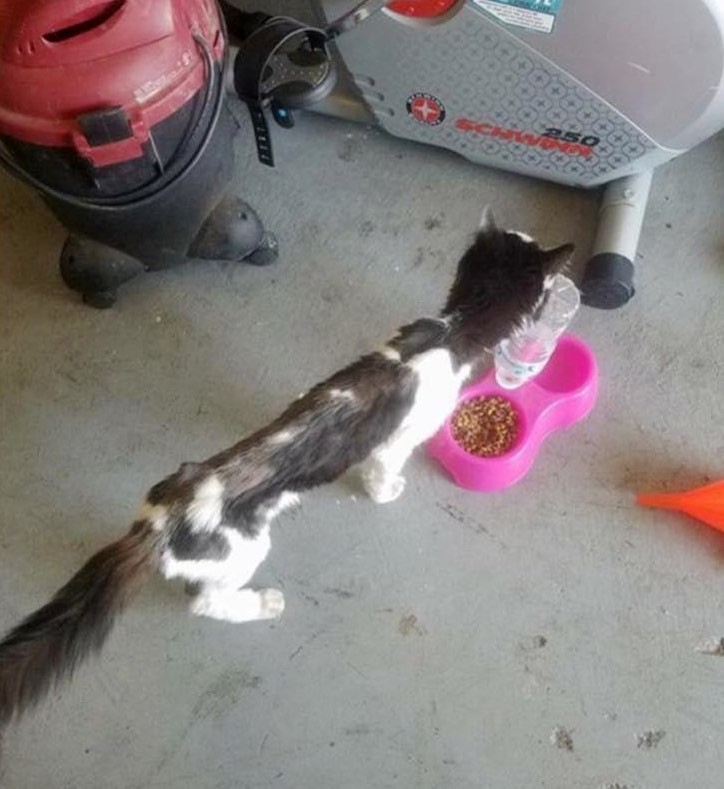 Karyn Poplin of Kitty Adventure Rescue League & Sanctuary saw an urgent plea on Facebook searching for help for a cat that wandered into a neighbourhood. “I didn’t really need to see anymore than this first photo before I knew I had to help,” Karyn said. She wasn’t sure how long he’s been on the streets and how long the poor guy has been starving.

“We know he was someone’s pet at some time. Unsure if he just had a string of bad luck or if someone dumped him off. He was never claimed by his owners and he was not microchipped, so we took him in.” 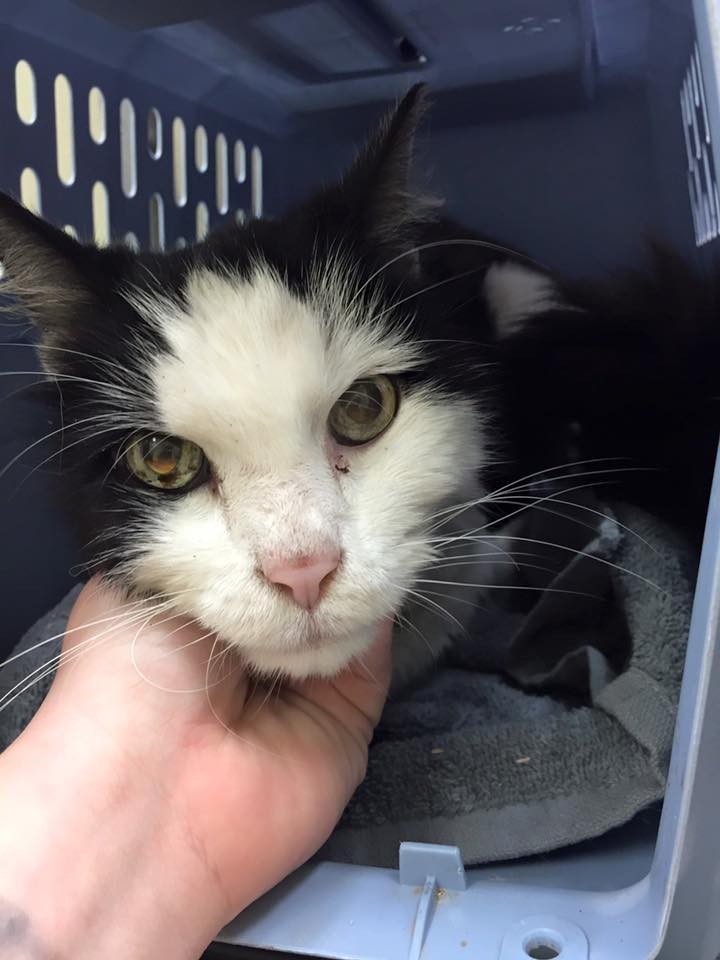 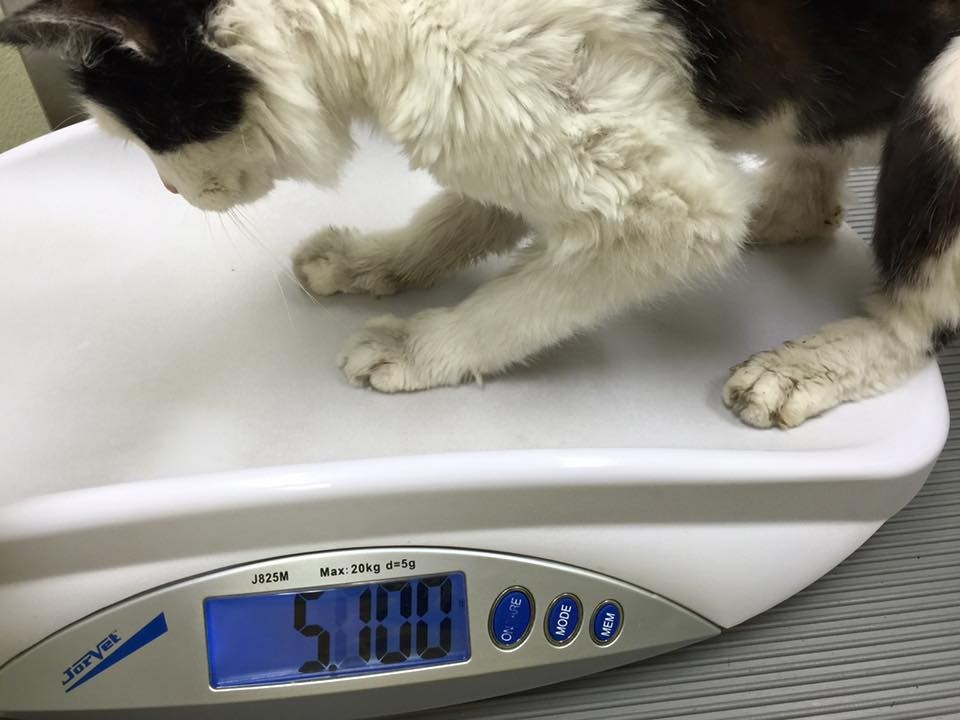 When they were at the vet’s office, Wallace couldn’t stop purring and smiling!

“He’s got a motor on him! He was SO happy to have someone pay some attention to him.” 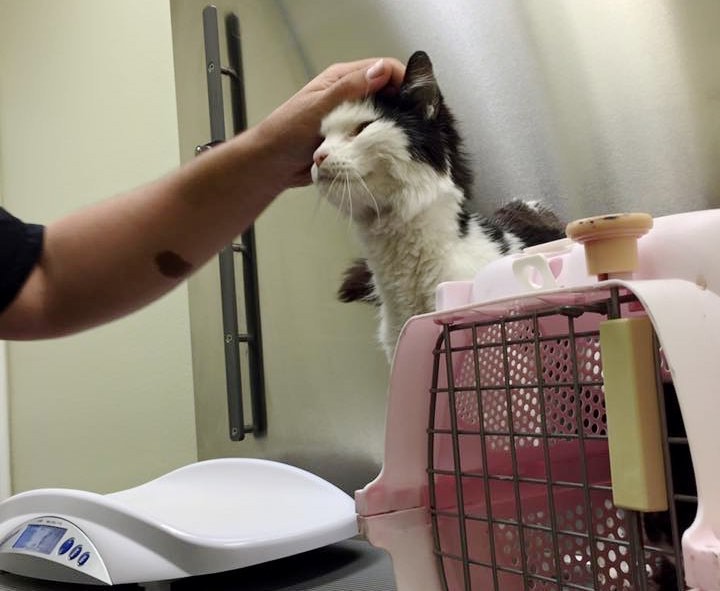 They gave him a bowl of food and he finally had a full belly in who knows how long!

“We have a positive outlook for his recovery. No kitty should be this skinny!” 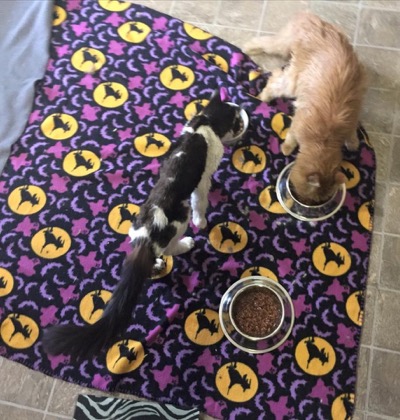 Wallace has since moved into his forever home and has even made a best friend.

“His roommate is 20 year old Oswald and they get along just fine. Wallace takes the window and Oswald takes the very coveted plush beds.” 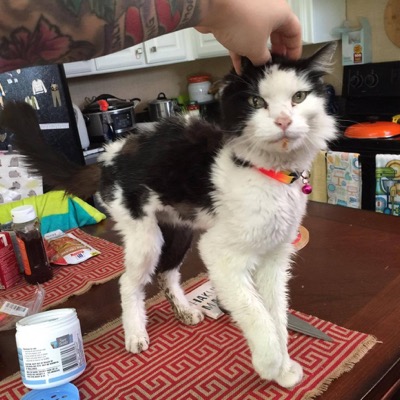 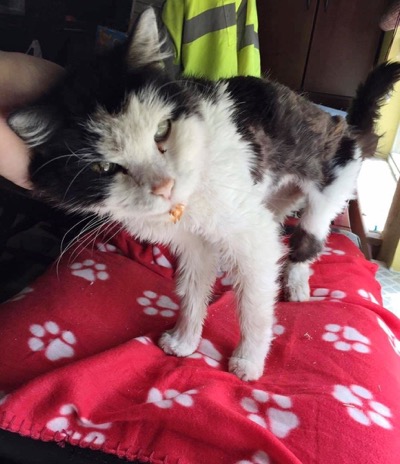 He’s got a nice warm cozy spot by the window and he’s very happy to be a house kitty now. He’s even got some lunch on his chin that he’s very proud of! 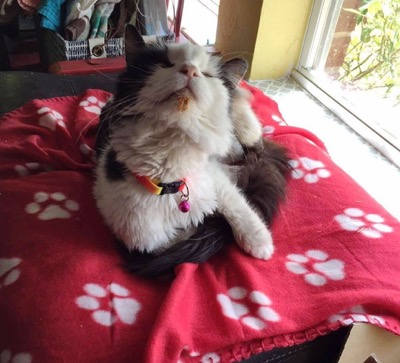 And he LOVES his yummy treats!