Meet Sophie, a fluffy female cat who has an admirer. 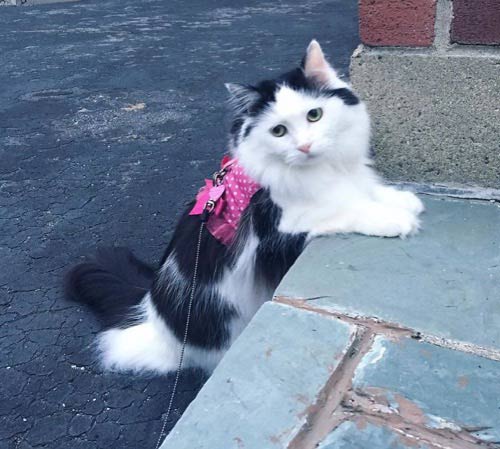 His name is Scottie, the boy cat next door who has fallen head over paws in love with her. 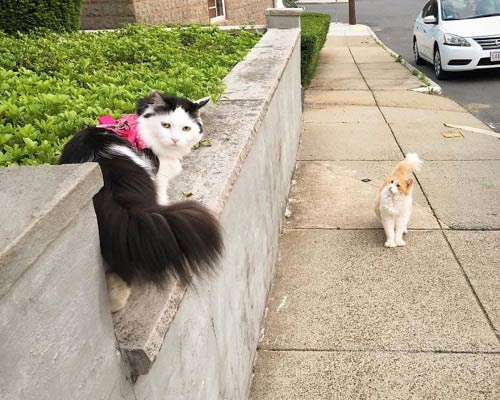 Ever since he laid eyes on her almost 2 years ago he has been her number one fan and follows her everywhere. He even makes house calls! 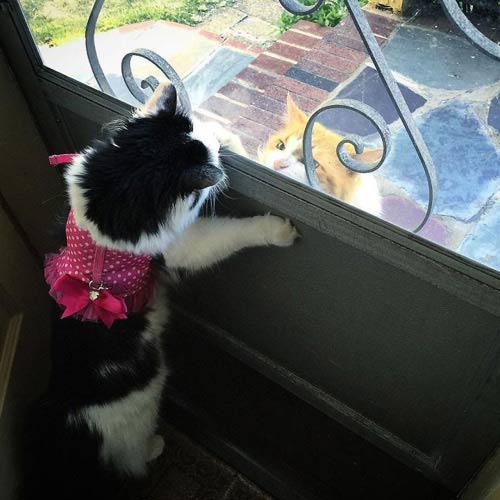 Sophie is a rescue cat and was adopted back in 2014. “I remember when I first started taking her out on the leash, Scottie would come over and watch from across the lawn or driveway without coming too close,” says Sophie’s human mama. 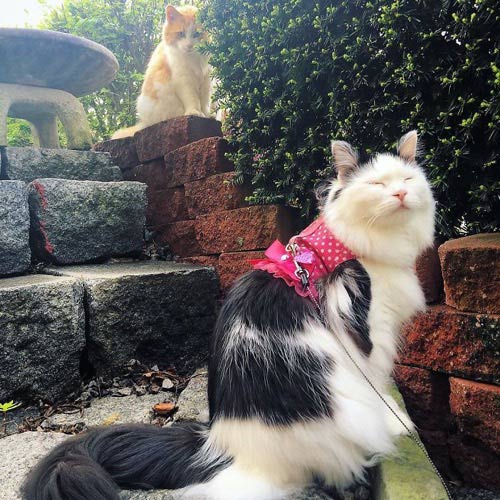 This love struck kitty was very patient and would admire her from afar. 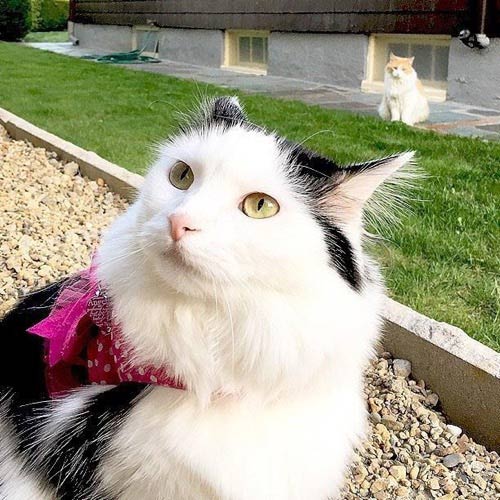 “Sophie was too busy for him… but soon he became bolder and would sit closer like he was waiting for an invite to join in. Sophie didn’t seem to mind he was there as long as she didn’t have to pay attention to him much.” 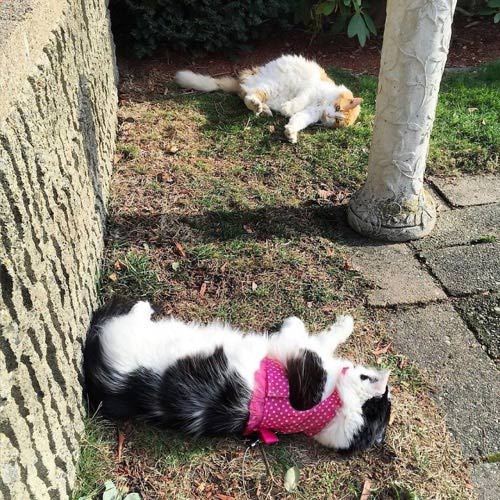 But before long his persistence started paying off and Sophie came to expect him on her adventures and allowed him to sit with her. 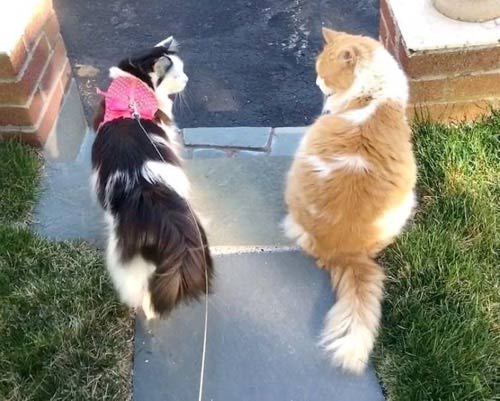 Two years later and this attractive couple are now inseparable.

“They are so cute together. Whatever Sophie does, he does too.” 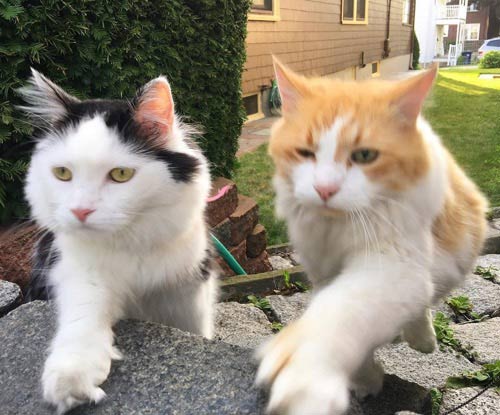 “Scottie really is the cutest ‘boy next door’ neighbor. All he ever really wanted was to join in and be pals….Well…and maybe a quick kiss.” 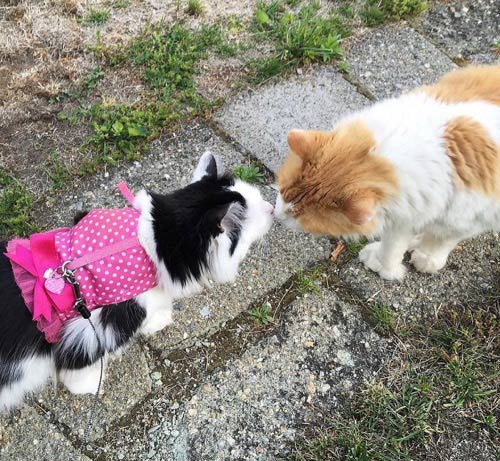 You can see more of Sophie and Scottie on Instagram

Click here to see a kitty that only really admires himself!