A father and son often go ‘primitive’ camping and one day when they arrived at their usual spot they had an uninvited guest. 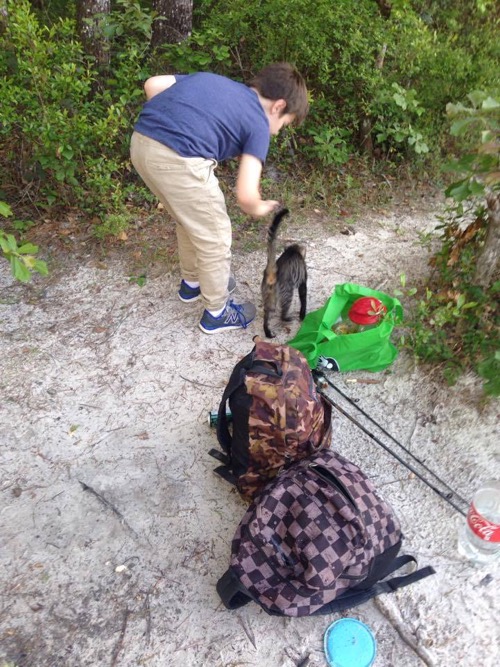 “So my son and I like to go camping. We do it quite often and have a hidden spot we love to go to. This time when we arrived there was a cat there. It was quite skinny and obviously abandoned. I get to work setting up the tent while my son becomes friends with this cat I will most likely be taking home.” 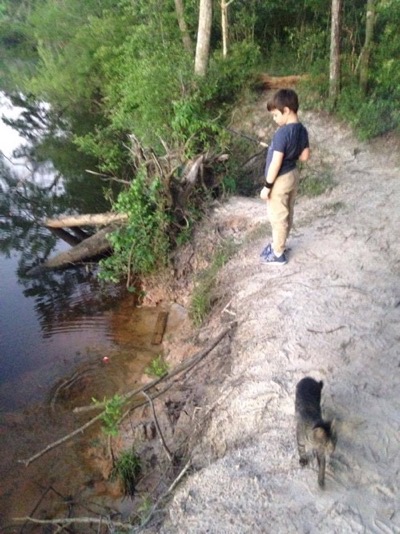 The son got to work straight away and tried to catch some blue gill so he could feed the cat as they had only bought a few supplies with them. 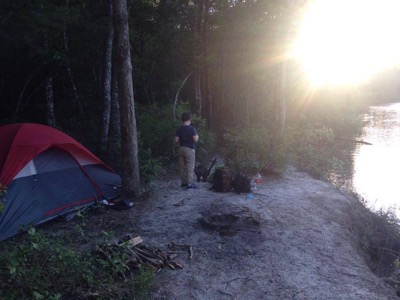 The father, Michael, says: “He gets a couple bites but no luck so he starts feeding the cat the stale bread we have for the minnow trap. Meanwhile by now the cat has become mildly irritating to me and I am struggling to not trip over it while I gather wood.” 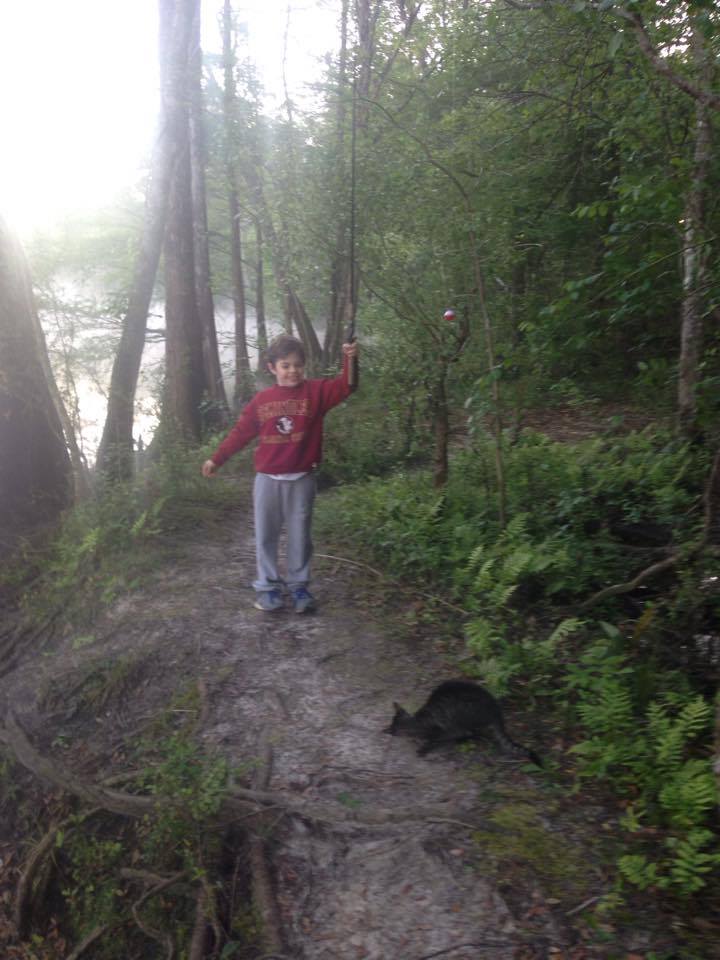 They had decided to eat the supper they had cooked over the open fire in the tent because the cat was trying to get at their food. “While we are in the tent the cat is climbing on top of it, it reminded me of the scene in Blair Witch except instead of kids laughing it was a cat meowing. We finish up and decide to give the cat our leftovers ( like we had a choice). I finally get to sit down and do some fishing myself. The cat eats it’s meal and disappears into the night. We get nothing that night and settle down to go to bed. A couple hours later I wake up to some noise and go outside to check. Now instead of 2 eyes staring at me I see 8 glowing eyes reflecting the light from my phone.” 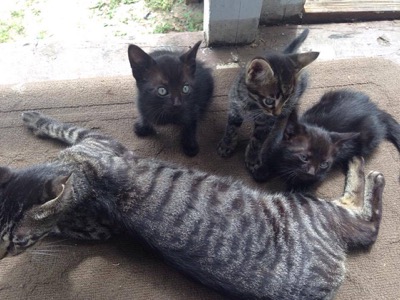 This friendly kitty had decided to bring her three kittens to meet Michael and his son. 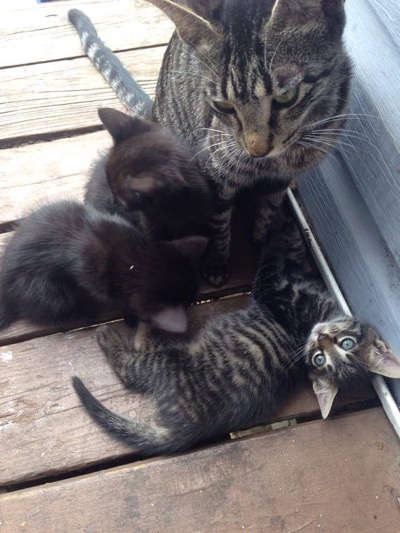 “The next morning we caught over 13 blue gill and a couple catfish. Let’s just say by the end of the day the momma cat was stuffed.” 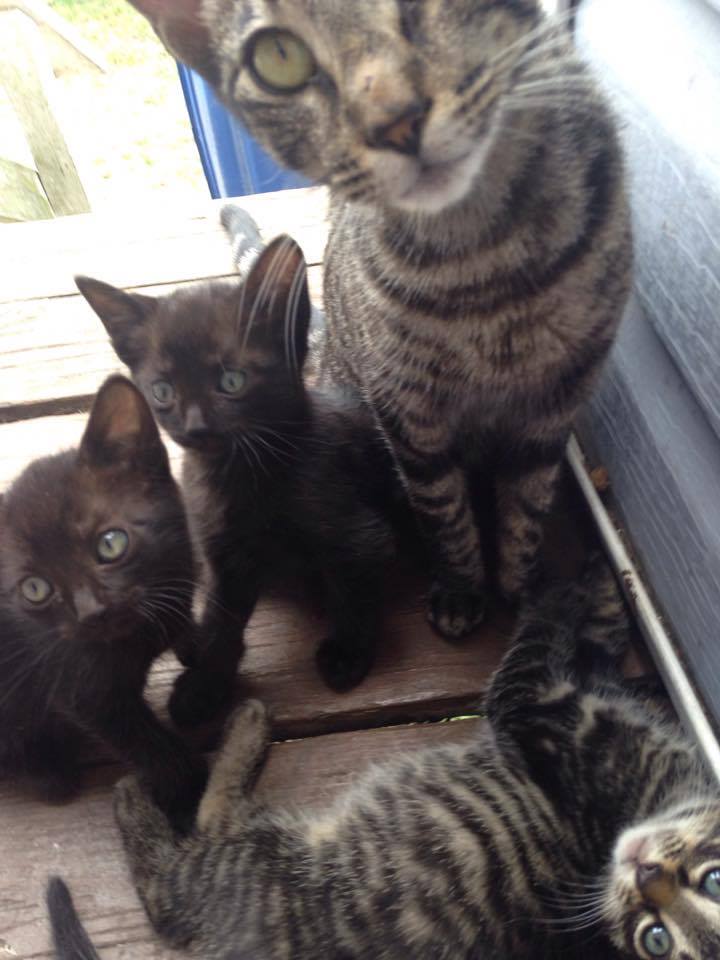 “There is no way this cat was not domesticated the way she craves human attention.”
Well that was that, the only course of action was to take the family home with them and that’s exactly what they did. 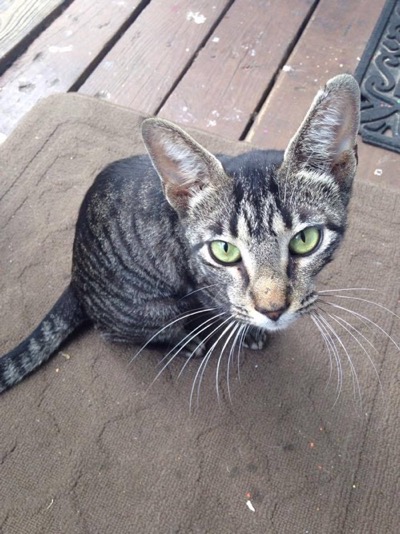 Michael says: “It’s been a week now and they love it here. My family has decided we are keeping all of them.” He was sure that somebody had realised their cat was pregnant and drove out in the wilds and left her there to fend for herself. This mother cat was so lucky that Michael and his son had decided to go camping that weekend. 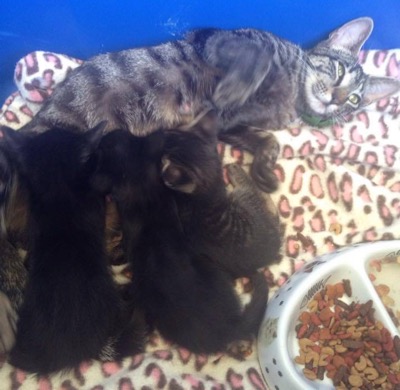 What a happy ending for this delightful feline family.
(The pics of this kitty family were taken on Michael’s back porch.)