Chanel, a tiny, three-week old kitten with beady eyes and an adorable face, was on the table in the middle of the living room — until she wasn’t. 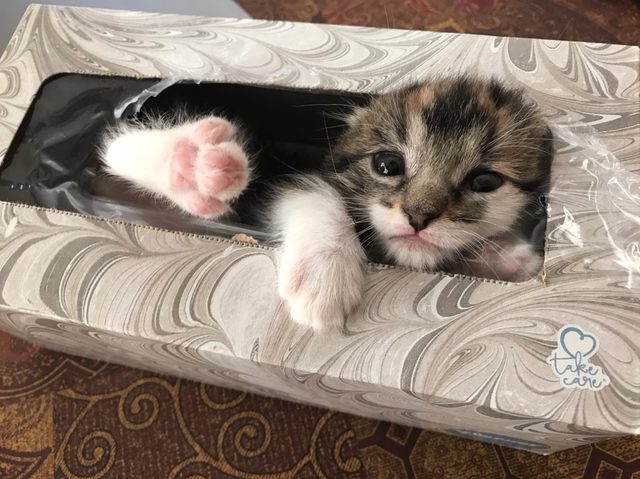 The cat’s abrupt, Houdini-like vanishing act came as a total surprise to her human foster mom, Britany, who wrote on Twitter that:

“I literally went to heat up her bottle and next thing I know she’s gone.“

What followed was an hour of frantic searching, both high and low. Pillow cushions were turned over, and couches flipped. Tears were shed, panicked texts sent. 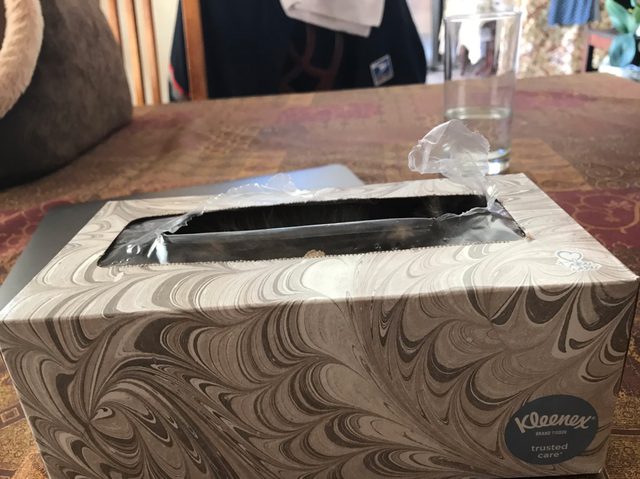 And still Chanel was nowhere to be found. It’s a terrible feeling, but one most pet owners can identify with if their furry BFF is a would-be escape artist.

Enter Britany’s grandfather. Needing a tissue, the man reached for a Kleenex — resting in a box on the table — and was shocked by what he found: Chanel, contentedly dozing away! 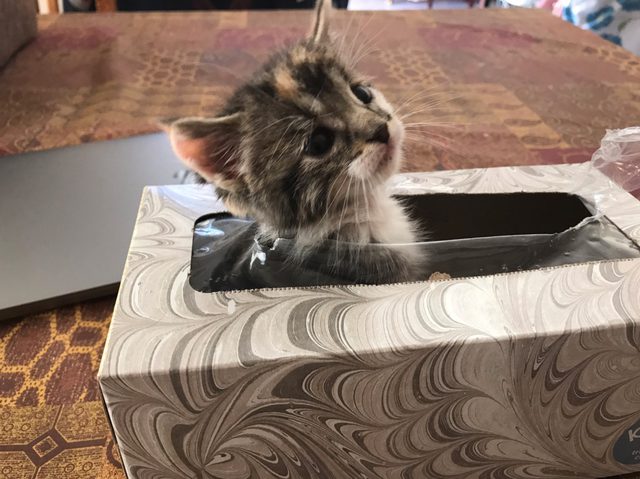 The anxiety-inducing episode with a happy ending was recapped earlier in the week by Britany on Twitter, where it went massively viral (660,000+ retweets can’t be wrong, can they?) before spilling over to the social web:

We just spent a hour looking for her. pic.twitter.com/x00nQNP4nS

Many people on twitter believed the pictures were ‘set up’ so Britney later posted a video showing Chanel once again heading for the comfy box:

To the idiots who are saying I just threw her in there for the pic. Literally a hour ago she did it again u ain't slick Chanel #caught pic.twitter.com/3DhfeDwb1B

Click here to see just how much cats love boxes!