‘I am Not a Cat!’ Courtroom Zoom Kitten Filter Mishap Goes Viral

Texas lawyer Rod Ponton became an Internet sensation when he inadvertently left a kitten filter on during a video conference call with a judge.

The district court in Texas decided to post the video of the mishap on social media and it cheered everyone up in these difficult times. 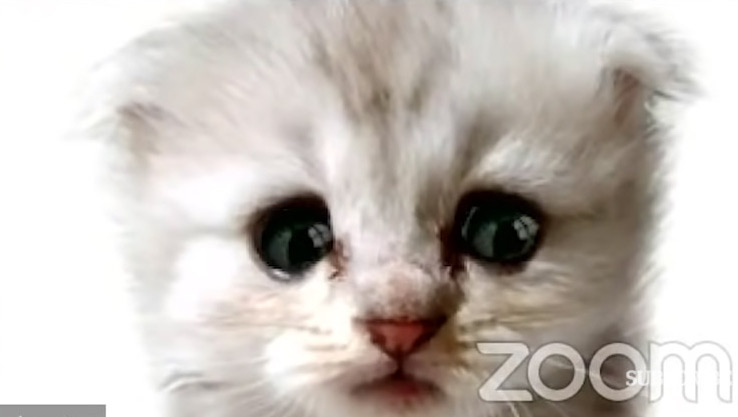 As the video conference hearing kicked off, Ponton, who is a county attorney in Presidio County, Texas, was unable to turn off the cat filter on his Zoom call.

Judge Roy Ferguson, on seeing the kitten’s cute but worried face, told Ponton: “I believe you have a filter turned on in the video settings.” 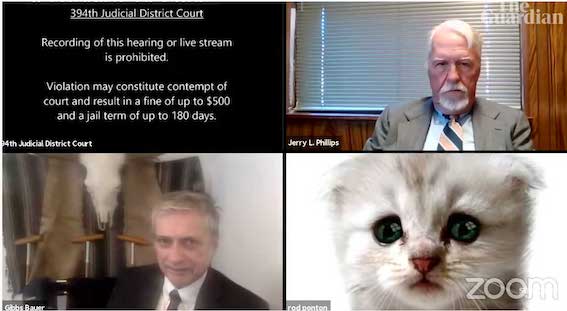 Ponton replied: “It is, and I don’t know how to remove it,” as his kitten filter eyes darted around the screen. “I’ve got my assistant here, she’s trying to, but I’m prepared to go forward with it.”

He then added: “I’m here live. I’m not a cat.” To which the judge replied with a deadpan expression: “I can see that.” 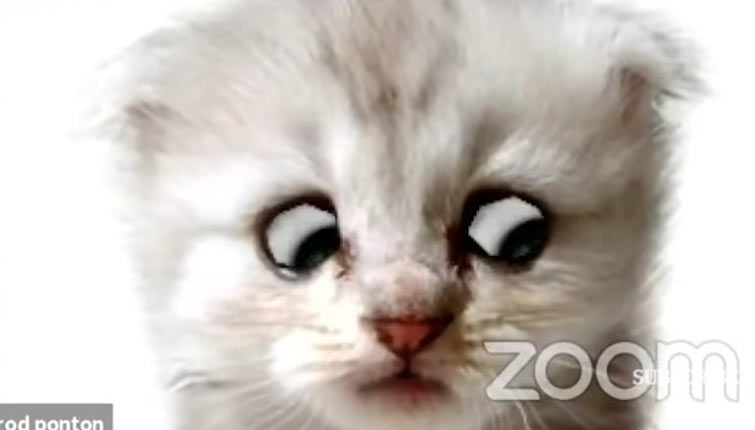 Judge Ferguson thought the whole episode would act as a teachable moment so he posted the video on Twitter. He tweeted: “If a child used your computer, before you join a virtual hearing check the ‘Zoom video options’ to be sure filters are off.”

He added: “These fun moments are a byproduct of the legal profession’s dedication to ensuring that the justice system continues to function in these tough times. Everyone involved handled it with dignity, and the filtered lawyer showed incredible grace. True professionalism all around!” 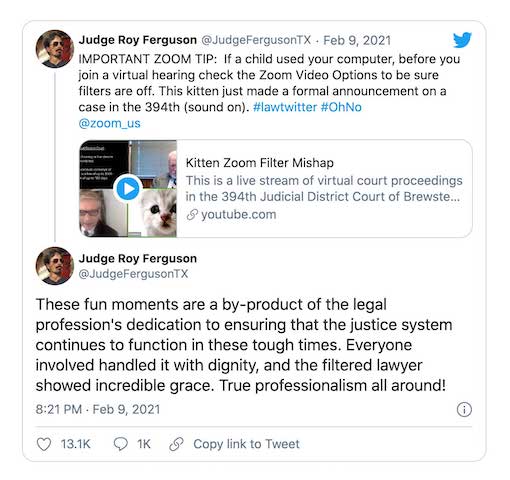 Ponton later explained that the computer actually belonged to his secretary and she was completely mortified by the mishap.

In a phone interview with the New York Times Ponton said: “If I can make the country chuckle for a moment in these difficult times they’re going through, I’m happy to let them do that at my expense.”

On a day of huge significance for the US as the impeachment trial of Donald Trump began, it appeared to come as a welcome respite. It wasn’t long before people were re-tweeting and responding… 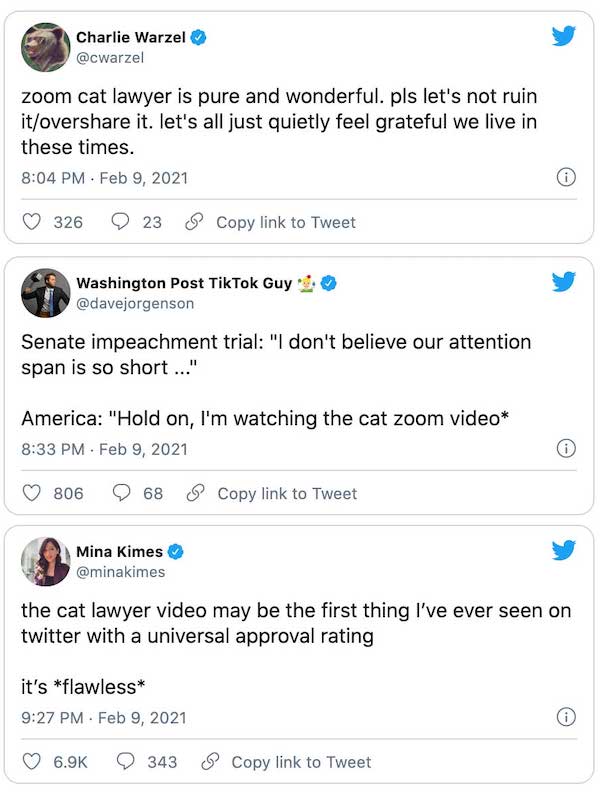 Once again cats have managed to be the most entertaining thing on the Internet and it serves as a lighthearted reminder to always check your computer settings!