Most cats love nothing better than lying indoors by the fire, five-month-old kitten Higgs is no ordinary feline.

Higgs lives in Glasgow, Scotland with his owners Christian Witte, 30, and Kimia Mohammadi, 25.  He loves them so much and cannot bear to be parted from them so when they decided to go on a walking holiday in the Highlands little Higgs went with them.

And if the weather’s bad, he simply hops into Christian’s cat backpack!

Scroll down for Higgs’ full story and video. 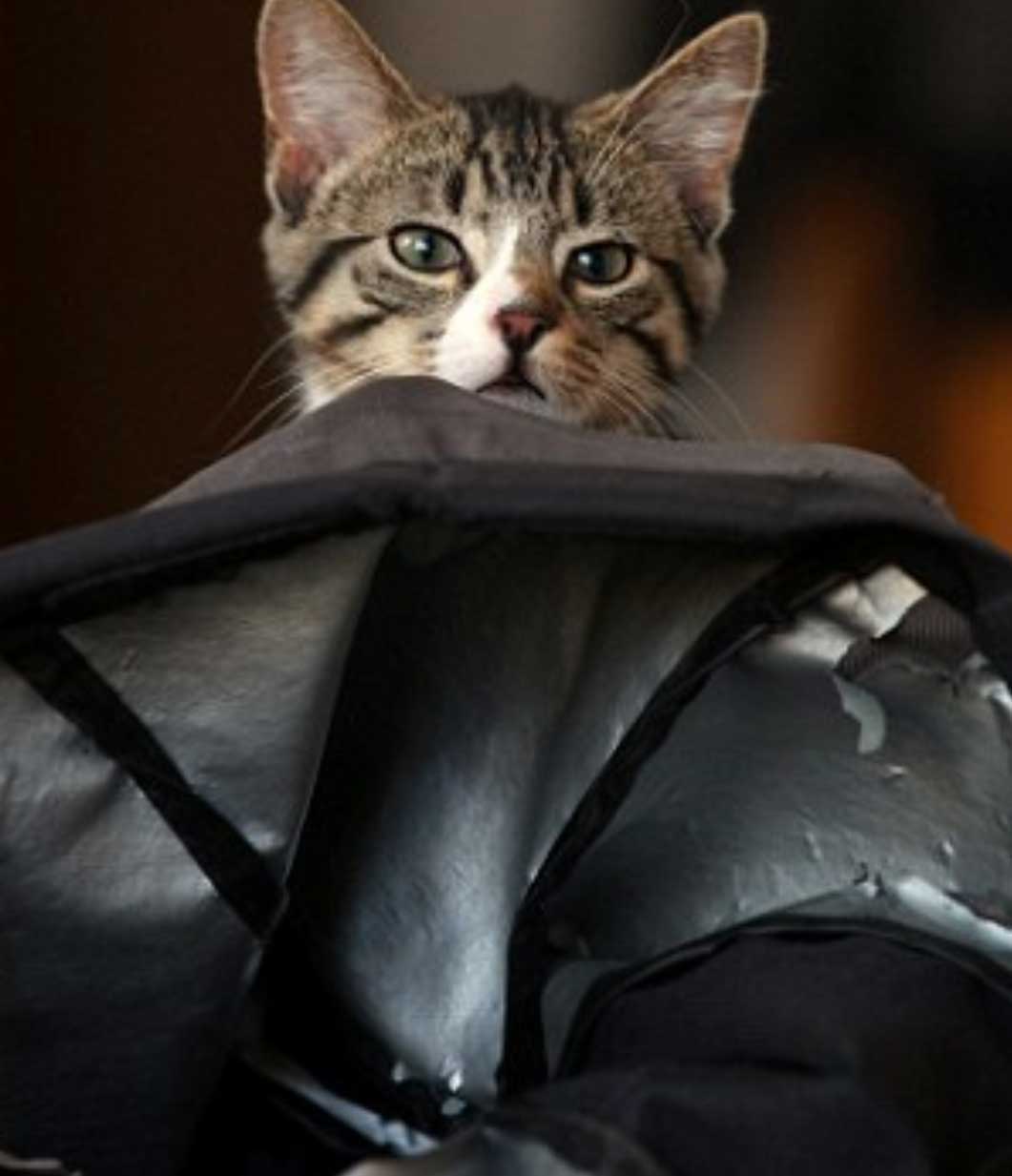 It all started when they went for a picnic one day on a windswept beach, and the 2 phD students decided to put Higgs in a cat carrier backpack as they were worried that he would get sand blown into his eyes.

Later on that day when the winds were strong again, little Higgs must of remembered this as he climbed up on Christian and found his way into the backpack. 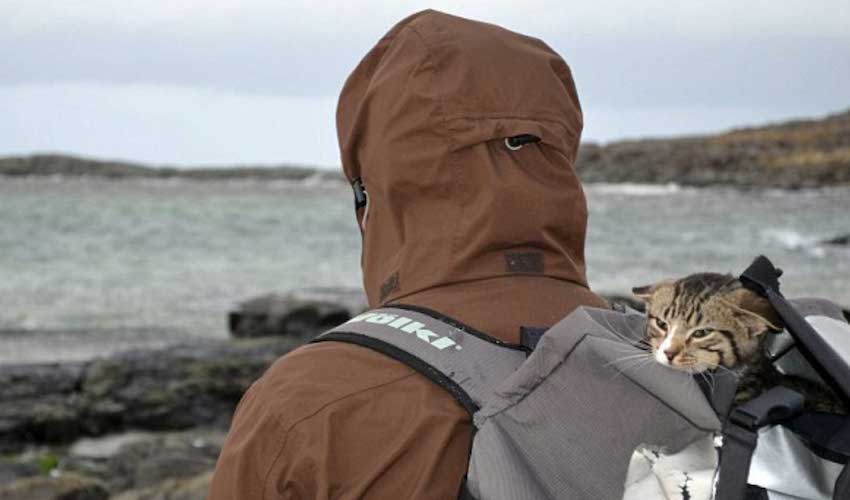 Kimia explained: “Christian organised the trip to the Highlands as a birthday surprise from me and, knowing how much I like Higgs, he decided to bring him along, too, although it was pretty random.”

“It was his first time being out in nature – he had never been outside our tiny flat in Glasgow’s Merchant City before – and we didn’t know how he would react.” 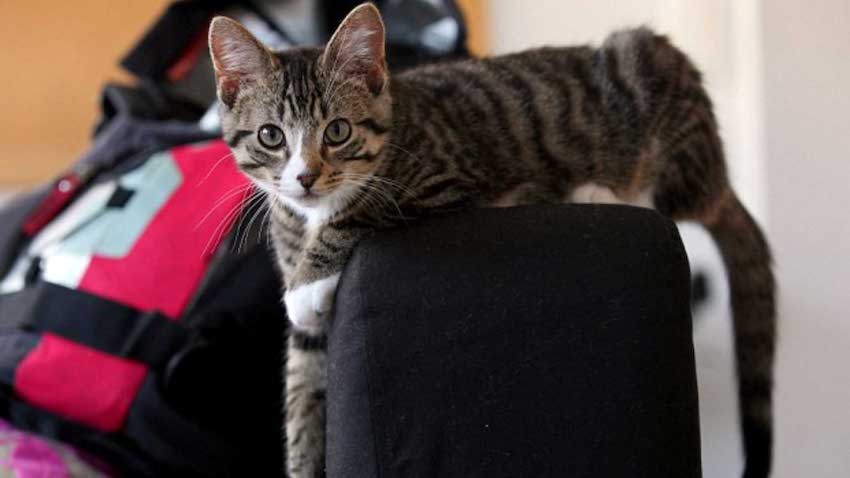 Since that day Higgs, who was named after the Nobel prize-winning British physicist, Peter Higgs, often sits in Christian’s backpack as he loves to go out with them and likes looking around at what’s going on.

Kimia says: “I’m a very geeky scientist and so is Christian, and Peter Higgs got his Nobel Prize around the same time that we got him. I call him my fluffy particle!”

Kamia said that Higgs character was more suited to a dog than a cat. 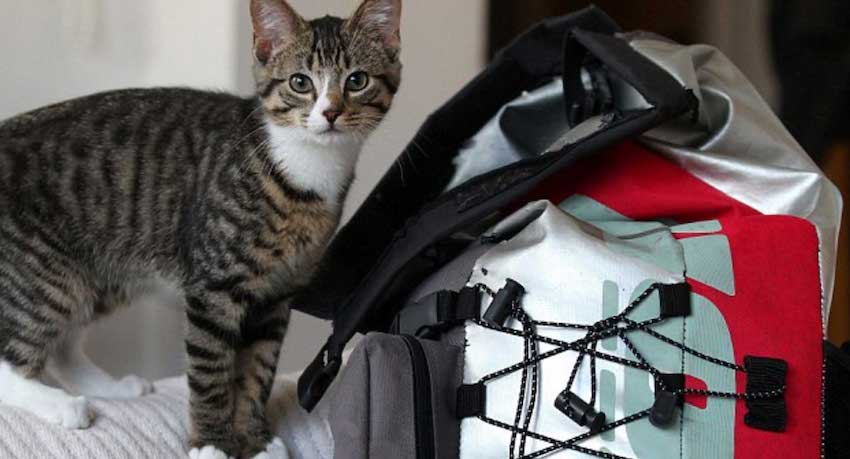 She said: “He likes crawling around and he fetches things as well – he is like a dog in cat’s skin. He is quite a strange cat, but I really like him.”

“It would be great to have a dog-free park where Higgs could just run around.” But for now, Higgs is happy to spend time in the backpack and continue having adventures with his humans.

If you fancy getting a backpack made especially for your kitty click here to see the best on the market!