Meet Clive, a Norwegian Forest cat that had been missing for 14 months. 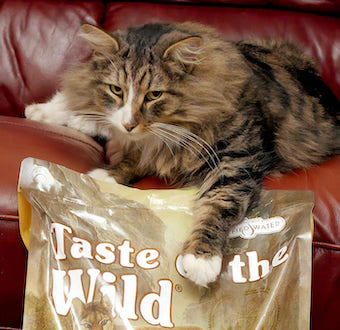 When Clive disappeared from his home he left his owners, Tanya and Jonathan Irons, completely devastated. Along with their daughter they’d started a Facebook appeal and put up posters around the neighborhood with the hope that someone had spotted Clive, but sadly, they got no response. 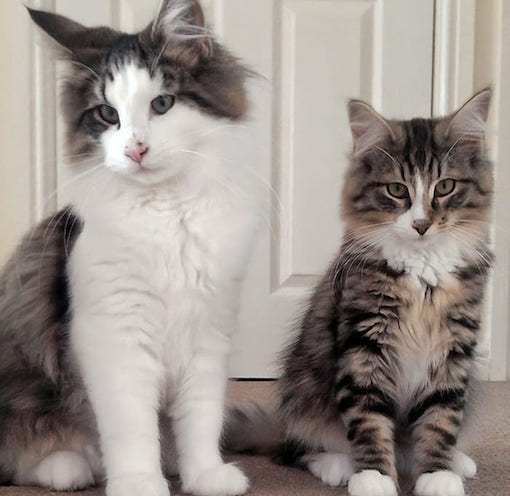 Amazingly, after 14 months he turned up. He was found in good condition, but was much, much fatter. Apparently he’d been living the life of a gourmet in a pet food factory two miles away, not a bad place for a lost kitty!

Workers at the factory had noticed that their cat food was going missing, so they set out to trap the cat-burglar, and after 14 months of living and feasting in kitty heaven, Clive was eventually caught.

After taking him to a vet to see if he had been microchipped, they discovered he was registered to the Irons family, who lived just two miles away. 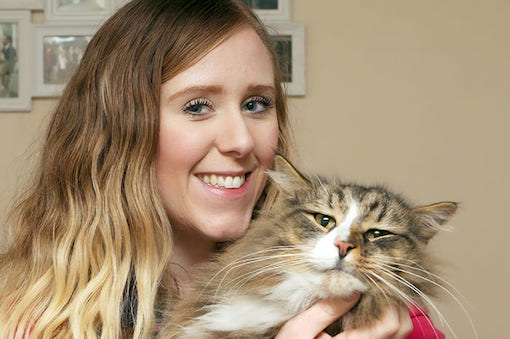 “Clive was nine months old when we lost him – and he was a lot smaller then,” explained Tanya. “When we got him back, we were shocked to see how big and fluffy he was.

He’s been living the life of Riley in that pet food factory. We heard Clive was a bit smelly when they caught him, but he seems fine now. He recognizes us, he’s just fatter now.” 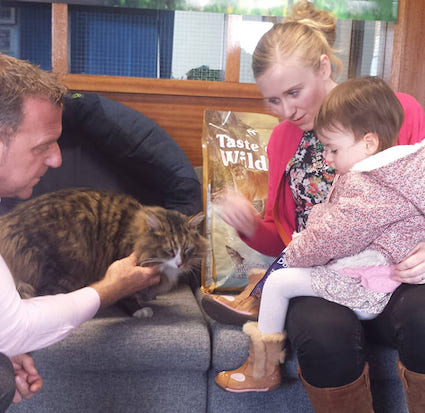 “I think he’s been enjoying himself feasting for the past year. He’s wasn’t a big eater before, but he always had to eat very quickly before his brothers stole it. He was probably glad he didn’t have to compete with them to eat for once.”

“He has a huge appetite now though. I’ve had to leave him with a big bucket of food; he just won’t stop eating. We’re not going to put him on a diet though, he’s just a bit rounder, but he’s a perfect cat picture.”

The family are so happy to be reunited with their kitty, even if he is twice his original size. I think it’s time for Clive to go on a diet – don’t you?

Click here for the story of a cat that was reunited with his family after being missing for 15 years!