Rescue Kitten Gets an Unusual Friend to Grow Up With

A Japanese family rescued a tiny 3-day-old kitten who was found without his mom and siblings. They took him home and gave him an unusual friend to grow up with. 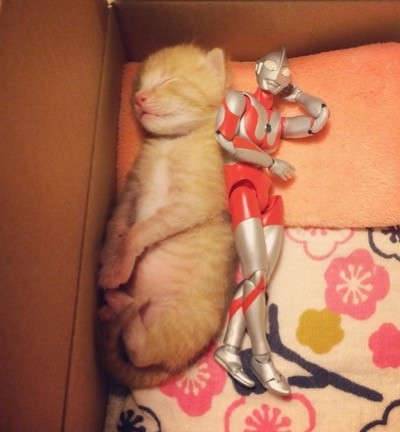 When he was found he was so young his eyes hadn’t even opened. “At that time, he was alone, and he was about 3 days after birth,”  said Mai Narushima. They decided there and then that he should join the family. 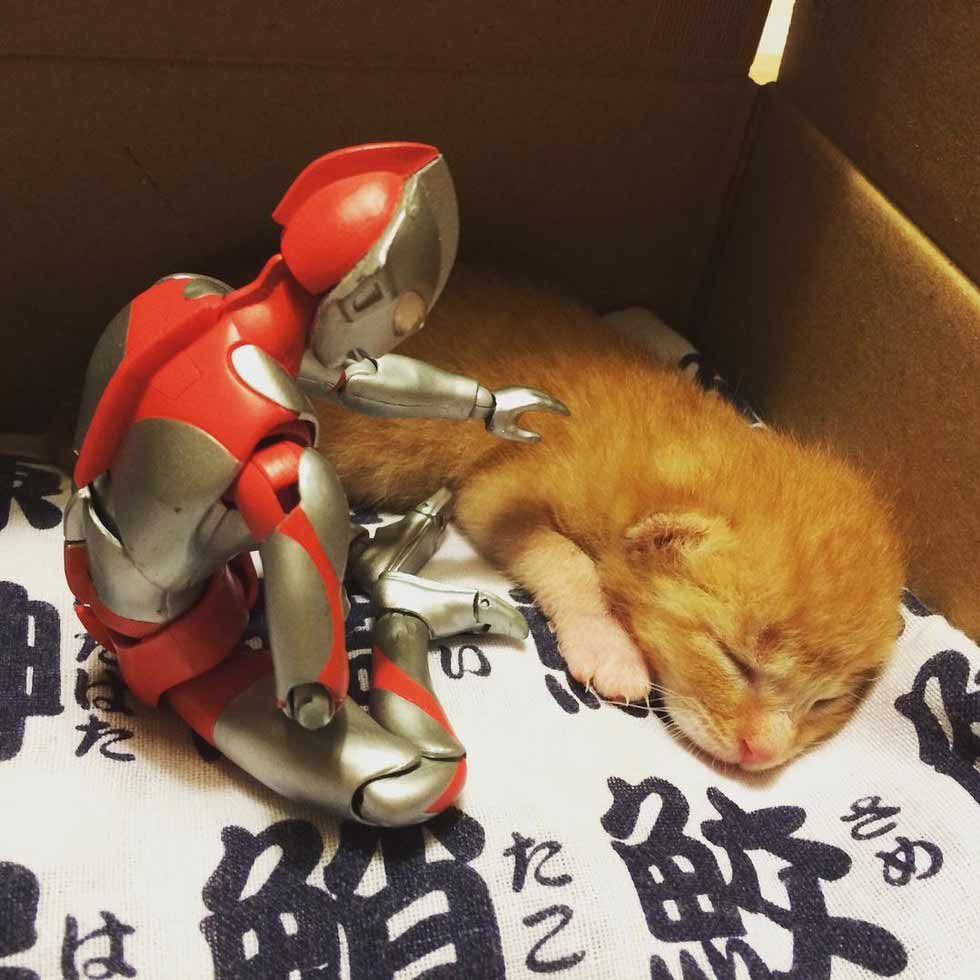 They wanted to document Koma’s growth and thought it would be fun to get him a friend to keep him company. When they saw an Ultraman figurine that was at the same length as him, they thought it would make the perfect companion. 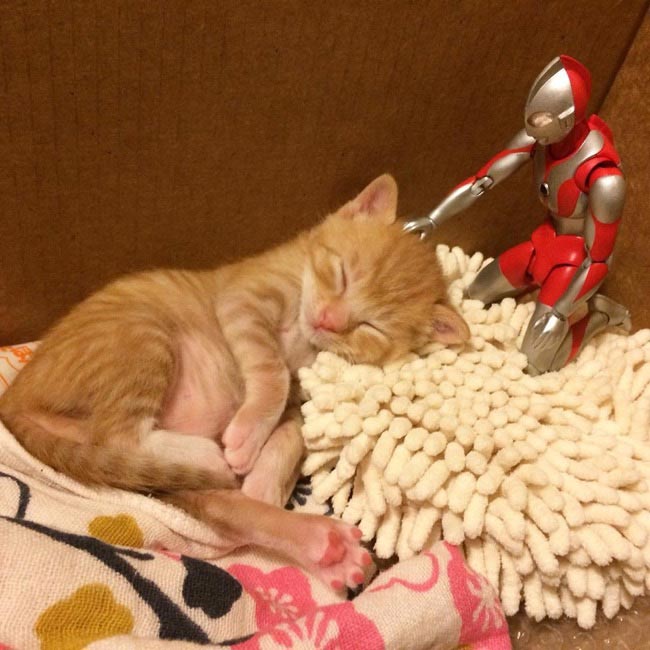 The family placed the Japanese super hero next to Koma, it looked as if Ultraman was watching over him. 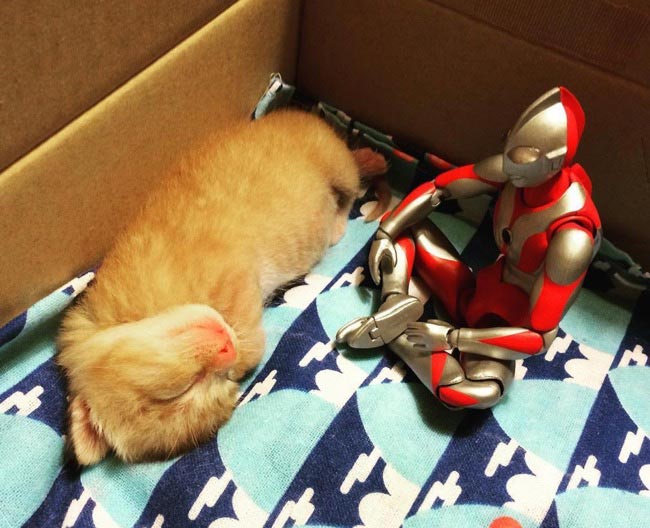 Once his eyes were open, Ultraman gave Koma guidance whilst learning to walk. 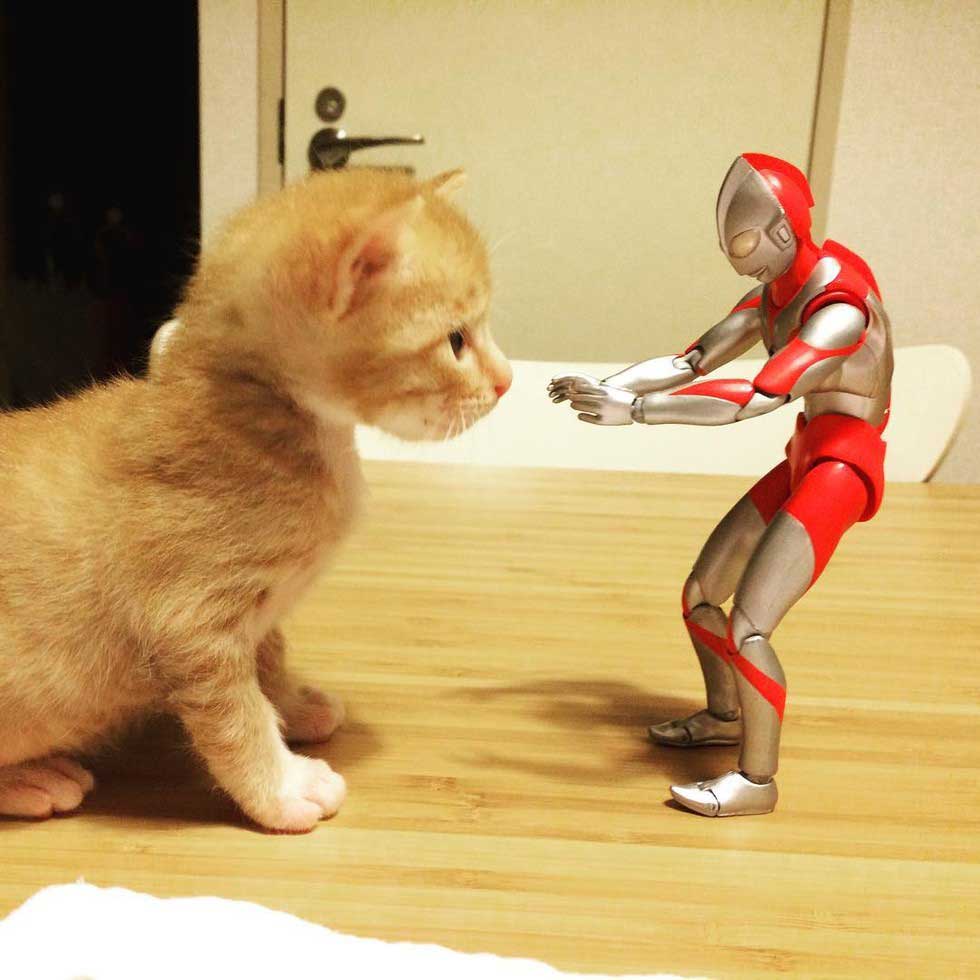 After plenty of play time, there’s nothing better than a cuddle and a nap. 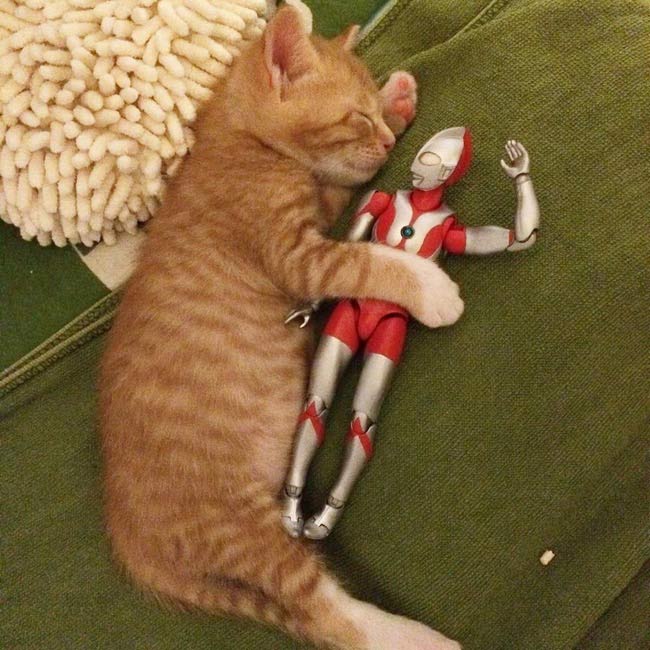 This unlikely pair totally adore each other… 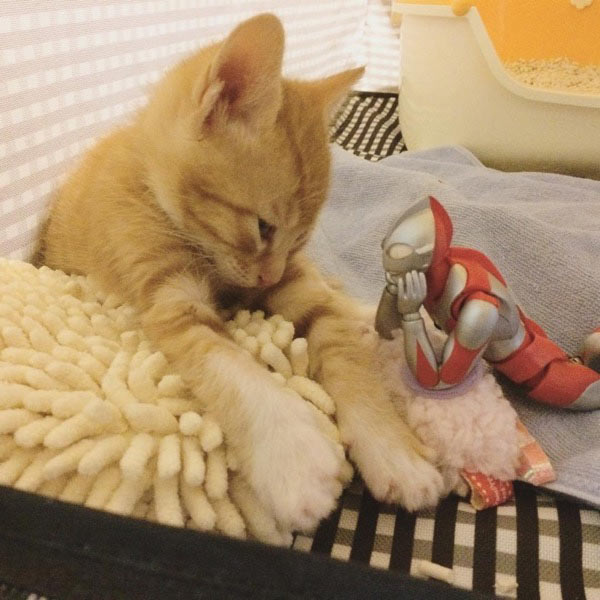 They spend most of their time together, especially in their secret hideout! 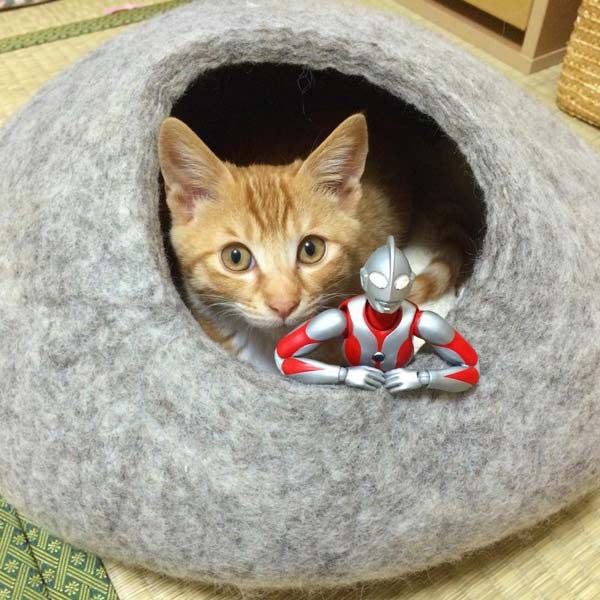 Before long, Koma was twice as tall as his friend. 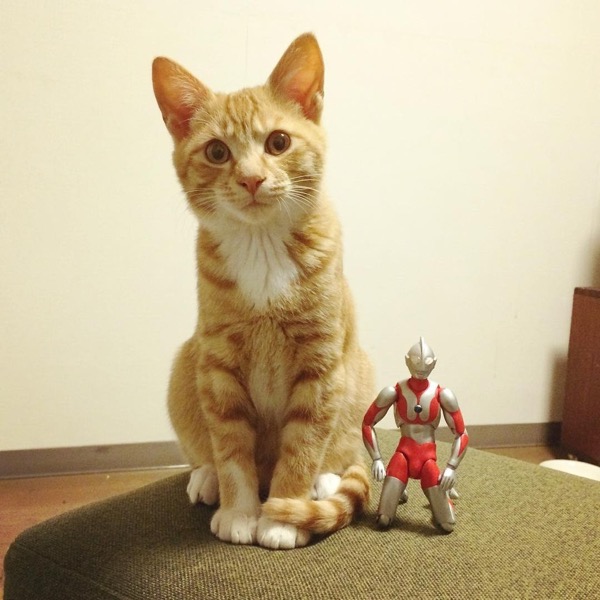 As you can see, Koma is a big kitty now! 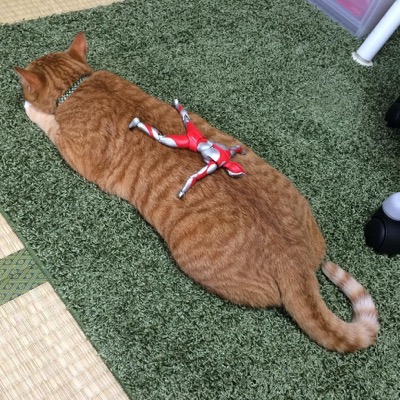 And he celebrated his first birthday… 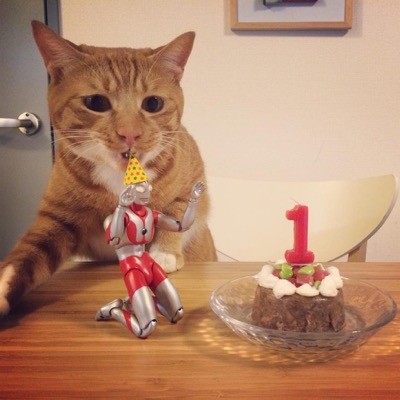 And even though he has grown up, they are still firm friends… 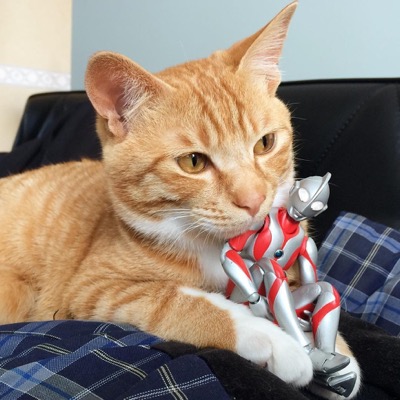