Stray Kitten Rescued from Bridge is a Cuddle-bug

A woman, Nada, was on her way home from work one day when she spotted a little stray kitten on a bridge. He was all alone, in distress and in need of rescue. The kitten was so thankful to be safe that he couldn’t stop cuddling. 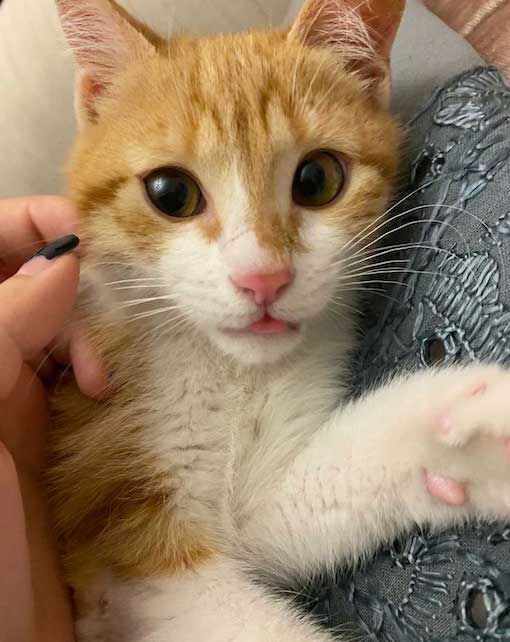 “I found him huddled against the cold sitting on the barricade of a bridge. Worried about stopping my car in the middle of the freeway, I asked my brother for help,” Nada explained. “As he approached it, the kitten kept backing away and was dangling over the bridge, hanging on the barricade with just his claws. My brother quickly managed to scoop him up before he fell.” 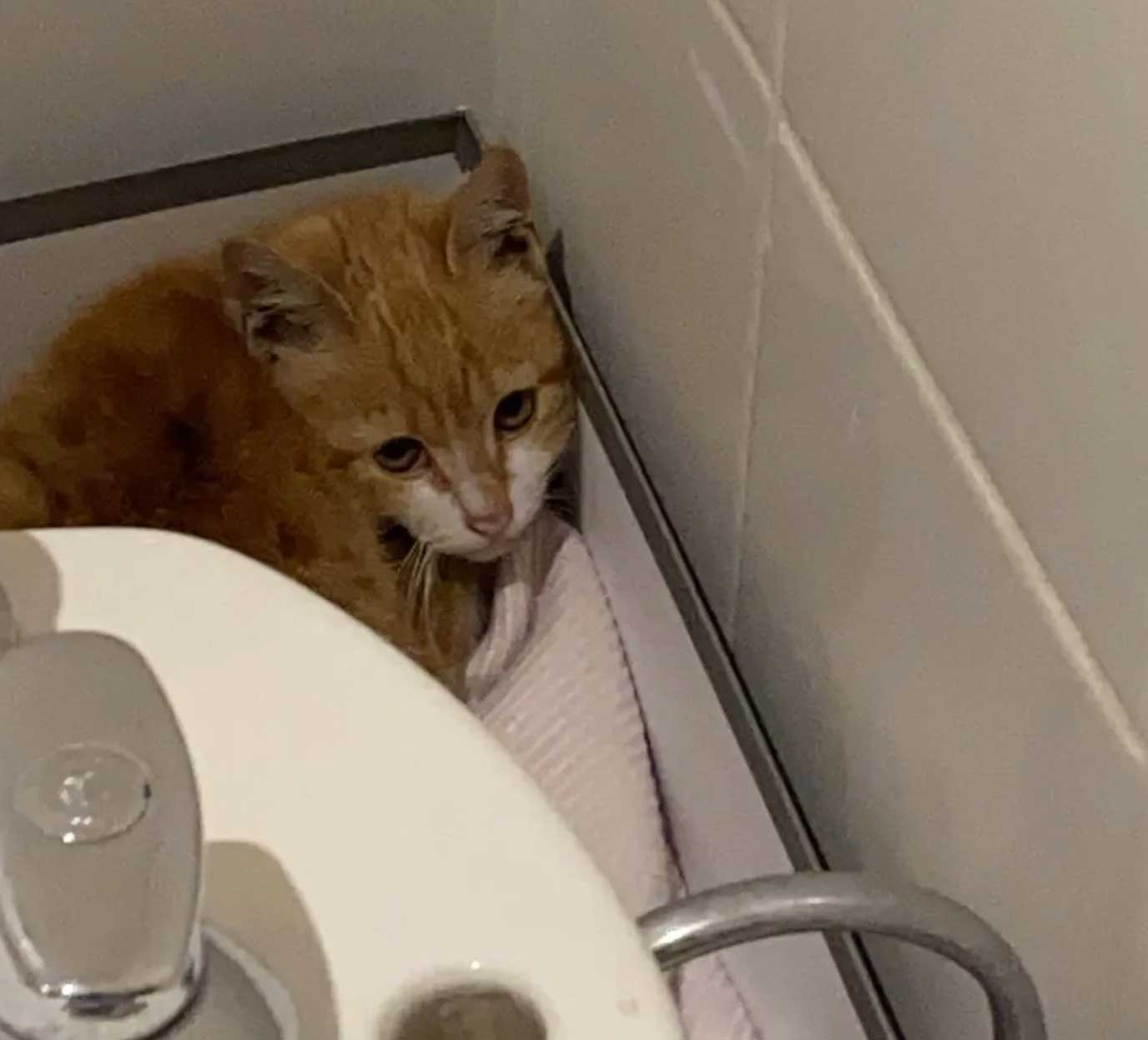 They took the kitten home and chose a quiet room to help him calm down. As they had another cat, there was already all the things they needed for the kitten in the house. He was very dirty and a bit shaken after the ordeal so the solitude was good for him.

After a couple of days he began to warm to his new family, and as soon as he realized he was safe, he began to purr motor and was eager to be loved. So he crawled onto Nada’s lap for some much-needed cuddles. 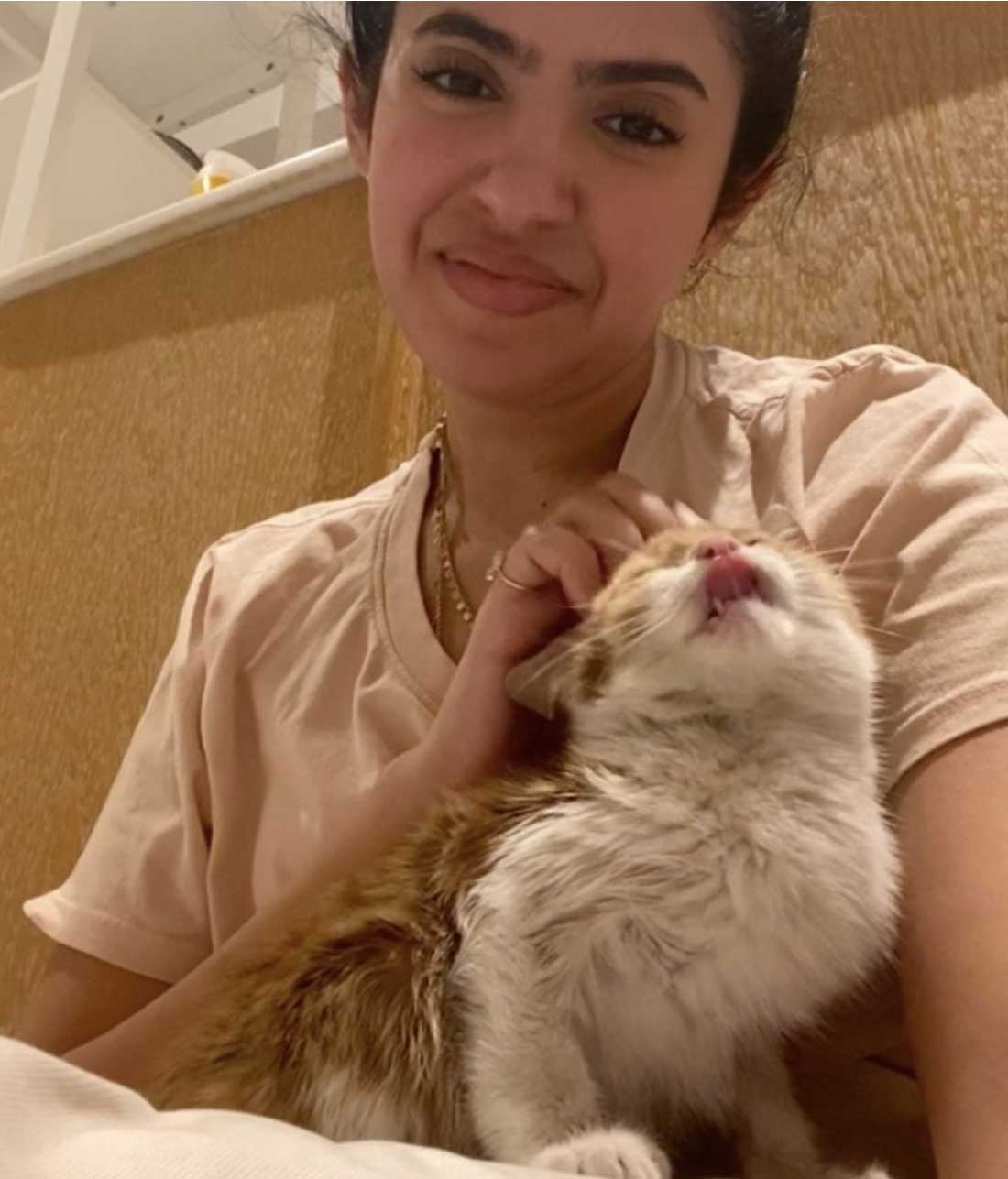 This little ginger tabby purred up a storm everytime he was petted and if Nada stopped for a second, he would immediately meow at her, demanding more love. “He was getting so comfortable with me that I gave him a bath. That night, I took him to the vet who called him ‘a remarkably polite cat’ which still makes me beam with pride,” said Nada.”Apart from a stitch he had on his elbow and a bruised back paw, he was unscathed.” 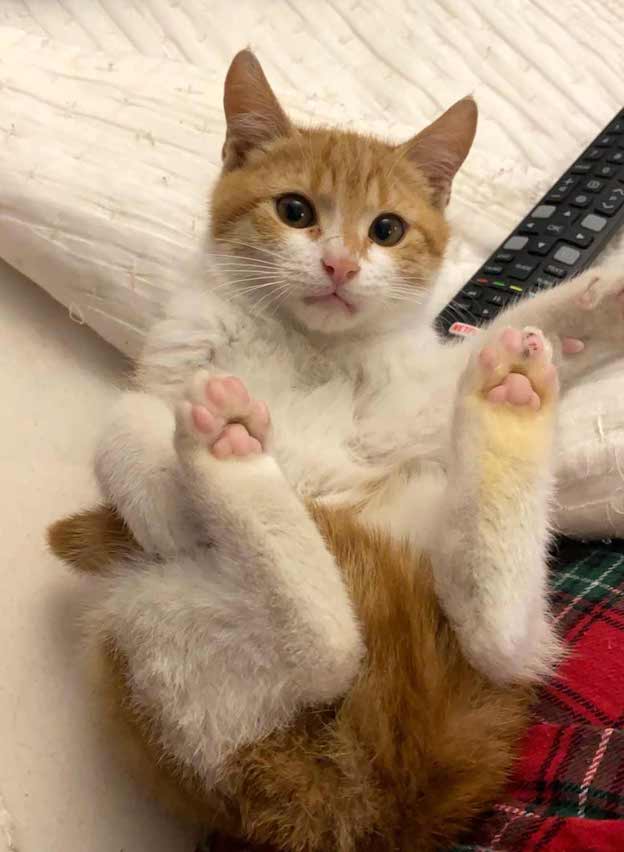 Since then he’s become quite the cuddle-bug and follows his human everywhere she goes, and his purr motor doesn’t seem to stop running.

The little former stray is so happy to have a roof over his head. He loves attention and never takes no for an answer. 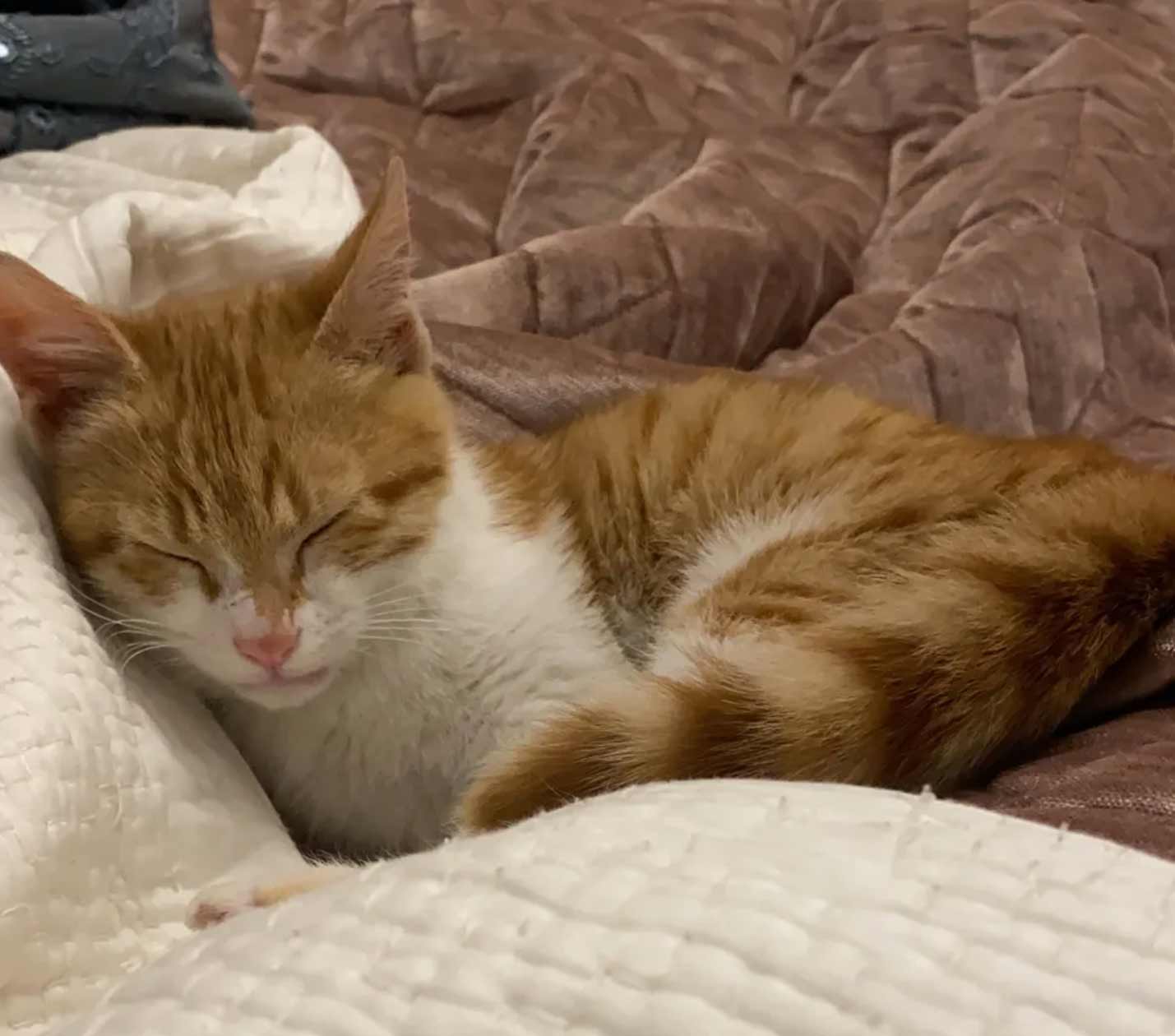 “We’ve had him for a month now, and he’s lovely, super playful and cuddly. Introducing him to our behemoth of a cat, Kimchi, has been a challenge but we’re patient.”

They haven’t decided on a name yet, they’re waiting for the perfect one to come along. “We like the idea of Mochi but he’s such an affectionate shoulder cat that I almost want to call him Captain.” 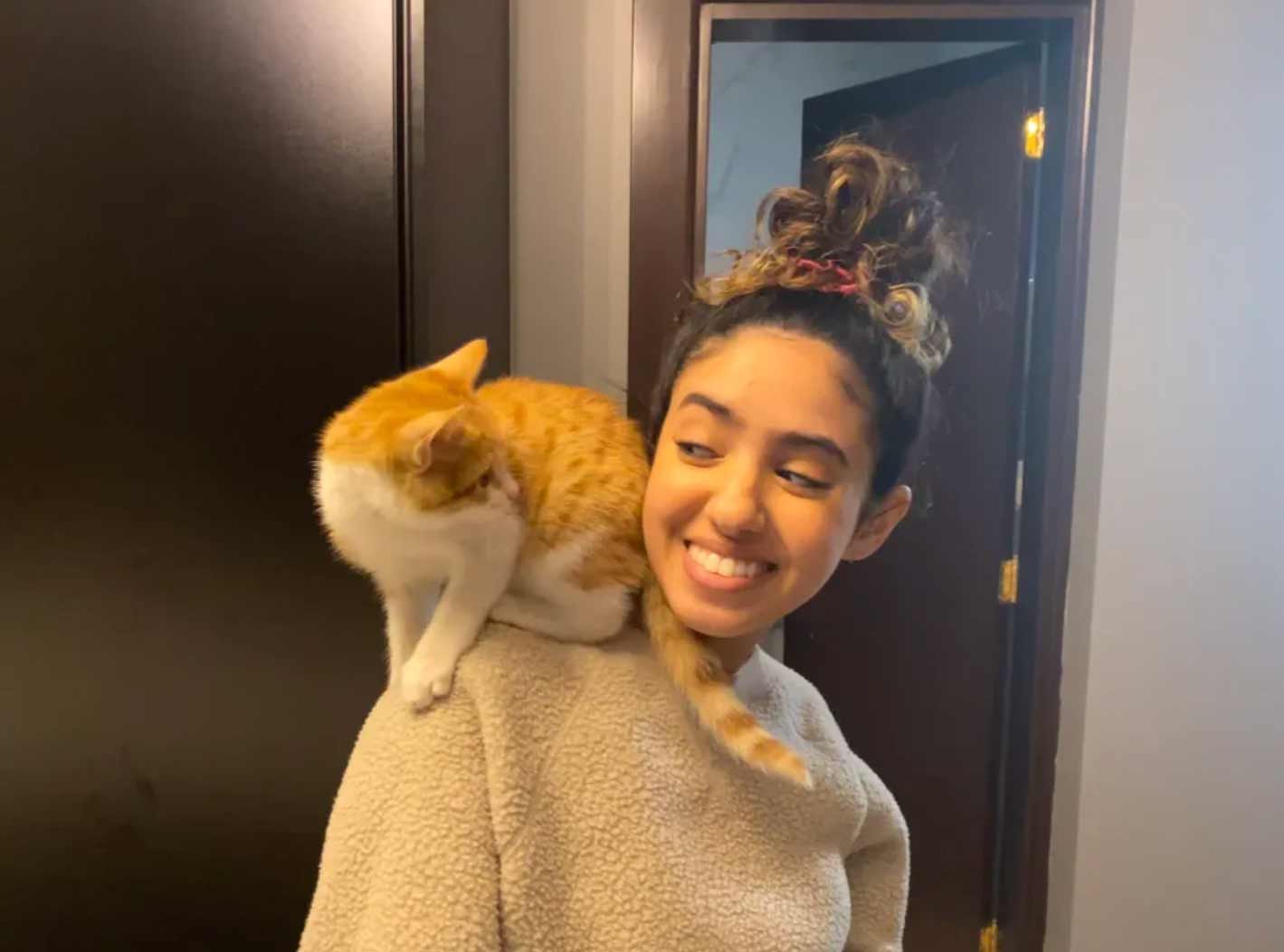 This sweet little kitty is now living the dream with endless purrs in his purr-fect home.

Click here to watch a 3-day-old kitten grow up so big and cute!