Cats of San Bernardino is a non-profit rescue organisation and one day they got a call from a woman about a cat that had been hanging around an apartment complex for over a year, she had noticed that he started to look sick and felt something needed to be done.

When they arrived at the complex and saw the cat, named Phoenix, they realised that he wasn’t feral but had probably been left behind by somebody that had moved away. He was friendly enough and didn’t mind being touched but he was in a terrible state and had lost quite a lot of his facial hair. 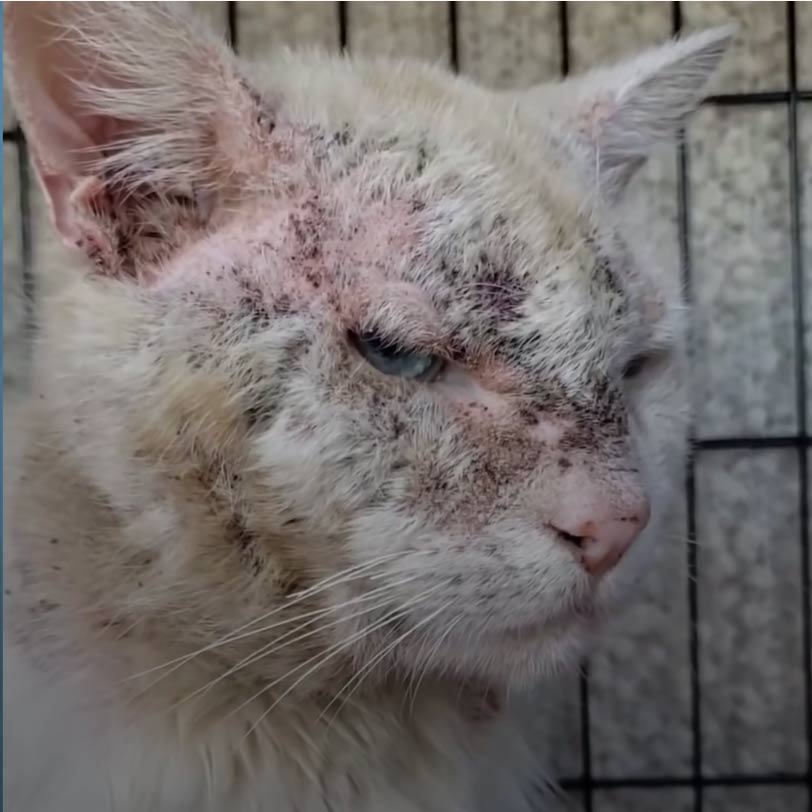 It was obvious to all that he had been outside for some considerable time and as well as his ailments appeared to be depressed, probably because his owners had abandoned him. With some care and attention he began to bounce back and once again was looking like the handsome boy he was. 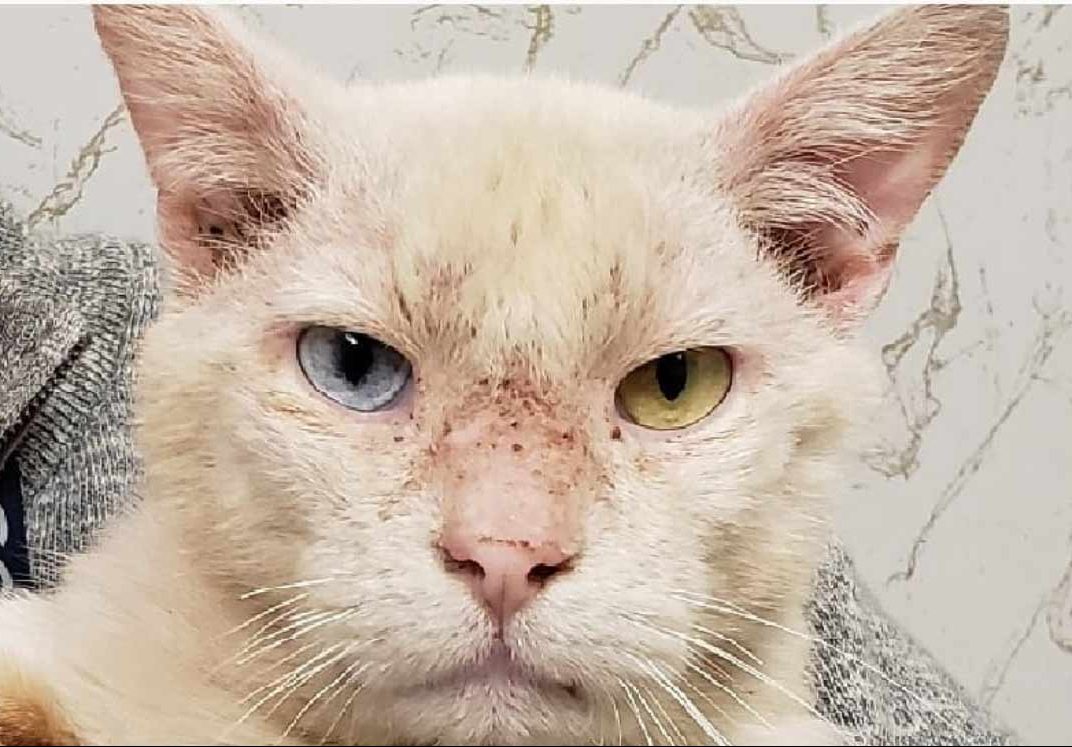 The only thing was, Phoenix was still showing signs of depression, he kept himself to himself and avoided all the other cats. That was until he met Ruby. She was found in someone’s back yard along with her siblings and it was touch and go as to whether she would make it because she wasn’t feeding. 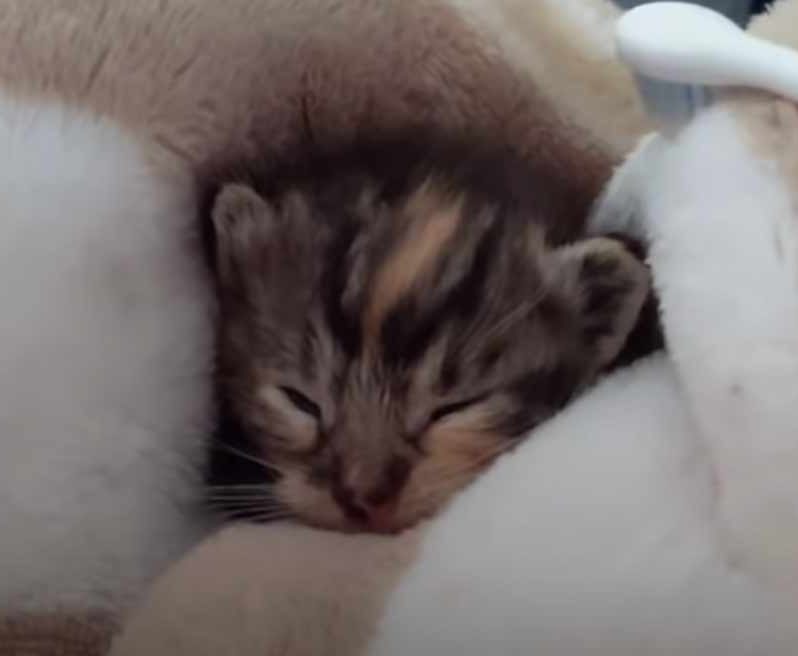 Then one day Ruby decided enough was enough and latched onto the bottle, from that moment on she went from strength to strength. And then she ran into Phoenix, this tiny kitten came bounding into his life and things were never the same again.

It was so pleasing to see Phoenix take notice of it Ruby, it was like a miracle. The difference in him warms the heart and it’s good to hear that the pair will be put up for adoption together. 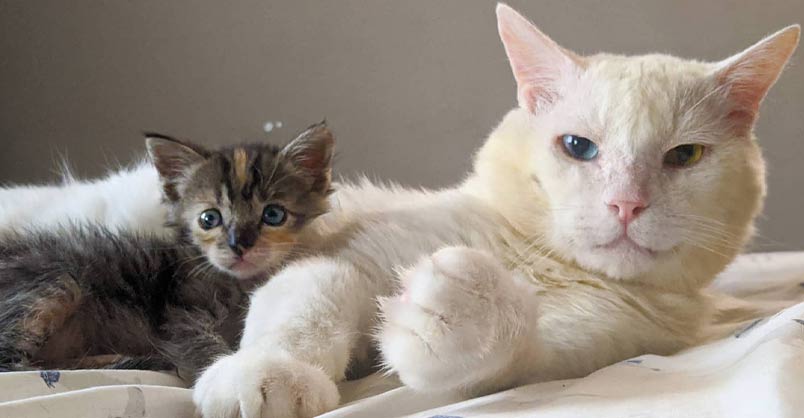 The people that run the Cats of San Bernardino do a fabulous job and they must be very happy that Phoenix finally came out of his shell and found a companion to spend the rest of his days with.
You can find out more about the great work they do or make a donation here

Click here to see a rejected kitten get adopted by a Golden Retriever!