A kitten thought to have climbed inside a car bumper was discovered after a 300-mile journey in the UK. 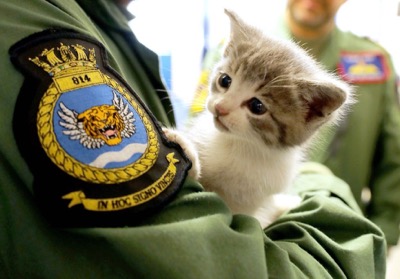 Royal Navy pilot Lt Nick Grimmer heard the kitten meowing a day after travelling from Birmingham to the Royal Naval Air Station in Culdrose. He dismantled the car with colleagues and found the kitten hiding inside the bumper of his BMW. 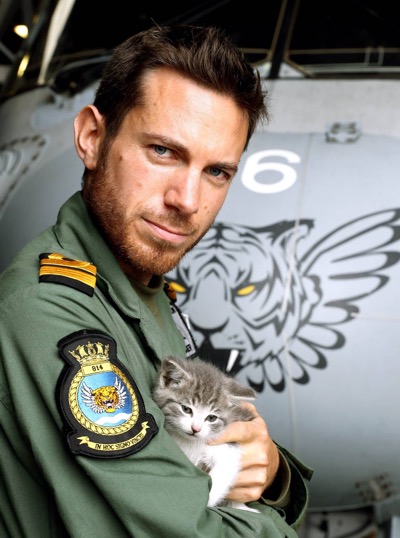 The kitten has been named Tigger by the pilot’s colleagues in the 814 Naval Air Squadron, known as the Flying Tigers. 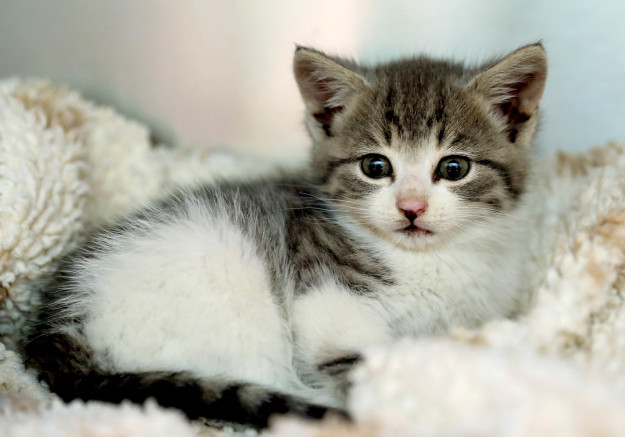 “I’d landed at Birmingham after a holiday and travelled via Bristol and Bath before arriving in Cornwall quite late,” said Nick, who flies submarine–hunting Merlin helicopters for a living. 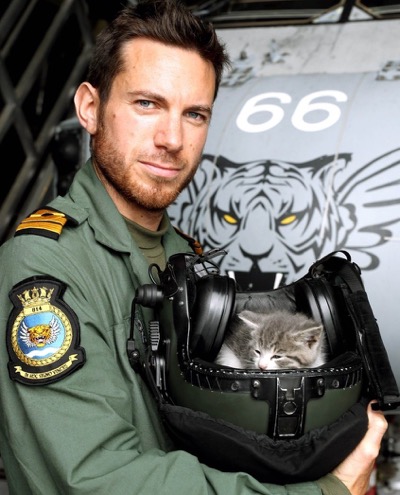 “I looked in the boot, under the bonnet and climbed all over and under it and still couldn’t find what was making the noise. I called up some of our air engineers who came and helped me to start dismantling my pride and joy. On taking off the rear bumper we were greeted by a tiny tiger-striped kitten. He must have had a long journey but remarkably is unharmed.” He added. “I am never late for work and was left with no option but to take my new friend in with me.”

“The place he has felt most comfortable is in my flying helmet, which is the only place he is able to sleep.” 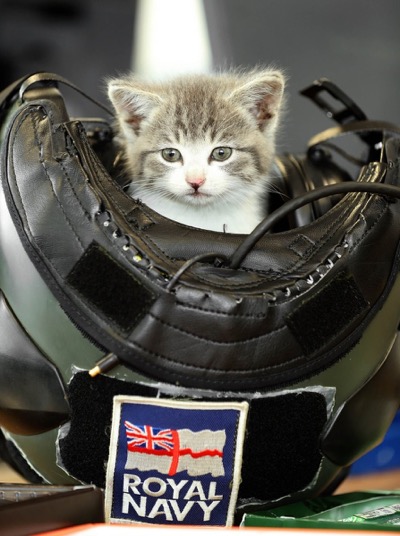 Commander Brendan Spoors, Commanding Officer of the Flying Tigers said, “We are more than happy to adopt ‘Tigger’ as a mascot, after all it’s a tradition for Royal Naval units to have a ships cat!” 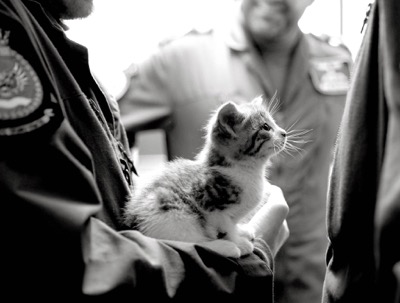 “Tigger must have an owner somewhere between here and Birmingham and we are keen to locate them. I instructed my team to launch ‘Operation Tiger Kitten’.” 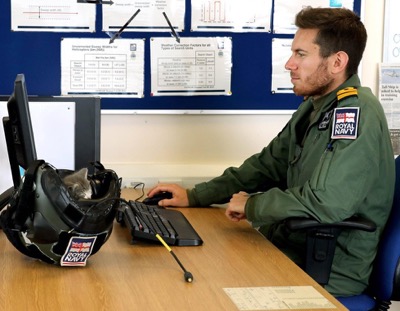 With the help of social media they are hoping to be ‘mission complete’ by the end of the week. 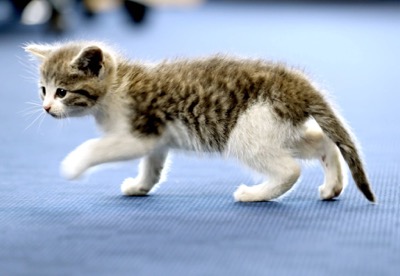 Click here to see “Former Marine Reunited With Cat After 4 Years And 2,000 Miles!”