No one knows exactly where this lovable orange cat came from but as you will discover there is no doubt at all that he has found a place where he belongs. 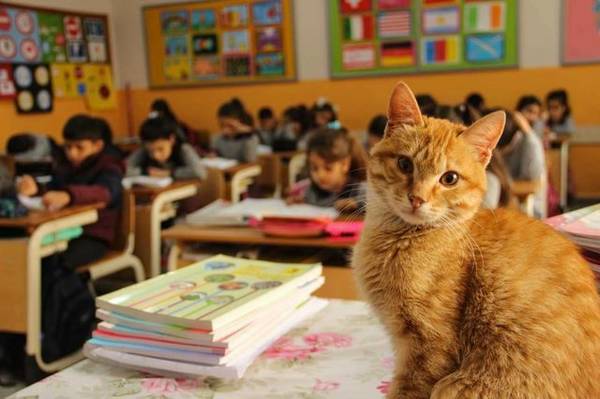 While most stray cats are stressed by the presence of people, especially when kids are running around, this ginger kitty named Tombi was very friendly and not afraid of anything. He was even asking the kids for hugs and cuddles.

But that wasn’t enough for him. One day he decided it was necessary to go even further than the gardens of the school. 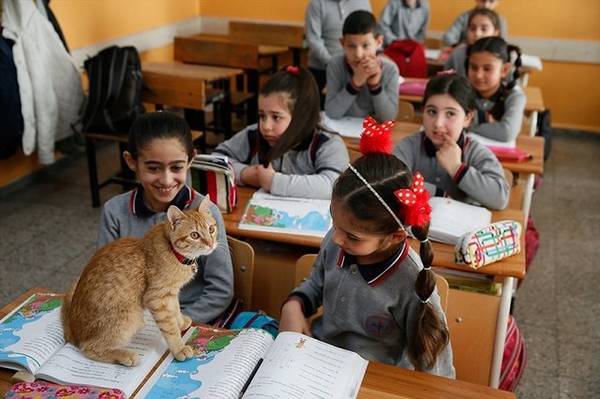 So after a few weeks, Tombi decided to go to class too, and he chose to be with the 8 and 9 year olds. “He arrived in our classroom,” says Özlem Pınar Ivaşcu, a teacher. “The kids like him a lot. ”

And little by little, Tombi became a full member of the class. 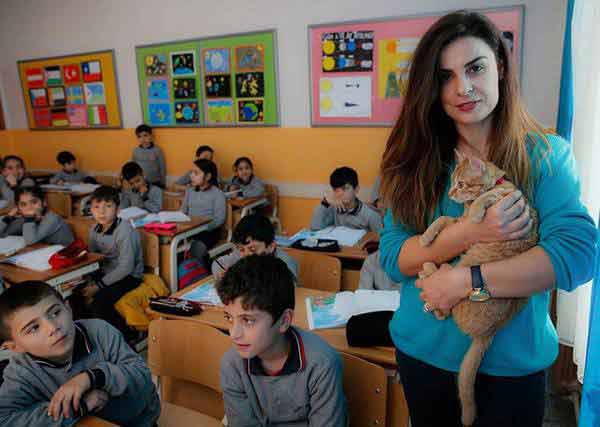 Having a cat in the classroom might appear to be a real distraction for students, but according to Özlem, the opposite is happening.

Indeed, the children are very excited and happy to come to class to see their new feline friend. 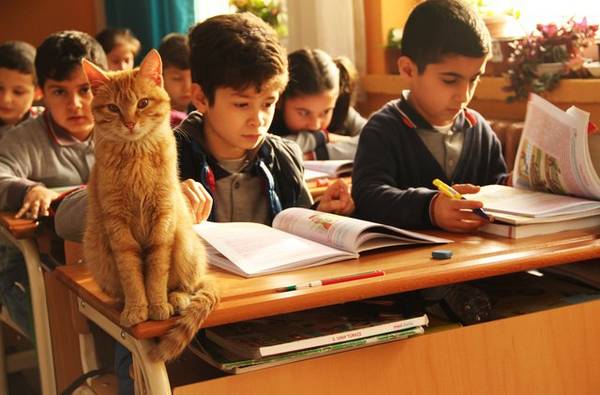 Previously, between two classes, students used to run around the classroom. But now with the presence of Tombi, they are much more focused and even look forward to the morning bell announcing that it’s time to start lessons.

All of the pupils arrive on time so they can take care of the cat which they have grown to love, making this a positive thing for pupils and teacher alike. 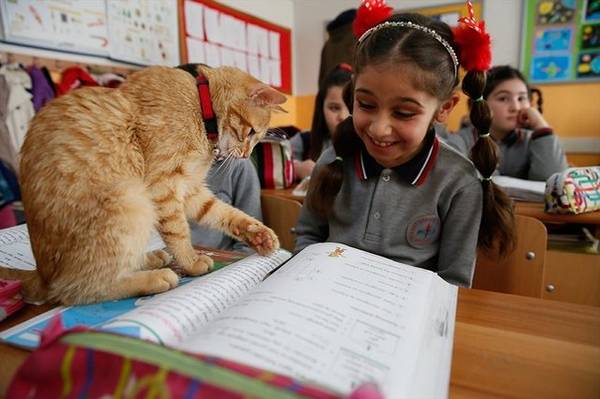 And it is also very positive for Tombi who has a safe place to sleep and spend time. He also gets fed, as well as having dozens of new friends. Of course, Özlem took him to the vet to have him sterilized and to make sure he’s in good health.

Things in Özlem’s class had never been better — but then a problem threatened to bring it to an end. 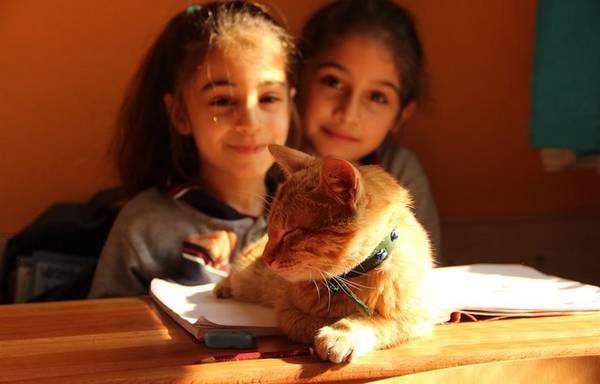 One of the parents learned that a cat was in class and complained that it was a health risk. The Administrators therefore asked Özlem to get rid of the cat. The children were devastated and Tombi, meanwhile, felt very unhappy.

“We found a house for Tombi and he stayed there for three days, but he was not happy. He stopped eating, “says Özlem. “So I took him home, but here too he was not happy. ” Even Tombi’s classmates sent letters and drawings to cheer up the little cat. 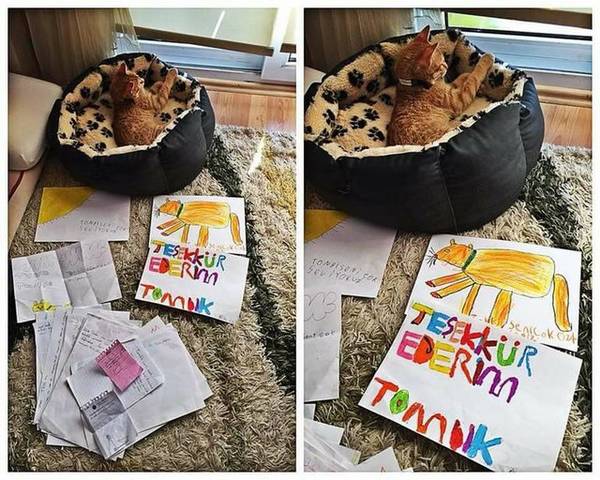 Özlem therefore decided to talk about the situation on social media. And the story spread like wildfire. It caught the attention of the television channels and Özlem received a lot of support. 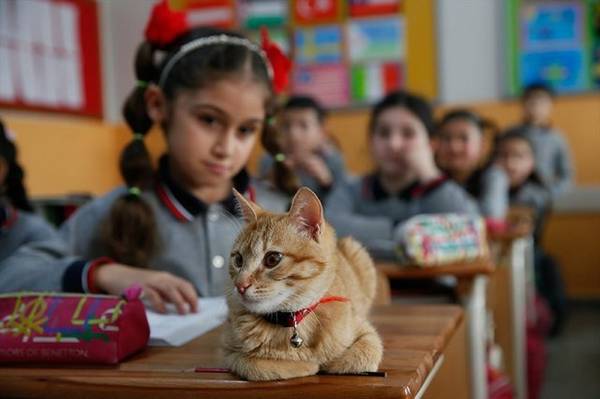 “I have received a lot of support from many people, including my director and the director of education in Izmir,” says Özlem. Even the parent that compalined was moved, so she asked if the cat come back in the classroom! 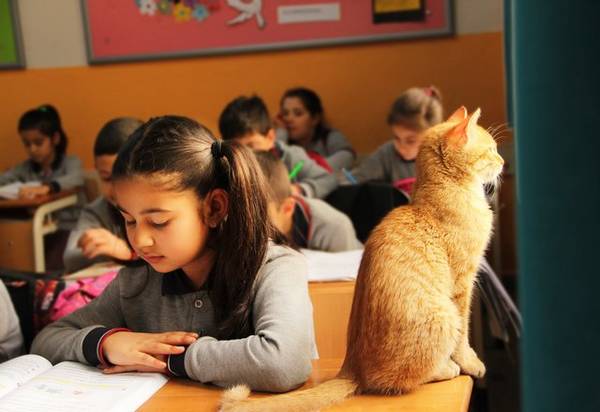 And sure enough, school officials gave the OK for Tombi to return to class. “The children were very happy to have Tombi back,” Özlem said. “And he is happy again to be with the kids.” 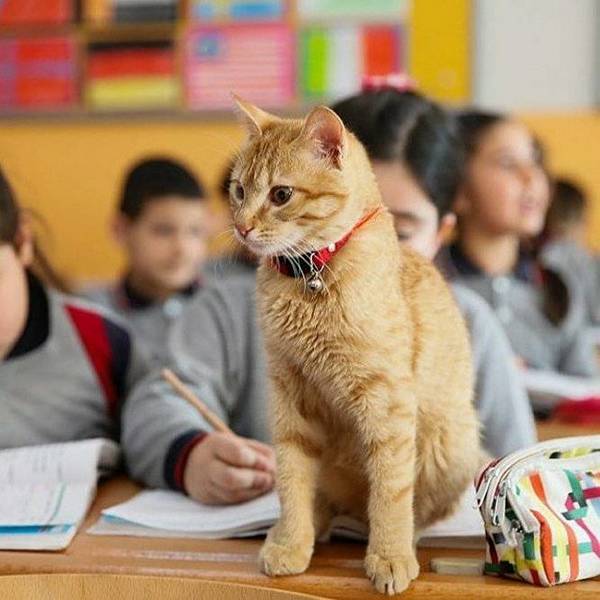 Tombi means the world to the 33 students in Özlem’s class — and other kids in Turkey might soon know what it’s like to have a feline classmate. A campaign has been launched across the country so that all classes in Turkey can have a cat! 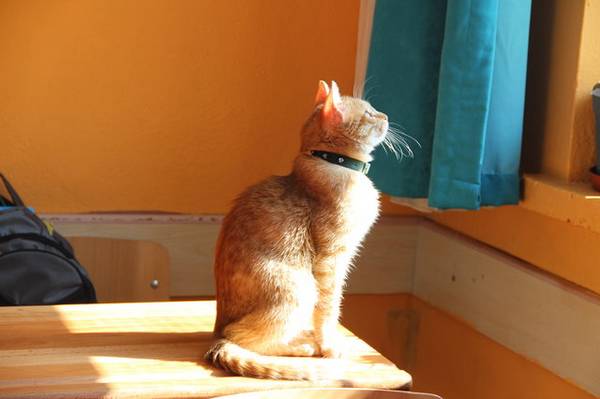 Click here to meet a stray cat that wandered into a nursing home and got a job!