Felix the black and white cat, who has spent almost five years patrolling a West Yorkshire railway station, has been given a promotion for her dedication to her job. 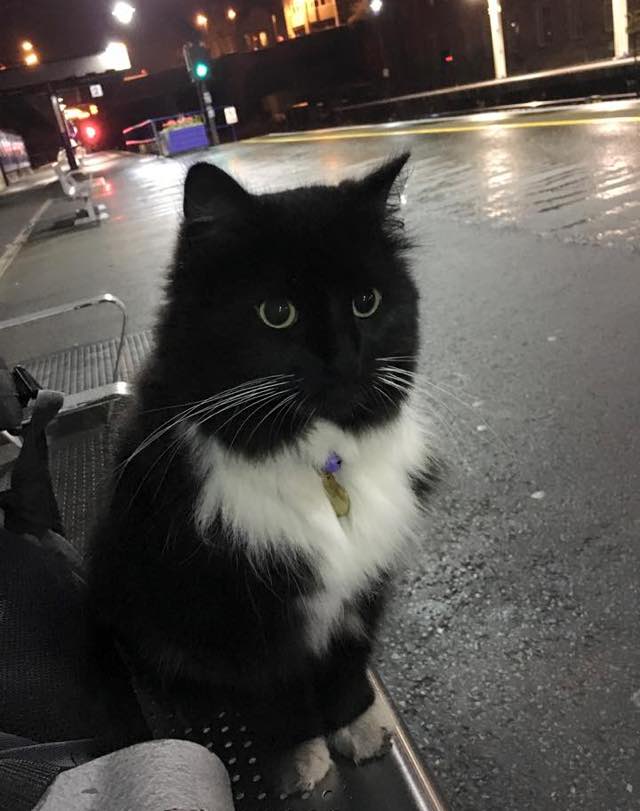 She has been working at Huddersfield Railway Station in the UK since 2011, catching mice, making friends with commuters on a daily basis and getting paid in cat treats.

Felix was brought to the station aged just nine weeks, where she became a firm favourite with commuters and station staff alike.

Five years on, with lots of dedication and hard work, she has become more than a simple mouse catcher. Felix has been promoted to Senior Pest Controller and now sports her very own visibility jacket and name tag. 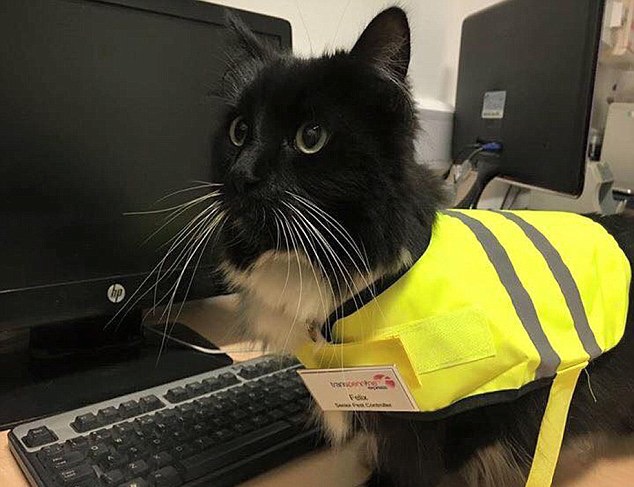 “She was a few weeks old when she came to the station. Donated by a colleague,” Huddersfield Railway Station told Love Meow.

“Her daily duties include begging for food from passengers and colleagues, patrolling the platforms, occasionally making an appearance in the concourse and chasing off the odd rodent. She has been known to wander down to Dominos pizza when bored.” 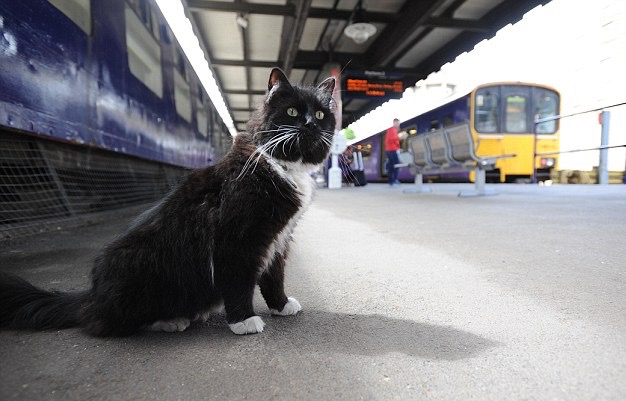 Ever since her arrival, she has been a valuable and popular member of the station team, keeping all the mice at bay. 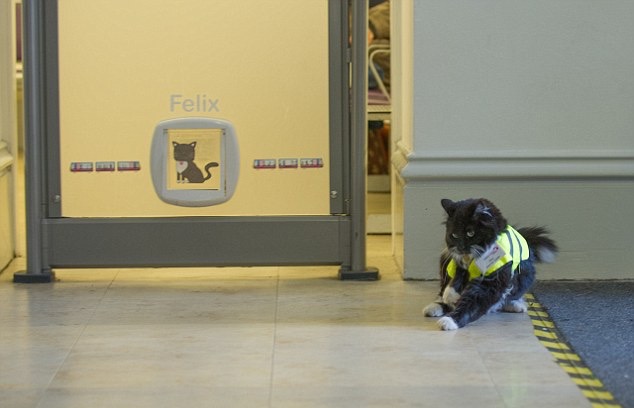 Felix has been given her very own catflap that allows her to bypass the barriers and do her job properly. 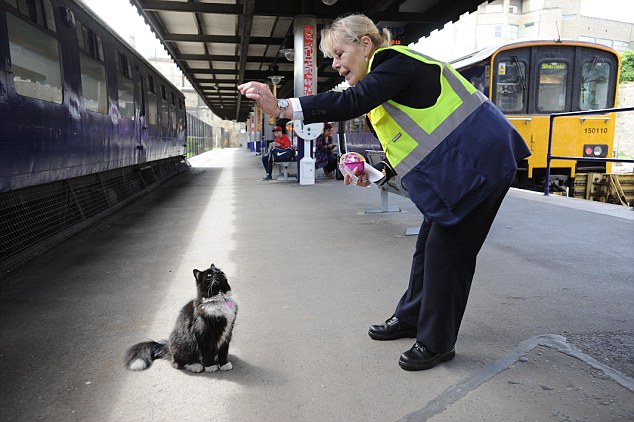 She is paid in treats for all the hard work she does! 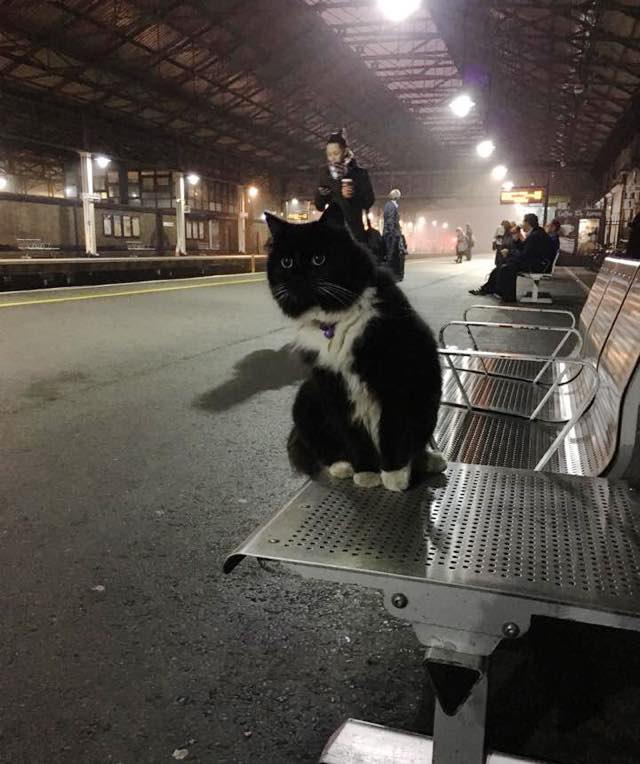 Here she is keeping an eye out for the 0640 to the airport! 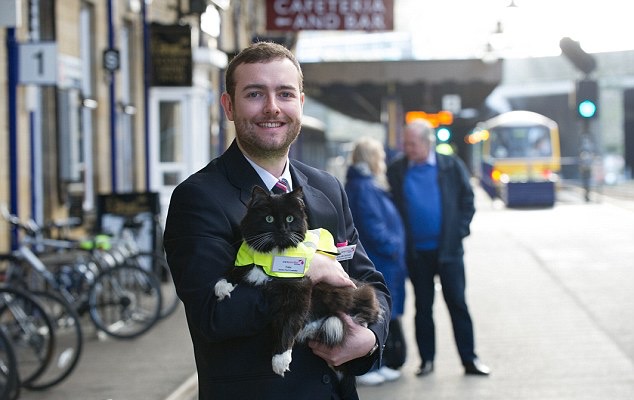 Felix is loved by all who work with her. 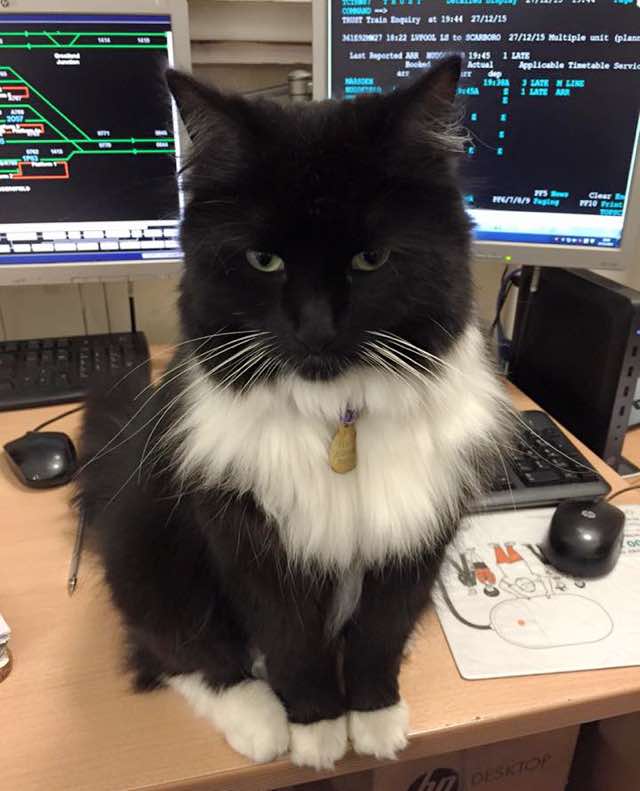 “She still thinks she’s in charge of the whole station like always,” say her co-workers. 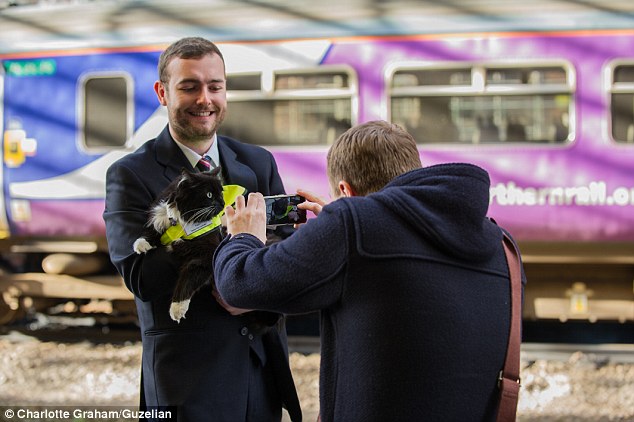 I’m sure this well loved kitty will continue to keep her co-workers and commuters happy for many years to come.

Click here to meet a kitty that lives in a railway museum!