If you’re a big fan of Freddie Mercury then you’ll probably know about his love of cats. In fact, he loved them so much he even wrote a song for his cat Delilah and dedicated albums to them! 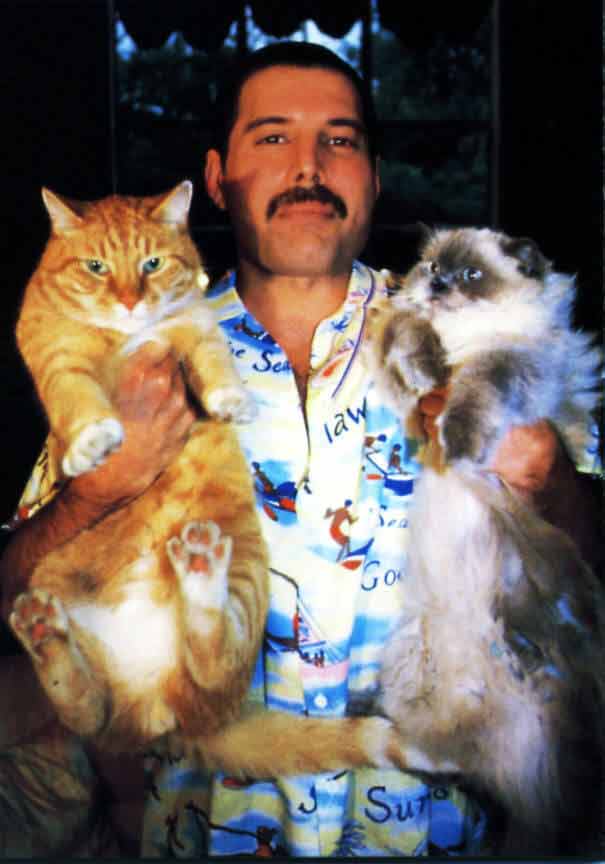 Freddie’s love of cats all started when his girlfriend and great love Mary Austin decided to get a pair of cats, Tom and Jerry, for their home. While he was on tour with Queen, Mary looked after them and he would often call to check how they were doing. Freddie’s personal assistant Peter Freestone said “He’d get to a hotel, we’d dial through, and he really would talk to his cats. Mary would hold Tom and Jerry in turn up to the receiver to listen to Freddie talking. This continued throughout the years with succeeding feline occupants of his houses.” 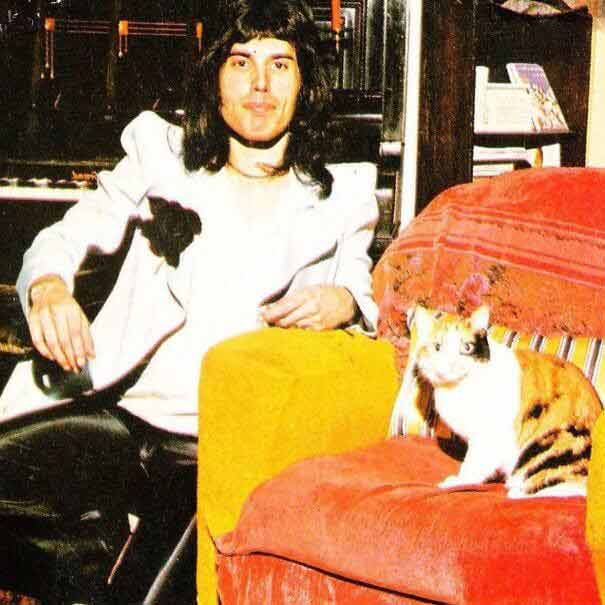 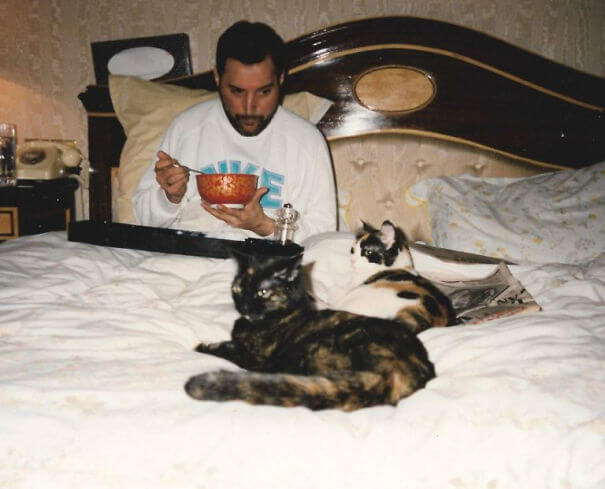 His love for his kitties was strong and in 1985 Freddie dedicated his solo album, Mr. Bad Guy to his cat Jerry and the other cats. “This album is dedicated to my cat Jerry—also Tom, Oscar, and Tiffany and all the cat lovers across the universe—screw everybody else!” 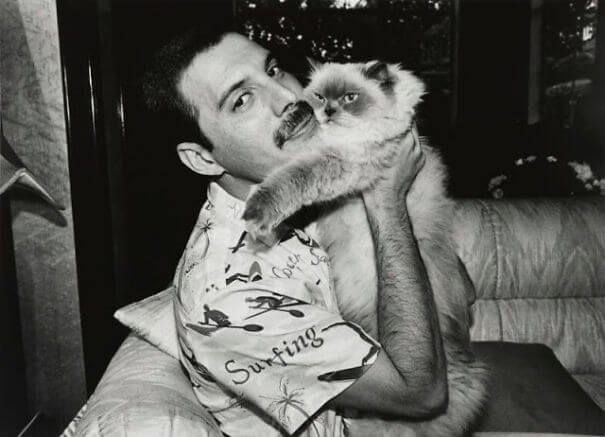 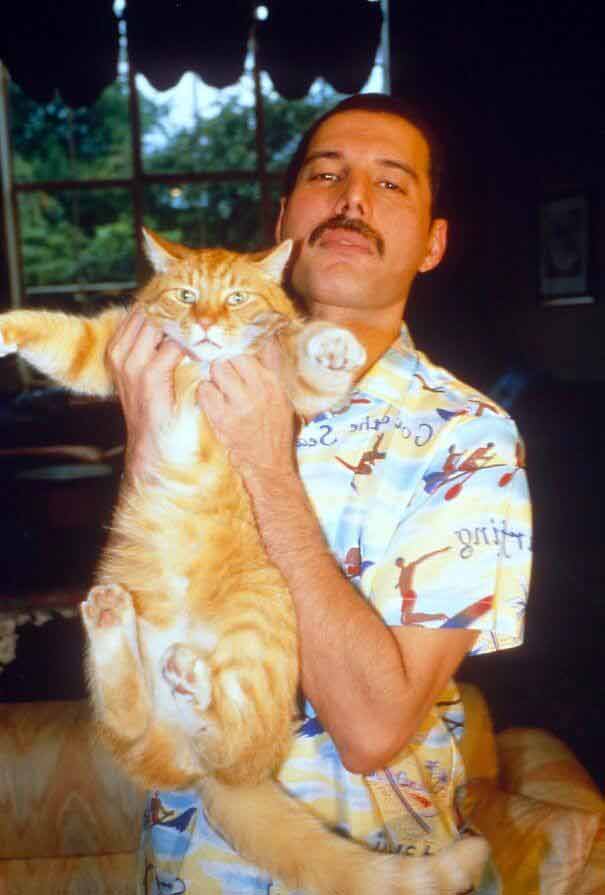 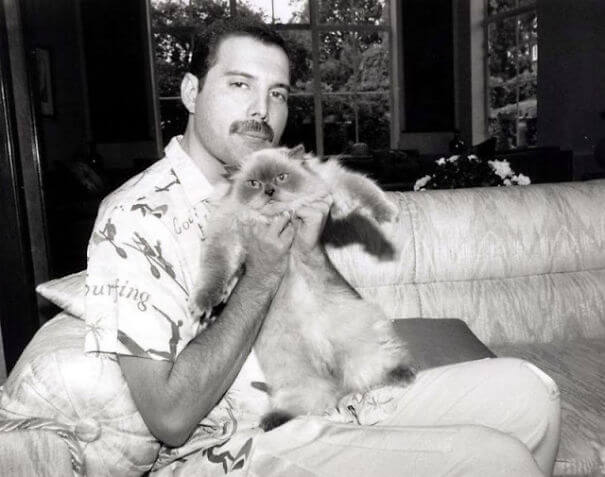 Freddie loved them all, but his absolute favorite was Delilah, a big, tri-colored tabby that he adopted in 1987. This passionate singer loved her so much that he dedicated a song for her on Innuendo, the band’s last album before his passing. 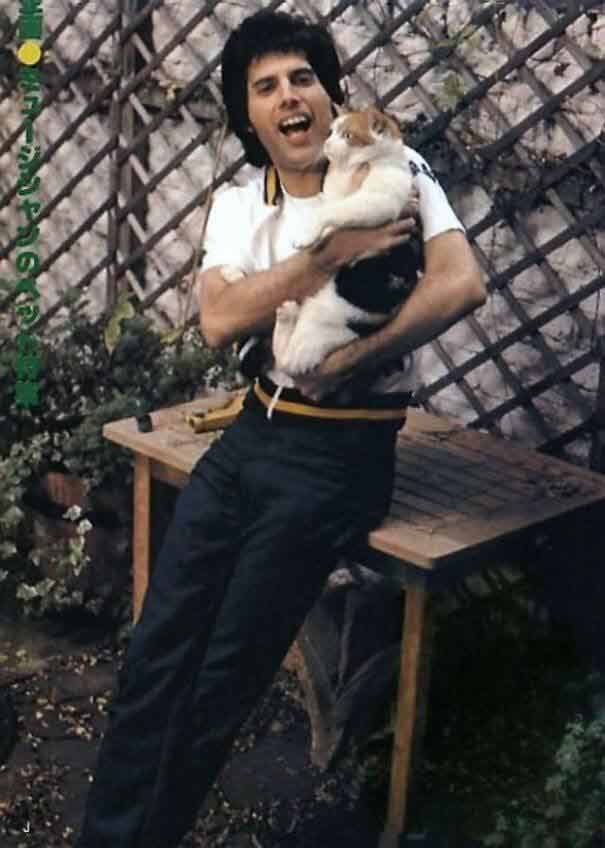 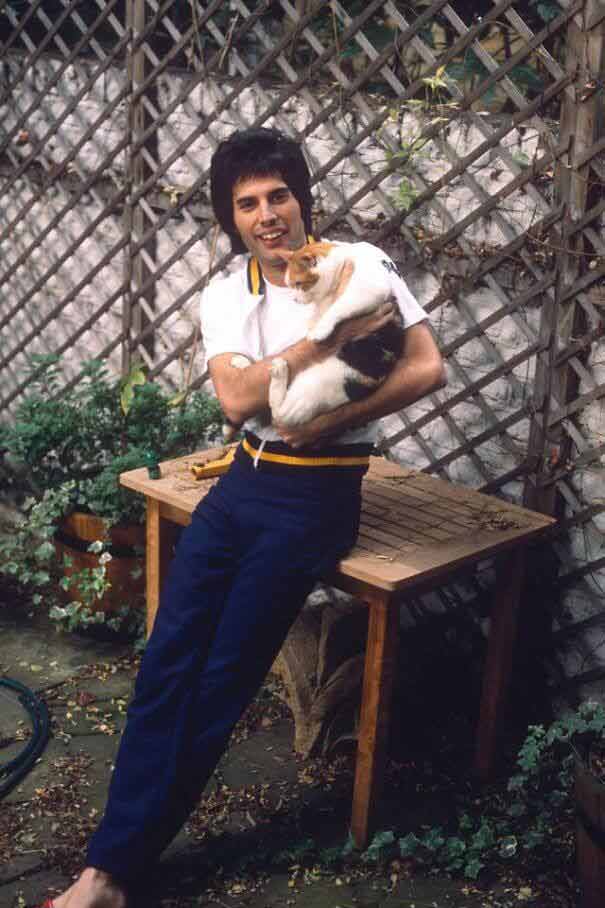 But the song “Delilah” was not his only cat tribute on the album, when he posed for the album cover he had a cat sitting on each of his shoulders, and another on the top of his head. And in the music video for the track “These Are the Days of Our Lives,” Freddie was wearing a vest custom-made for him, adorned with images of each of his cats.

It is said that Freddie had around 10 cats in total, there was Tom and Jerry, Tiffany, Dorothy, Delilah, Goliath, Lily, Miko, Oscar, and Romeo. They were his family and he treated them like his own children. he always made sure that each cat had his or her own special gifts for Christmas. 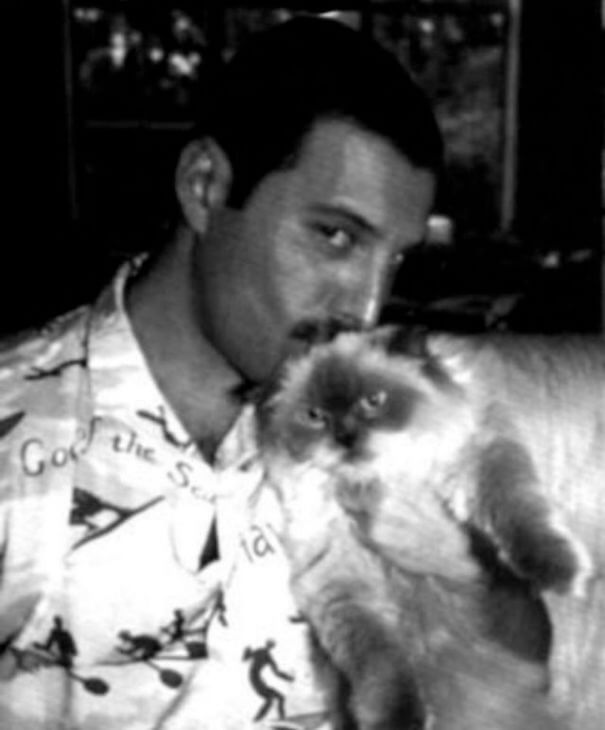 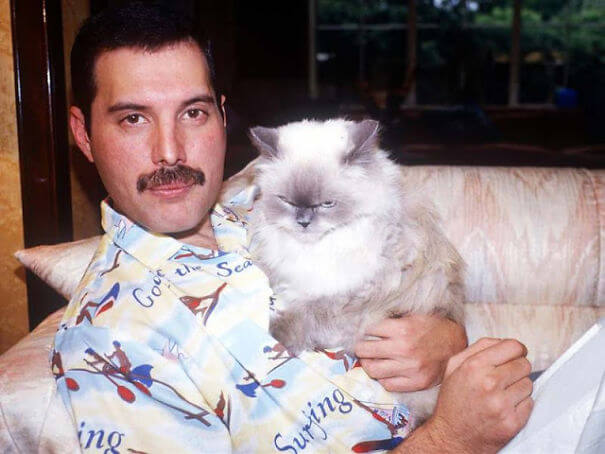 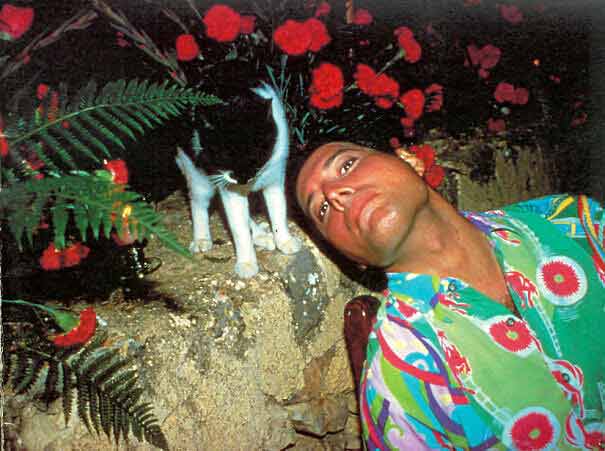 In one of his final interviews, Mercury told a journalist that he had included in his will Mary and his cats, his greatest loves, revealing “I’m leaving it all to Mary and the cats.” 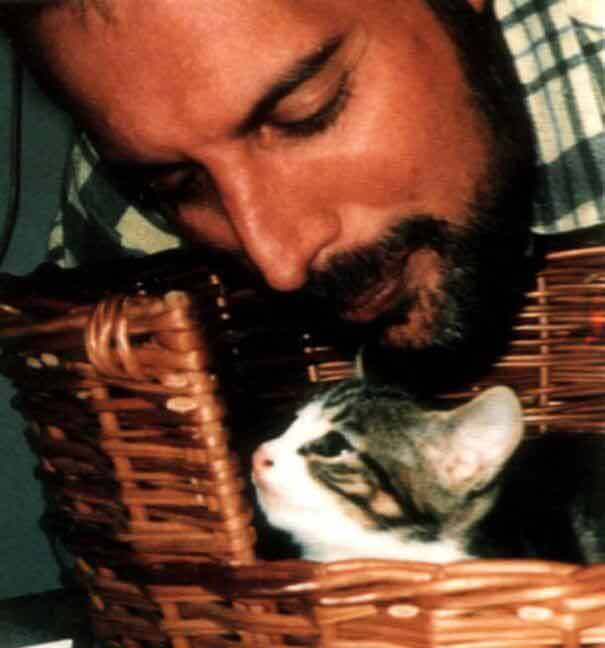 Click here to see that celebrity ladies love their cats too!