Nobody Wanted to Adopt this Shelter Cat, so He Found a Great Way to Get Everyone’s Attention

Meet Sigmund! He is a 3-year old cat that had been at Cat Haven in Western Australia for several months. He did get adopted into one home but they returned him after a few weeks because they thought he was was too rough when playing.

Months passed and still no one wanted to give Sigmund a home, even though he was a lovely kitty, full of personality and energy. That was when Sigmund decided to take matters into his own paws.

Sigmund started licking the window of his kitty condo whenever people were walking past it, including potential adopters. Staff at the shelter starting taking pictures of Sigmund’s technique and posted them on their Facebook page in the hope of finding him a forever home.​ They wrote: “Sigmund is getting up to some odd tactics to try and find his new owners…turns out you won’t just adopt a cat, but you’ll get a window washer as well. If you like a bit of an oddball, Sigmund is up for adoption now.” 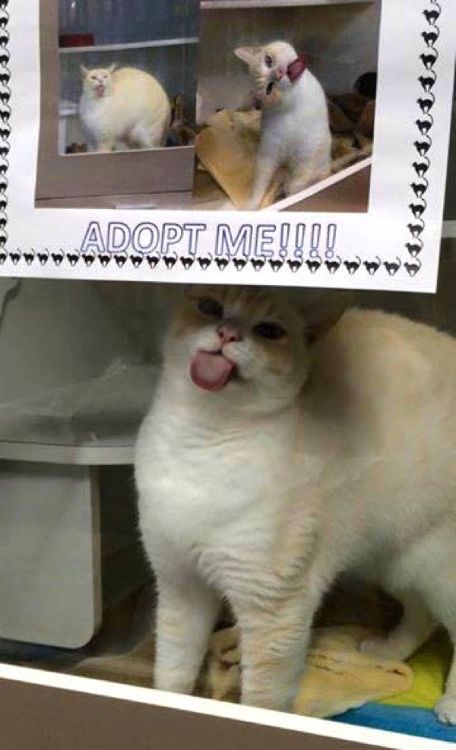 Sigmund’s photos went viral, and people all over the world fell in love with him and his quirky habit.
Finally, Sigmund’s tactic worked! At the age of 4, he found a family that he connected with, and they brought him home from the shelter.​ 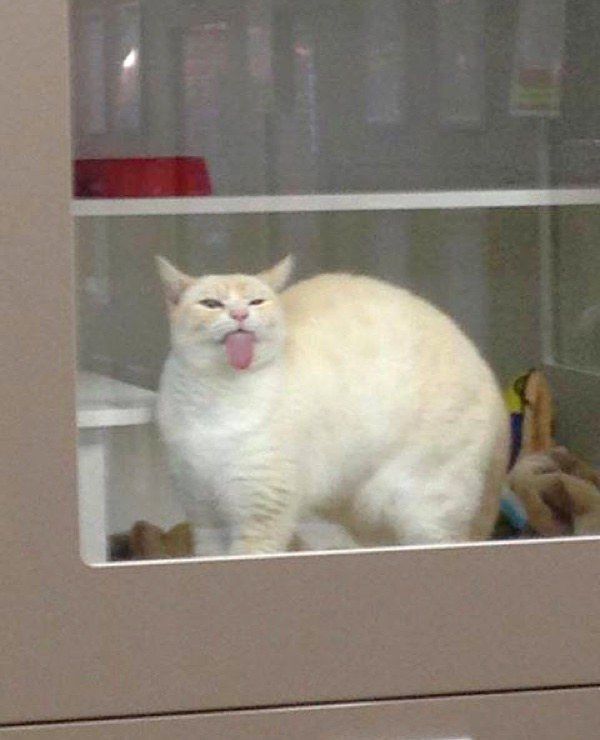 Now, Sigmund is the king of his new home, and can often be found acting, well, in a decidedly Sigmund-esque way! His new owners told Cat Haven WA: “He’s settled in as well as can be expected, given he was 4 when he moved in. He’s as mad as a hatter.”
They added: “Try making a bed with him and it’s a great game for him. He loves to climb on things and just before typing this he took a flying leap at a 6 feet tall cupboard and missed. Has not grasped that he is too small to leap that high from the floor.He gets into mischief just as any other cat does. In the past few months he quite enjoys a lap now but only on his terms, typical cat. When he runs through the house doing ‘maddies’ his fail fluffs out as much as it can and you need to beware when the Persian look is happening. It’s so funny. He’s very playful and regularly the kitchen bench tops of a morning have paw prints where he’s had a wander.”

We are so happy that he has found the perfect forever home. Well done Sigmund! 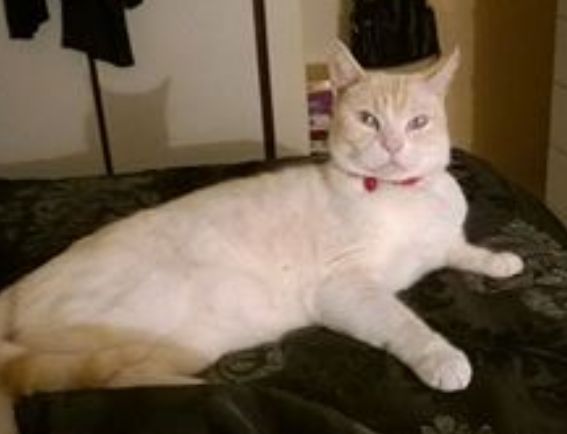