Do You Let Your Cats on the Kitchen Counters?

Do you allow your kitties to jump up onto the kitchen counters? They’re not an easy thing to make cat proof that’s for sure. I have one kitty that really isn’t interested and another that likes to be defiant! Just as long as you clean your surfaces well before you prepare food I can’t really see the harm in it. After all, we all love to have the occasional cat hair in our dinner every now and then! 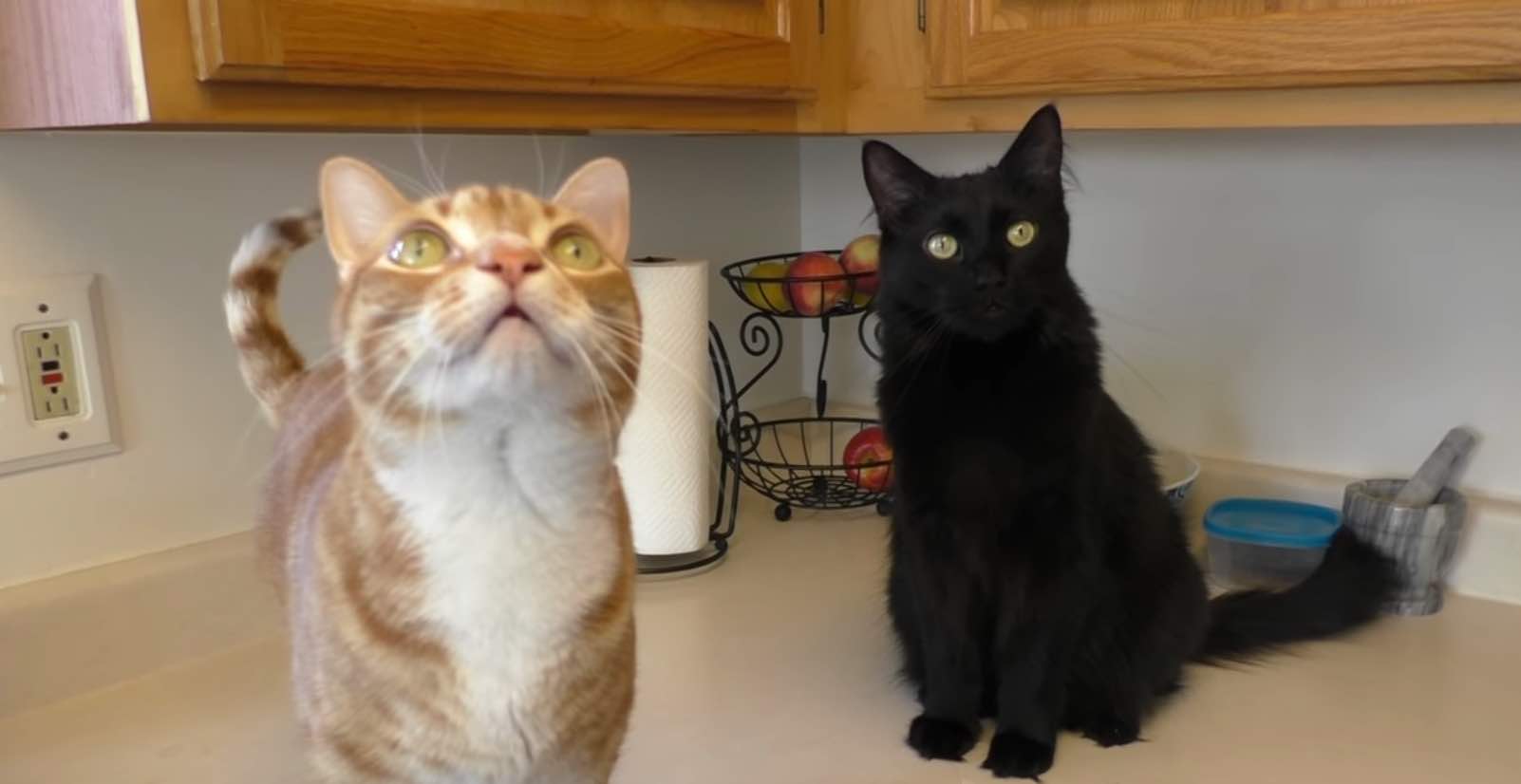 Chris, who is cat dad to Cole and Marmalade says: “Cole hardly ever jumped up on the counters, but then Marm arrived on the scene and was determined to be up there as much as possible! I could have tried many other methods to deter him from being up there, but I never saw it as a big deal, so didn’t waste time and money on the issue… and I kinda think he still would have jumped up there no matter what we did, because he’s that kind of cat!”
[adinserter name=”Cats in content 1 desktop/tablet”]