Two year old Scarlette Tipton, who sadly had to have her arm amputated due to cancer when she was 10 months old, has found a new best friend with another amputee. ‘Doc’ is a three-legged kitten who lost one of her front paws after an accident involving a car. 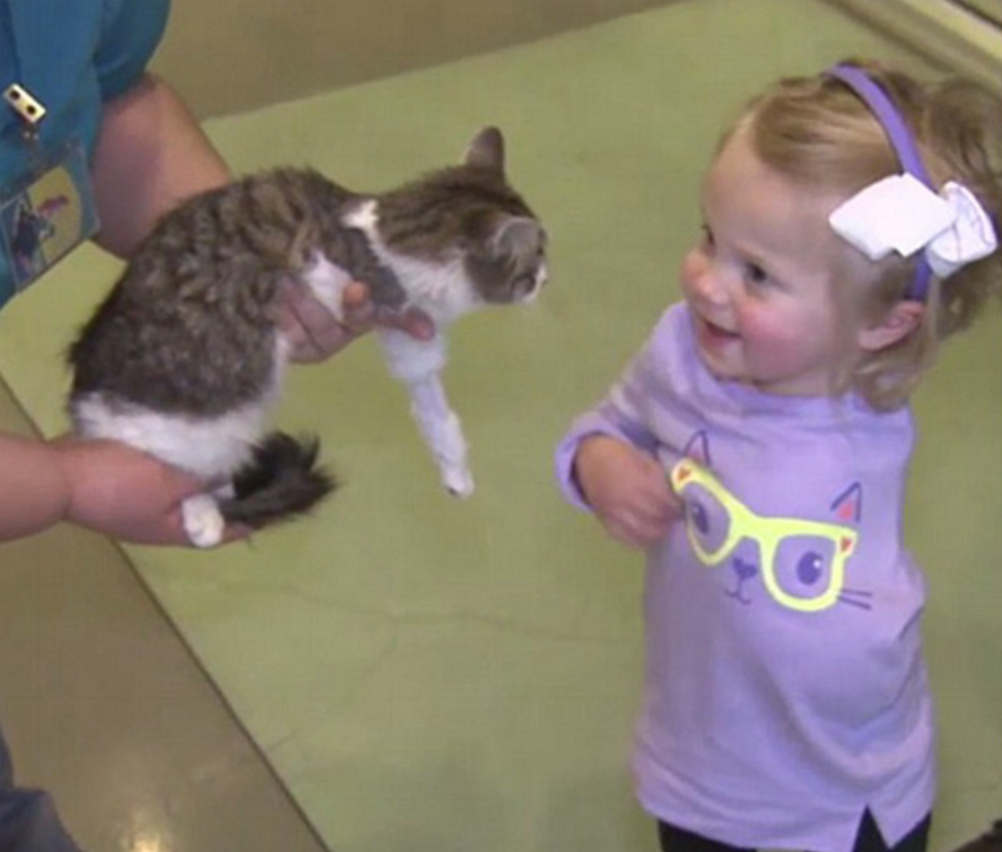 For some months the Tiptons had been searching for a three-legged kitten to join their family as they felt it would be something that Scarlette could really relate to. The family learned about the cat on TV and the two found each other on Christmas eve. 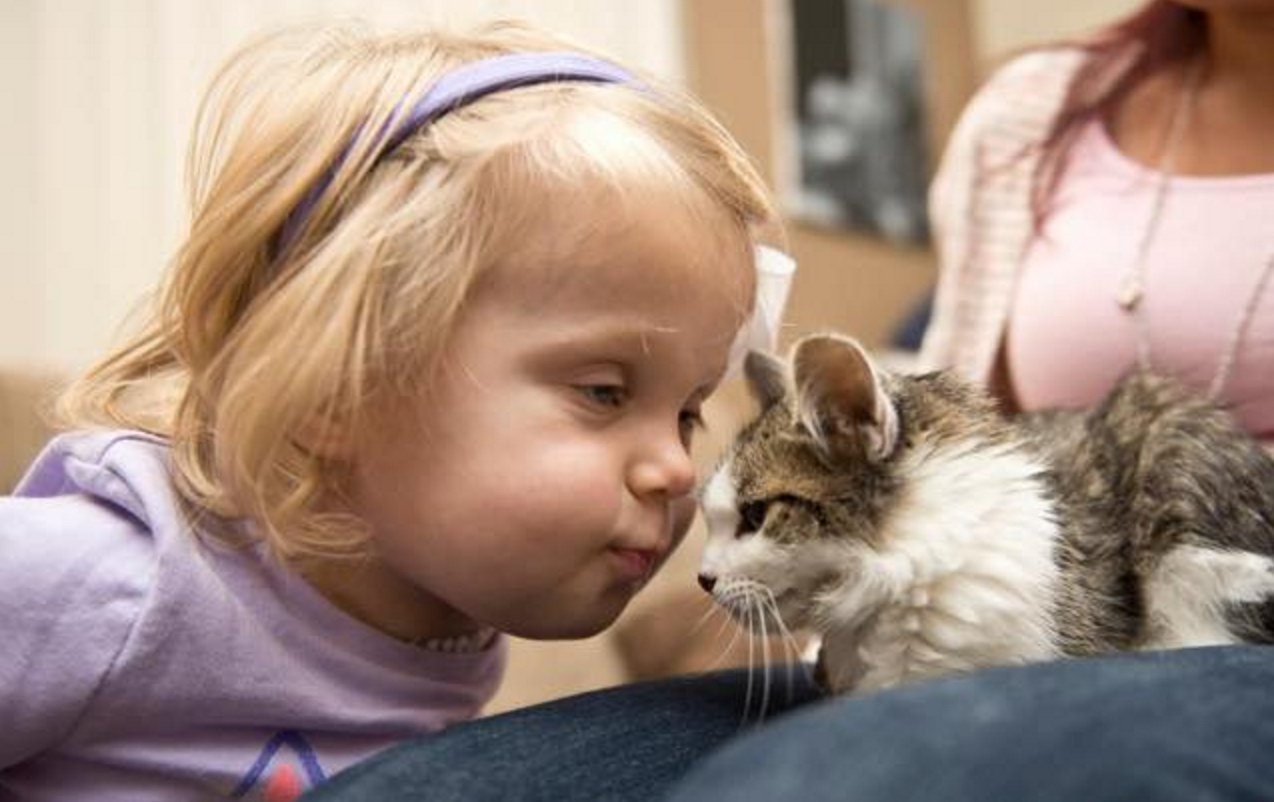 Scarlette’s mother said: “Scarlette was really excited, she absolutely loves cats. She did notice that Doc had staples on her side and said ‘owies’. I let her know that she had owies just like her, and she placed her hand on her side and just nodded,” she added: “She recognises that the cat has similar struggles as she does.” It was at that moment that they knew this kitten was the one.

Doc is now part of their family and Scarlette has a friendship that was meant to be. 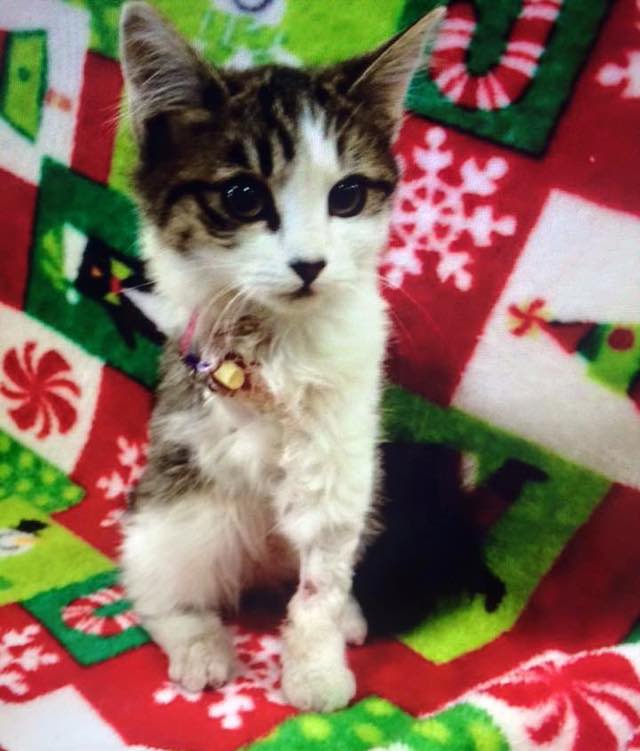 You can find out more about Scarlette’s condition here