An adorable cat has proven to be an internet hit with his seemingly ‘magical’ ability to balance dice on its paws. Just look at him staying perfectly still as he balances nine precariously-placed dice on his paw. But it’s not just dice that show this kitty to be a bit of a magician as we also see him holding a stack of cards between its paws.

What a clever kitty who obviously enjoys the idea of being a magician! 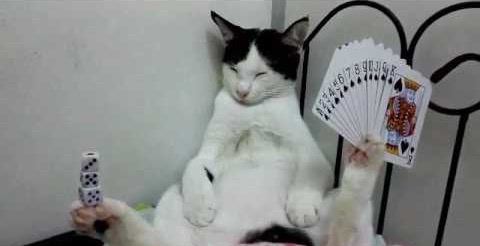 Click here to see another clever cat that manages to hypnotise a dog!