Meet Kelvin the ginger cat and Joule the dog – two animals that prove cats and dogs can get along! 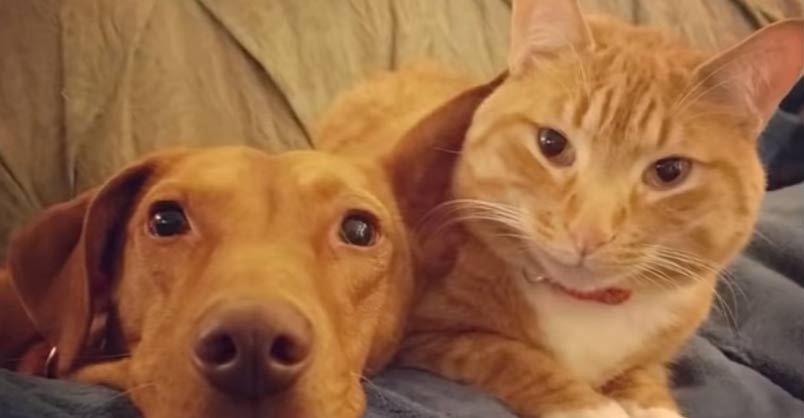 Joule is a bit nervous, so her human, Brenna, tried to take her to work for a while but later realized that it stressed her out too much. Soon after, Brenna decided to adopt another animal, a ginger kitty named Kelvin.

At first, she was worried that the two wouldn’t get along but as it turned out she had nothing to worry about. 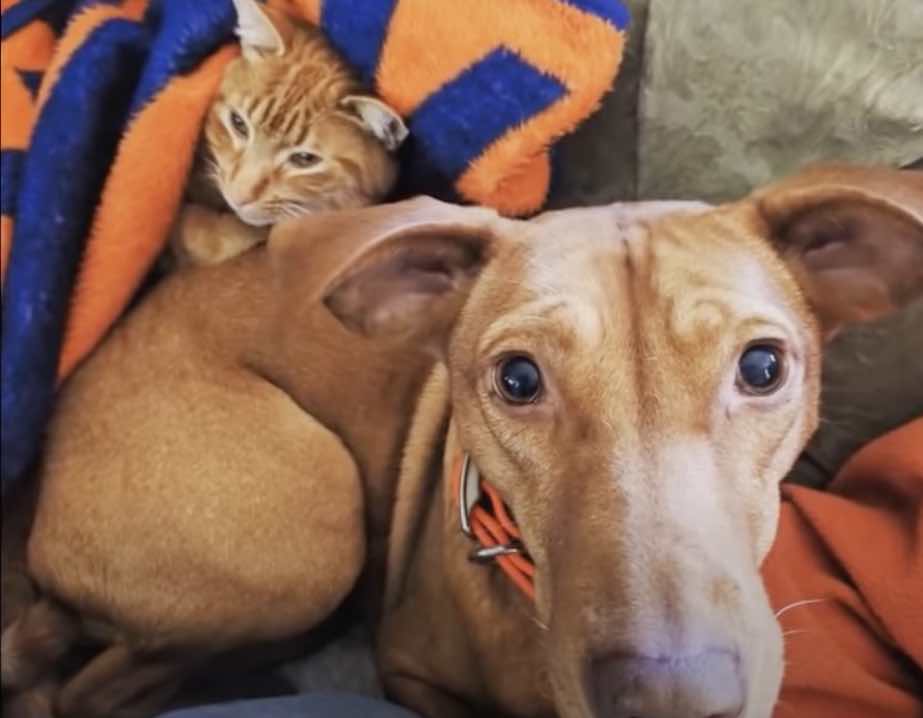 The two of them immediately bonded but Brenna could never have predicted just how deep a bond this cat and dog would form until one day she decided to set up security cameras around the house to monitor what was going on while she was at work.

She discovered that Kelvin and Joule spent the entire eight hours cuddling on the couch. Kelvin was sweetly comforting Joule who was very nervous when Brenna was out of the house. 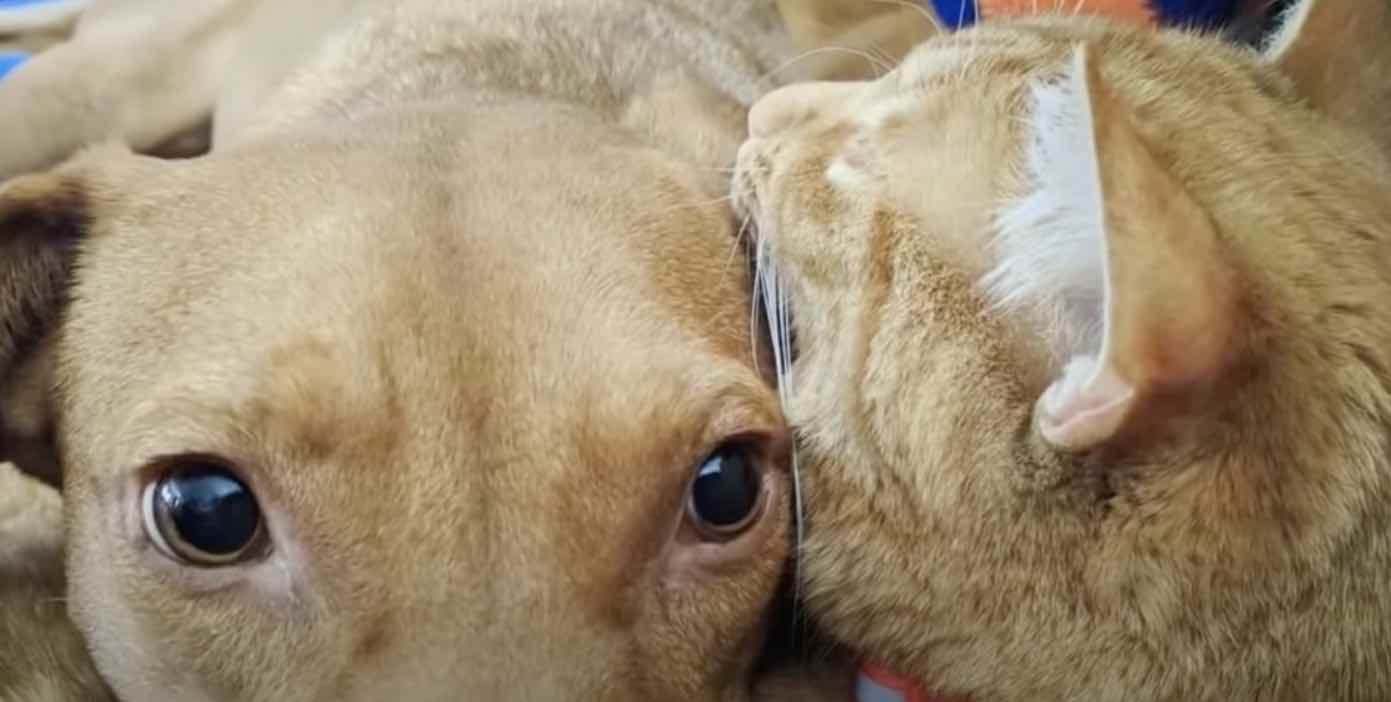 Seeing a cat and dog snuggling and sleeping peacefully next to each other is such an amazing sight. Kelvin and Joule now have their own Instagram page and the internet is going wild for these adorable animals.