Little Girls Have The Most Special Relationship With Cats

It’s true to say that cats really do become part of the family, so when they pass, their loss is never an easy thing to deal with.

Bailey, star of the hit book ‘Bailey, No Ordinary Cat,’ was 14 when he suffered from kidney failure and passed over the rainbow bridge. He was very much part of his human family and doted on the sisters as did they with him.

In this video we see how special the relationship was between Bailey and the girls, and we meet the newest member of their family, A Cat Named Carrot:

Isn’t it heartwarming to see the close bonds these girls have formed with both their cats. And how lucky they are to now have Carrot in their lives, I’m sure Bailey would approve. 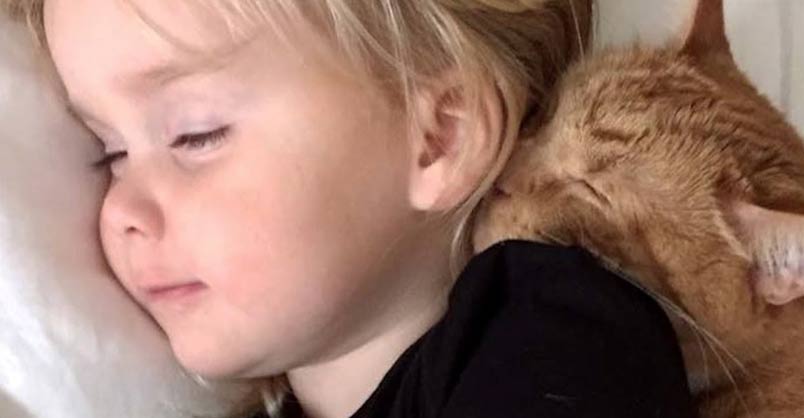 Carrot, just like Bailey, has been a big hit on social media, her Instagram page has has amassed over 152,000 followers already (Bailey has 206,000) and continues to grow.

Erin, the girls’ mother, hadn’t intended for Carrot to go down the same road as Bailey but I guess it was just meant to be. 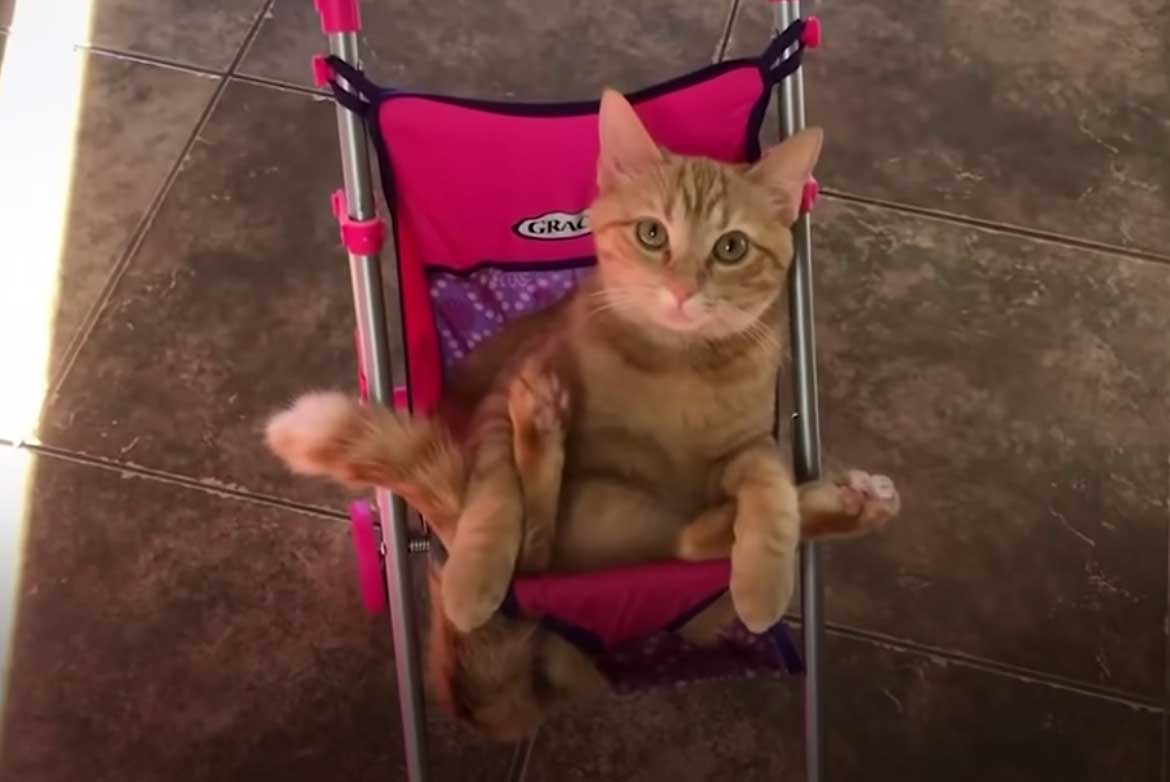 “Little did we know six months after his death, Abby and her sister Hannah would be surprised with a kitten they named immediately ‘Carrot’ which I thought was hilarious,” Erin said.

“I had no intentions of creating a Facebook page or Instagram account for Carrot. Never in a million years did I think I was going to get another cat just like Bailey. I worried the girls would be disappointed in the kitten not wanting to do the things Bailey did. I even warned them for months, if we ever got a cat again, it likely won’t do all the things Bailey did.” 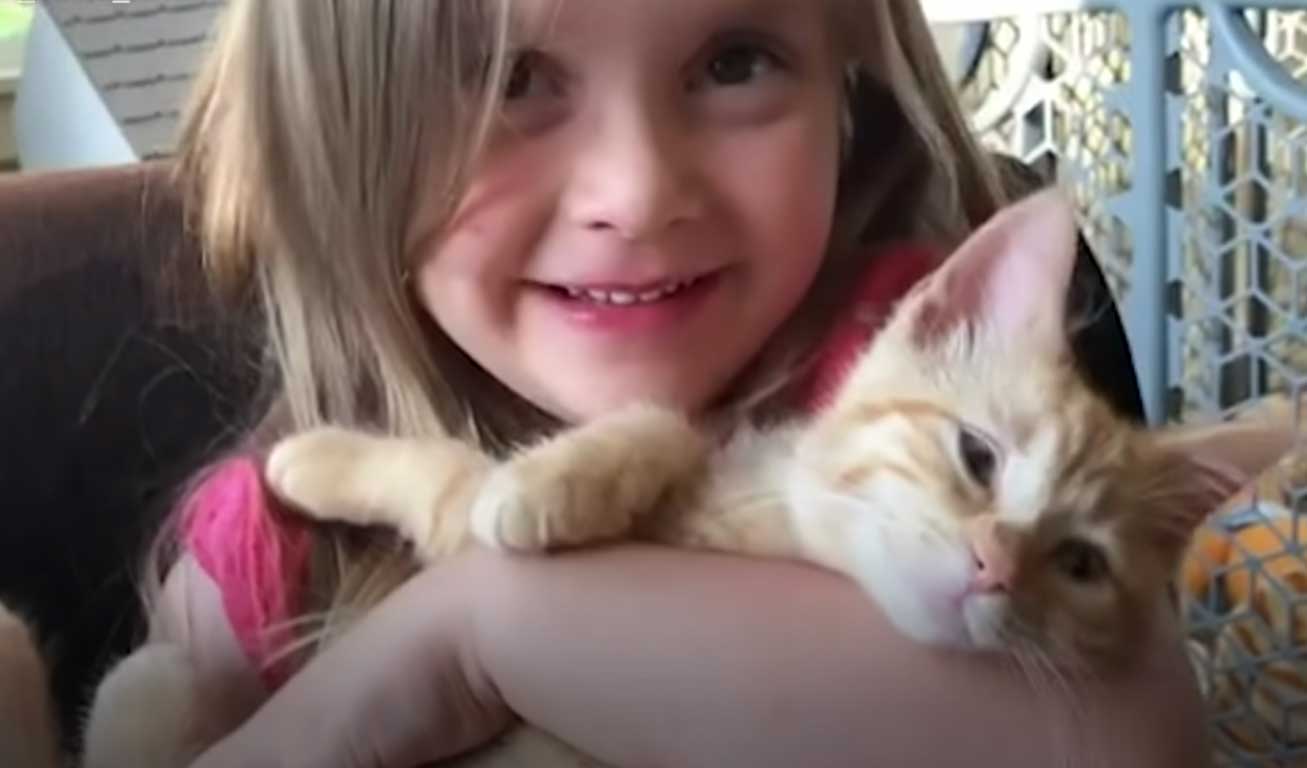 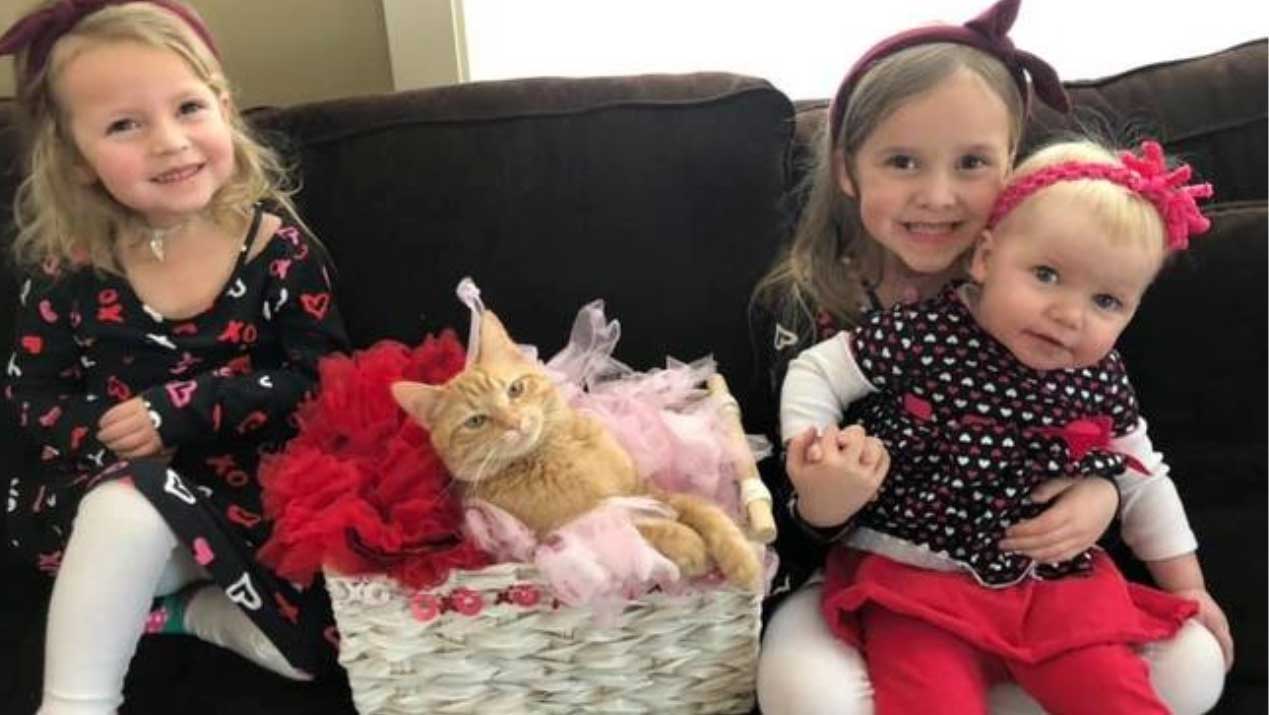 But how wrong Erin was: “Well, we hit the kitty jackpot again and within 24 hours of having Carrot, I knew we had a special girl. Girl ginger cats are rare. I believe 85% of the time gingers are boys. Look it up.”

She’s right that female gingers are rare and from my experience I have seen that most ginger cats are very loving towards their humans. And they always make good companions to children, something worth thinking about if you have young children and are thinking of getting a cat.

“I feel my prayers were answered. I don’t believe in reincarnation but many believe Bailey came back as Carrot. I do believe in God answering prayers and he answered mine. Carrot healed our broken hearts. We were devastated when we lost Bailey,” said Erin to News4SanAntonio.

I believe that Carrot and the girls will have a wonderful life together and that Bailey will always be in their hearts. 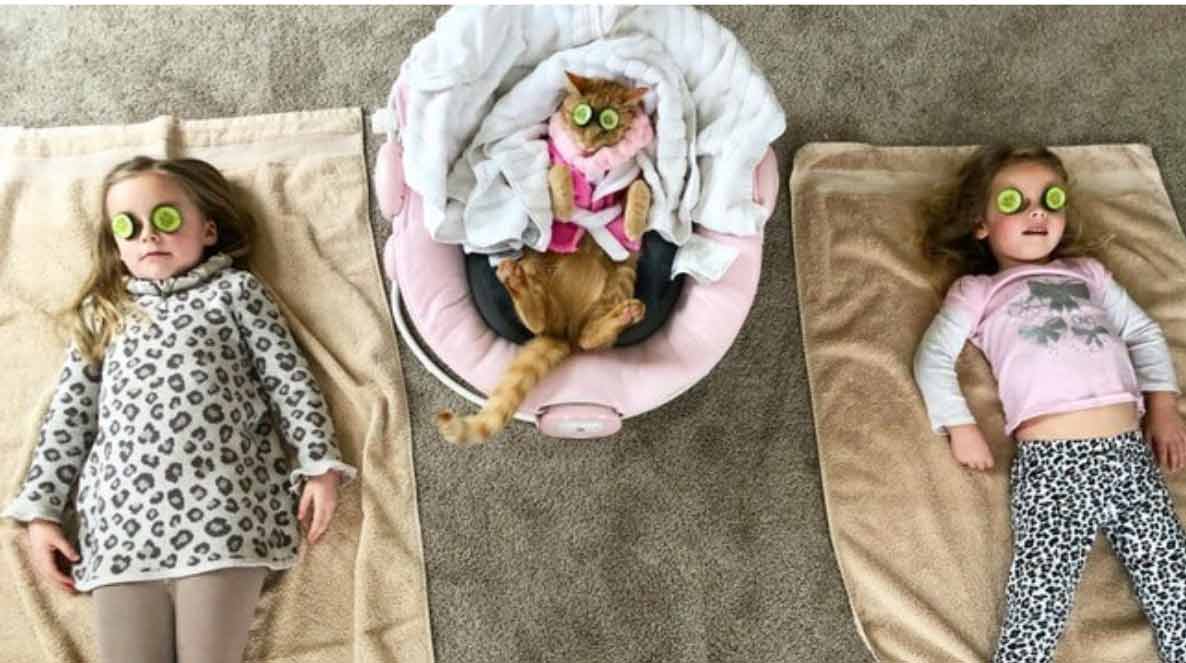 Click here to see what happened when Bailey first came into Erin’s life and how years later he became a part of her children’s life too!