Then his foster family found him a feline sister from another mother and he no longer felt alone, their bond was instant. Meet Neo! 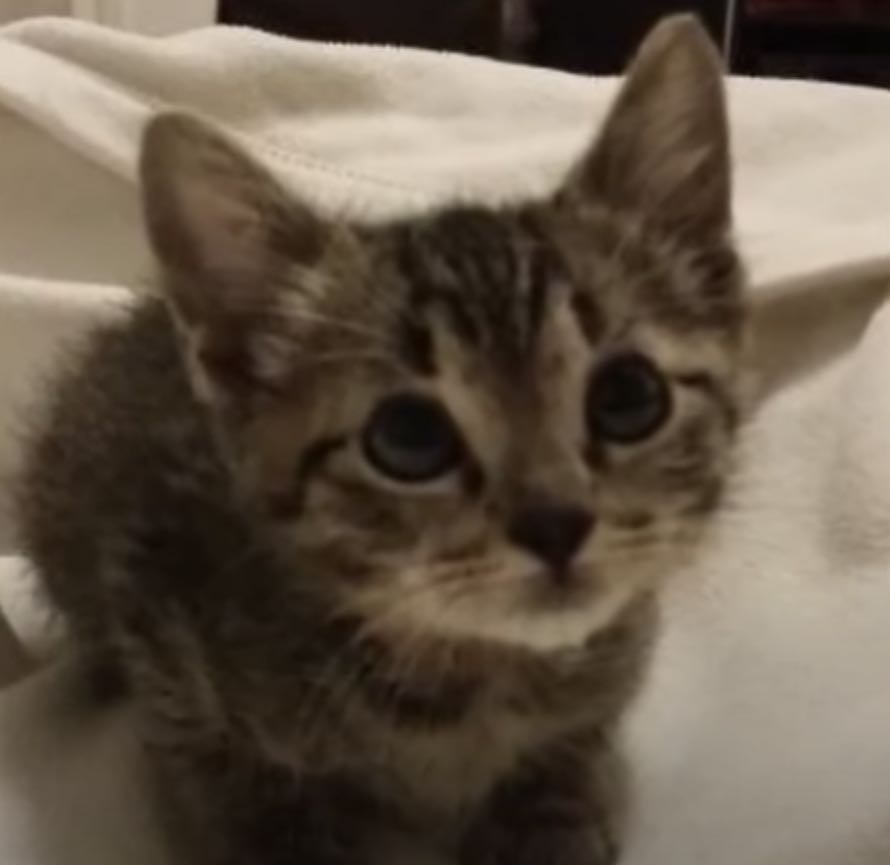 After Neo, a little gray kitten, was born in a shelter to his newly homeless mom, he bonded with Eenie, another kitten who turned up in the shelter.

They were both only a couple of weeks old at the time so it was good for them to have company. 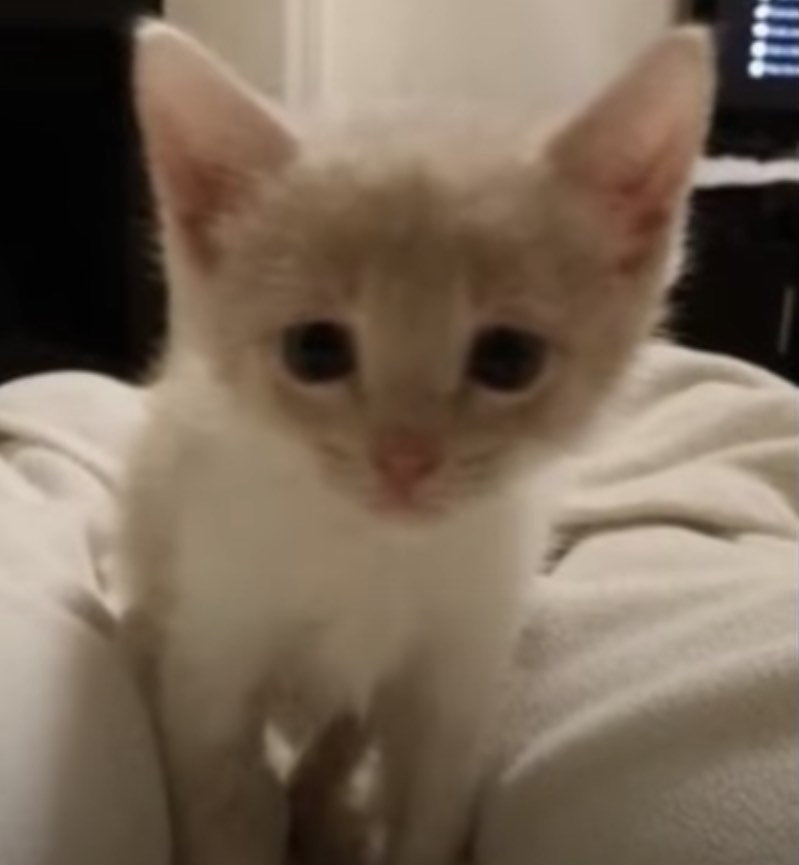 Soon Neo and his siblings were taken to a home to be fostered but things didn’t go to plan for the little kitten.

His siblings were quickly adopted together leaving little Neo all alone. 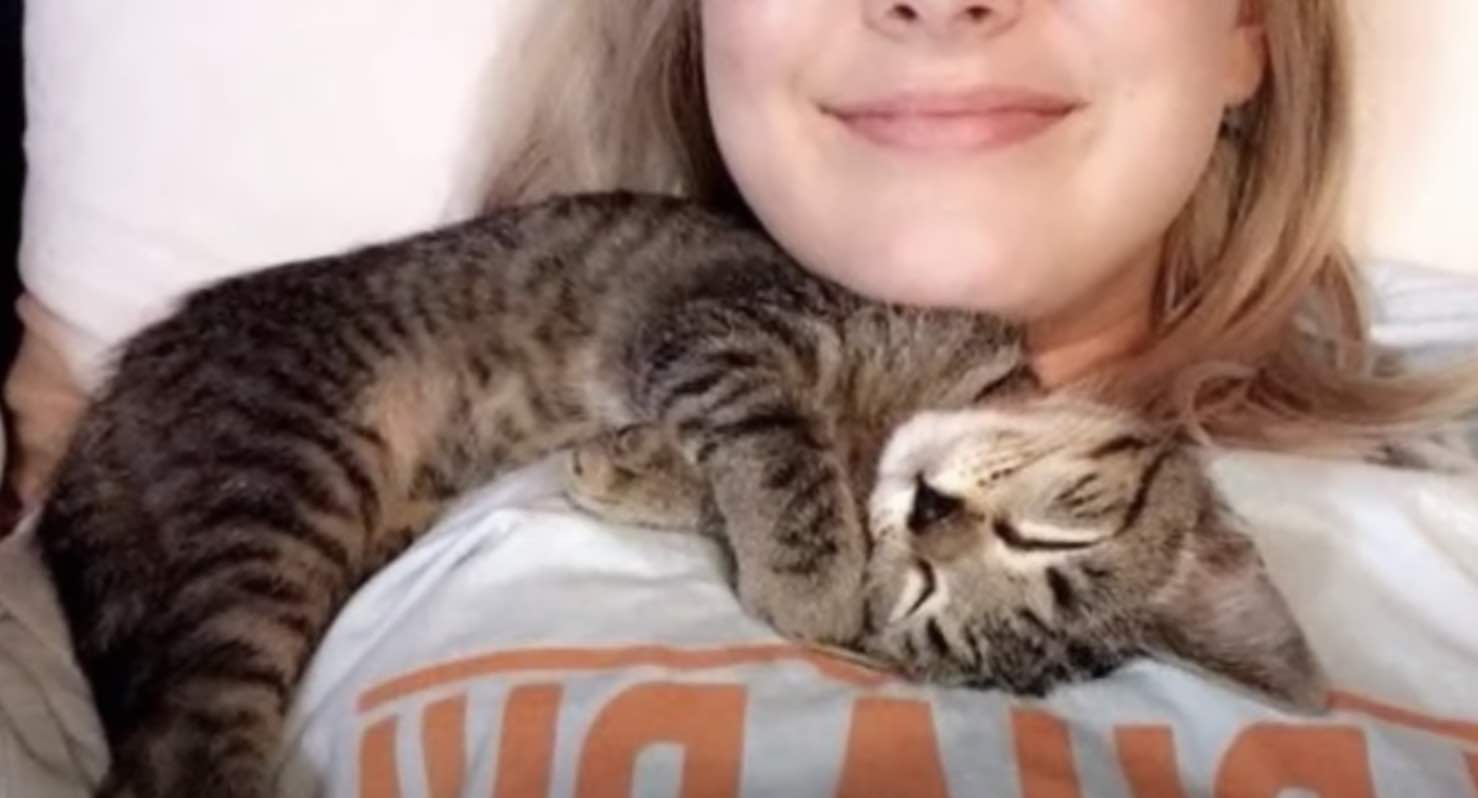 Neo now felt really alone. First he was taken away from his new best friend, then his siblings left to start a new life together leaving him behind.

He cried all day, snuggling into the arm of his foster mother as if it was another kitten. 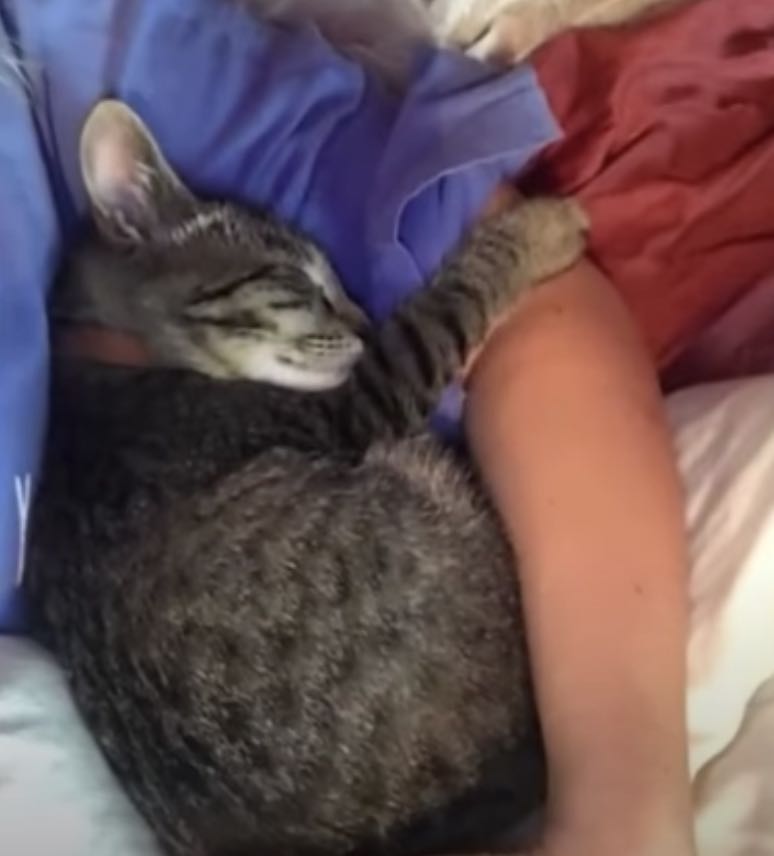 They soon realized there was probably only one thing that would stop Neo from crying and that would be to get his friend Eenie back.

The deed was done and when Eenie arrived at her new foster home they wondered whether she would recognise Neo as it had been a while since they were together. 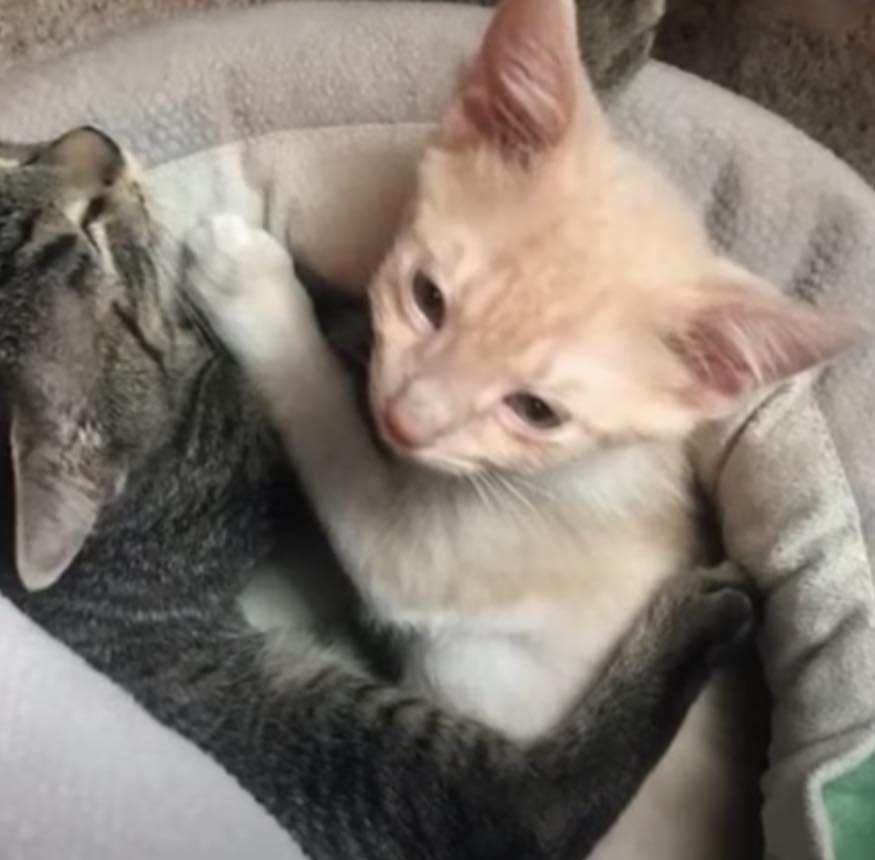 But they needn’t have worried because as soon as the kittens saw each other they began to play, just like old friends.

From then on it was decided that these two would be adopted together, they saw how traumatised Neo was when he was left alone and nobody wanted him to go through that again. 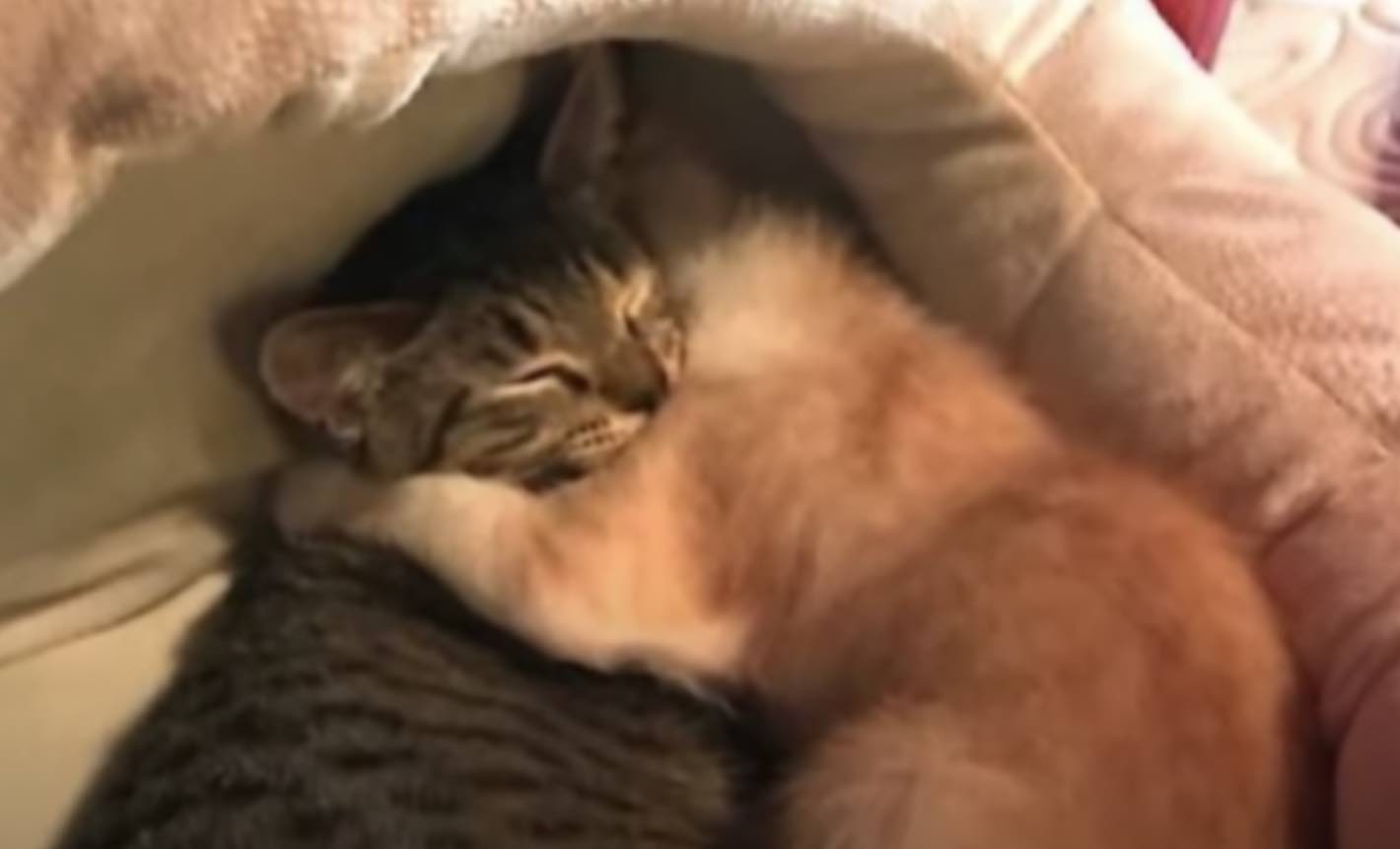 UPDATE: They have now both been adopted by a kind lady. Initially she was looking to adopt just one cat, but after hearing their story she decided to take both kitties home, so they could be together forever!