This Special Needs Cat Has A Soulmate In His Guardian

Lauren and Joel live in Long Island, New York and one day they found a tiny kitten in the gutter. They immediately took him to the vet but were told that he probably wouldn’t live. They decided to call him Mac and after many sessions at the vets they discovered that he only had half a nostril, a cleft palate and cardiomyopathy – which is a hardening of the artery walls. 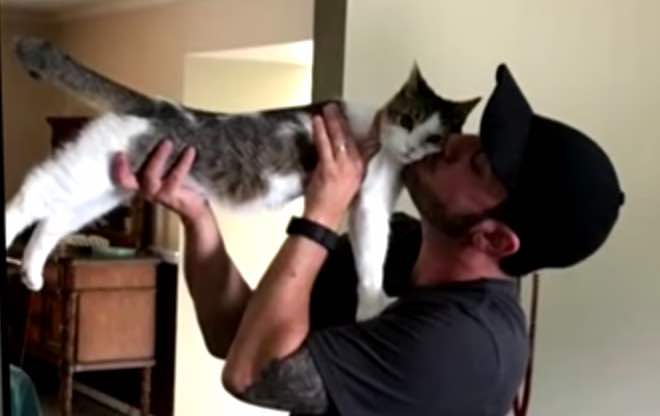 Joel has a medical issues as well, when he was ten years old he had a blood transfusion and the blood was contaminated with HIV. This gave them an instant bond and four times a day they take their medications together. Because of everything they have both been through, the two have a very special bond and they love each other very much. Joel says that because of this it they find it easy to relate to each other, rather like two peas in a pod. 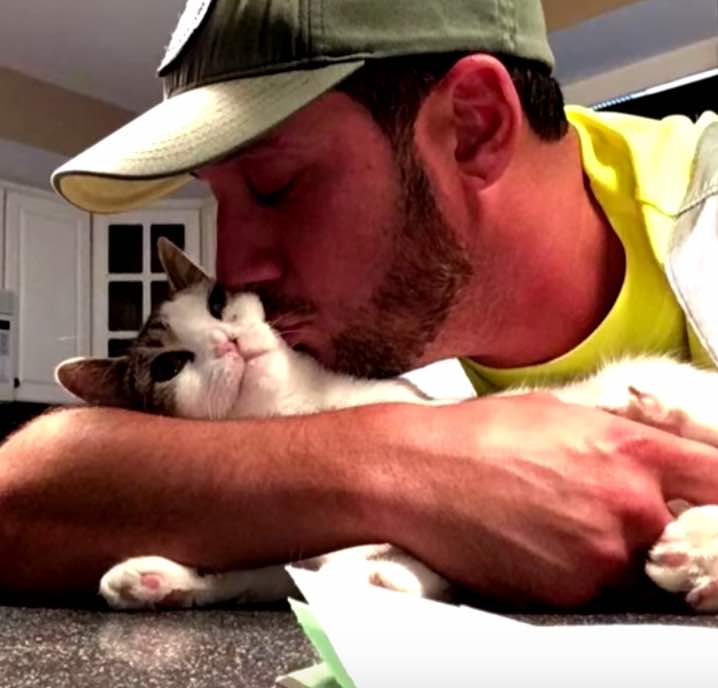