Cat With Sad Eyes Has Her Dream Come True

An 8-year-old tortoiseshell cat was found wandering the streets in Perth, Australia.

She had the saddest face, and appeared lost, in need of rescue.

Scroll down to meet Simba and hear her story. 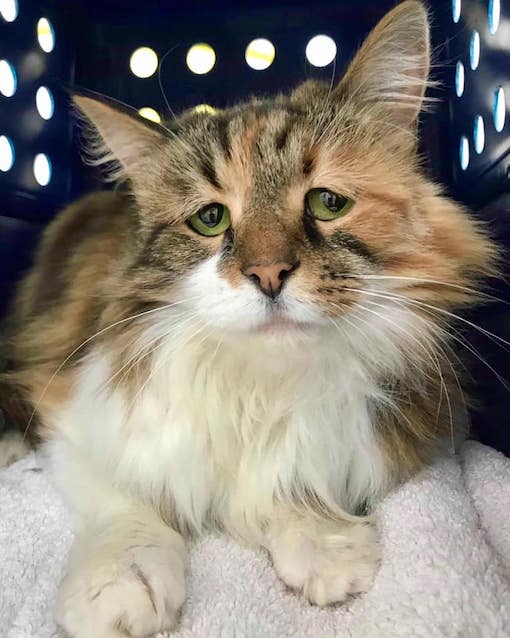 When she was rescued off the streets she was brought to Cat Haven WA, where they discovered that she was incredibly shy. She spent her time cowering in a litter box trying to make herself invisible. “She came to us a stray but she had a microchip. We couldn’t get in touch with the owners,” the staff at Cat Haven explained.

This beautiful Torti, named Simba, seemed very confused with her environment and continued to hide and take refuge in the litter box. 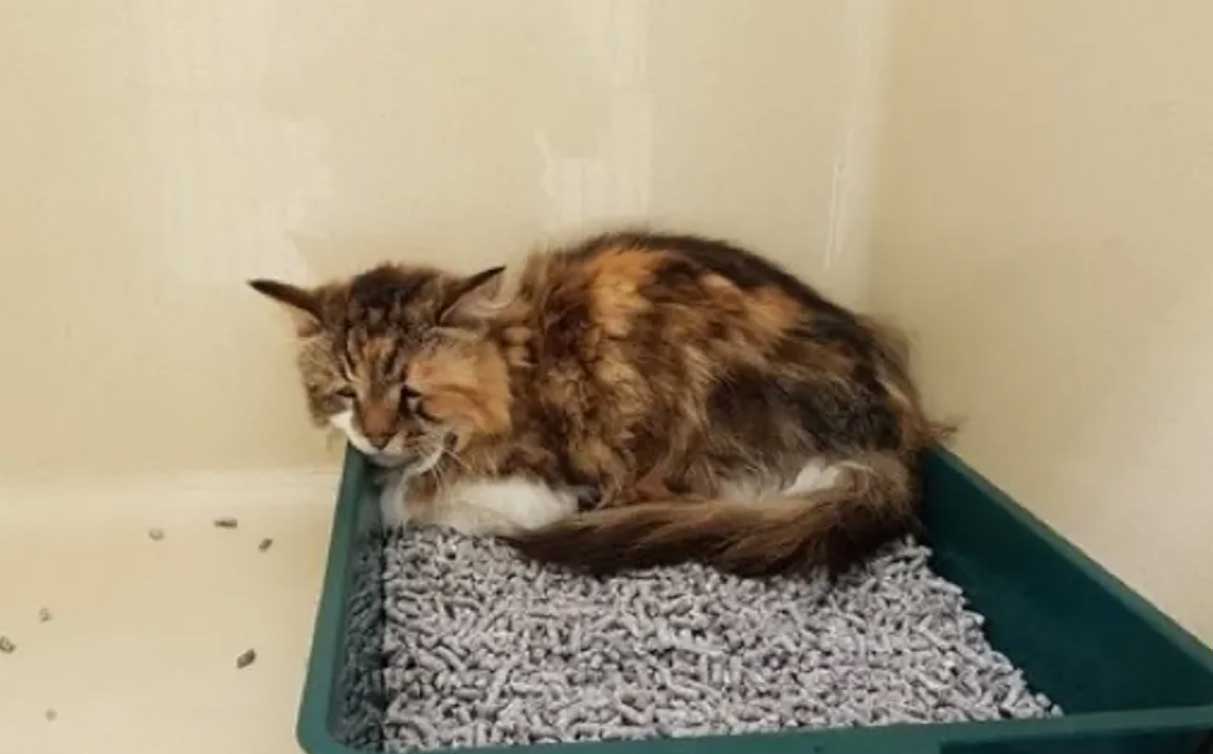 They had no idea how long Simba had been wandering alone on the streets of Perth and sadly nobody came forward to claim this sad eyed girl, so one of the foster volunteers decided to help. She was taken to their home with the hope of bringing her out of her shell and gaining some confidence with people. 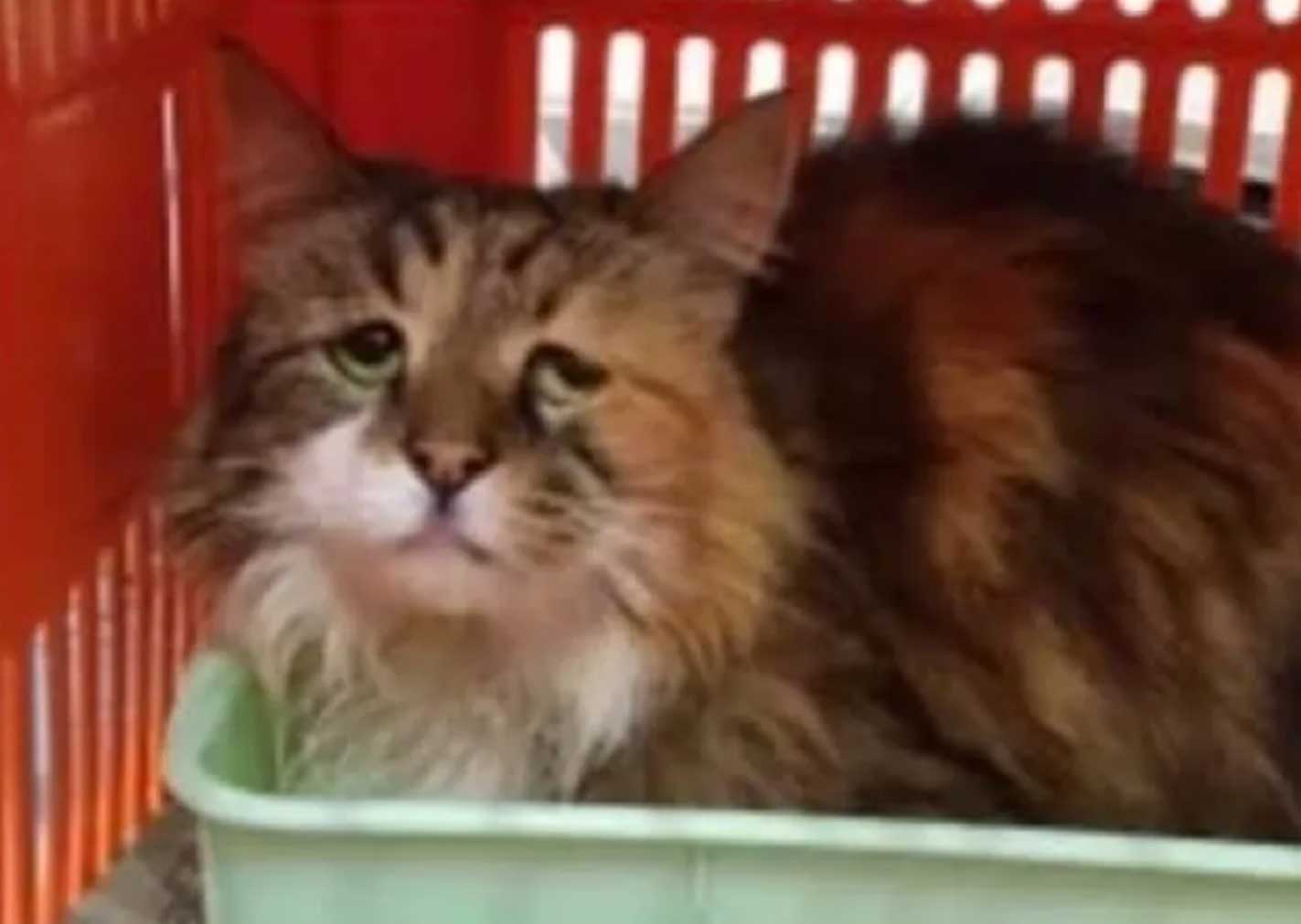 It took a while for her to realise she was in a safe environment, she started to warm up to the loving family that surrounded her and slowly began to seek affection. 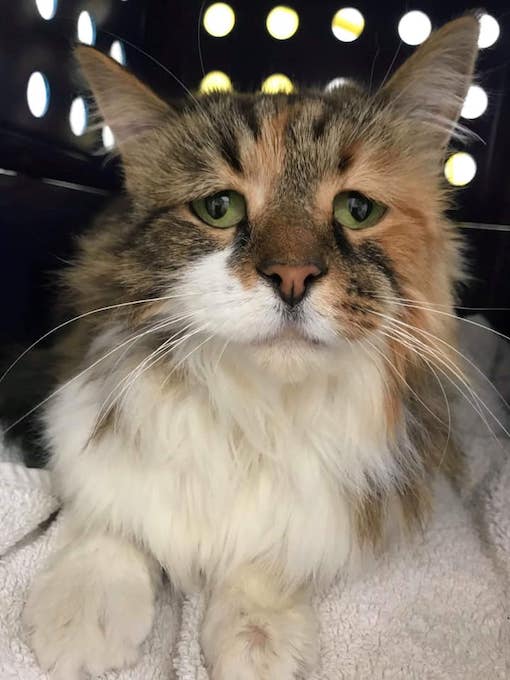 After a few weeks in foster care, a family came across Simba’s story on social media and decided that they were just what this kitty needed. It looks as if this sad eyed girl was finally having her dream come true.

“We are very pleased to say she has been adopted into a forever home. We hope that she can turn that frown upside down and be a happy girl from now on,” Cat Haven said. 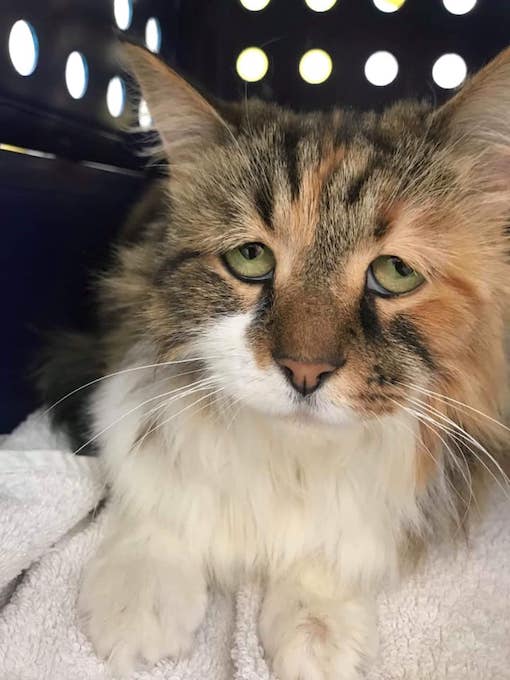 The family decided to rename her Molly and it didn’t take long for her to start seeking affection. She would follow her new humans around the house looking for cuddles and rubbing her face against them.

She is no longer a sad girl and is settling in nicely with her new family in her forever home. 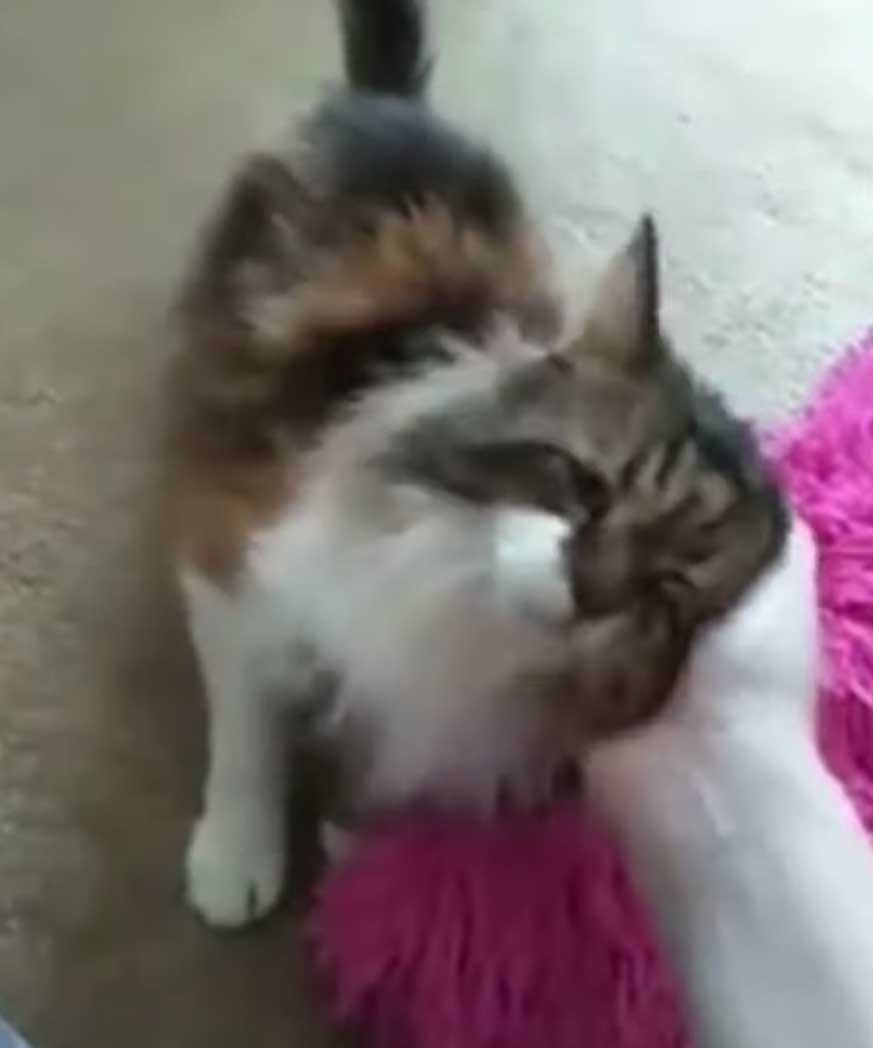 Her dream has come true because she no longer has to roam the streets as a stray, we are so happy for her.

Click here to meet a kitty that was rejected for being too ugly!