A stray cat has taken up residence in Gong San Sung, an ancient mountain fortress in Gongju City, Korea. Nobody quite understands how she got there. 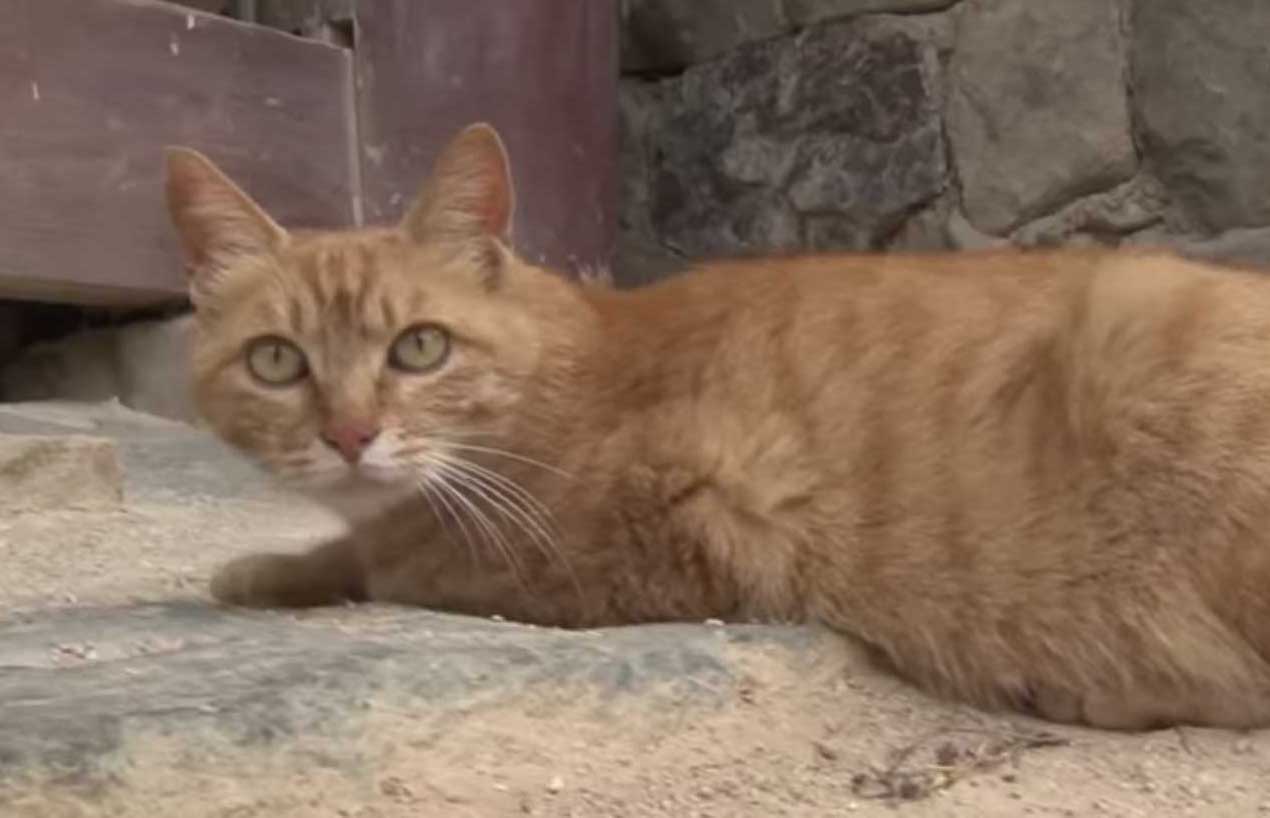 When the tourists pass by she doesn’t move an inch, just stays sitting in the same spot and she doesn’t have the appearance of a typical stray cat. 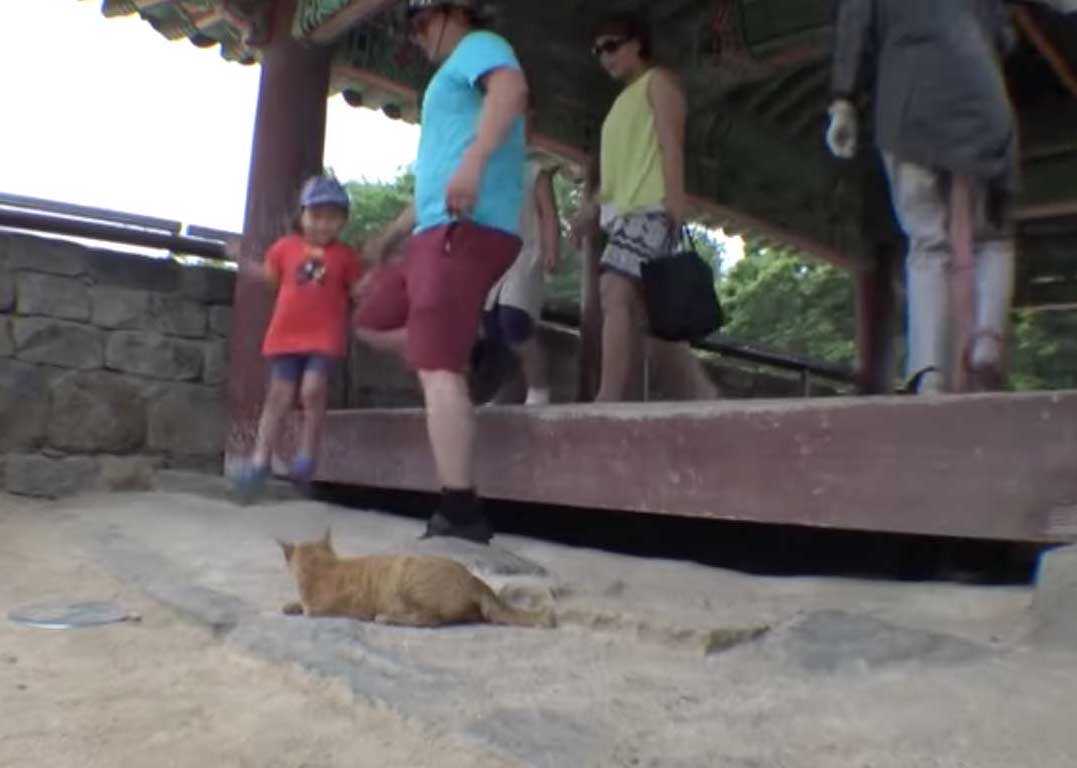 After the people have left the cat begins to move and meow, it was then that they spotted that she had lost one leg. And then one by one, four kittens appeared from under the fortress! 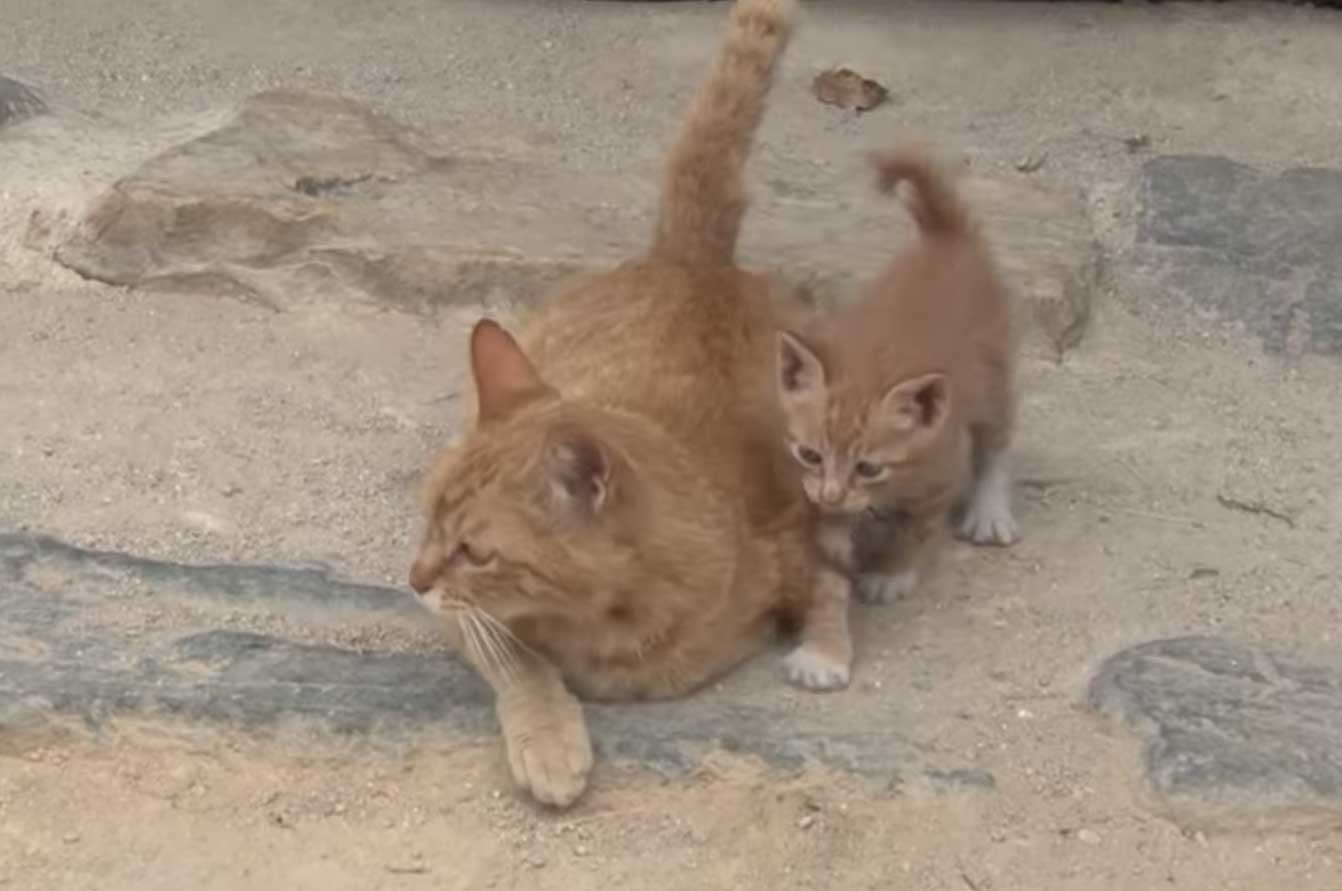 They all looked in good condition so despite her injury she was taking very good care of them. But as soon as someone approaches the kittens run back to their hiding place. 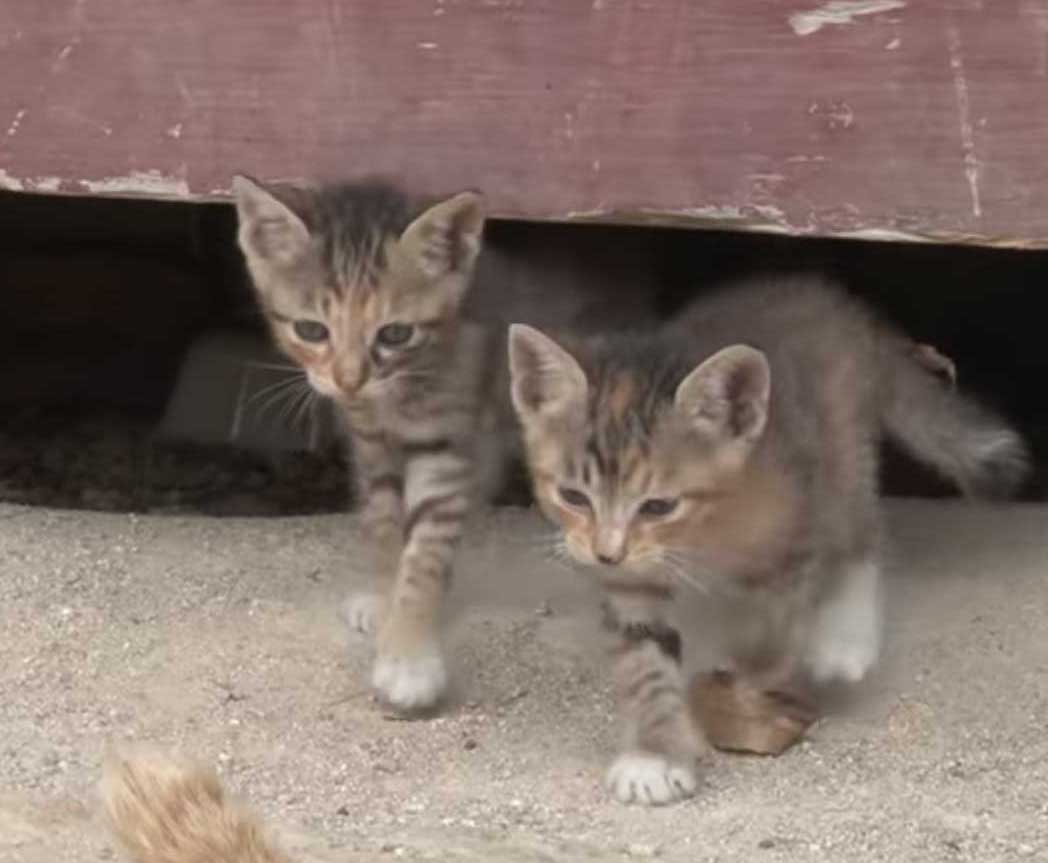 It’s a strange place to bring up kittens as there is no food around and quite isolated from the rest of the city. Once she stops breastfeeding the mountaintop will be a difficult place for the kittens to find food. 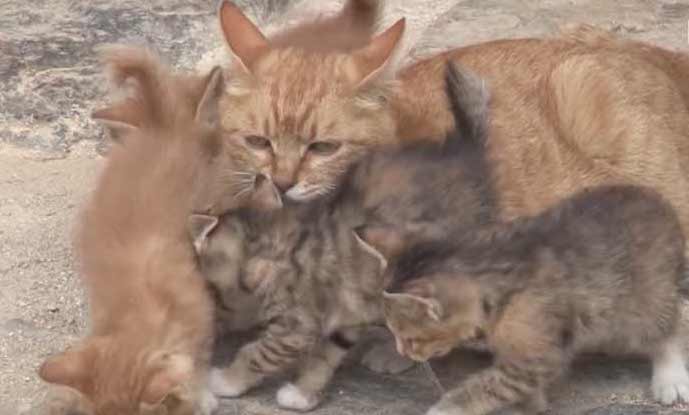 It was thought that this caring mother cat must have been abandoned up there by a human that no longer wanted her as she was very friendly towards people. It was decided that the best course of action was to catch this family and give them a chance at a better life. 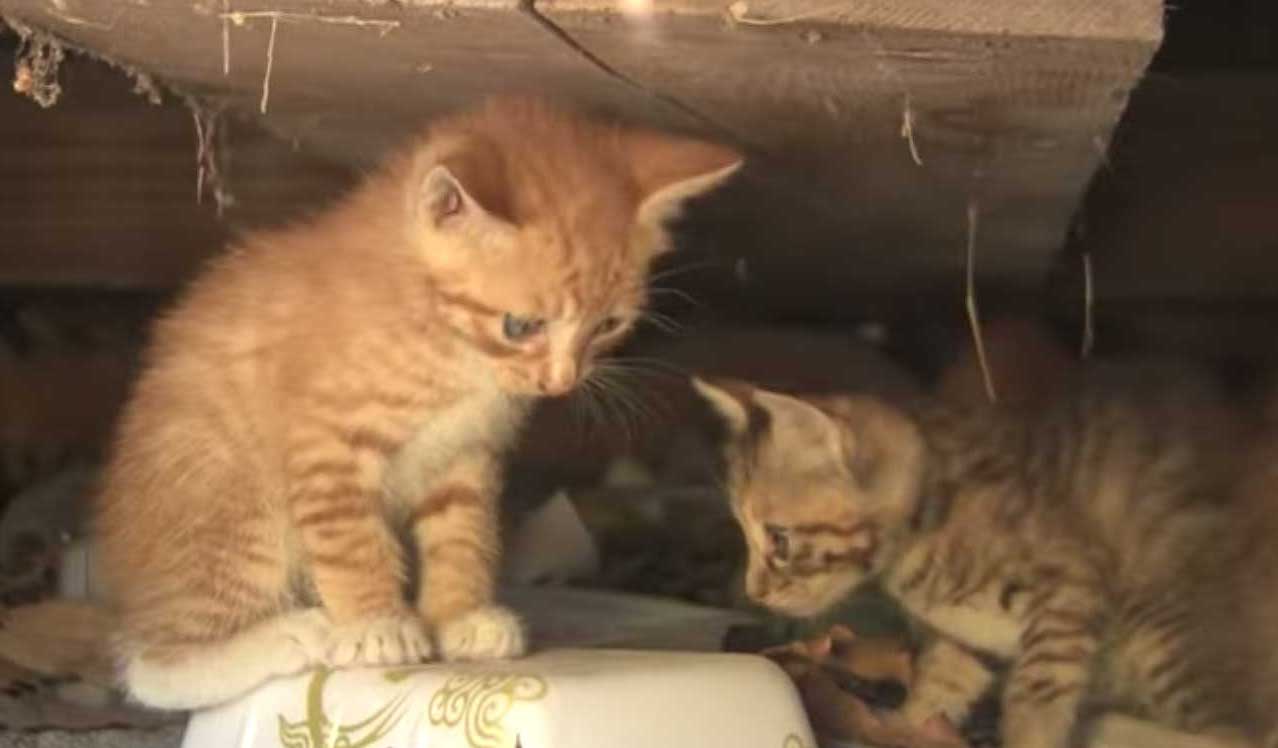 So a trap was set up with food inside and one by one the kittens entered to eat the food. Of course the mother cat was easy to catch as she was friendly and the whole family were taken down the mountainside to be checked out at the clinic. 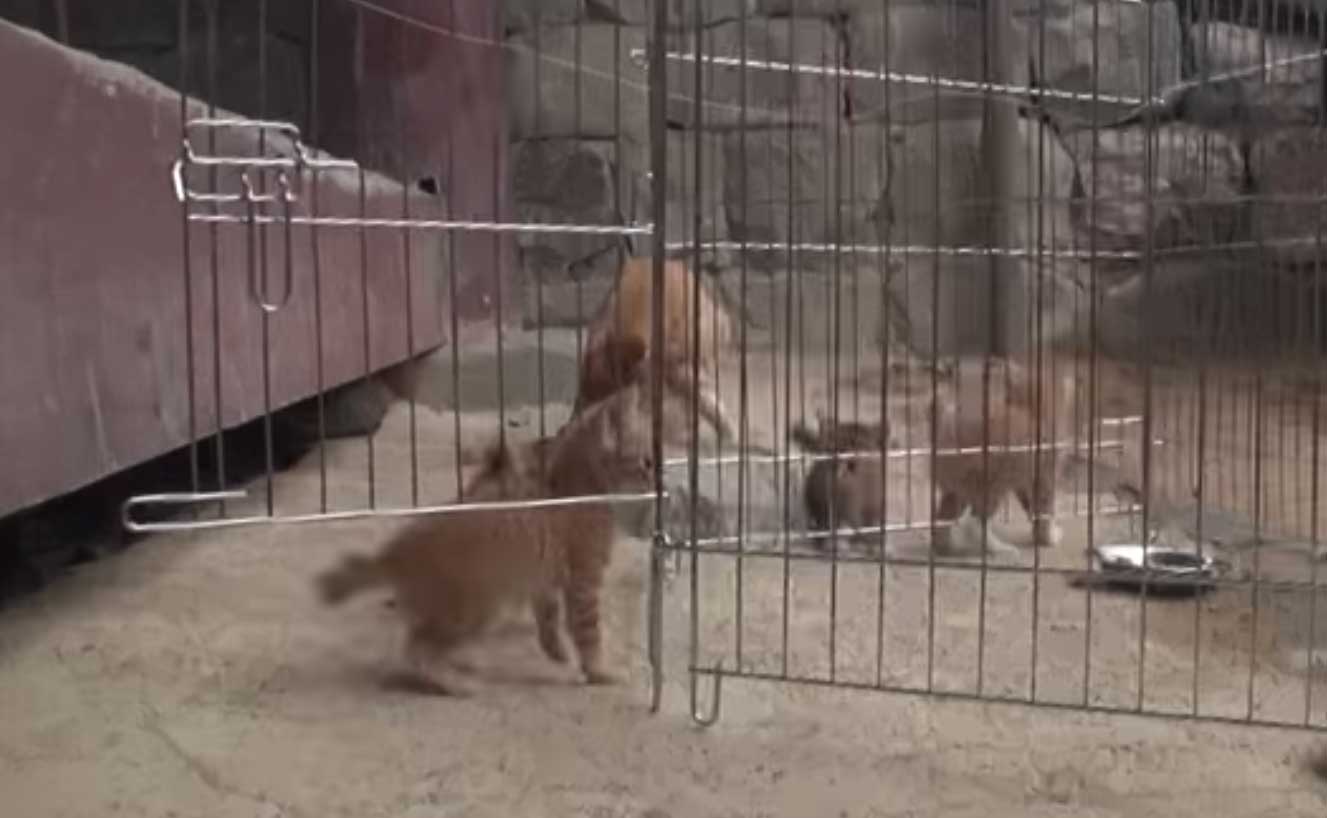 The kittens were all in good health, two girls and two boys, so their mother had taken great care of them despite her disability. The vet explained that the mother was lucky that she had no infection because of her injury but she must’ve been in great pain all the time.

Now the whole family is safe at the clinic and will soon be put up for adoption. What am amazing and very brave mama cat. 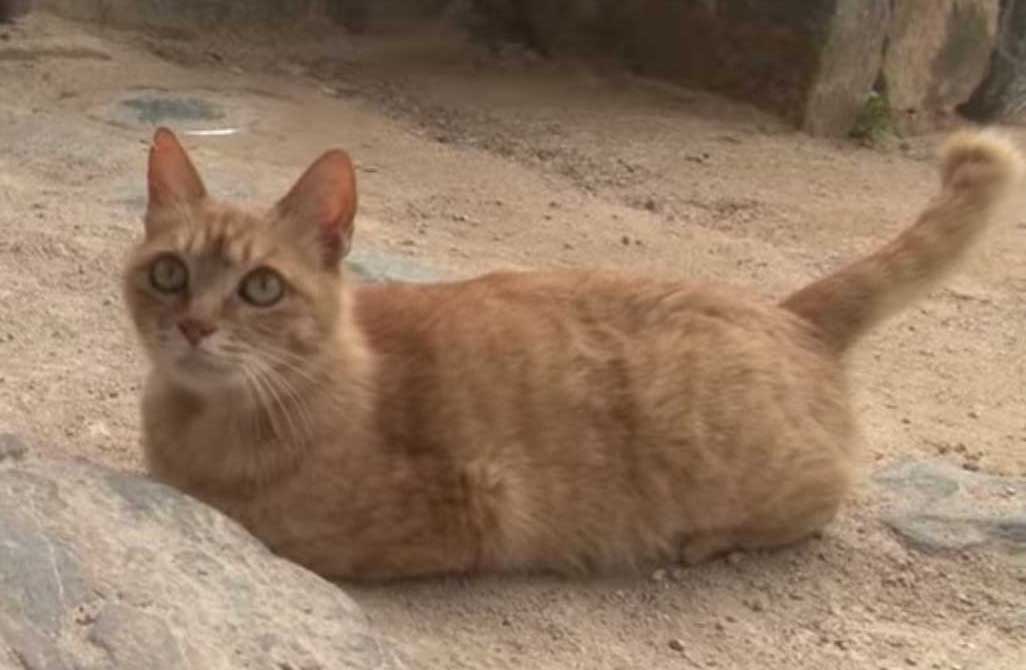 Click here for the story of a limping stray mother cat and her family of kittens!