It all started when Gianna Llewellyn and her boyfriend Rob moved in to their New York apartment last summer. Neither of them expected that the first neighbours they would see weren’t actually human!

While the two of them were working out how they would decorate their new living room, they noticed that they were being watched by two pairs of eyes through the window. 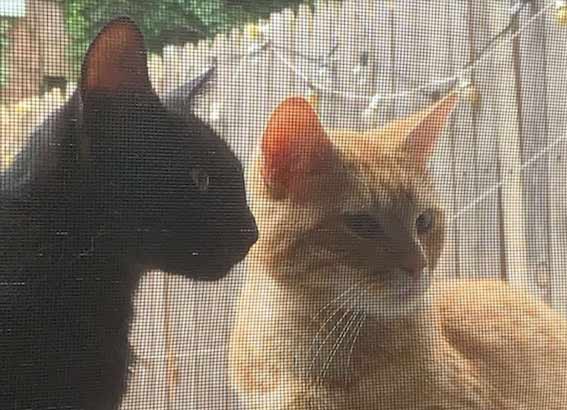 It was in fact two cats, a black one and orange one. They thought that they must be strays as both of them looked  very hungry, so Rob put out some leftovers for them, a nice piece of salmon that had been sitting in the fridge. “They started to come back every single night after that,” said Gianna. “Meowing, waiting at the door and sleeping on the windowsill.” 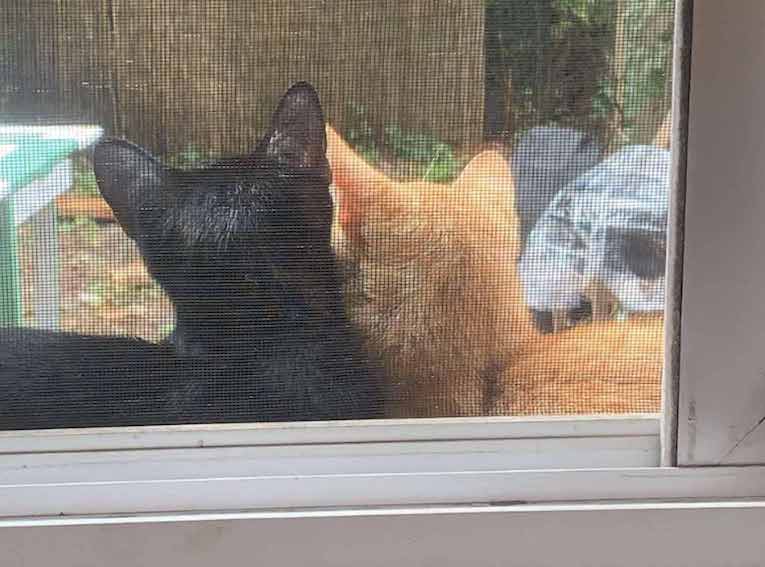 It didn’t take long for this couple to feel comfortable with the two cats so gradually they began to let them inside their house. They named the ginger cat Miso and the black cat Suki.

When the season changed and the weather got colder, Gianna noticed something different about the black cat. “They were both pretty small when we first met them,” she said. “Suki was very skinny but for some reason, her belly seemed a little big for her. So we were like, She’s either pregnant or something worse.”

So Gianna managed to get the cat couple into some newly bought cardboard cat carrying cases to confirm her suspicions and have them checked out at the vet. It turned out that Suki was indeed very pregnant but she was also healthy. 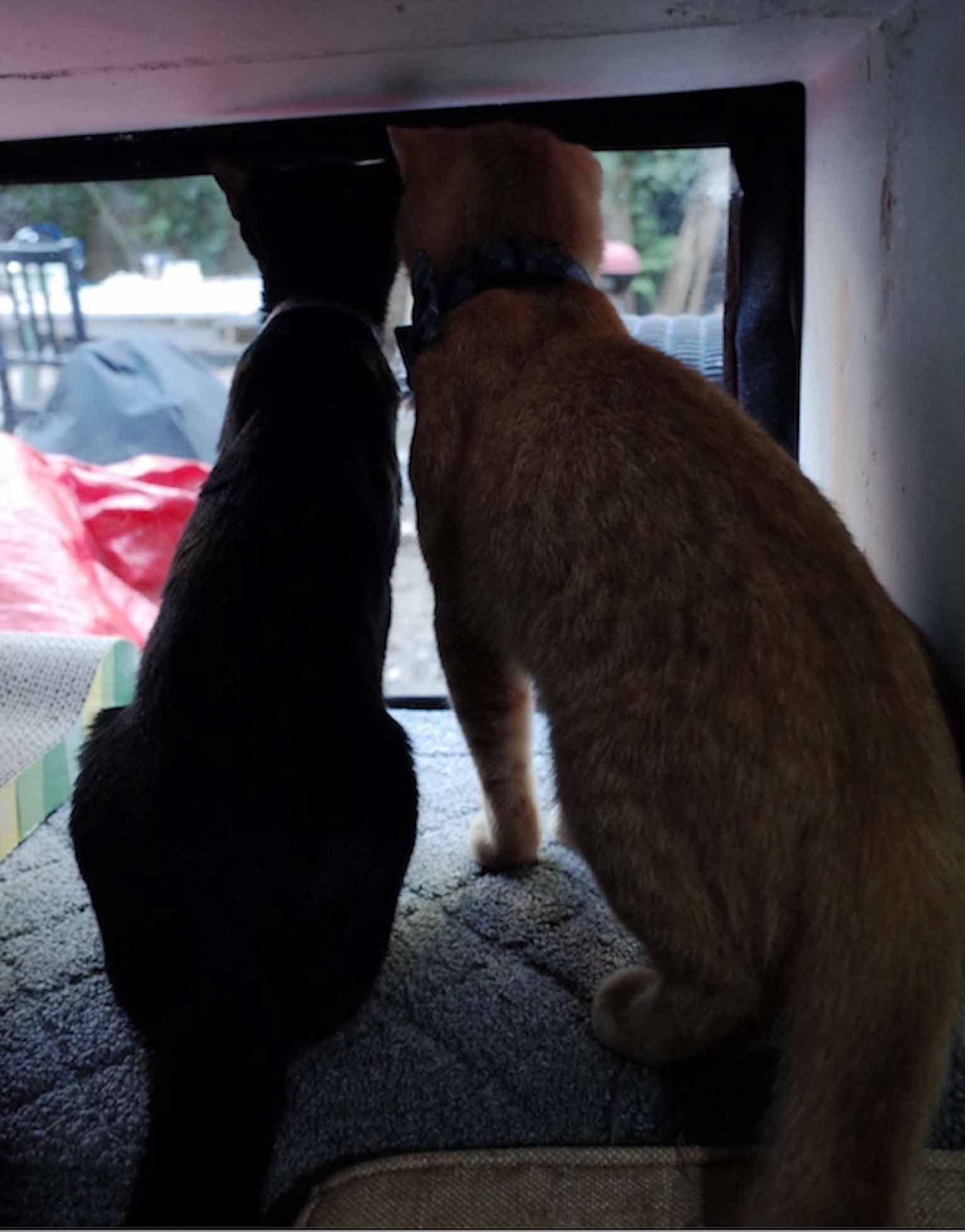 One night, Rob and Gianna returned home and found Miso standing over Suki who was meowing her heart out, next to her were four amazing newborn kittens. 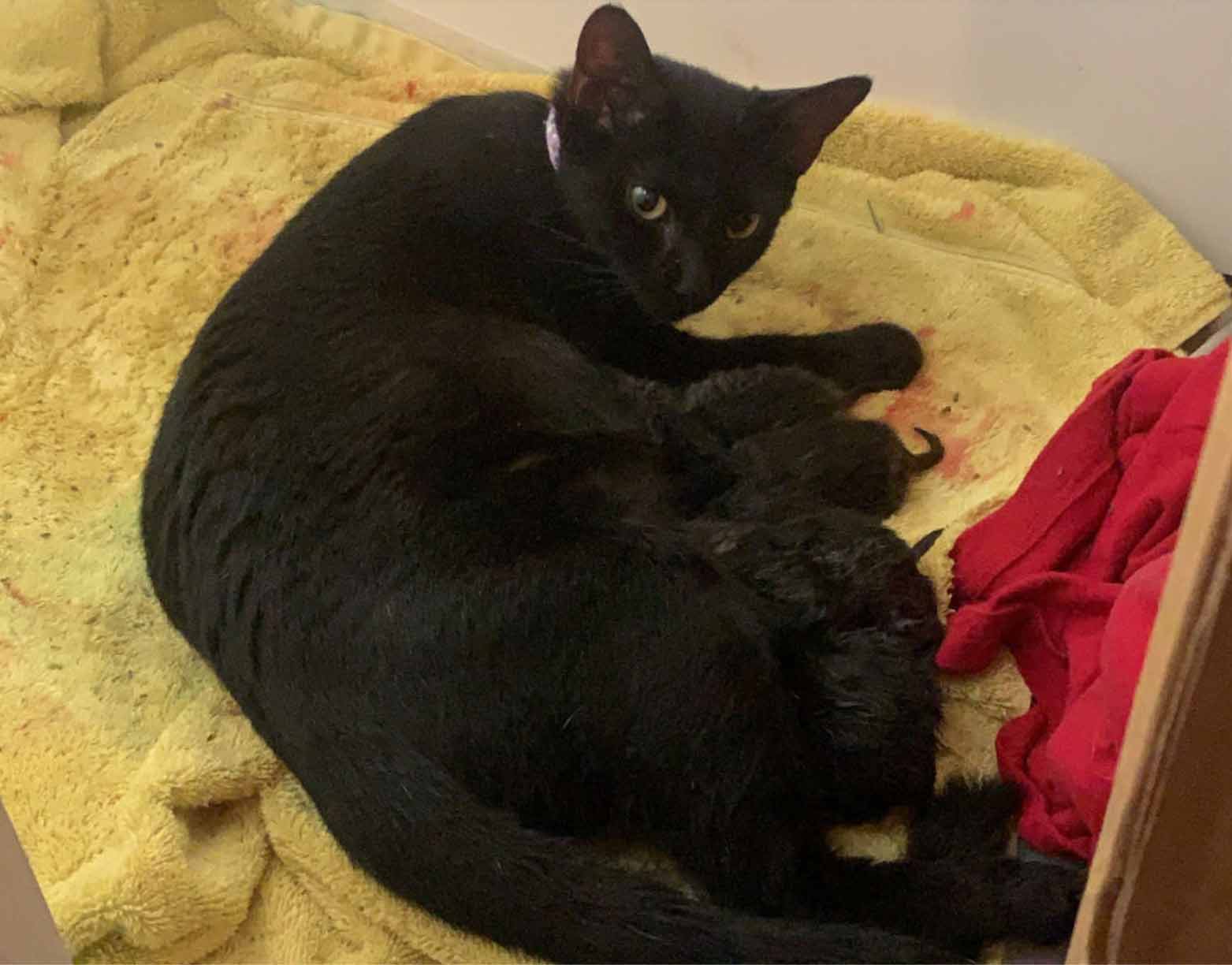 The couple thought that they had missed out on this very special moment, but then she gave birth to three more kittens! 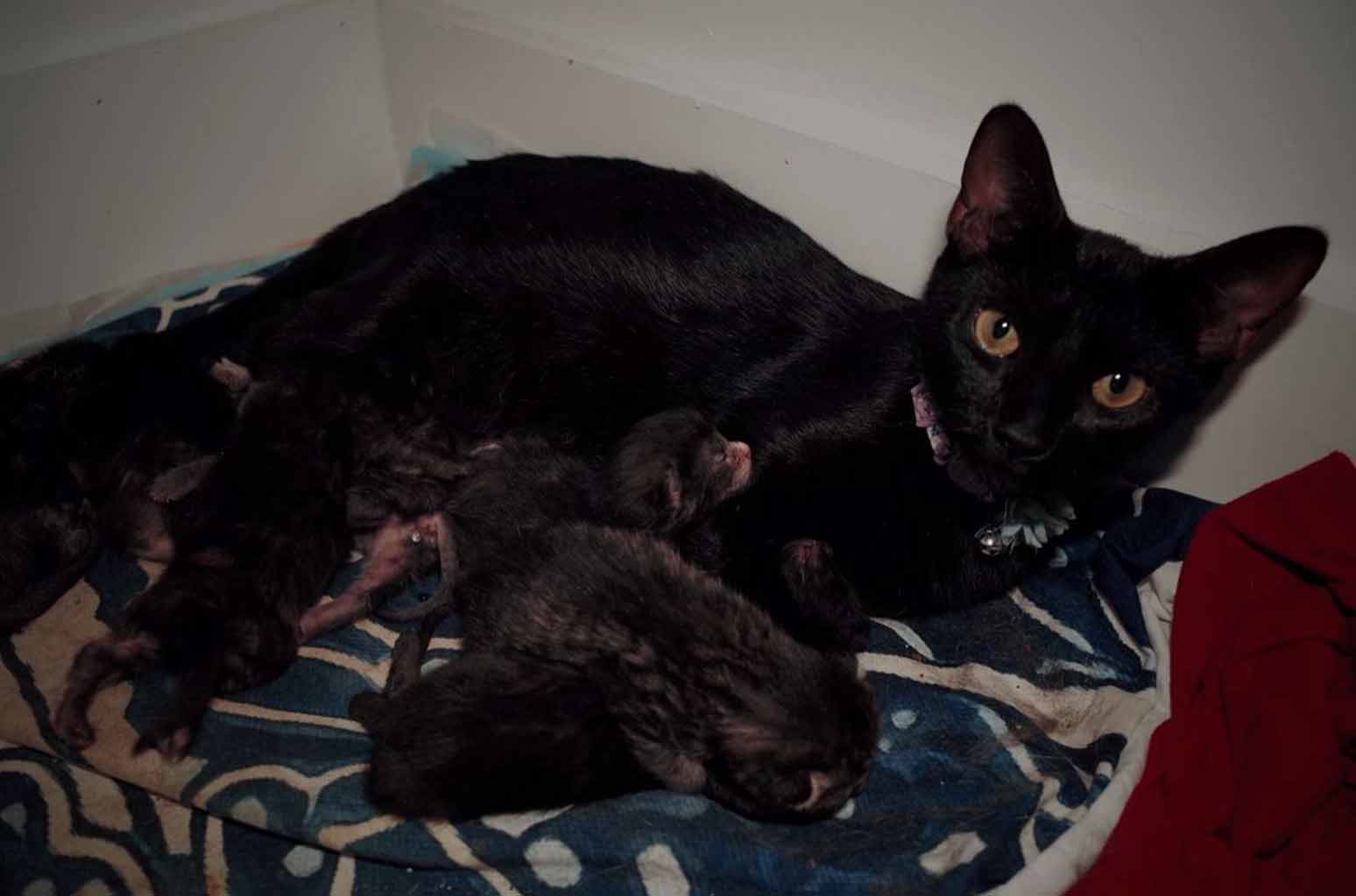 Every time that Suki meowed in pain her attentive Miso would run over to let her know that he was there for her. And over the next few days, Miso took the role of being father very seriously. He cleaned then, played with them and let them climb all over him.

Now this delightful kitty couple will have no worries about being strays again as they have become a permanent part of Gianna’s and Rob’s family. 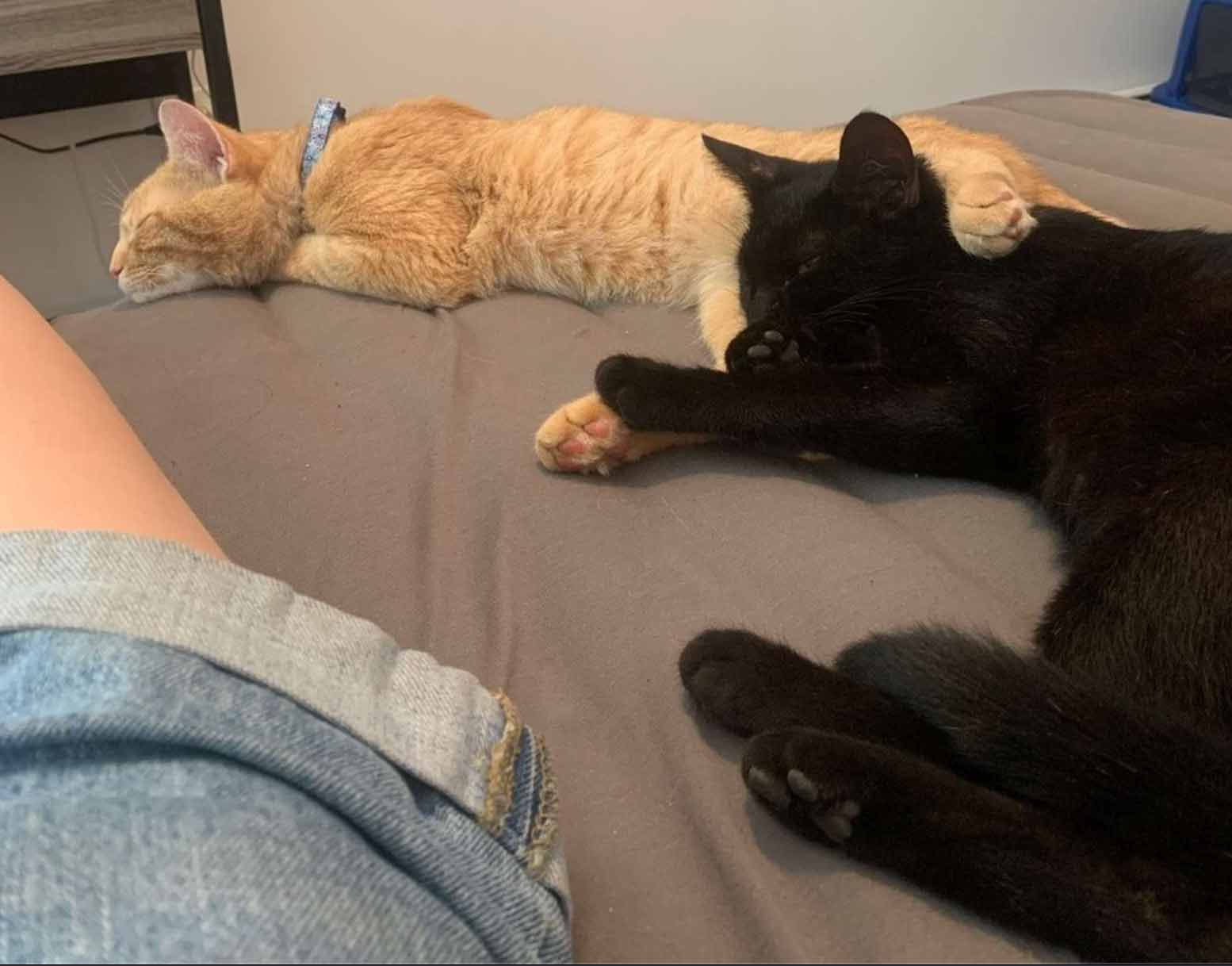 And if you are wondering, they have managed to find homes with their friends for all seven of the kittens. All’s well that ends well.